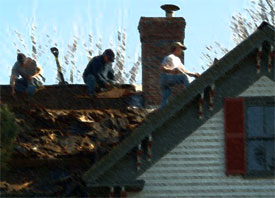 We’ve had some amazingly good weather in the Northeast for the past several days contrasting the national US housing market.

One the things I keep asking myself is: Why does conventional wisdom keep painting a rosy picture of the US economy, including worries about inflation, while housing is weak and getting weaker.

Here are today’s NAR stats [1] (sorry to non-WSJ subscribers, but a bunch of links there today):

Existing-home sales dipped during May to their lowest level in nearly four years, while inventories climbed and prices fell a 10th straight time.

Many foreign economies are getting overheated and their central banks are taking action to cool things off. One of the reasons the stock market has done well, despite housing’s weaknesses, has been the weak dollar and the resulting boost in corporate profits [2].

What does this all mean for stocks? Corporate profits have benefited from strength overseas and the weak dollar — one reason why stocks have been able to fly through the housing turbulence largely unscathed. The Dow industrials are up 7.2% so far this year, despite Friday’s selloff.

I have always pictured the Federal Reserve as having a laser-like focus on inflation, perhaps even with blinders on. That’s what they talk about, fret about, worry about and act upon. Consumers interpret them as being the captain of the ship, steering asset classes around trouble. However, the Fed seems less connected to asset class surges like stocks and housing of recent years and their causes. Limited oversight in lending activity, not just subprime is cause for concern. Consumers have been doing a lot of head scratching lately as to what the Fed is trying to achieve.

The US housing market has moved into slow burn mode, with declining sales activity, rising inventory and slipping prices [1]. But more significantly, and perhaps most unexpectedly, the implosion of subprime and re-consideration of the entire mortgage process is getting worse.

As it turns out, all the hype about housing price bubbles has proved to be focused on the wrong thing. Rising housing prices in recent years are really more closely associated with easy credit. Easy mortgages (cheap and limited oversight) created the demand, which led to rising prices.

In past boom cycles like we saw in stocks and housing, (real) regulatory oversight proved difficult because the pace was so fast. Hence, the mortgage industry became the wild west.

Now we have Wall Street licking its subprimal wounds and they are expect to get bigger. Recent troubles with hedge funds and subprime [3] make the point. There was little understanding of risk (does this sound familiar? [4]). Subprime mortgages as a key issue doesn’t seem to be going away and I suspect we are at the tip of the iceberg [5], with a lot more mortgage problems to be revealed in the near future.

Yet curiously, conventional wisdom is shouting an improving economy and a threat of inflation as evidenced by the rising 10-year treasuries. Foreigners wonder when the US is going to enter a recession while Americans worry that the economy is getting over heated. Strange. 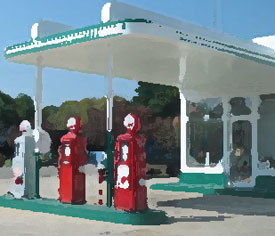 I suspect the subprime problem will continue to expand, further weakening the stock market. Rising mortgage rates will further weaken national housing market, and we will still be scratching our heads when the possibility of recession becomes even more real.

Of course, I can’t tell if the head scratching is attributable too much sun and not enough reality.