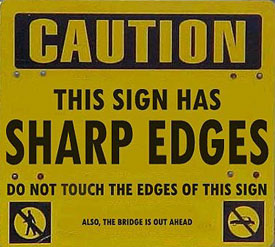 There are some signs that business is trying to pass along other costs to the consumer. Core inflation is up. With mortgage rates up since the first of the year, that leaves less room for a mortgage payment. And that is what has tempered demand – this is no new news to anyone, really. Yet there seems to be a sense of optimism that things will work out, without widespread carnage.

It would seem that the Fed has overestimated the willingness of business to take the baton from the consumer. Profits and cash are better but business is not spending with wanton abandon like consumers did.

Here’s a bunch of varying commentary concerning the housing market and overall economic conditions. Its fair to say that the pace of housing sales is declining and the economic conditions are slowing, the government keeps revising its initial housing stat releases downward, but beyond that, the devil is in the details.

In Caroline Baum’s opinion column this week Fed May Get What It Bargained for — and More [Bloomberg] [1]. The Fed by instituting a 425 basis point increase to the federal funds rate since June 2004, is beginning to reap the rewards of its efforts. The economy is cooling. One of the primary reasons for the cooling has been the housing market, but also consumer spending on durables, investment in equipment and software.

That wasn’t the new or most important news last week, however. The Bureau of Economic Analysis also reported that real gross domestic product grew 2.5 percent in the second quarter, down from 5.6 percent in the first.

That surprised analysts who were expecting 3% annual growth.

In Fed’s the grand scheme of things, the burden of economic growth was supposed to pass from the consumer to business. But that does not appear to be happening.

However, despite a slowdown in GDP, core inflation (excluding food and energy) rose to an 11-year high in June [MW] [2] which keeps the pressure on the Fed to keep raising rates.

While consensus seems to be 50/50 for the Fed to pause in August, I believe that its going to be one and done. I believe the fed overshoots by about 2 rate movements as it relates to housing. Possible rate reductions in 2007 are on the horizon. I wouldn’t get too excited since the damage has already been done to the housing market.

In Kenneth R. Harney’s The Nation’s Housing column this week Decoding Fed Speak On the Market’s Path [WaPo] [3] he interviews David Berson, chief economist for Fannie Mae who also has his own column [4].

One of the few immutable laws of economics is that “unsustainable trends eventually come to an end.” And the end of the trend is pretty much where we are right now in housing.

Ben S. Bernanke, chairman of the Federal Reserve, was more opaque. In congressional testimony last week, Bernanke said, “The downturn in the housing market so far appears to be orderly.”

Remember last month when the Census Bureau reported that new home sales increased by 4.6% in May that confused us all? That number was revised down to a 0.5% in the latest release. The lesson: _don’t rely on new home sales data when first released (if at all).

In Toddie Gutner’s Housing Prices Stronger Than You Think [BW] [5] she cites an incredibly optimistic housing report that she deemed refreshing because everyone else is pessimistic. (However, refreshing needs to have some basis of logic. – love the comments to her post.)

For extreme pessimists, there is something for everyone this week. In Rick Ackerman’s “For Sale” Signs Will Trip Crash [Goldseek] [6], he observes a silent crash in real estate. If you want to pull out all the stops and cram as much gloom and doom into one column, then this is the one.

Although prices have yet to sink, except in such formerly white-hot markets as Miami and Las Vegas, the mushrooming inventory of unsold homes nationally implies that a broad and precipitous decline is gathering strength. For the time being, though, we can expect a growing number of homes to sit on the market for longer and longer until either of two things happens: sellers lower their prices, or buyers raise their bids.

Actually, it won’t be a splat that causes sellers to panic, but rather a certain, unpredictable threshold at which “for sale” signs on neighbors’ lawns become sufficiently numerous to induce a cold sweat.