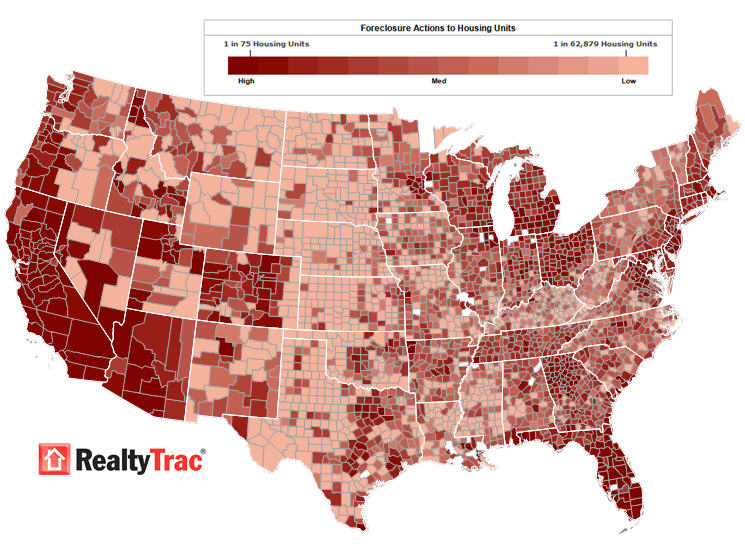 RealtyTrac [2] has released their monthly US Foreclosure Market Report today and its a mixed bag of results. In other words, its like unemployment. Its at a high level but the pace of increase seems to be abating. In other words, with 3.9 million notices sent to homeowners in default, it is going to take a while for this inventory to clear out.

Here are the foreclosure metrics by state [3].

And a news recap:

Phyllis Furman over at The Daily News does a nice NYC-centric analysis [4] of the results.

Dec. 10 (Bloomberg) — Foreclosure filings in the U.S. will reach a record for the second consecutive year with 3.9 million notices sent to homeowners in default, RealtyTrac Inc. said.

“We are a long way from a recovery,” John Quigley, economics professor at the University of California, Berkeley, said in an interview. “You can’t start to see improvement in the housing market until after unemployment peaks.”:

Statistical nirvana by default (sorry for the pun)