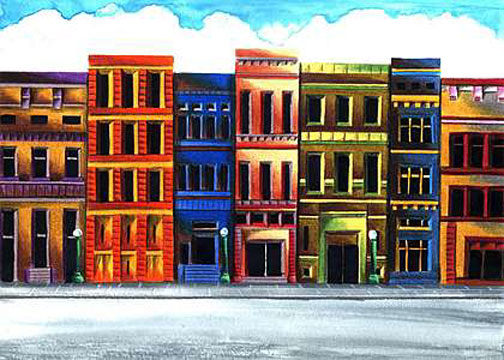 New Home Sales
“The Census Bureau collects new home sales based upon the following definition: “A sale of the new house occurs with the signing of a sales contract or the acceptance of a deposit.” The house can be in any stage of construction: not yet started, under construction, or already completed. Typically about 25% of the houses are sold at the time of completion. The remaining 75% are evenly split between those not yet started and those under construction. “

Existing Home Sales
“Existing home sales data are provided by the National Association of RealtorsÂ®. According to them, “the majority of transactions are reported when the sales contract is closed.” Most transactions usually involve a mortgage which takes 30-60 days to close. Therefore an existing home sale (closing) most likely involves a sales contract that was signed a month or two prior. “

To Summarize
Given the difference, the indicated trends in New Home Sales would probably lead Existing Home Sales by 30 to 60 days, the length of time it takes for an existing home sale to close from point of contract.

However, New Home Sales are more volatile from the standpoint that it is a much smaller data set as they represent something like 10% the number of Existing Home Sales.