After getting over the trauma of learning Pluto was not a planet [Detroit FP] [1] yesterday, I turned my attention back to the housing market. 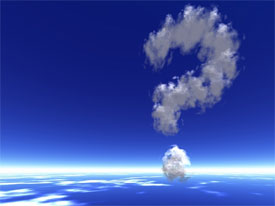 Will the Fed raise rates, or won’t they? Its been an exhausting year trying to second guess them. It appears, as past experience dictates, they went a little too far and now housing is weakening more rapidly than expected. Now the Fed has to figure out how to get the nation’s economy out of its dependency on housing. They are discussing this and other issues now at their annual retreat in Jackson Hole. [Bloomberg] [2]

Bernanke, Fed chairman since February, takes the Jackson Hole, Wyoming, podium today after two days of reports showing home sales and prices retreating after a five-year boom spurred by the strategy he advocated.

The results of that policy are now complicating his task as he attempts to maintain growth while wrestling down prices. Given real estate’s importance to the economy, the Fed may have to hold interest rates steady even as inflation exceeds Bernanke’s comfort zone of 1 percent to 2 percent, excluding food and energy.

There have been some interesting Fed studies over the past year, with mixed messages and some contradictions. Here are two examples:

The rise in housing prices over the past decade “owes significantly” to falling inflation-adjusted interest rates and changes in the mix between rates and the “housing premium,” which could mean more volatile home prices in coming years, according to a paper written by Federal Reserve economists.

The Chicago Fed says that low mortgage rates did not fuel the real estate housing boom. Spike in housing is no bubble, Fed says [Philly.com] [5]

“While we have so far mostly avoided discussing housing prices, our findings do suggest that to the extent that house prices have grown considerably in recent years, this is not due to unusually excessive speculation in the housing market, such as would occur in a bubble. Instead, our findings point toward the high prices being driven by fundamentals.”