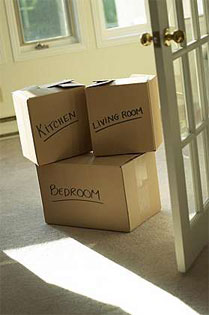 It is affecting population shifts, congressional representation and housing demand.

_Population Shifts_
In the article People Fleeing Pricey Coastal States for South, West [USAToday] [1] an analysis of the census data halfway through the decade, Americans are shifting away from the coasts toward more affordable locations such as the Southwest, Southeast and the Rocky Mountains.

The quest for affordable housing and jobs is driving Americans from expensive coastal states to more moderately priced parts of the country.

_Affordability_
A growing number of people are simply Too Poor for Hot Housing Market, Too Affluent for Buyer Assistance [Washington Post] [2]

Government officials “are scrambling to provide “workforce housing” — price-controlled homes for families with high five- and even six-figure incomes.”

While urban areas like New York have long provided housing assistance for low and middle income residents, areas like Washington, D.C. have focused on low income. As a result, there are a lot of residents simply priced out of the current boom.

“There are signs that the growing costs of homeownership are also beginning to take a toll on the housing market. “There’s a systematic erosion of affordability,” says David Seiders, chief economist of the National Association of Home Builders. That decline is “the main reason … the market is starting to cool.””