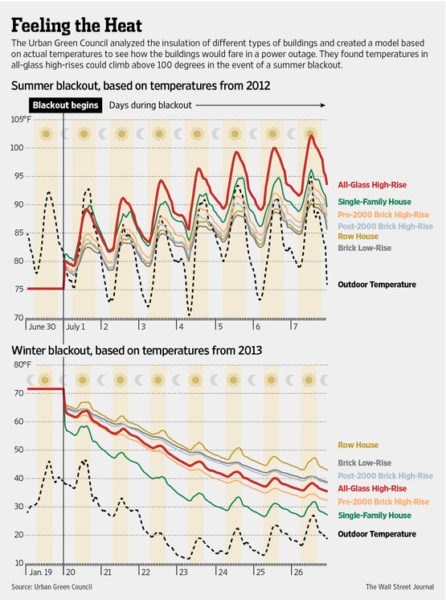 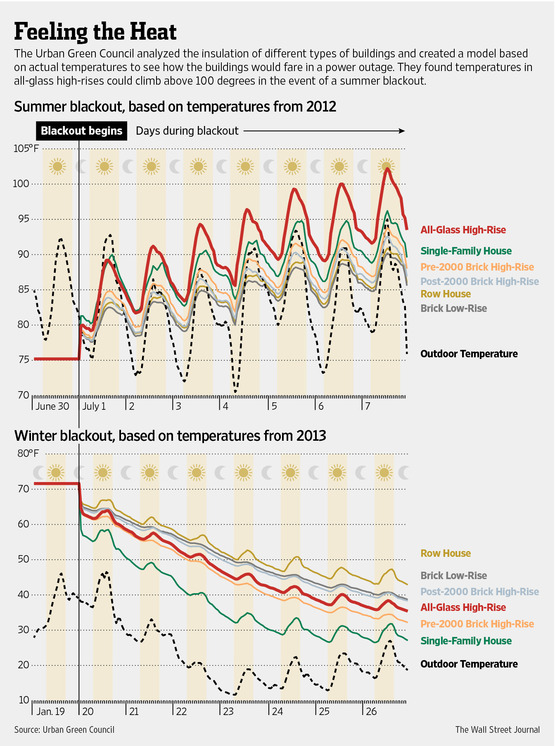 The Wall Street Journal released an intriguing article about the use of glass curtain walls on new buildings: Study: Glass Condos Could Pose Health Threat Through Overheating: Hot Summer Could Raise Temperatures Into Triple Digits [2].

The piece was inspired by content provided by the Urban Green Council [3], who are trying to push for more rigorous building standards in the aftermath of Superstorm Sandy [4]. They’ve had a PR bonanza for this one since the story was even picked up by Gawker [5].

But the findings were disputed by some developers and architects, who said that glass buildings in recent years have made big advances in overall energy efficiency. That includes improved glass with special coatings to reflect heat and more insulated surfaces in building walls, to comply with increasingly rigorous city and state energy codes.

The idea of glass curtain walls became a bigger issue in the recent boom and the current boom than in years past: the technology has improved, and with shift in the mix towards luxury development, the need for expansive views and light to raise values made it more popular. The irony of this is, and this is certainly not a definitive statement, that glass curtain walls can be less expensive [6] for luxury development than using more traditional mortar/window installs if it is not load bearing.

And Toronto seems to hate them (when not writing about Mayor Rob Ford [7]) in this CBC piece: Throw-away buildings: The slow-motion failure of Toronto’s glass condos [8].

Ilya Marritz at WNYC just posted on this topic with the understated title: People Who Live in Glass Houses are Really Hot [9]. Here’s the radio version: