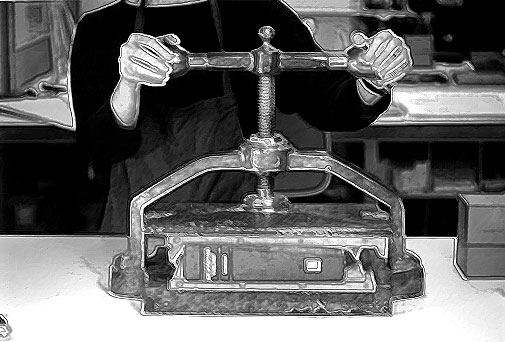 Back in June of 2005, I was interviewed by Bob Moon of American Marketplace. I was very PO’ed about the pressures placed on the appraisal profession because the structure (the relationship between the independence of the appraisal process and mortgage origination) was inherently flawed. About a month later I launched Soapbox [1] as well as Matrix and the interview became my first post [2].

This past Friday, several people told me about an NPR radio piece called: Inflated home appraisals? Rings a bell [3] where they referenced my warning of two years ago.

It was back in June of 2005 when we heard from a leading property appraiser in New York City, Jonathan Miller. He told us lending institutions were colluding to get people loans that they were going to have big trouble paying back.

This is action is unprecedented, and Cuomo suggests there are more cases to follow. In fact, the Office of Thrift Supervision [OTS] is getting in on the action which suggests a turf war may even develop [7] as the states took more vigorous action before the feds did.

Kevin L. Petrasic, managing director of external affairs for the Office of Thrift Supervision, the Treasury Department agency that oversees Washington Mutual, says the agency is “looking into the allegations that were put forth in the [New York] complaint.” He added that it “concerns us” that the attorney general “had information that consumers were not protected…but didn’t bother to contact the federal regulators. Isn’t that the whole point of regulation?”

Whether or not the parties in this particular case are guilty, the complaint drafted by the AG’s office is one of the best presentations of how portions of the lending industry think of the appraisal profession and how the appraiser is readily placed in a position that compromises their neutrality.

If you want to understand the topic of appraisal pressure, the following documents are a must-read:

The AG Complaint is very well written. It lays out the systemic problem of appraiser independence in a clear and logic way. I feel its essential reading for everyone involved in real estate in some capacity.

It’s going to be interesting to see how the AG tries to prove that the defendant actually carried out its client’s wishes and was guilty of systematic fraud (i.e. the appraiser intentionally appraised a property 7 or 8 or 10% too high). This particular measurement is the key metric required to flush out this fundamental problem.

While I don’t work for either of these two companies and therefore cannot comment on their guilt or innocence, I can say, in the larger perspective, that it is refreshing that something is finally happening to on the appraisal pressure front. The appraisal profession is not flashy, has limited lobbying influence in Washington and is not very well understood by the public. It is also not well compensated, and yet it is at the center stage in the mortgage-origination process where trillions of dollars are at stake.

WaMu used to have an in-house appraisal review function that served to insulate appraisers from the pressures of the sales function within the bank. Last year, however, in a cost cutting move, Miller Samuel, [10]as well as many other independent appraisers, lost WaMu as a big client when they closed all their in-house review functions [11] and went with appraisal management companies, eAppraisIT and Lenders Service.

As evidenced by the charges, it would appear that this change called into question the independence of the appraisal process exposing it to more pressure, especially given this situation in which 267,000 appraisals per year from one client were at stake. That’s the proverbial “all eggs in one basket” scenario and places such a large firm even more dependent on the whims of a client, not less as WaMu suggests.

The $50,000,000 in appraisal fees paid out by WaMu at that volume level, makes the average appraisal fee $187.27. Combine this with a 48 hour turnaround time and I start wondering about quality.

WaMu has stated that they have no incentive to pressure appraisers. While I am not passing judgement on WaMu, I don’t see how that’s possible when the risk inherent in the mortgages can be offloaded to unwitting investors. As Floyd Norris mentions in his blog:

But maybe, just maybe, it is not a good idea to arrange for a lender to have no stake in whether the loan is repaid.

Certainly a big part of the unwillingness on the part of the secondary market investors are reluctant to buy any mortgage paper right now is a direct function of their skepticism about the credibility of the appraisals underlying the loans.

After the dot-com bubble crash in 2000, investment banks were forced to erect much tougher “Chinese Walls” to insulate equity analysts from the pressures of investment banking clients who could only imagine that all their stocks were a ‘buy’ and never a ‘hold’, much less a ‘sell’. Maybe this is an important precedent for the mortgage lending industry if they want to (or are told that) they must reestablish the credibility of the appraisal function.