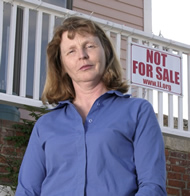 The fallout from the seminal Supreme Court eminent domain [1] ruling KELO et al. v. CITY OF NEW LONDON et al. [2] has been widespread as state legislatures have sought strengthen state’s rights [3] in order to prevent the takings of private property for public development.

Its been a year since the eminent domain ruling and the City of New London, Connecticut has negotiated with the two remaining homeowners to vacate their private homes [4] in order to make way for private development.

The ruling touched a nerve for the simple reason that its one of the basic principles of US citizenship.

Government ability to seize private property for public good has been relegated to things like roads, schools and government buildings. Economic reasons have now reached the forefront of the concept. This is not a new concept [5].

For them to come in and tell me how much my property’s worth and for me to get out because they’re bringing in somebody else when I own the land is unfounded to me.

Kelo brought clarity to the concept however and touched a nerve. This could be of particular concern on the east coast where land is much more scarce and big box retailers, who try to stay below the public relations radar, may seek to take advantage [6].

The federal government has now taken action to prevent its own agencies from seizing private property [WSJ] [7] except for public projects reflecting conservatives concerns over the erosion of the Constitution’s Fifth Amendment. They have argued such takings are an unjustified governmental abuse of individual rights. Liberals see the new power as a powerful tool in urban renewal to revitalize cities. The executive order [8] is an attempt to offset some of the momentum of the Supreme Court ruling.

The battle over the issue will be waged for years to come. The New York Times posted an editorial for the responsble use of Eminent Domain [9] and the good that it can do. The Real Estate blog quipped that the New York Times is calling for responsible use of eminent domain while it was imposed on the development of their upcoming new headquarters on 41st Street [10].

In 1998, pharmaceutical giant Pfizer built a plant next to Fort Trumbull and the City determined that someone else could make better use of the land than the Fort Trumbull residents. The City handed over its power of eminent domain [11]—the ability to take private property for public use—to the New London Development Corporation (NLDC), a private body, to take the entire neighborhood for private development. As the Fort Trumbull neighbors found out, when private entities wield government’s awesome power of eminent domain and can justify taking property with the nebulous claim of “economic development,” all homeowners are in trouble.

I am all for urban revitalization, new urbanism, etc., but this ruling goes beyond where I am comfortable. Everyone can call it as they see it from a distance, thats easy. Imagine living in your home for 40 years in an area where there is no urban blight, where houses are kept up, and the community is cohesive? What is the just compensation in this case? [12] That is exactly what happened in New London, CT.

I suspect that the issue of just compensation, is probably more than market value can support.