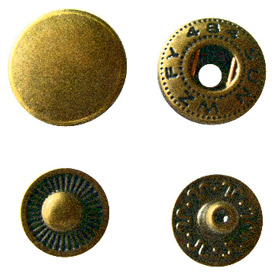 Is it just me? Lately I’ve noticed a lot of (my) kids and a few adults inserting the words oh, snap [1] into their conversations. In fact, even on twitter [2], it’s being injected into tweets. The phrase represents a pause in the conversation. Some sort of neutral placeholder…like the color beige is. Or could this simply be a wildly creative and inventive way for me to lead into the results of the current Beige Book?

The Federal Reserve just released the Beige Book [3], which provides anecdotal commentary on the economy nationally and across the regions of its member banks.

I love it as a resource because it (gasp) doesn’t use numbers and gives us a reprieve from all of that. I’ve been interviewed for it for a number of years and find it to be an invaluable resource in understanding the state of the economy.

Here’s real estate and mortgage excerpts from the full report as well as links to the individual regions [3].

Housing markets and home construction remained sluggish throughout most of the nation, though there were few signs of any quickening in the pace of deterioration. Ongoing weakness in housing markets, in general, was reported in almost all Districts. Sales activity was generally reported to be declining in the Boston, New York, Philadelphia, Atlanta, St. Louis, Minneapolis, Dallas and San Francisco Districts, while Kansas City and Chicago noted slack demand and excess inventories. On the other hand, the Cleveland District saw some pickup in activity, while Richmond and Atlanta reported some pockets of improvement; Boston, Atlanta, and Chicago cited some recent pickup in traffic or buyer inquiries. New residential construction was reported to have remained at depressed levels, and none of the Districts reported any pickup since the last report.

Declines or downward pressures in selling prices were specifically reported in the Boston, New York, Philadelphia, Richmond, Atlanta, Chicago, Minneapolis, Kansas City, and San Francisco Districts. In particular, New York and San Francisco noted some incipient price declines in areas that had previously shown resilience–respectively, New York City and the Pacific Northwest, as well as Utah. On the other hand, the Cleveland District noted some stabilization in home prices.

Credit quality was reported to have deteriorated, on balance, since the last report. Increased delinquency rates were noted by New York, Philadelphia, and Cleveland, while Kansas City reported that loan quality remained lower than a year ago. Widespread tightening in credit standards was reported, especially on residential and commercial real estate loans. In general, banks were reported to be tightening credit standards in the New York, Cleveland, Atlanta, Chicago, Kansas City, Dallas and San Francisco Districts.