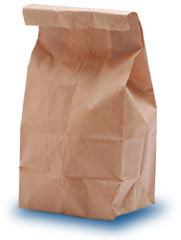 In Justin Lahart’s column Mortgage Mirage [WSJ] [1] (free summary [SeekingAlpha] [2]) the idea that the rebound in mortgage applications will somehow return the housing market to its old glory is simply false.

Mortgage rates have been generally trending down since early July and that alone has not stimulated housing demand. In fact, new home starts as well as existing home sales prices and volume have slipped. This would seem to be evidence that the economy and mortgage rates will slip further before getting better.

While consumers did notice falling mortgage rates this summer, rates were not at low enough levels to refi out of an impending mortgage reset and keep their payments the same. No apparent impact on sales activity yet.

The way to fight out of this paper bag is going to be either with falling prices in some markets or price stability while waiting for the economy to catch up in others.