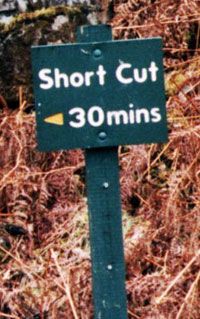 In this Sunday’s cover story in the New York Times real estate section, Teri Rogers addresses the growing auction phenomenon in Taking Another Look at Auctions [NYT] [1]. The intro of the article uses the former chairmman of GE, Jack Welch, who is known for his business savvy. He has taken this route after his house did not sell.

Like Mr. Welch, whose other Connecticut house lingered so long unsold, many sellers who are now dipping their toes into auctions have first thrashed about in the riptide of what is increasingly a buyers’ market. They have suffered the emotional distress of an extended listing, and if they have already bought their next house, they are battered by double mortgages.

To them, an auction’s speed (often 45 to 60 days from first showing to closing) and finality (no further negotiations may occur after the gavel comes down or a sealed bid is accepted) outweigh the negatives: marketing costs ranging from several thousand dollars for a four-bedroom tract house to $100,000 for a Welch-sized estate, usually paid by the seller whether or not the auction succeeds; negotiable commissions as high as 10 percent; and a selling price that typically lags 10 percent below the last listing.

During the last housing downturn, auction sales proliferated as a vehicle to get rid of thousands of unsold listings during the 1990-1991 recession. Today economic conditions are significantly better than the last post-housing boom period so the motivations are different.

Rather than focusing on the mechanics of the transaction which was covered in the NY Times article, I am more interested in its impact on the ultimate price and marrketing time.

As the nation’s housing market continues to soften after a five-year boom, more sellers are eschewing traditional real estate listings for public auctions, which accounted for 6 percent of all U.S. real estate sales in 2004, according to the National Auctioneers Association. That number grew to 19 percent in 2005 and is expected to balloon to 30 percent by 2010.

I would submit that those figures (1 in 5 sales) appears exagerated, however the trend would be expected to continue during a weakening real estate market.

Its yet another vehicle for marketing hype that may or may not be effective.

auctioneer for Palm Beach Gardens-based Illustrated Properties, added: “Auctions create a buying frenzy. It’s an ego thing. If you’re trying to buy something, you don’t want the guy next to you to have it.”

How does an auction sale fit into the overall scheme of things?

Quite often, properties that go to auction were either overpriced or the seller wants to accelerate the marketing time. Its not a panacea for sellers because at the end of the day, its all about price. As people look to beat the market, they become more open to explore other options for sale.

In the Welch example, the property was not selling and had been on the market for a long time. By definition, the property was likely over priced. There’s no magic to this. If he sells it quickly at a reduced price via auction then perhaps it would be considered a success because it met his time objective and it would be hard to argue with the success of the auction. However, the sale would more likely be attributable to the fact that it was featured on the front page of the New York Times real estate section.