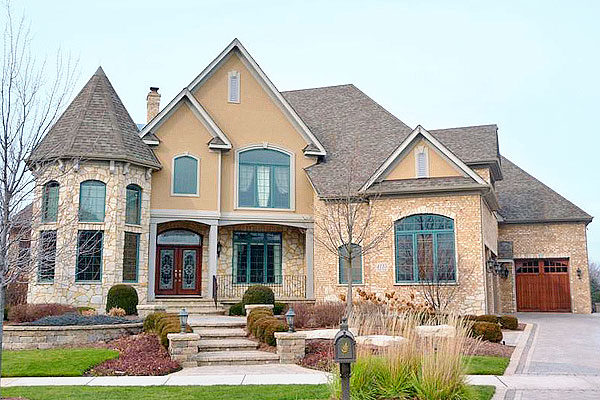 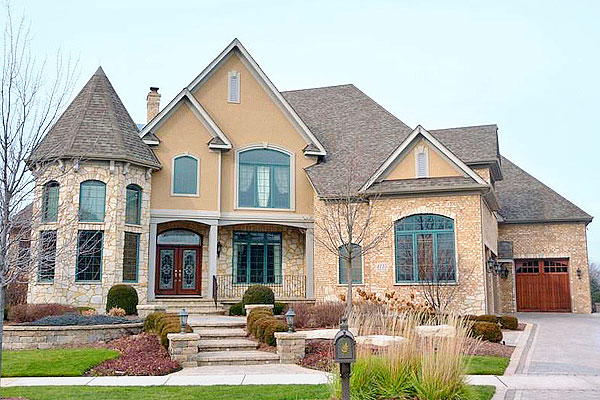 This 16-room house on the far western edge of Naperville sold in November for $1.05 million. That’s 38 percent of what it cost to build. In approving the short sale—where a property is sold for less than the outstanding mortgage amount—the lender, IndyMac, accepted a loss of over $1 million.

Here’s some local feedback from someone I know in the area – remember this is an 11,000 square foot house built in a neighborhood with homes no larger than 5,000 square feet [1].

This area was the last big subdivision left in land-locked Naperville which has 140,000+ people. It started in 2005, and the real estate recession hit hard in 2006 and there was a high school boundary change that put this neighborhood out of the favorable high school.

In the listing “Peterson Elementary’ is a short walking distance to this home. That school was built mid-decade and the school district never opened it because the subdivision stalled. It still sits empty 6 or so years later.

When I graduated from college my first job was very close to Naperville and in fact my boss lived there. It was called the fastest growing town in America. My boss used to tell me how she would run her lawn sprinklers at night because there were watering restrictions because of the rapid growth. It was still risky because they had full time patrols looking out for illegal lawn waterers.

Those were the days.