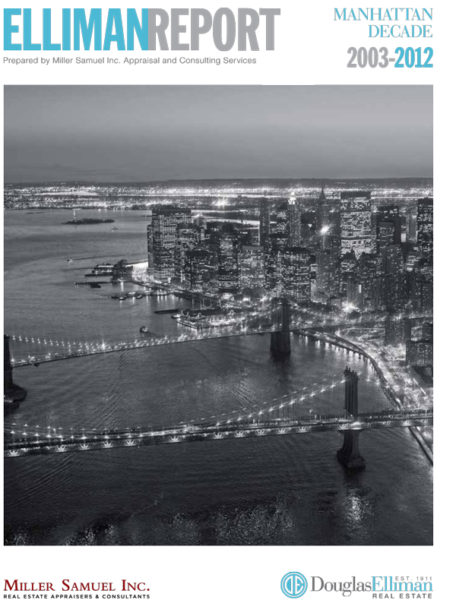 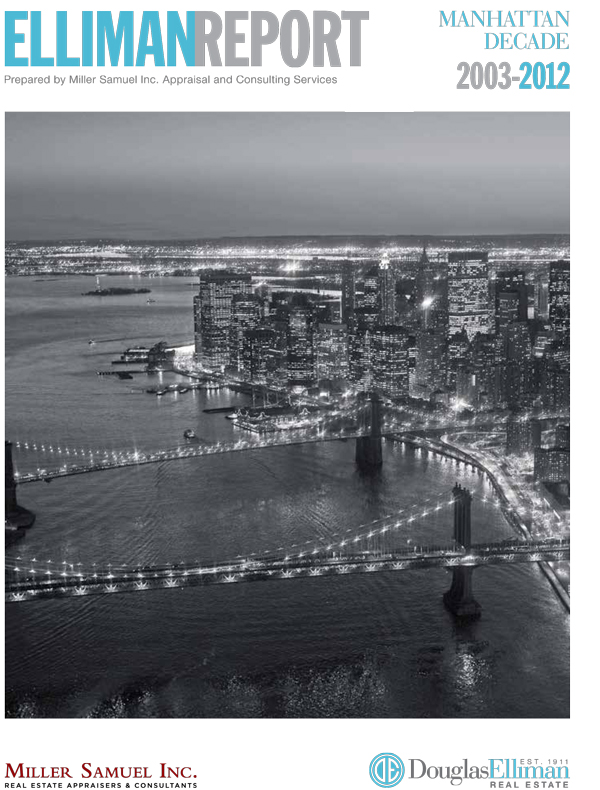 We published our Manhattan Decade [1] report, a ten year moving window data compendium of the market from 2003-2012. It’s my favorite report just for the sheer volume of information that doesn’t exist anywhere else. I long ago dubbed it “The Phone Book.” This is part of an evolving market report series I’ve been writing for Douglas Elliman [2] since 1994.

Here’s an excerpt from the report:

…For the fourth time in 5 years, the number of sales exceeded the 10,000 threshold. The number of sales increased 3.4% to 10,508 from the prior year to the second highest level of the decade despite declining inventory and historically tight credit conditions. For the past three years, sales activity has remained remarkably consistent as the market settled into a stabilized period following the onset of the credit crunch marked by the bankruptcy of Lehman Brothers in the fall of 2008. The peak year for the number of sales in the decade occurred in 2007, reaching 13,430. The 2012 total was 21.8% below the decade peak. However the 2007 level was the top of the housing/credit boom, considered an anomaly rather than a normal period of housing sales…

Later today we’ll have additional information available on the market so you can build your own custom data tables [3] and browse our chart library [4].