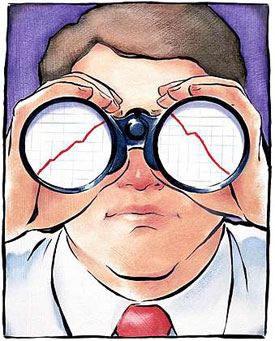 You know what I am referring to…

Businessweek Online did a series of interviews with economists to see if a housing bubble exists. [1]

While housing experts have described the current situation as either a bubble or at worst case, a boom,when a bubble bursts, the price drop tends to be gradual. [2]

Reportedly more than 50% of the employment gains over the past five years have been related to the housing industry. So it appears to be clear, that a market correction in housing would do a lot of harm to the economy.

A study by National City Bank saw that in 1 in 5 metropolitan areas, housing outpaced income, making them more vulnerable. Fannie Mae is also concerned but says that the middle of the country is less of a concern than the coasts. Location seems to matter.

Americans are more vested in real estate than the stock market. According to the Federal Reserve, the appraised value of housing accounted for 145% of GDP while stocks and mutual funds accounted for 82%.

The Economist Magazine charted housing prices for Britain, UK and Australia. Both Australia and the UK saw far more appreciation than the US, more than double. Now price changes there have fallen below the US pace. The chart makes appreciation in the US look relatively tame.