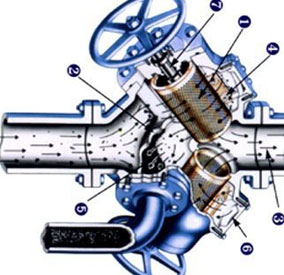 A few years ago in New York, a common quip was “sooner or later every building is going to be a condo.”

And it seemed like it. Famous hotels [2], rental buildings, not so famous hotels [3], office buildings, affordable and middle class housing projects [4], old lofts and government buildings found a potential new use: luxury condos.

But building permits reached 27,000 and a residential condo glut was forecast. However, the widely cited permit figure is the combination of many forms of housing such as rental and hotel, not withstanding, many of these deals never get done. Still its a big number and no one (self included) maintains a publicized list of what is coming online.

With herd mentality firmly in control two years ago, everyone was talking about how bad the glut was in Miami and that New York was next. Sellers looking to cash out, threw their apartments on the market to see what they could get. Buyers became renters or could not get deep discounts in their negotiations.

The slow down in demand caused the residential apartment inventory to nearly double from 2004 to 2006.

Then a funny thing happened in New York last year, that didn’t seem to happen in the same scale as in markets like Washington DC, San Diego, Miami, Las Vegas, Pheonix and others. Developers of new conversions adapted to new uses in mid-renovation from condo to hotel, extended stay, offices and rentals. Our commercial advisory firm Miller Cicero [5] began to see the tide turn in development sites and condo was not always the obvious choice anymore. Developers were seeing the market and were able to adapt.

Still, the number of condo units coming online remains a concern. The law of supply and demand seems to be working here so far, but why?

The office market has exploded in New York. For example, I fought for a 10 year deal with my office lease when vacancies were high and rents were depressed. My broker tells me the market rate on my office rent is up about 75% in 3 years since I signed the deal. In the past two years tourism has continued to rise causing virtually 100% occupancy during holidays and conventions, drawing concerns from the city government of damaging tourism. Rising employment has created demand for office space, and kept the demand up for housing while the weak dollar has kept tourism at record levels.

And most importantly, individual speculators (aka flippers) never became a force here so residential development was not based on musical chairs (aka proverbial ponzi schemes).

Everyone seems to be scratching their heads these days, wondering why the demand for owner occupied housing is rising right now, in contrast to the national market.

Yet the core footing of the real estate market, in fact, seems to be real. I think that buyers in this market, as evidenced by the record jump in activity in the first quarter [6], have been converted.