Although I’ve shared the following CNBC clip before, it’s worth showing again given my 15-year ago hairstyle. In 2005, I was interviewed by CNBC in the midst of the Housing Bubble and said that 75% of the appraisals being done then weren’t worth the paper they were written on (hey it was 2005 and they were done on paper, not pdf). They found me because I had just started my Matrix Blog [2] because no one seemed to be listening to appraisers. Incidentally as of this week, Matrix is 15 years old!!!

And the October Research stats presented indicating that 55% of appraisers felt pressure to hit the value rose to 90% in the next year! The outlook was dire.

When I was interviewed, I was trying to keep it together because I assumed my business and my livelihood would be gone by 2008 if things continued. Thoughts about supporting my family of 4 sons and making my mortgage payments loomed large, but I couldn’t be morally flexible unlike many of my local peers who thrived as a result. Most lenders and mortgage brokers didn’t care about valuation quality, just hitting the numbers to make the deal. The appraisal profession became seen as one of “deal enablers” instead of neutral valuation benchmark setters. My big competitors at the time (who were part of the 75%), told me essentially: “Aw Miller, You Don’t Get It.” No, I didn’t. All my “75% competitors” during that era lost their licenses and/or went out of business after Lehman collapsed in 2008.

This is why this new documentary “THE CON [3]” means so much to me. It tells the story that “good appraisers” like me and my firm have never been able to tell. Instead, good appraisers have been lumped in with the bad appraisers who are long gone.

Watch for my appearance along with several of my colleagues around the country in this week’s episode 2!

Think too much risk was the reason for the 2008 financial crisis? Nope. Unmitigated greed and systematic fraud are the real issues — and no one’s discussing them…. Until now. @theconseries is now available on virtual cinema: thecon.tv/watch #TheCon 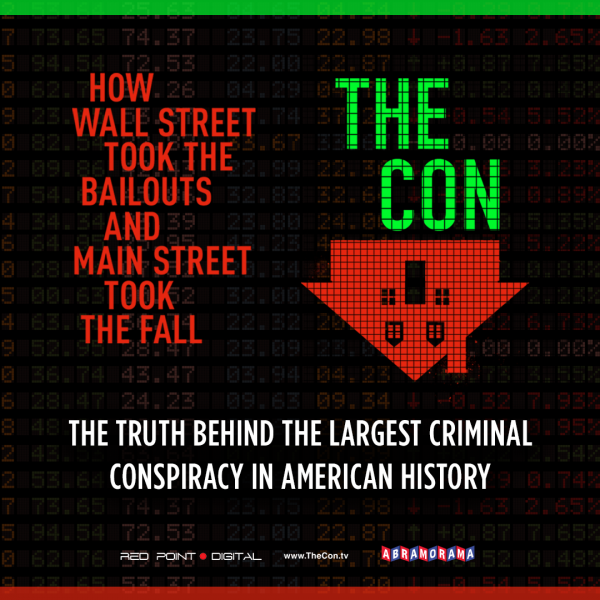 Beginning now, you can watch entire THE CON series, episodes 1-5 through a network of independent cinema outlets [1].