It started with Tom Friedman’s McDonald’s Theory of War [1]:

No country with a McDonald’s outlet, the theory contends, has ever gone to war with another.

which was based on the premise that countries with an educated middle class that would sustain a McDonald’s are less likely to go to war…this theory held since 1996 until Georgia and Russia fought this past summer. Perhaps, they needed more happy meals?

Dan Gross brings us the Starbucks theory of international economics [2]: >The higher the concentration of expensive, nautically themed, faux-Italian-branded Frappuccino joints in a country’s financial capital, the more likely the country is to have suffered catastrophic financial losses. Gross contends that Starbucks fueled the housing boom as “The Seattle-based coffee chain followed new housing developments into the suburbs and exurbs, where its outlets became pit stops for real-estate brokers and their clients. It also carpet-bombed the business districts of large cities, especially the financial centers, with nearly 200 in Manhattan alone.” Incidentally, the company is named for Captain Ahab’s first mate – Starbuck in Moby-Dick [3]. 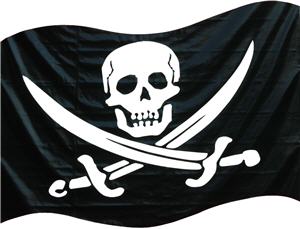 Well I’ve got my own (admittedly very thin, but please give it to me, I’ve never had an economic theory before) economic theory/correlation/indicator: Pirate theory of credit crunch aversion [4]:

It’s been exactly two months since Talk Like A Pirate Day [5] and apparently pirates are dominating the high seas (well, it pays better than fishing). 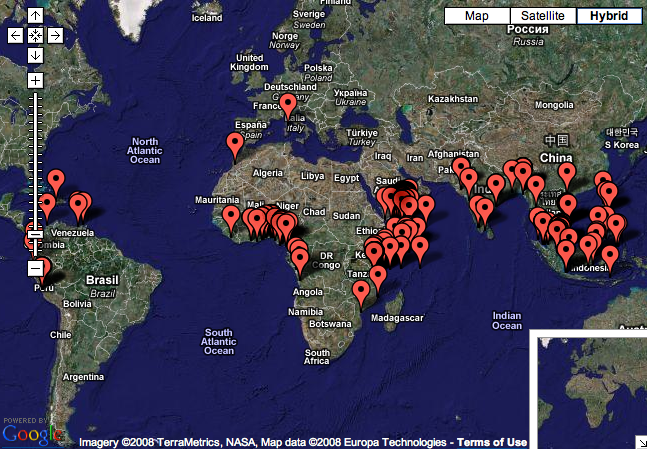 Piracy (the boarding of ships to steal their cargo) originates from countries that didn’t participate in the credit market run-up – namely participate in the proliferation of faulty mortgage securities that wreaked havoc on much of the global financial system. According to recent news, poor countries with limited financial sophistication tend to be the source of much the pirate activity [6].

(the map shows the locations of the activity, not the source)

What does this all mean? Well for starters, pirates are not likely eating at McDonald’s for lunch while sipping a mocha frappuccino grande with enough whipped cream to be esthetically pleasing, after boarding a container ship full of tanks and guns.

And they don’t have a 2/28 subprime ARM with a 2% teaser rate about to reset to a fully indexed rate of 11% with a significant pre-payment penalty. They merely get paid the ransom for the crew or get shot.

And of course, Somalian coffee served at Starbucks is quite good.