Downtown: Back Where it all Began 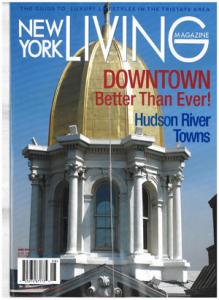 Development in Manhattan has now come full circle. For most of the period since the eighteenth century, its economic power was centered at its southern tip, where the Dutch established a fort, and in 1624 founded the Dutch West India Company. Ironically enough, after 400 years of mostly tremendous growth in the city they founded, it is the southern extremes of the island that once again offer the biggest development opportunities.

First, some history. As the town expanded into a city, development of street patterns was largely haphazard, with Broadway serving as the main inland transportation artery. The lack of an orderly street grid prompted the city to develop a master plan for the area north of 14th Street.

This master plan is generally credited with accelerating the uptown expansion of the city over the next 400 years. Wall Street went from being the location of beautiful family homes to a financial center in a transformation that was complete by 1860. The subway system was introduced in 1904 and shifted the economic center of gravity even further north. The location of important rail terminuses on East 42nd Street (Grand Central Terminal) and West 34th Street (Pennsylvania Station) contributed to the development of an alternative business center in the area. Downtown suffered a long slide from being all there was to the city, to its recent status as a secondary office and residential market within a much larger New York.

Over the past decade, however, downtown residential living has been rediscovered with the emergence of lofts as a significant housing category. Rendered obsolete after several hundred years of commercial and manufacturing use, these spaces have become sought-after residences. Their prices rival those paid for more traditional housing found in the Upper East Side and Upper West Side. Last year, lofts accounted for 9.4% of all apartment sales in Manhattan, with an average sales price of $1,986,626 in the most recent quarter.