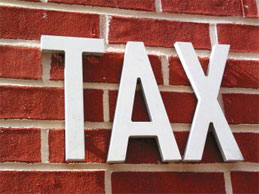 John Waski, a columnist from Bloomberg News, suggests changes to the tax code proposed by the president’s Advisory Panel on Tax Reform could dampen the housing boom. [1]

In commentary by Andrew Cassel of the Philadelphia Inquirer [2] he argues that this is the moment of truth for the housing market if the US tax code is modified, disallowing the mortgage interest deduction.

Actually the original intention of the revision of the code wasn’t the home mortgage deduction at, but rather the Alternative Minimum Tax or AMT [3] which was designed to prevent the richest taxpayers from getting away without paying any tax. The AMT a separate tax system with many complicated rules. One of the objectives of the president’s panel was to make recommendations to simplify the tax system and make up for the shortfall with the elimination of the AMT. Because it was not indexed for inflation, many middle class Americans now pay the tax.

All recommendations of the panel had to be “tax neutral”, not adding to the federal deficit. One of the easiest targets is the home mortgage deduction because it is so large. According to the Mortgage Bankers Association, it would mainly affect homes costing over $438,000. Since these homes tend to be located on the east and west coasts, the reform is not “geographically neutral.”

The problem with eliminating this deduction is that it is one of the largest financial incentives to buy a home and it is built into the price structure of all homes and the economy that surrounds it. Changing the rules late in the game affects the pocketbooks of 70% of Americans who own homes (who all vote, by the way) so I would expect a fight [Washington Post] [4] if the recommendation is endorsed by the administration.

Most homeowners likely purchased with the idea that this deduction was a core right of homeownership. The president has the lowest approval rating of his tenure, so acceptance of these proposals are not a sure thing. Since housing is a significant component of the economy, and the mortgage tax deduction is inherent in its structure, things could get ugly.