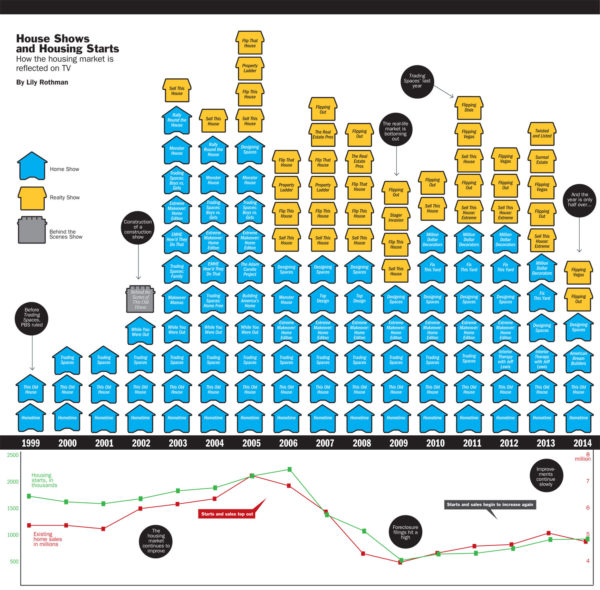 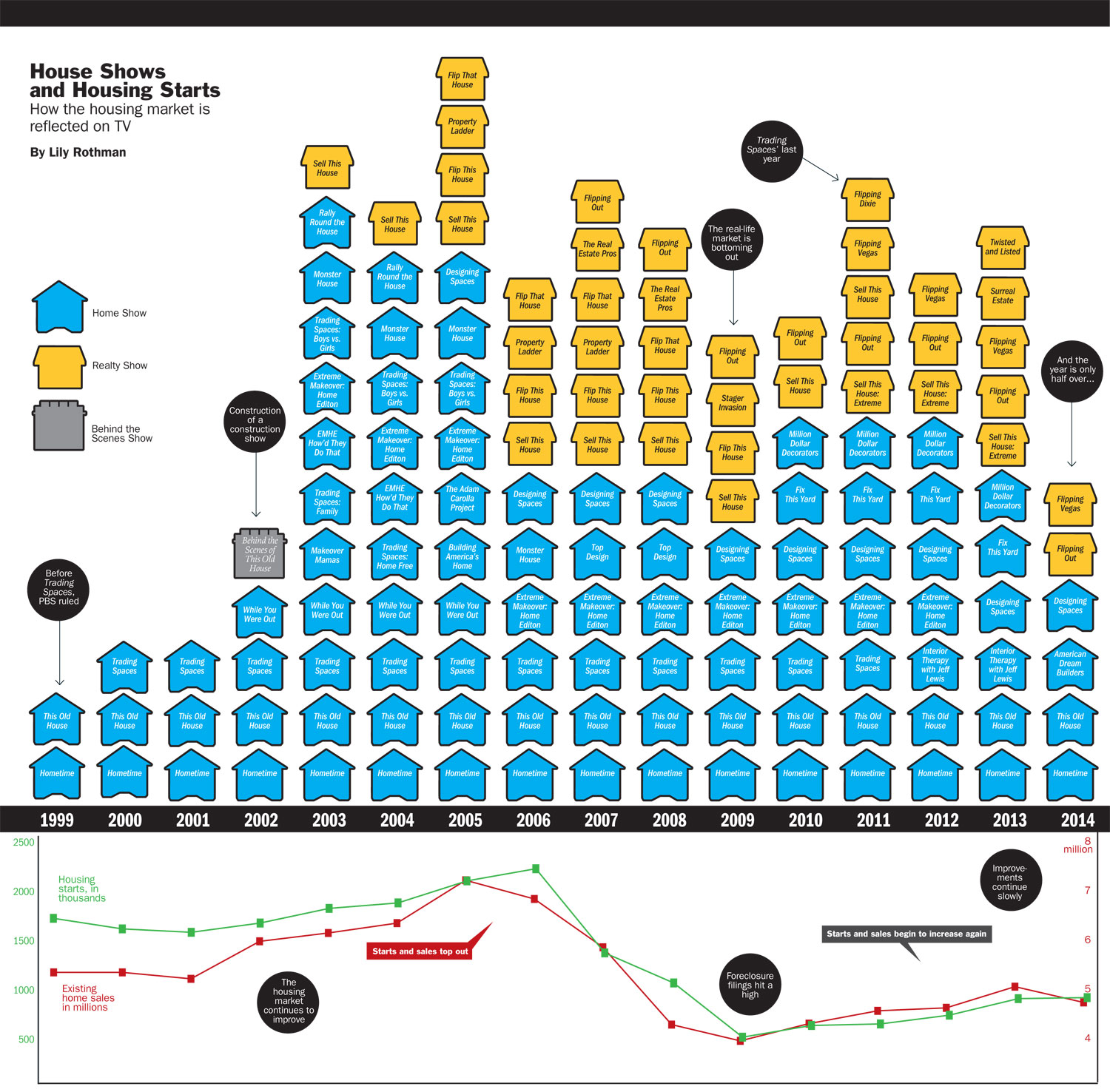 This is an amazing graphic on the progression of real estate TV shows.

I retrace my housing on TV experiences back to “This Old House” with Bob Vila. He was interviewing Donald Trump during a years ago inspection of a Trump Tower apartment and commented, “this kitchen is pretty small” to which Trump replied, “If you can afford to live in one of my buildings, you make ‘reservations’ for dinner.” Perfect.

Smash cut to “Trading Spaces” on TLC which was more closely aligned to the modern day real estate TV format. Then “Flip This House” which became the catch phrase of the new TV genre.

When the US housing bubble burst in 2006 and flipping no longer worked here, many of the shows were produced (like many movies), in Canada, where the market continued to rise (until now) [3] and the production elements removed city names and locations so it felt generic.

Smash cut now to reality programs like “Selling New York” and “Million Dollar Listing” with all their spin-offs which get more into the nuts and bolts of a transaction and puffed up melodrama to keep our attention.

To date I’ve been approached, or my name has been thrown in a hat to host 4 reality tv shows – as someone who has the potential to bring bad news to nice people and possibly ruining their lives as a result. I’d never agree to do one of these but the fact they are approaching an appraiser means they are any topic in the real estate spectrum is fair game.

We can’t get enough of it.

My white noise maker TV show continues to be House Hunters International [4] which lets me test my valuation skills while I am usually doing something else.

Some in the real estate industry embrace the phenomenon and some harshly criticize it, but as this interesting Time Magazine piece which included the above graphic “The House Shows Boom: How the Real Estate Market Is Reflected on TV [5]” provided a quote from one of show stars:

“No matter who we are, no matter how much money we have or don’t have, no matter where we are in the world, everybody wants to live better,” he said. “When we watch shows that inspire us to make changes in our own homes, when we see how other people live, I think that’s a really powerful message.”

Of course this doesn’t explain why I watched “Ice Road Truckers [6]” or still watch “Cops [7].”