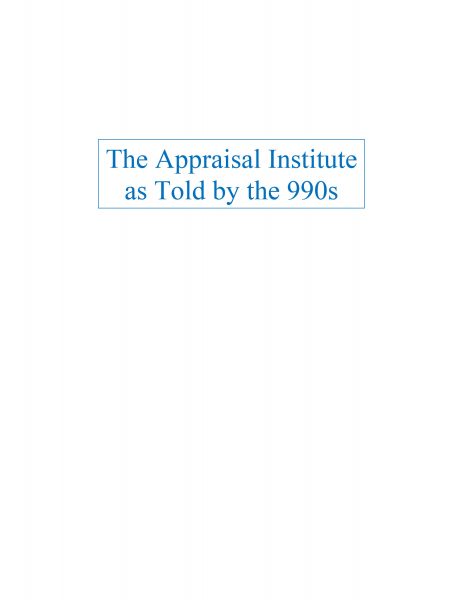 As I’ve chronicled in the Appraiserville section of my Housing Notes newsletter [1] since 2016, the scale of Appraisal Institute bureaucratic self-dealing of the executive committee and some members of the AI Board of Directors is breathtaking. Over the past decade or more, AI National has been able to keep a lid on the membership backlash by threatening to remove a member’s credentials for speaking out. Membership has been reluctant to risk losing something they worked hard for in both time and money that they have remained quiet – until the past few years. With the significant devaluation of the SRA designation and growing signs of the MAI designation’s devaluation, more are coming forward.

The FOJs (Friends of Jim Amorin) have been using that freedom from oversight to act with impunity. They are more openly corrupt now than ever because that’s the only institutional memory they possess. However, we are seeing some signs that more AI Board of Directors aren’t interested in rubber stamping FOJ efforts, as illustrated in the previous board meeting results.

The next board meeting is coming up tomorrow and Friday, and it is a seminal moment for the Appraisal Institute. It is where the BOD gets to vote on Jim Amorin’s new contract that the entire board has not seen. As a reminder to board members: your job is to represent your membership, not the executive committee. You can’t vote in favor in good conscience, if you haven’t seen it or been exposed to the key terms. Your role as a member of the AI Board of Directors is critical to the Appraisal Institute’s future and your responsibility is real.

At this point, it is hard to see this organization as “created for the improvement of business conditions.” Given the long-time failure of organizational leadership as measured by the empirical data extracted from the 990s tax filings in public record shared below, this organization needs a complete makeover immediately. It starts with the current CEO.

I hope some in AI membership will use the information shared below to bring an inquiry to the U.S. Attorney’s Office for the Northern District of Illinois [3].

Over the past few days, a detailed analysis of the Appraisal Institute’s performance from 2006-2019 has gone viral within the industry. The anonymous author(s) analyzed AI National’s 990 tax filings in a series of charts and tables by “Concerned Members,” and you can download it here: The Appraisal Institute as Told by the 990s [4] [click on each to expand].

The results should send an alarm to membership and the AI Board of Directors on the organization’s future. The FOJs have poisoned the leadership culture, which has damaged the value of the designation brands and the organization’s credibility to the business world. None of this would have been possible if designated members weren’t vulnerable to the threat of losing their designations if they chose to speak out. But with the perceived value of membership declining, the fear of the threats by the organization has been diminished.

Here is my favorite chart of the 990s presentation. Current CEO Jim Amorin was made president (for the second time) in 2017 [5]. Now, look at the chart. 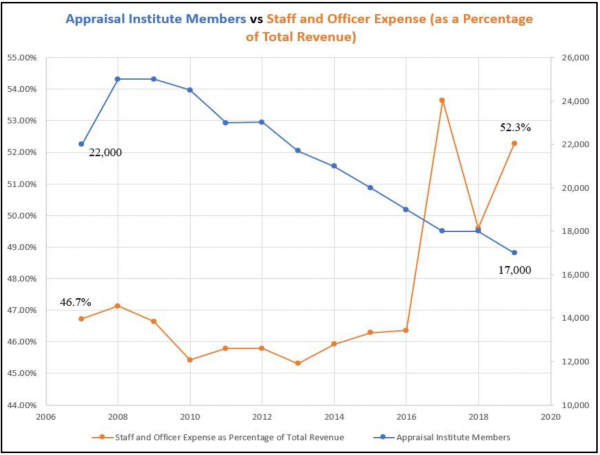 The following pages are the same found in the full pdf document [4].

Here are what the numbers tell me, as an outsider to the organization:

There has not been a publicly shared strategy to stem the decline in membership. Announcements of committees (like residential appraisers) were faked to quell the discord among residential members, and FOJs had no intention of taking action.

Marketing and branding have been the same old, same old, every year blah, blah, blah, which means that the organizational leadership has filtered out nearly everyone that is not a like-minded FOJ. Look at the last election debacle where the sham petition process was overtly used again by Jim Amorin to get his FOJ “Tank” installed instead of the duly nominated candidate Craig Steinley. Yet, membership pressure on the board stopped it. There is great danger to membership who are here for their designations within an organization with everyone in power being subservient to one person – a monarchy. Any new and creative thinking is not just discouraged; it is impossible.

I hope that ALL on the AI Board of Directors remember that their responsibility is to the membership and to sustain the organization’s future, not the FOJs. I can only assume there may be future legal action on this overt institutional taking, and each current and past board member is exposed. If you want the Appraisal Institute to pivot in the right direction and stop the executive committee’s self-dealing, please do the right thing and DO NOT extend Jim Amorin’s contract. It’s time to hire a CEO to lead the organization in the right direction, responsibly, ethically, and properly. If you do nothing as a board member, this will be your professional legacy as viewed your peers.

Here is a snapshot to memorialize the 2021 Appraisal Institute Board of Directors: 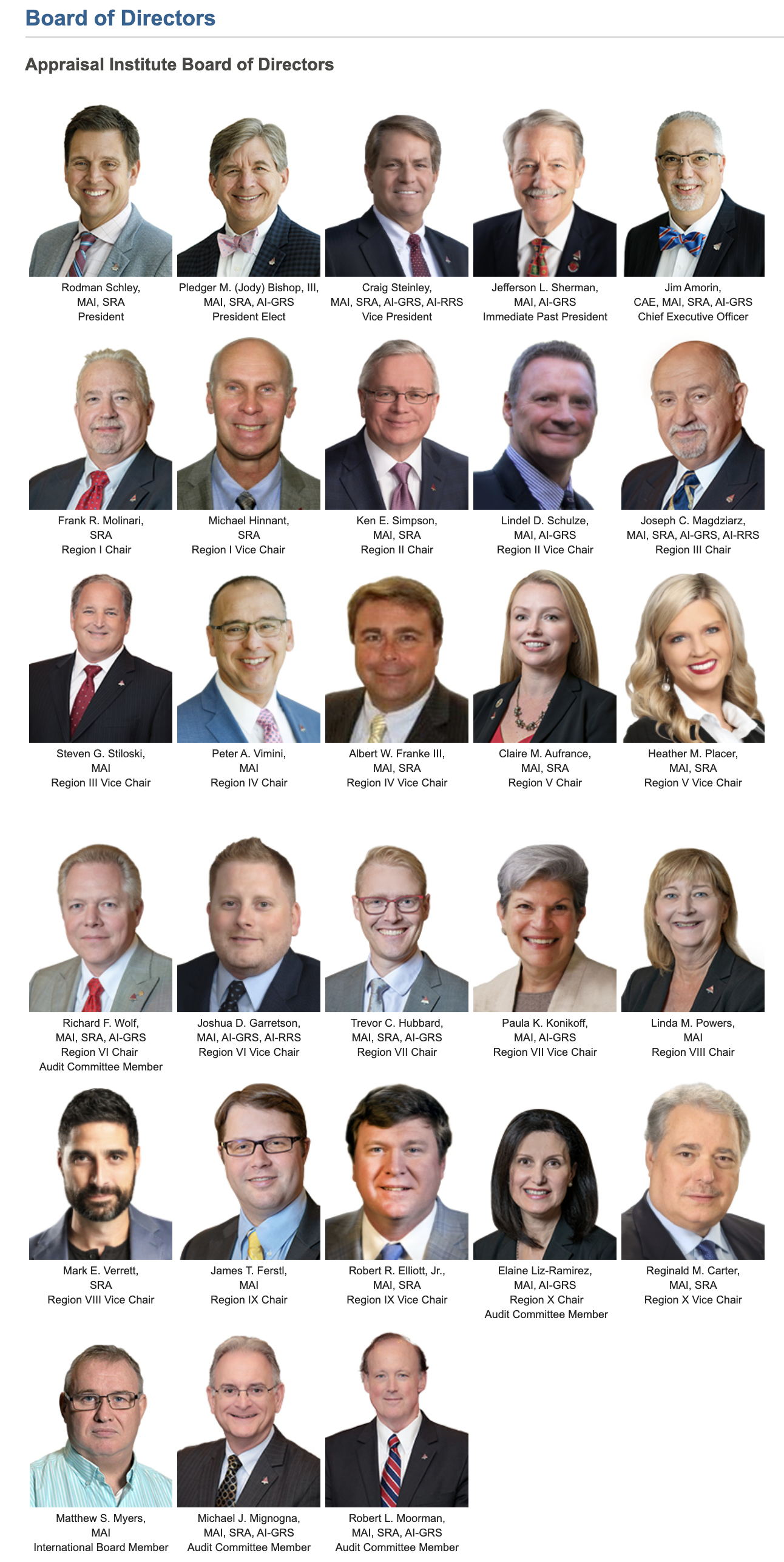 These are the individual pages of the full pdf document. 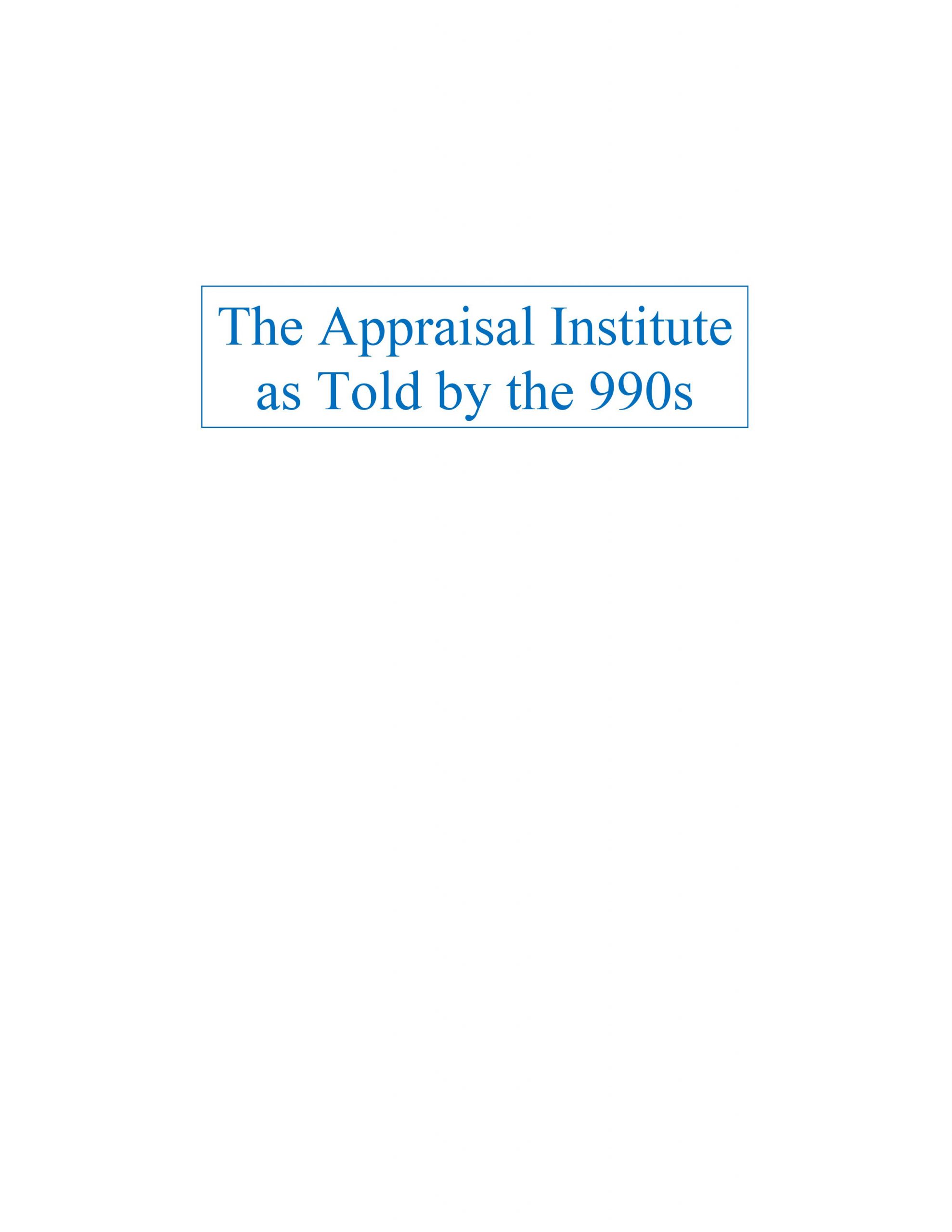 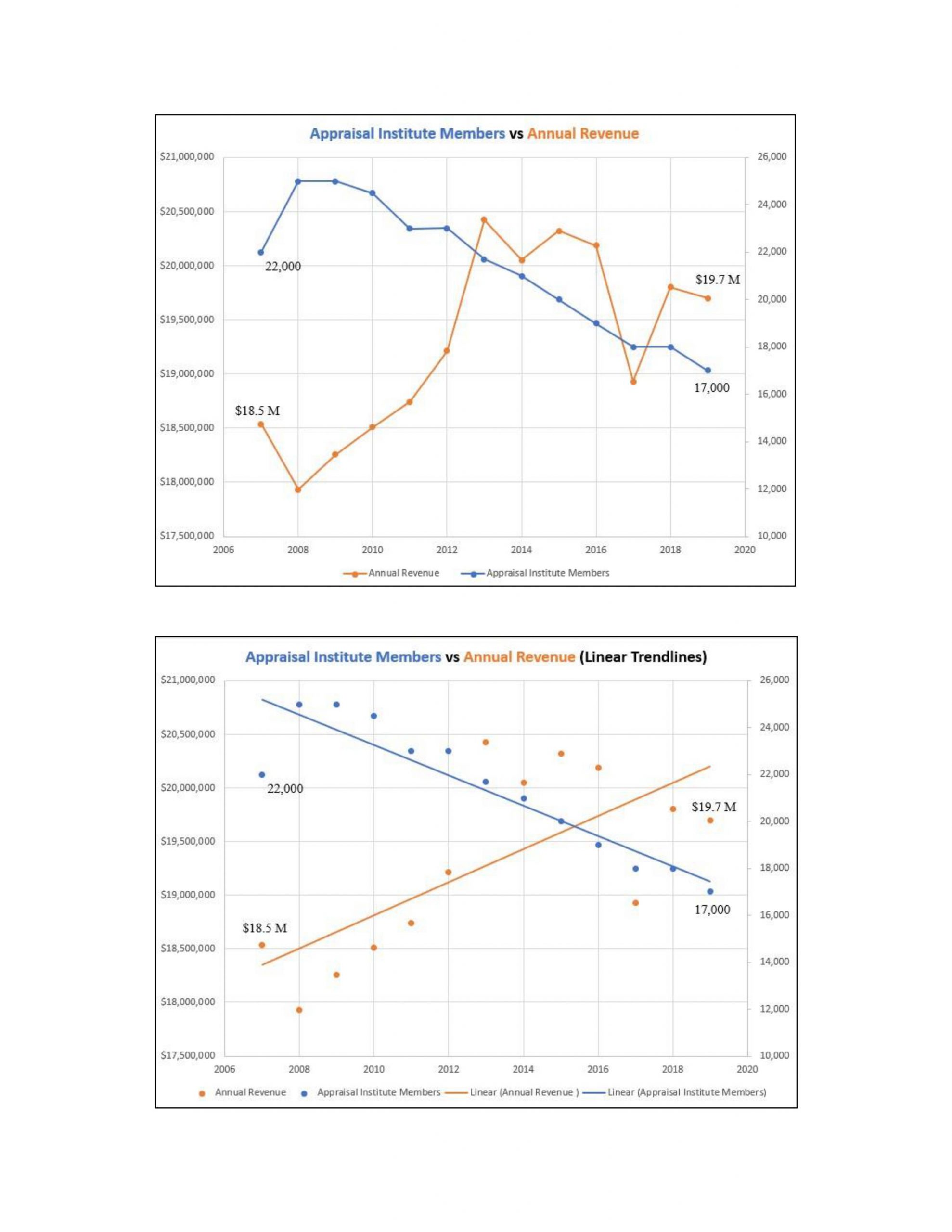 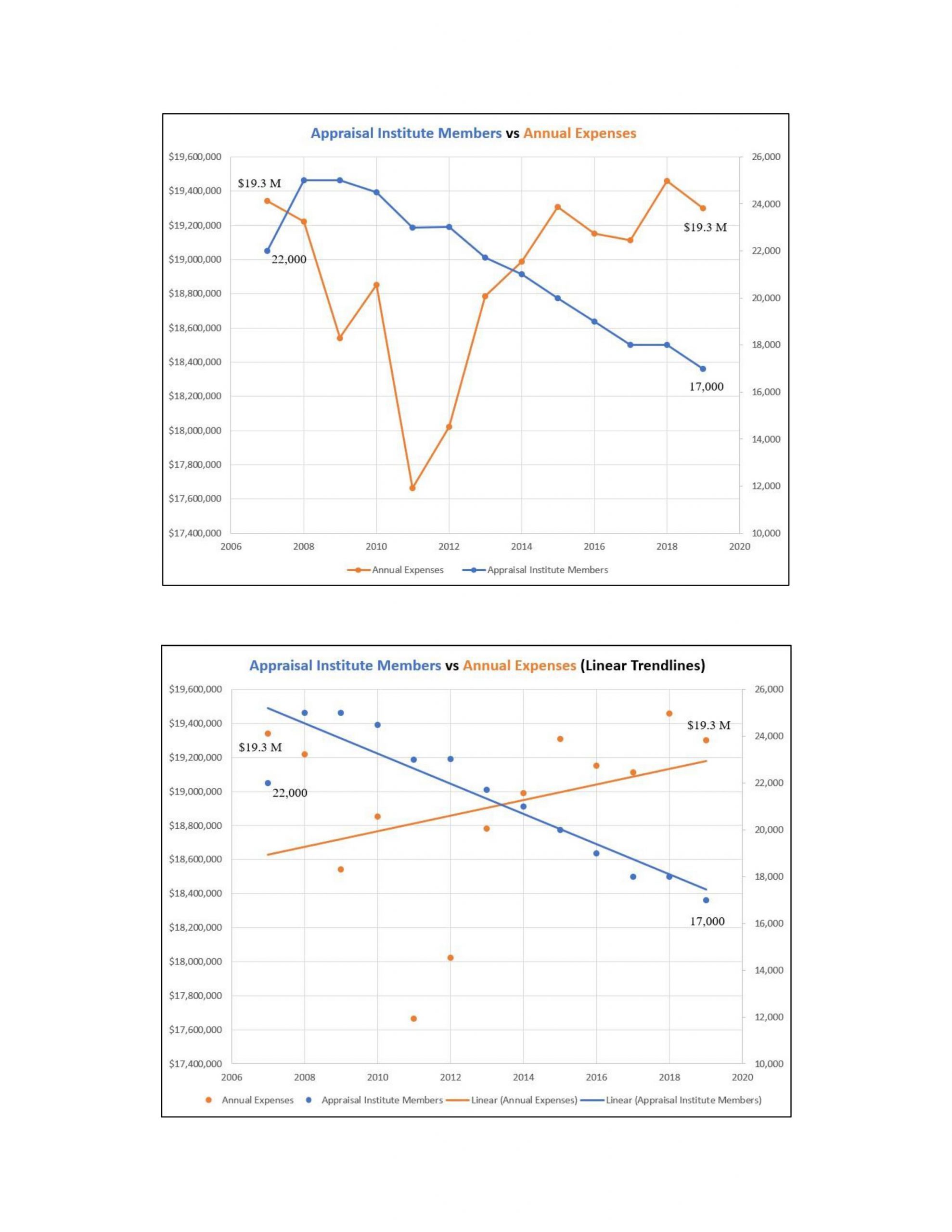 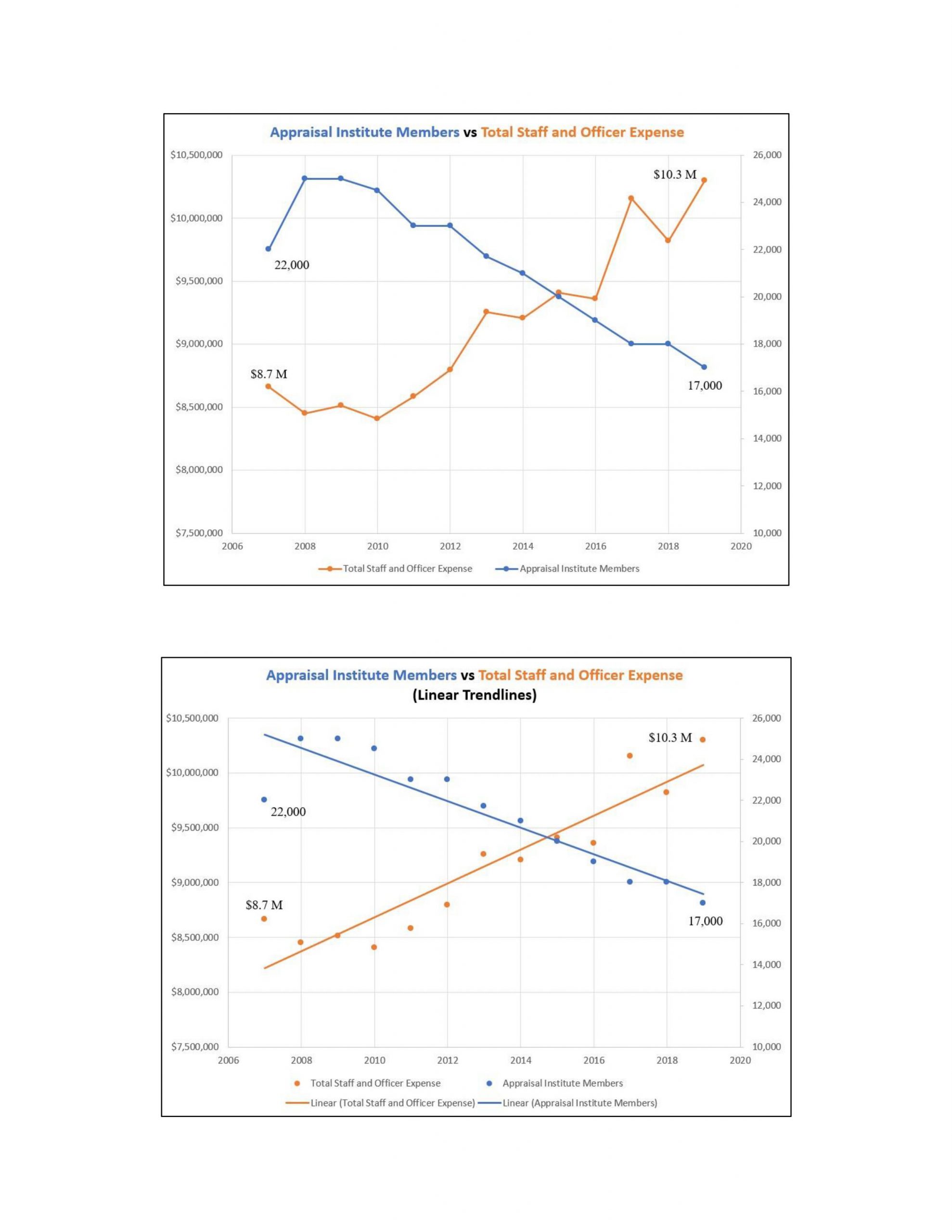 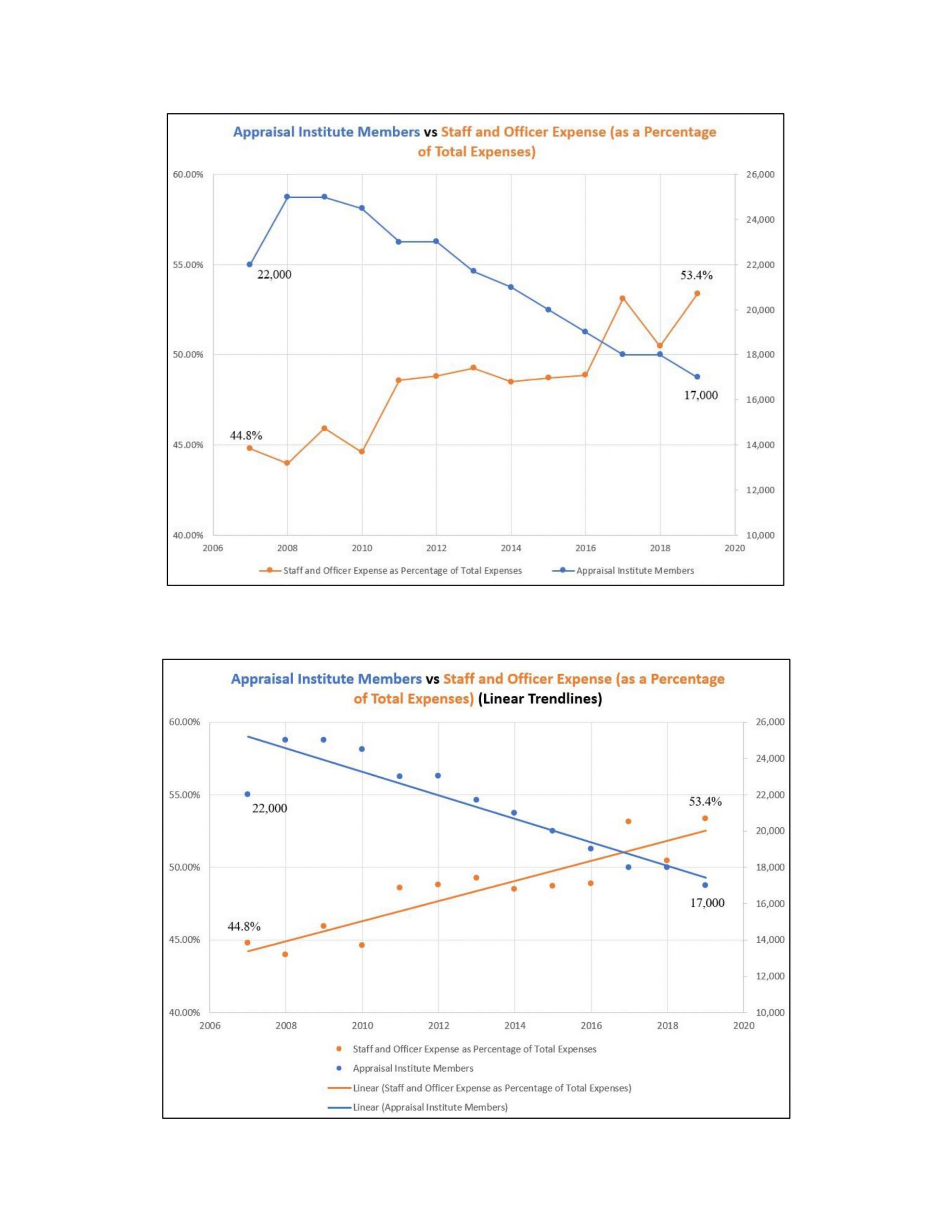 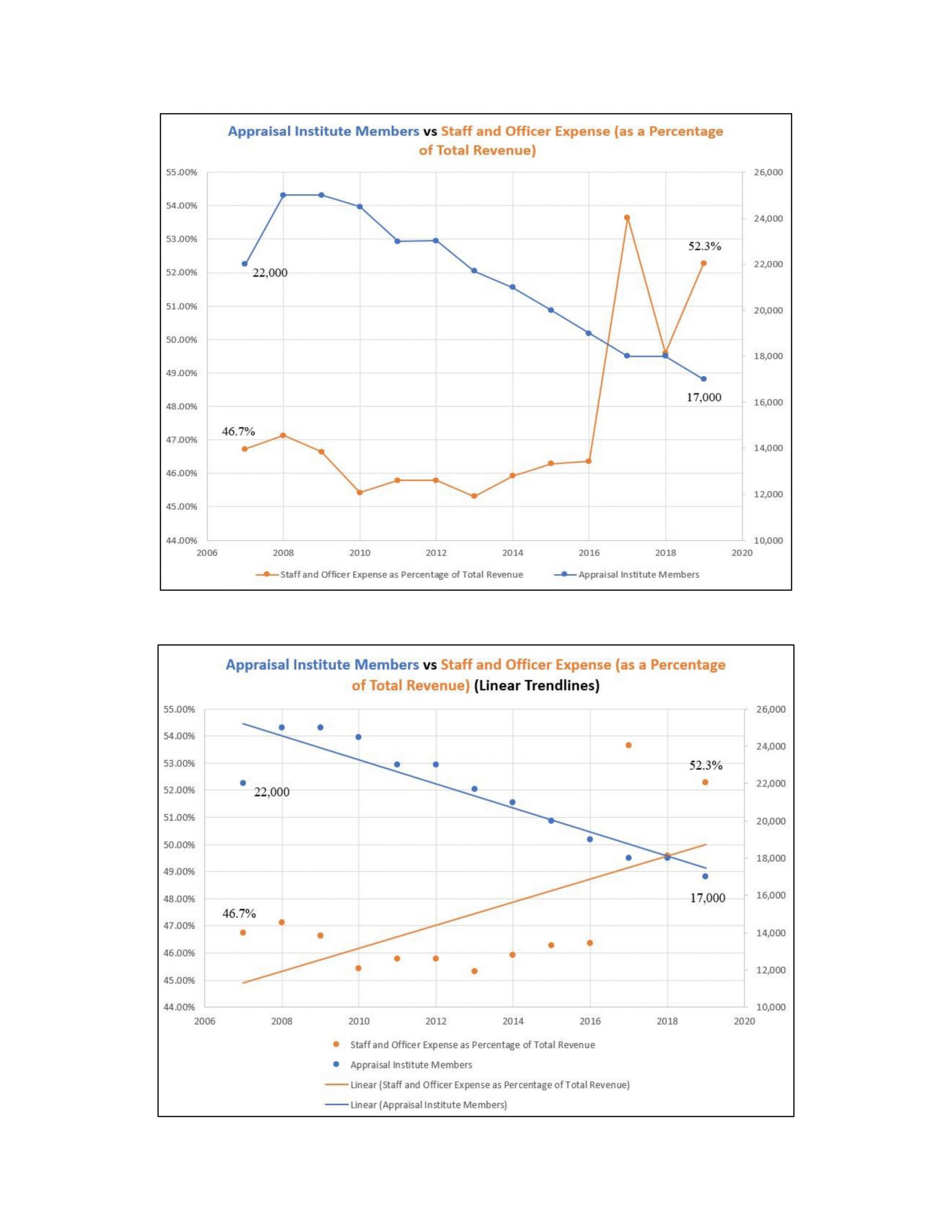 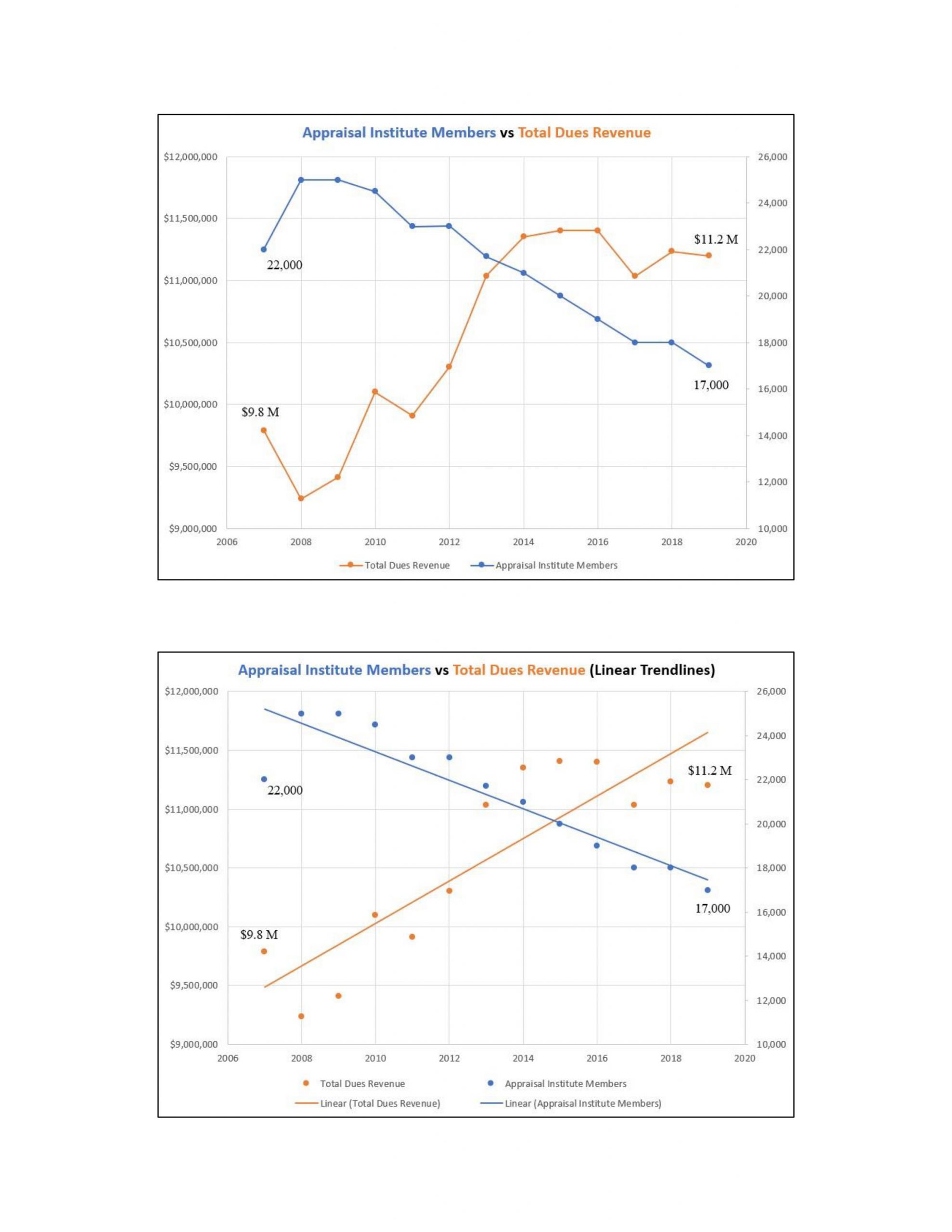 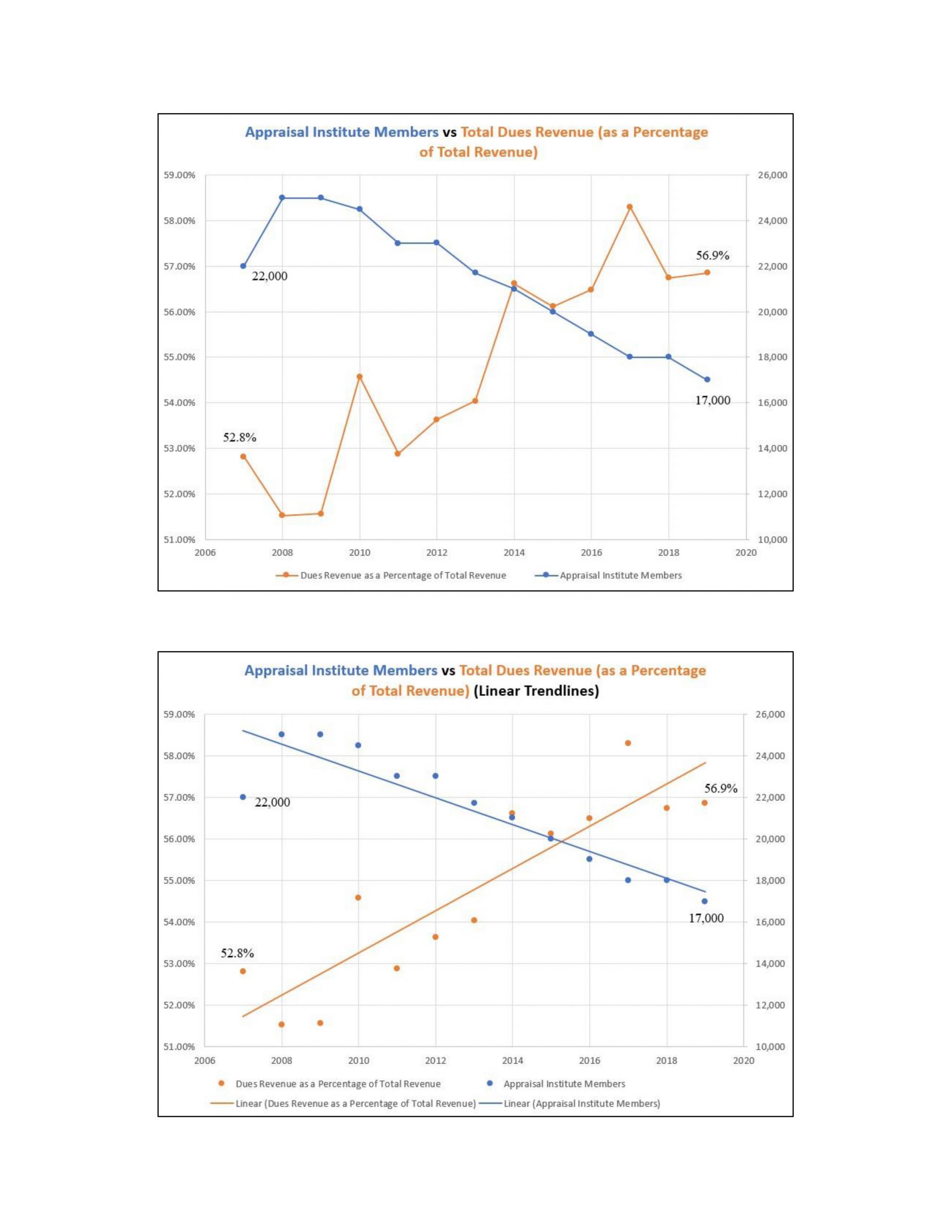 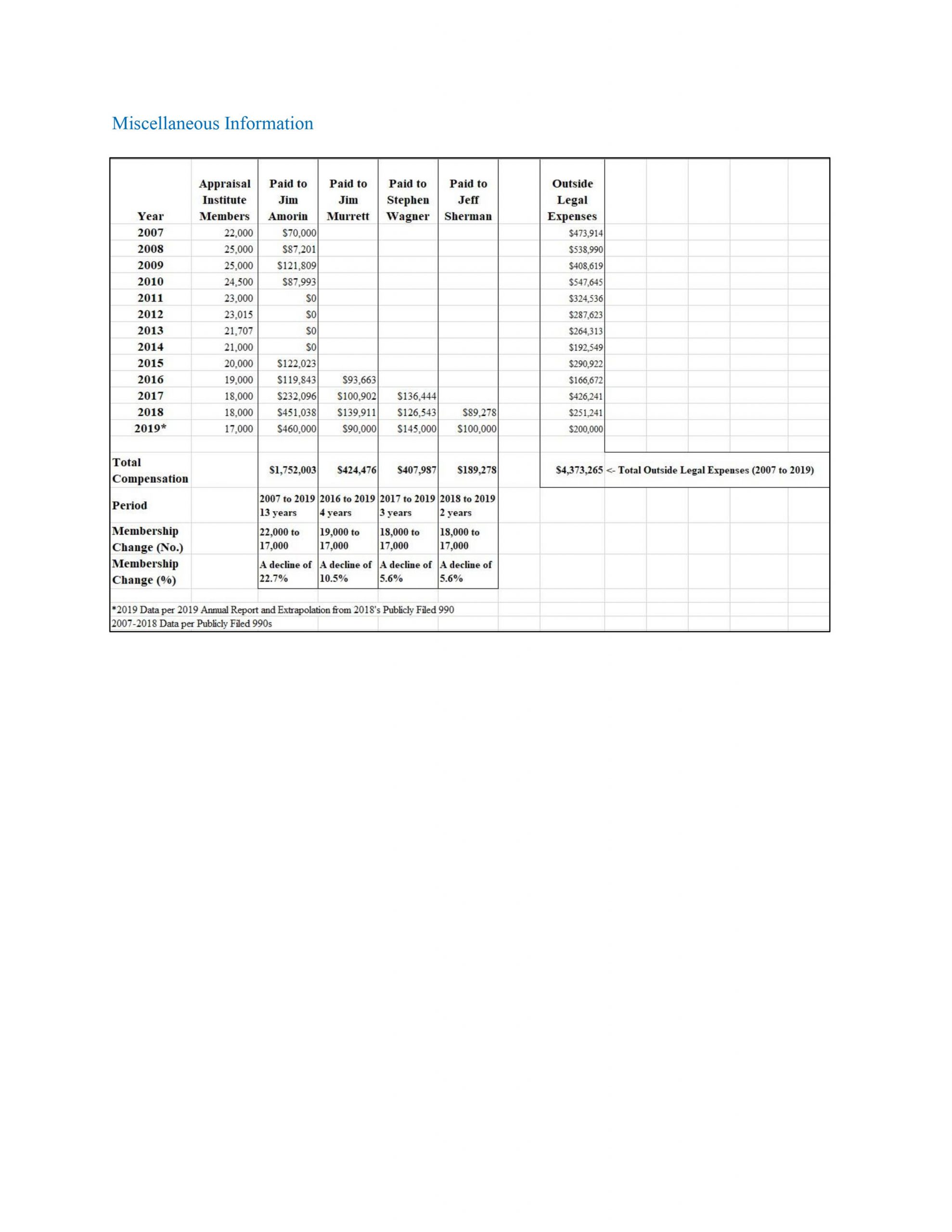 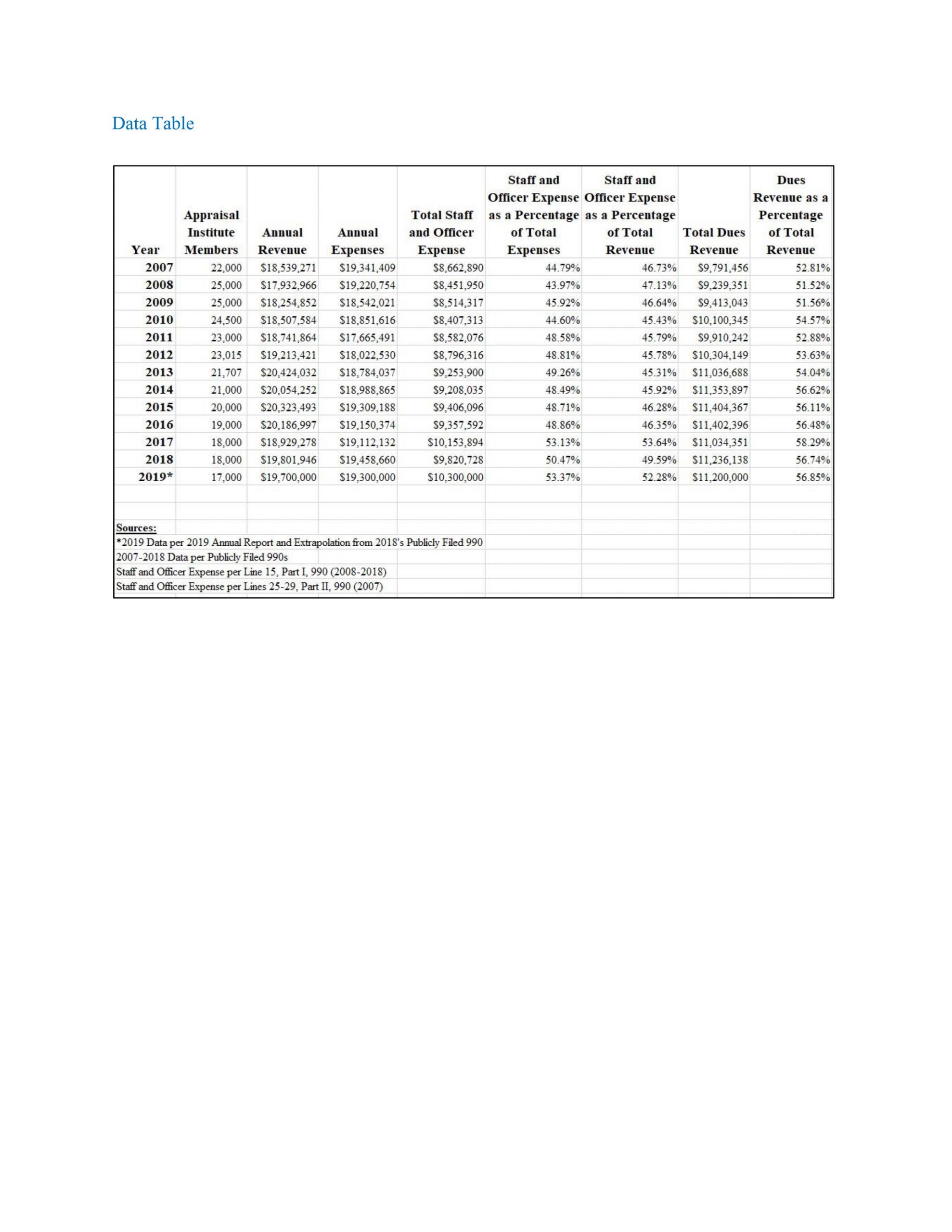