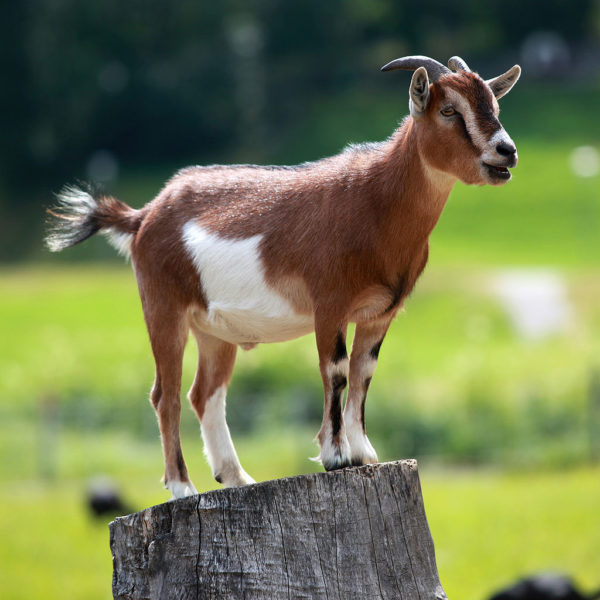 The city of Detroit has a problem with goats [2], among other significant challenges. It has been battered with political corruption (two former mayors are in jail) and it is trying to sheppard (pun intended) through a huge bankruptcy [3] but goats are where the city draws the line.

The city also a tremendous amount of potential [4] and is desperately trying to reinvent [5] itself. My wife’s family is from the Detroit suburbs and I went to college in the Michigan for 4 years – one thing I noticed – the suburbs and the City of Detroit are mutually exclusive unlike most big US cities I have visited. One of the best explanations of Detroit’s fall was a recent read of mine: Detroit: An American Autopsy [6] by Charlie LeDuff. The original urban planners got it all wrong.

But let’s talk about goats [7]. Last year a Detroit city councilman had a vision [8], that vision was eventually carried out by a billionaire hedge-funder [9] who brought unlicensed goats to control the overgrown vacant lots of Detroit. Goats as lawnmowers [10] are used in other cities.

I don’t think many people in the US realize just how much abandoned property there is within the city boundaries – the size of Paris [11].

An op-ed piece [12] in the Detroit News made an argument for it, but the city was not interested.

Detroit is very much a place that lives by what I call ‘home rule.’ The people are bound by a lot of laws from years ago that restrict them from doing things that can help their community. The people of Brightmoor have decided to step up to ensure the survival of their families and the community. One of the ways they are doing this is with guerrilla farming. Guerrilla farming brings attention to pieces of publicly controlled land within the city that have been abandoned, left vacant or have been left to grow wildly out of control by absent owners. It cleans these areas, brings them into a productive capacity and converts them from a nuisance to an asset within the community.

The housing market won’t recover without the abandoned elements being removed [13] ie unkept lawns, condemned housing and commercial structures. One of the surprising aspects of Detroit’s rise from the ashes has been the non-conventional nature of progress [4]. Goats would definitely fit in.