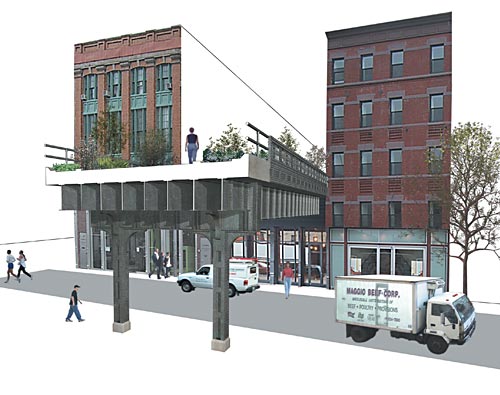 Source: Friends of the Highline

In New York, urban renewal took the form of an elevated 22-block long section of train tracks to be turned into a future park called The Highline [1] and has spurred new residential and commercial development. Thats the result of the efforts of an organization called Friends of the Highline [thehighline.org] [2] and the New York City government. [3] 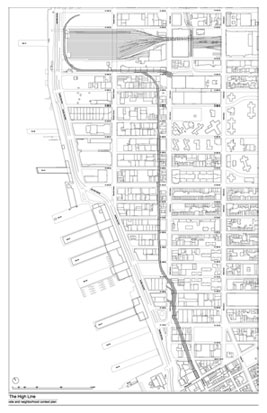 Source: Friends of the Highline

From Wikipedia, the story goes:

“The West Side Line, also called the West Side Freight Line, is a railroad line on the west side of Manhattan, New York, USA. North of Penn Station, at 34th Street, the line is used by Amtrak passenger service heading north via Albany. South of Penn Station, a roughly 1.5 mile (2.4 km) section of the line, popularly known as the High Line, is elevated and has been abandoned since 1980. The High Line (40Â°44.9â€²N 74Â°0.3â€²W) is in a state of extreme disrepair, although the elevated structure is basically sound. Grass and trees grow along most of the line, making it a natural oasis in urban Manhattan. There is a movement by community residents to turn the High Line into an elevated park similar to the Promenade PlantÃ©e in Paris. In 2004, the New York City government promised to invest $50 million in the proposed park. On June 13, 2005, the U.S. Surface Transportation Board granted a “certificate of interim trail use”, allowing the city to remove the line from the national railway grid.”

There’s a really good podcast that can be downloaded from Smart City, a great resource for innovative thinking on urban development: Smart City: New Uses For Old Railroads [4]

Highline under construction in 1930s 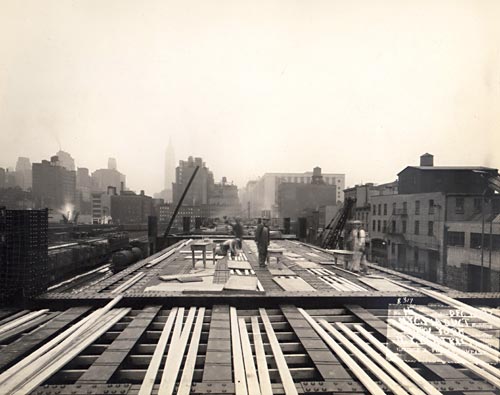 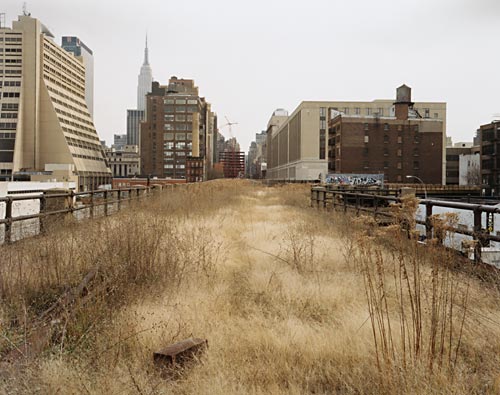