We’ve been going through a confusing patch of housing related news lately. I’m not talking about the happy housing news that comes from the steady diet of monthly reports.

Perhaps I should simply look up from my iPhone?

The failed Windows Phone 7 product aside, the following clip is one of my favorite commercials of all time – it accurately captures the experience of walking around any city, store, mall, office building, etc. Admittedly I haven’t yet walked around a home during an inspection with my eyes glued to my iPhone. I’ve been carrying this video around on my iPhone for 5 years to remind me not to look at my iPhone so much. Wait a second…that’s clearly ironic.

When I look up from my iPhone I now see China’s currency devaluation, a possible interest rate move by the Federal Reserve, massive stock market volatility, a strengthening U.S. dollar, no sign of inflation (aside from higher housing costs) and that is a lot for anyone to process. I adapted today’s Housing Note title from this blog post where the author observed that “over the past two months, more than 90 Wall Street Journal articles have used the word ‘glitch’.”

Is the U.S. housing market vulnerable to an economic glitch? While U.S. housing is improving based on sales and price trends, it feels vulnerable to an unforeseen “glitch” as it is beset by challenges and unknowns. It’s about the lack of wage growth, tepid household formation, over building in the luxury sector and far from normalized mortgage lending conditions that are counter to the improving sales and price numbers being pumped out in housing reports each month. Now throw in the shortage of existing inventory and the affordable housing crisis and I’m getting a little more uncomfortable.

My favorite question (Manhattan-centric) to pose is: “How many $10 million dollars buyers are out there? Perhaps my unease is a bit exaggerated as presented here. I’m not deeply worried but the bottom line is that U.S. housing hasn’t normalized and what good signs we are seeing is a distortion caused by global economic conditions, the Fed policy of low interest rates and a (too) slowly improving economy.

VPN Disconnect and the Great Firewall of China

Here’s a recent interview on Yahoo! Finance that covers the subject of Chinese investors in the U.S.

But I’ve never been to China…

After I finish this Housing Note, I will pack for tomorrow’s adventure to Shanghai (Yes!). My wife and I are excited about the 10 day trip that is 80% tourism and 20% participating in The Real Deal’s U.S real estate forum in Shanghai. However we just discovered that VPN access used by visitors may not be available when we arrive. VPN is the technology that allows users in China to break through The Great Firewall of China and have access to the Internet (that series of tubes most of us can’t live without). The Chinese government closed off VPN access as part of security measures for 70th anniversary of the end of World War II.

It’s going to be hard to walk around if I can’t look down at my iPhone.

With all the turbulence in their economy, specifically the stock and housing markets, whats going to happen on Monday morning if communication to the outside world remains sharply curtailed? Since Shanghai Stock Exchange is China’s New York Stock Exchange in Manhattan, it’ll be great to get first hand sentiment there as the action is happening in real time.

Pricing Disconnect With a lot of Zeroes

There’s a great Curbed LA post on a $1B trophy property in Beverly Hills called L.A.’s last real estate trophy. It’s an epic story of the property’s ownership history and touches on the use of over pricing as a marketing strategy.

Yesterday a Bloomberg story explained the price reduction of the once record Beverly Hills listing for $195 million and it’s recent $46 million or 23.5% price cut. 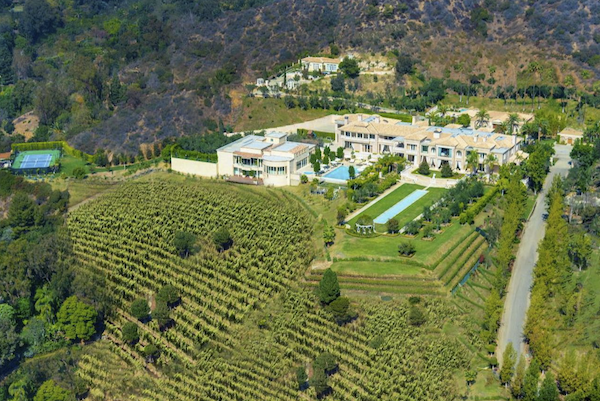 This announcement speaks loudly to the circus side show that I call the super luxury housing market. At one point the listing was the highest in the U.S. and was considered an outlier. Then came a $500 million home that the owner hope to sell for $500 million and the $195 million listing seemed like a steal.

I don’t think the $1 billion potential listing I discussed earlier got the memo. There has been a parade of single family listings that have come out above the $100 million threshold in the past few years. With the media coverage for each new listing price record, their sum in total seem to to substantiate a high value to owners of these properties. My recently discovered new favorite phrase “the plural of anecdotal is not data” or translated, “lots of listings that haven’t sold in their 1-2 year exposure to the market to substantiate their value. In other words there is no safety in numbers calculation to use a bunch of non-selling listings to substantiate a value.

Few of these recent mega listings have actually sold. Yes, there was the $147 million sale in East Hampton but that wasn’t openly marketed. It’s been a long time since we’ve seen a real mega sale. There are rumors flying around Manhattan of a $200 million and $250 million sale but nothing has been confirmed yet. My theory is that the “peak trophy” listings occurred in 2012. I trace the beginning of this phenomenon to a super luxury Manhattan condo sale for $88 million dollars that closed in early 2012. That sale record was beaten by a $100.5 million condo sale at the end of 2014 yet the contract was actually signed in 2012 close in time to the previous $88 million sale. By 2013 I was tracking listings and sales across the U.S. at or above the $50 million threshold. New listings kept popping up in the news or in the listing data of the markets we cover around the U.S.

You can’t call an overpriced listing a “record setting” property.

And then it got really crazy. By 2014 addition of listings above $100 million began to become more commonplace. The $195 million record listing in Beverly Hills entered the market and perhaps validated the new phenomenon. I refer to listings like these “vanity listings” that seemed to be priced for attention or marketing purposes but not for an actual sale. In the Bloomberg article I stated:

“There are a lot of these what I call ‘vanity listings,’ but in reality we haven’t seen them sold,” said Jonathan Miller, president of appraiser Miller Samuel Inc., noting that even with the Palazzo di Amore’s price cut, it will be hard to find a buyer for the mansion. “Call me when it’s dropped to $125 million.”

My quote doesn’t mean I know what the value of this amazing property is, but rather how cynical I am of the pricing strategies that have been employed across the U.S. for super luxury properties. A $46 million dollar price reduction? A press release that says “RECORD SETTING HOME RE-INTRODUCED TO MARKET TODAY AT $149 MILLION” and the headlines across Yahoo Homes and The Washington Post that include the press release phrase within their title: “Very Motivated Billionaire.”

Speaking of highend prices, Aspen continues to sell a lot of them. I wrote about this in a recent column for Curbed Ski. I suspect both buyers and sellers are very motivated because transactions are elevated and consistent. 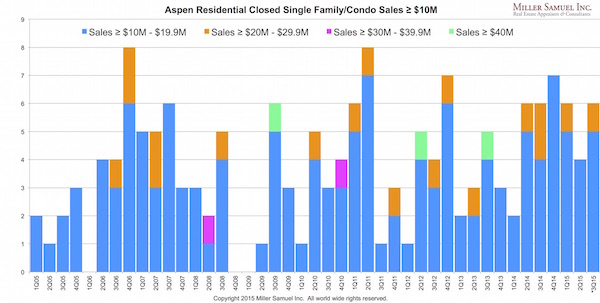 Well I’m very motivated. Motivated to go on vacation in China that is.