My wife and I are taking today (and tomorrow) off (conceptually) so I am keeping this week’s Housing Notes a little short. I am heading out now to help my parents – who just went to contract on their home on eastern Long Island. It had been on the market for quite a while. Once they listened to me my sister (she is a co-owner of Miller Samuel and appraises there) – and dropped the price to the right number, it sold right away. Since no good deed goes unpunished, we are helping them organize for the move (and to celebrate my birthday on Saturday) by driving a 15′ box truck and lifting heavy things for two days. Who wouldn’t want to celebrate their birthday that way? I’m honestly looking forward to it.

After a day of truck driving and lifting boxes, I’d clearly rather have a bowl of mac ‘n cheese than a salad. So you have to admire this cafe owner for using a negative Tripadvisor rating as a marketing tool.

I love this cafe owner! pic.twitter.com/lw7gdrhrl4

On a similar note but with protein, a Turkey is terrorizing a suburban town outside of New York City. It makes living in the suburbs look downright dangerous. Last year we had a pack of about 5 turkeys do the samer thing in front of our house, even stopping traffic. The length of the following local news coverage on a rogue turkey restores my faith in humanity. Diabolically, the kids have a great excuse to stay inside and play video games all day.

There are a lot of confusing signals to consumers these days on the state of the housing market. Of course, local information is what is relevant but I can’t remember a period in years with this much noise (i.e. like the crunching sound of fresh lettuce while eating a salad).

Toronto and London are among the cities most at risk of a housing bubble as economic optimism and low borrowing costs push up property values in urban areas worldwide, according to UBS Group AG.

The world’s population is getting richer, and they want to spend that wealth on luxury real estate. The international luxury residential market will see more demand than supply over the next three years, with 25 percent of high-net-worth individuals expected to buy high-end real estate compared to the 17 percent who want to sell…

As Spain’s economic growth and foreign investments gather steam, the country’s major prime property markets are expected to trend further upward this year following a strong finish to 2016, according to a Knight Frank report Tuesday.

Most buyers are keeping deals on track, builders are expected to barrel ahead, and owners of elevated homes may find their properties more valuable.

Not only is the index down over the past few months, Pending Home Sales are at nearly the exact same level as December 2015. This flat line in sales over the past 1.5 years prompted some negative comments from Lawrence Yun, NAR chief economist.

Builders say they would like to build more affordable homes but cannot because the math doesn’t work. The costs of land, labor, materials and regulatory compliance are just too high. In addition, younger homebuyers want to live closer to urban areas, not in the far-out exurbs, where builder costs are far lower.

Why Price Cutting Trends Are A Sign of Health

In my research listing inventory for resales (± 85% of the market) has been rising since the 2013 record low, albeit very slowly. For 2017 we are seeing inventory begin to slide again but it remains roughly at equilibrium between the record high in 2009 and record low in 2013.

Their analysis indicated that total price cuts using their methodology seemed to peak in 2Q17 and began to decline this quarter using the data in the article. I don’t track this metric myself so I don;t know if there is a seasonal dip in 3Q (the month of August always sees the lowest total of the year – using my end of a period method).

The fact that buyers are not coming to meet buyers is forcing sellers to come down to the current market. This is how a market heals. Its all about transaction levels – Manhattan sales remain elevated in a historical context. 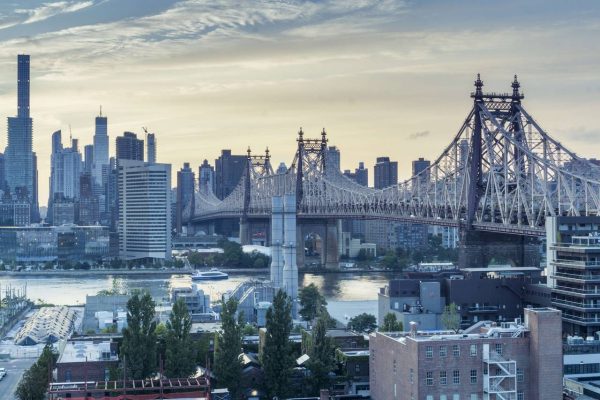 Many appraisers I know seem to like to work for free or provide credit to strangers. It comes across to outsiders as being weak on business acumen and probably bleeds into damaging your credibility as a valuation expert. Today most successful appraisers I know go COD like Appraiser/Blogger Ryan Lunquist but every so often assignments slip out without getting paid. I have had the feeling Ryan described did many times over my career.

We devoted all the time to customer service and marketing and the shortfall in business was immaterial in about 6 months and we’ve never looked back.

Perhaps I’m just a jaded New Yorker but I only want to focus on the valuation process.

I recently testified as an expert witness – something I very much enjoy doing – and I thought it went very well. Then something happened that made my spirit soar. The court stenographer turned to me at one of the breaks and said: “Mr. Miller, your speaking volume, and tonality has been absolutely perfect.” I have no idea what that meant but I appreciated it. I mean I’ve never had a court stenographer engage with me that way. We appraisers will take any compliment we can get these days.

With mortgage fraud on the rise, how about waiving all appraisals?

Peter Gallo, an appraiser that works hard for his North Carolina colleagues in the coalition movement, passed along some CoreLogic announcements (I know, CoreLogic) and it clearly demonstrates the Waiver concept is a product of the recent refinance boom with AMC paying half the market rate.

Even if the Waiver makes statistical sense on a small share of the appraiser volume, this is one of those slippery slope moments in time where we’ll look back at this as the beginning of the next cycle of problems.

Over the past year, the AMC industry growth model – taken from the backs of residential appraisers – has been broken by a growing number of residential appraisers that won’t accept fees below the custom & reasonable rate. So in order for AMCs to grow revenue, appraisers are seeing their fees surpassed by the AMCs themselves. In other words, hiring the valuation expert – the whole point of getting an appraisal to begin with – to make less than the company that manages them. We hear the GSEs and lending industry complaints that appraisal fees are getting too high so they need to automate, yet the valuation expert doesn’t share in that gain – it’s all due to the wildly bloated institutional middleman.

The AMC is there to order the appraisals, do a simplistic review without local market knowledge, run analytics using tainted AMC feedback loop data, add unnecessary clerical scope, have 19-year olds chewing gum hound the appraiser every day for status and then follow up with addenda requests that have nothing to do with the quality of the valuation.

What other industry pays the paper-pushers more than their actual experts but the experts get blamed for being too costly? It’s bizarre and unfair to any industry and we are vulnerable because we are without any political might.

In order to save the consumer money, the actual valuation expertise is now being pulled out of the process with the introduction of “No Appraisal” waivers through the GSEs. I’m not saying there can’t be situations that it might be pragmatic, but the pattern has been laid out by the last 8 years of AMCs inserting themselves into the mortgage process. Are we overreacting? Of course not. The appraisal industry cannot trust the mortgage system to be self-correcting. If there was not a federal backstop, lenders themselves would take more interest in their respective mortgage process that is ultimately stamped with their name. 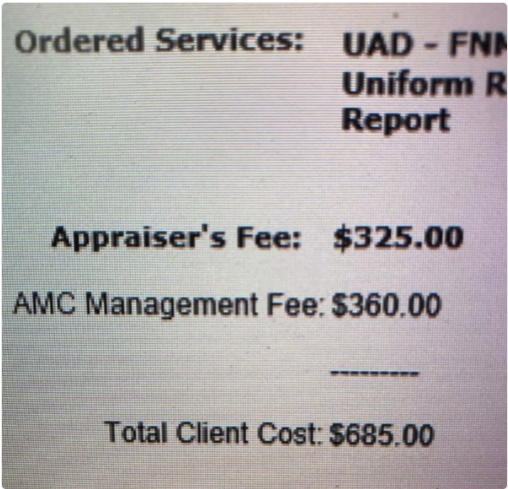 Rinse Lather Repeat: Appraisal Institute Has Not Made The Replacement Process of Vacant CEO Transparent

Since the resignation of their longtime CEO in August, the appraisal industry’s largest trade group has not been transparent in their succession plans other than having two-time president Jim Amorin become the temporary CEO until December 31st. The former CEO, Grubbe began his term back in 2007. Given the recent membership survey questions and the outrage of national membership that exploded last fall with the “taking” effort, I would speculate that it could have played a role in his unexpected departure – that it quantified the backlash outside of the cocoon he had constructed over the past decade and he saw the writing on the wall.

With the sharp decline in membership, largely of the CEO and executive committee’s doing, I believe this calls for a much more transparent recruiting process. Although I wouldn’t be surprised if Jim Amorin, as a consummate insider, is made permanent CEO.  The organization needs a fresh start to survive. The rapid decline in membership, adversarial lobbying against its residential members’ (evaluations, alternative standards) interests, dilution of the SRA designation, complete lack of transparency, bad judgment on FNC deal, stealth relationship with REVAA, the international recruiting boondoggle, etc. creates a situation that requires transparency with membership going forward.  Oh, and throw in the “taking” (the event that inspired this forum) that is on track for January 1, 2018.  I can’t imagine every chapter giving up all their funds without the destruction of the organization.

Otherwise, AI National is finished in short order as members will continue to flee.

How does a person go about throwing their hat in the ring for the CEO position?  It seems like new leadership is a requirement for survival.  Right now that looks to be impossible.