I’ve always been a big fan of side by side comparison photos of street scenes. I have many Dover Books such as the cover shared below – they are great even though they might be a comparison between the 1890s and the 1970s, it allows me to think about that block today and how much things have changed yet again. I’ve spent many hours pouring through them. 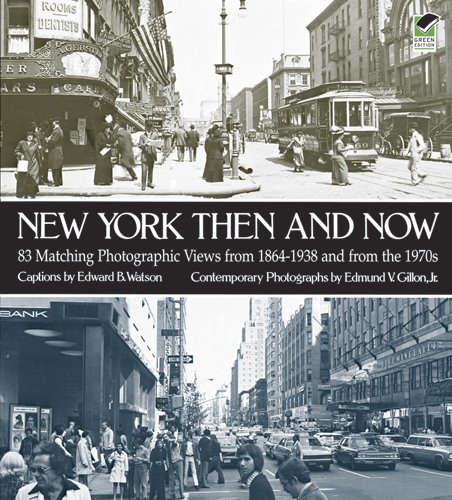 Although I’m an east coast mutt having lived in the metro areas of Boston, Washington, D.C. and New York City, I went to college and met my wife in East Lansing, Michigan and my first job was in Chicagoland. I developed a keen interest in Chicago and Detroit, especially the latter. I don’t think many people realize how much the population has collapsed since the beginning of the 1960s…or how much vacant land there is. Detroit is slowly reinventing itself and crawling back.

but I’m not really digressing…

Detroit as a side by side

There is an awesome twitter account that provides side-by-side comparisons of street views that show liveliness versus abandonment or decay versus rejuvenation. Click on each to expand and consider signing up to @DetroitStreetVu. The following photos were recently shared on the site – click on them to expand.

I’m pulling for you Detroit.

My Chart Handiwork in Elliman Magazine

Douglas Elliman Real Estate, the firm I author the Elliman Report series for, did a complete upgrade of their magazine created a couple of years ago. The improvements to their Elliman Magazine concept are significant and a good/fun read…and not because I authored two pages of chart heaven (heh). No, really.

Here’s my handiwork. Ok, ok their crack design team took my excel charts and made them look beautiful. Click on the image below to expand to an epic size. 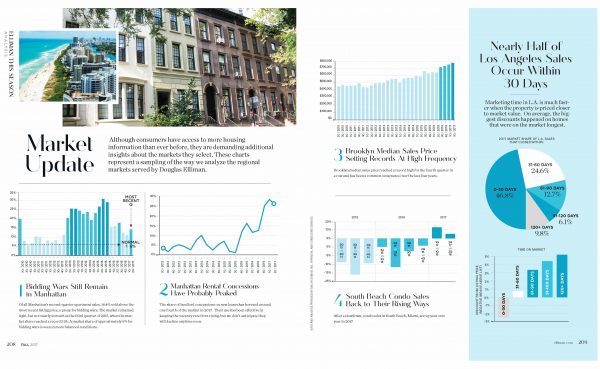 This has nothing to do with anything but that’s the point. This past Tuesday (September 19th) was the annual holiday known as “Talk Like A Pirate Day” and it fell on my son’s graduation from the police academy. It was a special day all around. 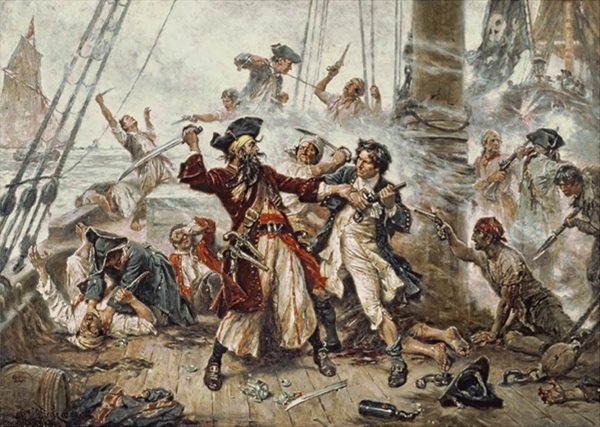 There has been a lot of news coverage on some big sales occurring nationwide. I’m not talking about Jed Clampett silliness, but rather, I’m focusing on why these sales occur. It’s not rocket science (or even pirate talk) to see that in most cases, these listings were finally priced correctly. In a macro sense, luxury housing prices are being discounted to market levels and their asking prices were never aligned with the market – as evidenced by multi-year marketing periods and massive discounts.

Back in 2014, a period of time I refer to as “peak new development” or “peak luxury” we were seeing $100+ million listings pop up all over the country. The vast majority never sold and were removed from the market. It was a weird period of luxury market optimism where seller expectations were vastly different from buyer reality. There’s a book to be written on this period somehow. There was an assumption that billionaires were a dime-a-dozen, and a 5&10 store brand could become a luxury brand. Here’s a perfect five and 10-cent segway…

Back in 2014, The Woolworth Building in Downtown Manhattan joined the growing list of super luxury condo developments. This one happened to be at the top of an office building that was once the tallest building in the world. The 8,975 square foot 5-story $110 million penthouse in the offering plan got a lot of attention back then, probably because the asking price was 3 times the average price per square foot of the downtown luxury market. The penthouse and development failed to get much traction.

Now in 2017 the penthouse has been finished and the developer is essentially remarketing the property at the exact same price of $110 million. Because of the price, I’m assuming they see the upside in showing a finished space instead of buying off of plans as an offset to a market that has corrected sharply in the last 3 years? Marketwide super luxury is probably down 15% to 25% on average since the peak (just look at re-sales at One57) and the property didn’t sell in 2014 when it was offered. 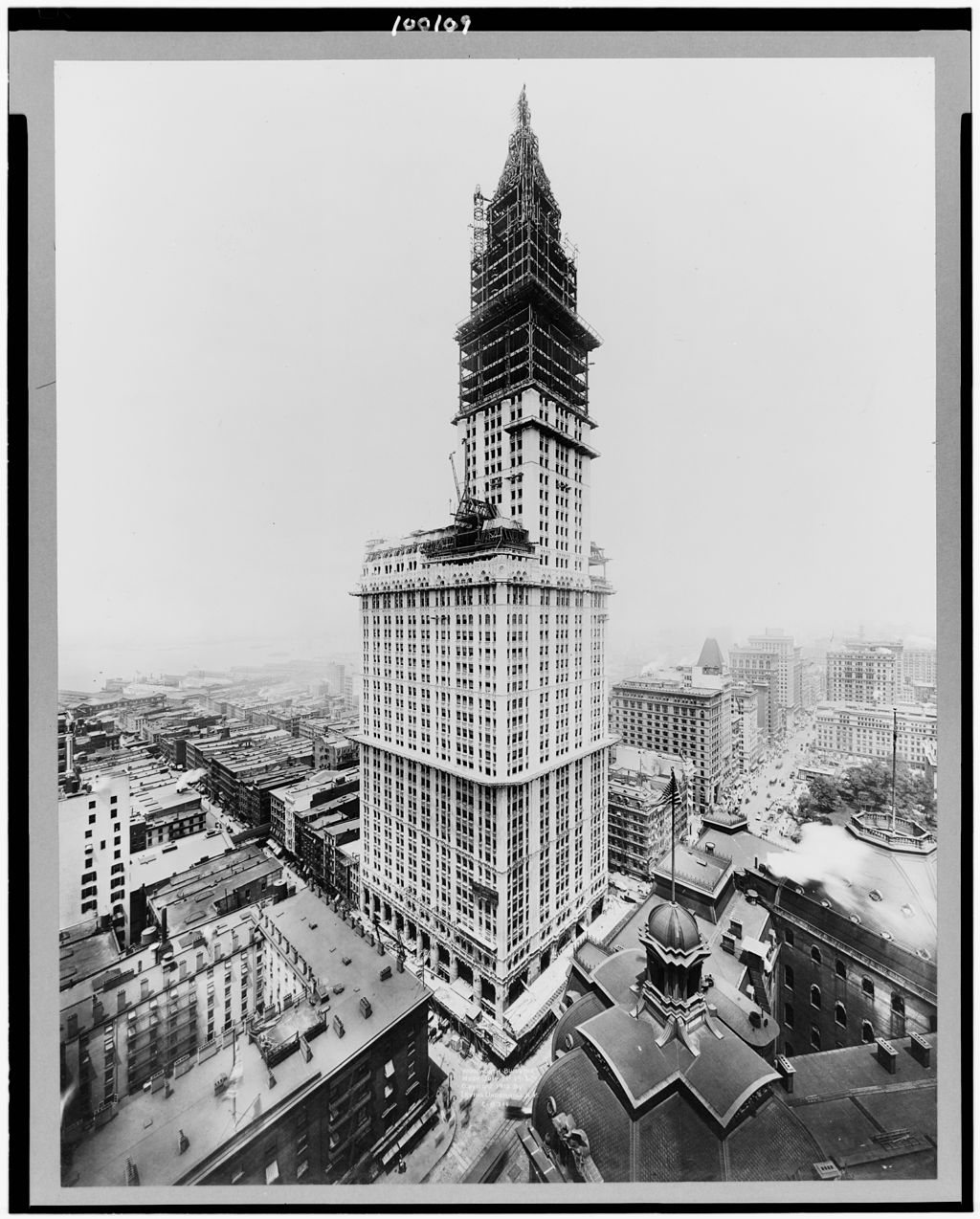 Ironically, the Woolworth supermarket giant in Australia is being sued by shareholders for $100 million – just under the asking price of that penthouse. (This is why I love the internet – it’s so easy to find unrelated things that show irony.)

And since a hipster, aside from fashion style, is characterized as someone always seeking irony…

I am finding more and more use of hipster terminology as a “tell” for gentrification and diminished housing affordability:

I saw this t-shirt in Grand Central Station the other day and it struck me that we don’t pay enough attention to hipsters being squeezed:

WNYC talks about the new all avocado restaurant and I noted that rents were way up.

Since then, rents in the neighborhood have increased 13.7 percent, according to Jonathan Miller, president of the appraisal firm Miller Samuel. Local housing advocates say, in a neighborhood where people have always struggled to afford their apartments, it’s getting harder.

Kind of an insane retail concept, no? But lots of job growth in that area is a force in pushing rents higher.

Here’s a humorous SEO headline change in a Crain’s article I provided info for – from something less trendy to hipster: 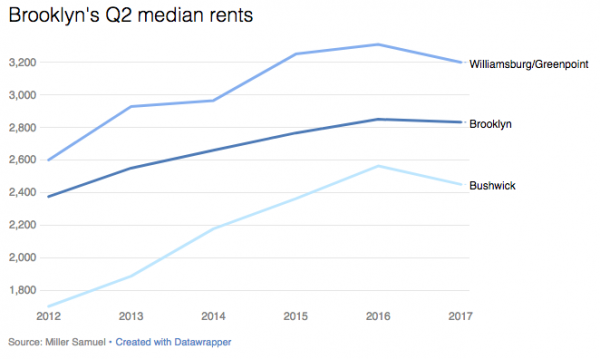 More and more suburban talk, some of it trademarked

Lots of good reads on the urban/suburban relationship…

I love how John Burns Consulting trademarked the term “Surban.” I looked up “Exurb” and it’s still available. Perhaps this will be the next dot-com like boom where everyone scurrys to claim domain names, only this time they are terms for describing the suburban/urban push/pull. 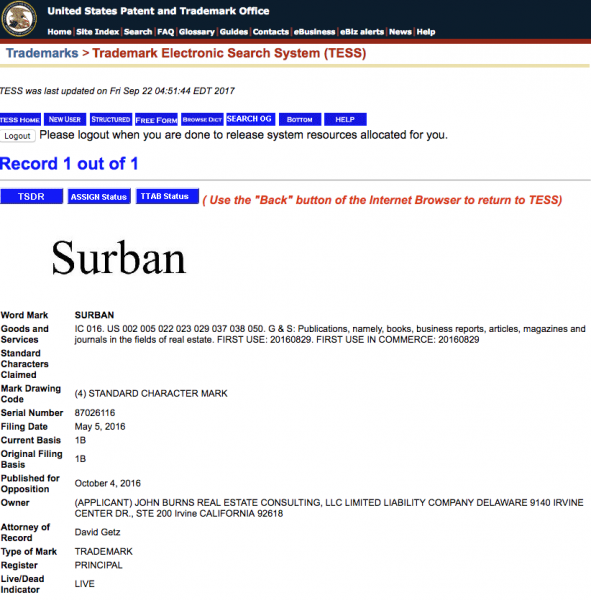 The sad story continues and I remain riveted to this story:

Millennium Tower is a luxury residential high-rise that has sunk 17 inches and tilted 14 inches since it was completed in 2008. Though an inspection by the city showed it’s safe to occupy, the building’s wealthy residents take no solace. The value of their multimillion-dollar condos has tumbled $320,000 on average.

I’ve been able to put aside the idea of constructing a high-rise on a major earthquake fault line in San Francisco. While the average diminishment in value was calculated, it would appear that the stigma will remain for years, even after there is remediation. 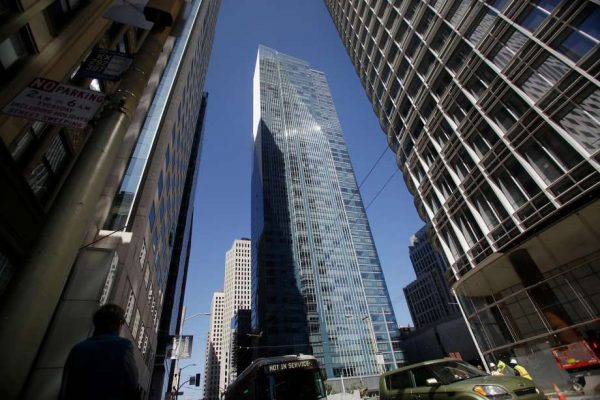 Rinse Lather Repeat: Appraisal Institute Has Not Made The Replacement Process of Vacant CEO Transparent

Since the resignation of their longtime CEO in August, the appraisal industry’s largest trade group has not been transparent in their succession plans other than having two-time president Jim Amorin become the temporary CEO until December 31st. The former CEO, Grubbe began his term back in 2007. Given the recent membership survey questions and the outrage of national membership that exploded last fall with the “taking” effort, I would speculate that it could have played a role in his unexpected departure – that it quantified the backlash outside of the cocoon he had constructed over the past decade and he saw the writing on the wall.

With the sharp decline in membership, largely of the CEO and executive committee’s doing, I believe this calls for a much more transparent recruiting process. Although I wouldn’t be surprised if Jim Amorin, as a consummate insider, is made permanent CEO.  The organization needs a fresh start to survive. The rapid decline in membership, adversarial lobbying against its residential members’ (evaluations, alternative standards) interests, dilution of the SRA designation, complete lack of transparency, bad judgment on FNC deal, stealth relationship with REVAA, the international recruiting boondoggle, etc. creates a situation that requires transparency with membership going forward.  Oh, and throw in the “taking” (the event that inspired this forum) that is on track for January 1, 2018.  I can’t imagine every chapter giving up all their funds without the destruction of the organization.

Otherwise, AI National is finished in short order as members will continue to flee.

How does a person go about throwing their hat in the ring for the CEO position?  It seems like new leadership is a requirement for survival.  Right now that looks to be impossible.

UPDATE: I’ve been approached by a few individuals who have expressed interest in running for president of AI National but see it as too daunting to take the first step since the organization remains tightly controlled by the individuals who are the problem.

If you need something rock solid in your life (particularly on Friday afternoons) and someone forwarded this to you, or you think you already subscribed, sign up here for these weekly Housing Notes and other cool resources. And be sure to share with a friend or colleague if you enjoy them. They’ll trademark your every word, you’ll finally find some irony and I’ll stop talking like a pirate.