Agents Freak As Titan Of Industry Confuses Correlation with Causation

It’s very late and I am writing this abbreviated Housing Note at the annual RAC conference, located just outside of Dallas. On the ride to the hotel, I brought up the topic of the $50 vomit cleanup charge posted in all Chicago cabs I had observed a few weeks ago, to the cab driver. He explained that in Dallas they don’t have a set charge for vomit cleanup and he assured me that after 30 years, he has never had someone vomit in his cab.

In addition, Dallas seems to be a big believer in keeping me hydrated – after all, it was the 92 degrees outside when I arrived. When I reached the hotel, the doorman gave me a bottle of ice cold water as I checked in. My hotel room had free water bottles in the fridge. The cafe and restaurant refilled my water glass every time I took a sip. Perhaps if Chicago emphasized hydration a bit more, they could remove that unpleasant vomit charge sign in their cabs that greets all newcomers (admittedly I like repeating this word for its shock value).

A few days ago the Starwood Capital CEO Barry Sternlicht said, while speaking to the CNBC Institutional Investor Delivering Alpha Conference in New York ‘You can’t give away a house’ in Greenwich Connecticut, saying it was the worst housing market in the U.S.

This benign article completely frazzled Greenwich real estate agents, thinking Sternlicht had just destroyed their market with his vitriol. I heard from an agent that the Starwood CEO had listed his house in “backcountry” Greenwich a while back, eventually dropping the price by a third and it still didn’t sell. That drop in price without a sale gave me the impression that the listing was “aspirationally priced,” something we’ve talked about in these Housing Notes on many occasions. In addition…

Sternlicht said that high income taxes made all of Fairfield County, Connecticut, a “terrible” place to live, and that declining home prices are reflecting that.

He was judging the real estate of the entire town of Greenwich Connecticut and state of Connecticut based on the sour experience of trying to sell his own home. It looks like titans of industry get a pass – when they can’t sell their homes – to lump their woes onto the shoulders of an entire town and state and play victim – I suppose some egos require that. I author a market report for Douglas Elliman that tracks the Greenwich market and the numbers, whether prices or sales, have ranged from weak to neutral for most of the market for several years but the high end remains the weakest segment by far which is the market Sternlicht was really speaking about.

The next day a Bloomberg followup piece on Greenwich came out. What Good Is a $20 Million Mansion if You Can’t Walk to Dinner? In it I discussed a metric within our report showing how the further away locations such as “back country” are seeing an absorption rate of 33.3 months, compared to the closer “mid country” locations with a 15.2 month absorption rate.

The concern of local agents is not warranted and I completely disagree with correlating Sternlicht’s home sale experience as a cause of a weaker market in the future. Much like how I disagree with Sternlicht’s correlation of his home selling experience with the entire town of Greenwich and the state of Connecticut. The same psychology emerged in Manhattan with state of the super luxury new development market. The mantra of “if we stay positive and say little, then the issue will blow over” was the common refrain from market participants. This “safe” approach never works out as actual facts get in the way. But I get it. It is a change from a comfortable conversation. However you can’t talk over a housing market.

The main perception challenge with the high end Greenwich market and Sternlicht is that property owners remain anchored to prices from 2007ish in a period driven by Wall Street. I think local agents who default to this way of thinking, miss their opportunity to be the trusted advisor to their buyers and sellers.

However in today’s market, Wall Street is not seeing the same compensation or employment it saw 9 years ago. So Greenwich is stuck with weaker demand. It missed the boom experienced in the city over the past 5 years. We are also seeing soft conditions in high end towns across Fairfield County, Connecticut (where Greenwich is located) despite near record sales volume across the county.

A $175 Million Listing in My Hometown

No, I’m not listing my home for sale.

Another biggie just came to market for a mere $175 million. Locally it is known as the Ziegler estate in Darien, Connecticut, about a 10 minute drive from Greenwich. My wife and I have anchored our boat in coves on either side of it and the location is spectacular.

I really wonder if this will ever sell close to that price. It includes 63 acres but the main house supposedly needs a gut renovation. The thing is, there have been a parade of $100+ million single family homes in the U.S. in recent years that were launched with great PR fan fanfare like this one. Only one ever sold that I can think of. It was a $120 million sale in Greenwich that is mentioned in the article, but that transaction was hard to understand since the mortgage debt on the property was reportedly about what it sold for. This reinforces the idea that $100 million+ homes are usually “one-off” transactions and there is not a wide and deep market for them. 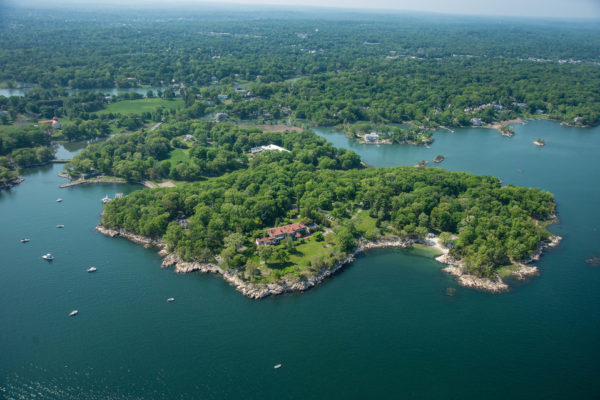 I needed a few absorption charts to clear my head. 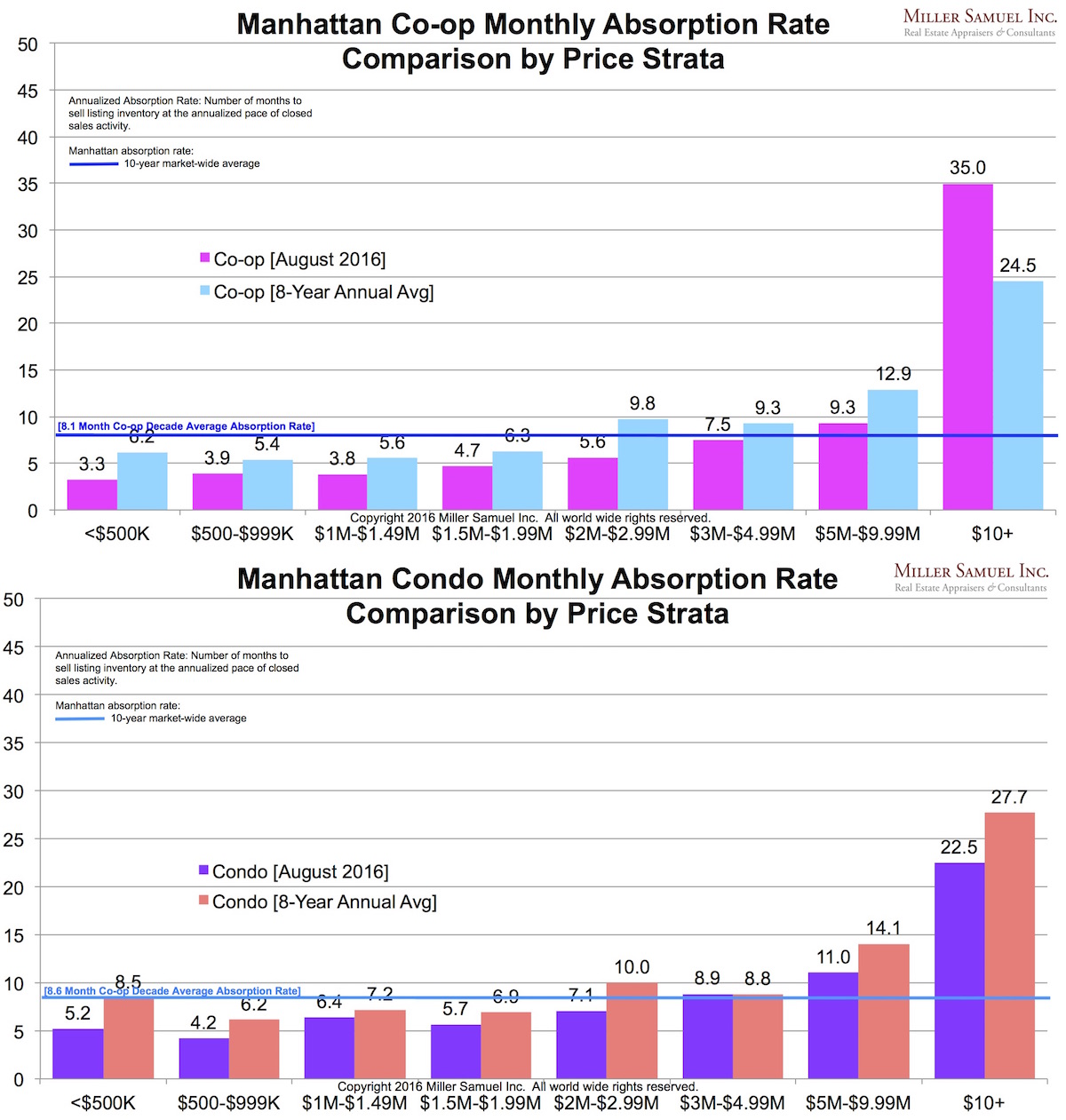 Syndicated columnist Ken Harney wrote a piece this week I first saw in the Chicago Tribune and the Washington Post. It was a well written piece that discussed how the appraisal process is being interpreted in sales transactions. Few in the real estate economy outside the appraisal industry have any real understanding of the challenges our industry has faced in the aftermath of the financial crisis. Our valuation expertise is not a commodity like a flood certification.

I shared with Ken my thoughts on the piece:

From the consumer standpoint, there are clearly delays but that is a by product of Brexit – the drop in mortgage rates and the corresponding surge in refi volume. From the mortgage industry standpoint, the economic model doesn’t work so supply and demand rules kick in. The limited supply of half priced appraisers cause fees to rise, even setting aside the collapse in appraisal quality through the AMC process.

He understood my point and shared a story he came across in his reporting that he allowed me to share.

In brief, after being given the unacceptable October 6 date for delivery of an appraisal, the mortgage broker threw up his hands and asked the AMC what it would take to get a rush report out of the appraiser assigned to the work. The AMC rep had no idea. So the mortgage broker started pulling numbers out of the air –would $1,000 do it ? $2,000? the AMC rep promised to check. Not surprisingly the answer came back from the appraiser : $2,000 would definitely speed up the process.

Irony alert: It’s called supply and demand. Appraisers have been starved for income since the financial crisis, largely because the AMC system has taken 1/3 to 1/2 of our industry’s income since 2009 and NOW we are being greedy? LOL. Surge pricing a la Uber.

I also tweeted this…

The concern I have with this misleading appraiser shortage narrative is that banks and AMCs are already lobbying in Washington to enable more automated valuation to be used in lending to offset the “shortage.” I suspect that there is no concern being expressed in Congress about the collapse in quality due to reliance on AMCs by commercial banks since the Federal government has already demonstrated its willingness to bailout these players when (not if) there are problems in the future. Correlation versus causation.

If you need something rock solid in your life (particularly on Friday afternoons) and someone forwarded this to you, sign up here for these weekly Housing Notes. And be sure to share with a friend or colleague if you enjoy them. They’ll overprice your house, you’ll hydrate and I’ll aspire to be a water drinking titan of industry.

Sorry but I gotta cut it short and get back to the conference….