Telling the story of the Housing Market takes different shapes. I spend a lot of my time conveying what I think is the correct nuanced narrative to others after researching a particular market. Kurt Vonnegut, one of my favorite authors, conveys this point brilliantly, and with humor.

I’ve been the author of an expanding market report series for Douglas Elliman Real Estate since 1994. All markets saw significant price gains, aided by lack of listing inventory.

Here’s a great listing inventory chart from the 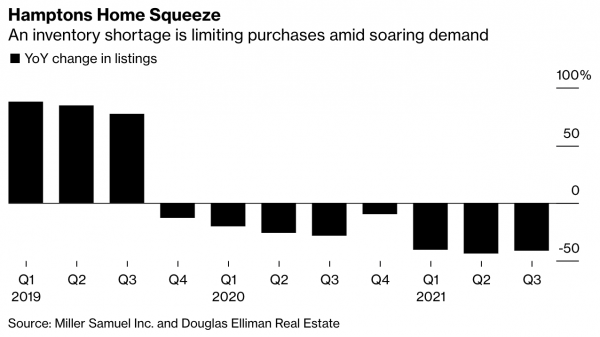 “Prices continued to rise and set records as market strength towards higher-end.” 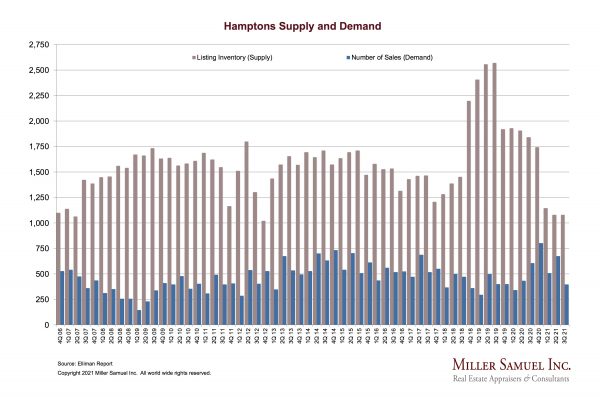 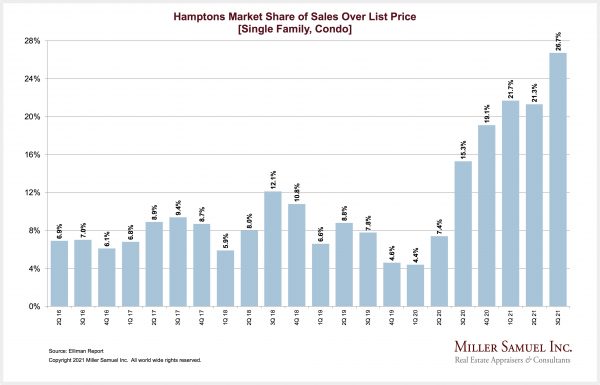 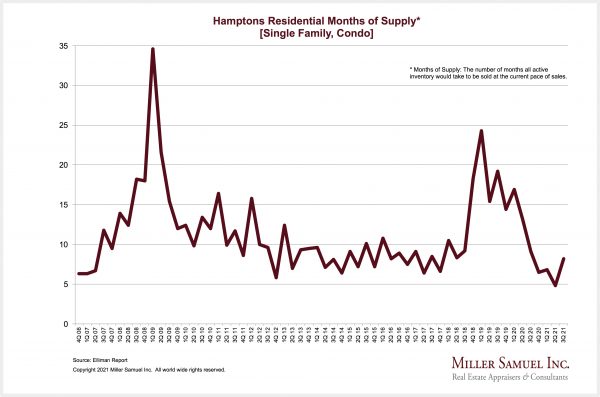 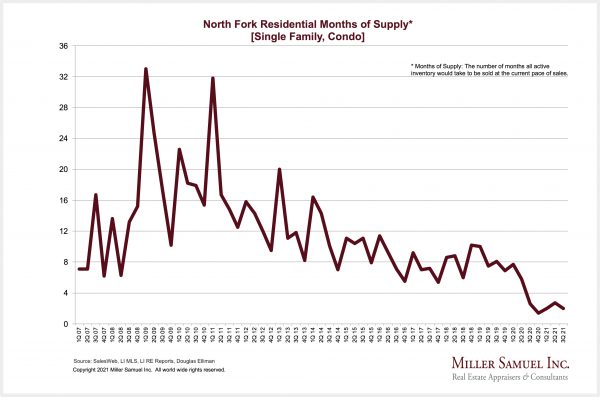 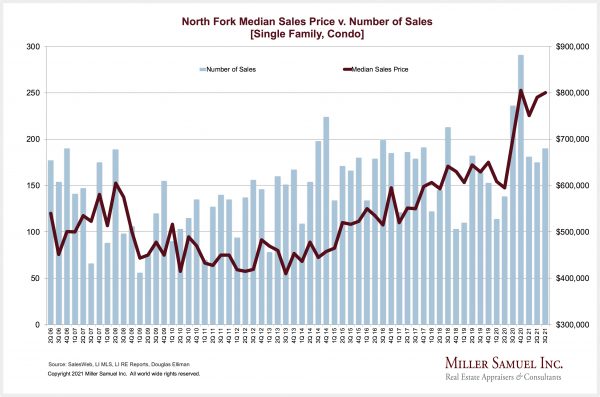 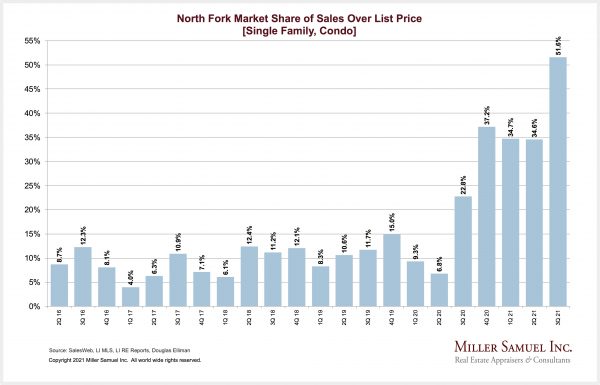 Our Research Made The Cover of Newsday!

Although it’s our 5th time, making the cover story of Newsday, the largest newspaper on Long Island – and I wasn’t dead or indicted – is always a win. 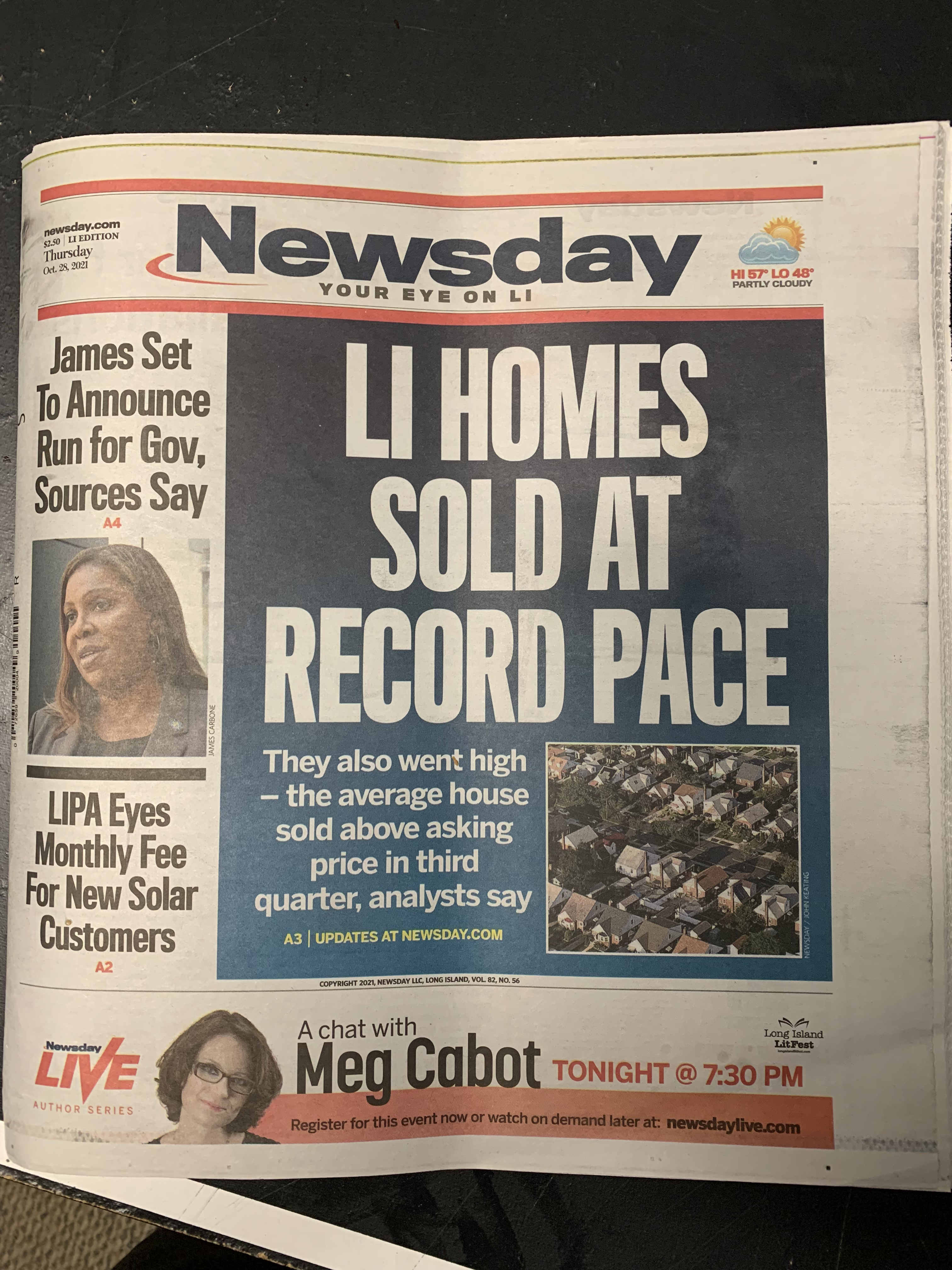 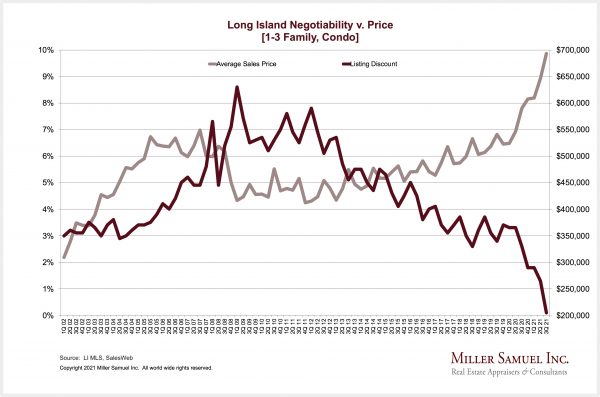 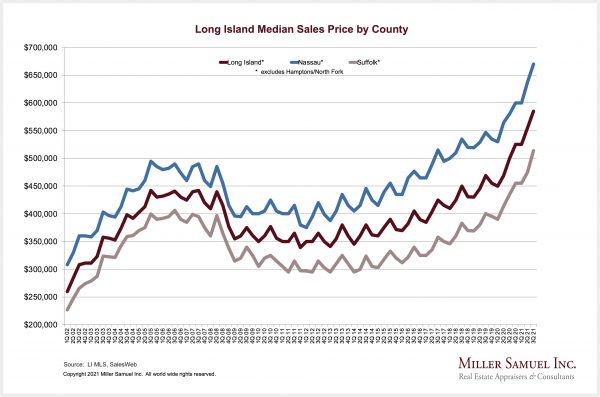 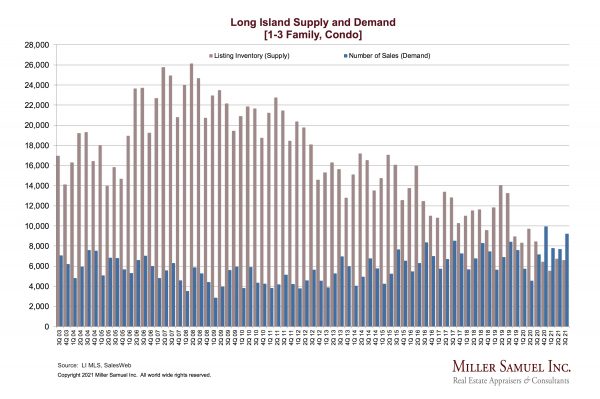 More Weirdness About Inflation And Helpful To Understand

Here’s a very helpful twitter thread from Dan with lots of charts.

Economist Danielle DiMartino Booth sits down with one of my favorite housing analysts (and of Zelman & Associates) “Dennis McGill Strips Away the Demographic Delusion Threatening U.S. Housing“ 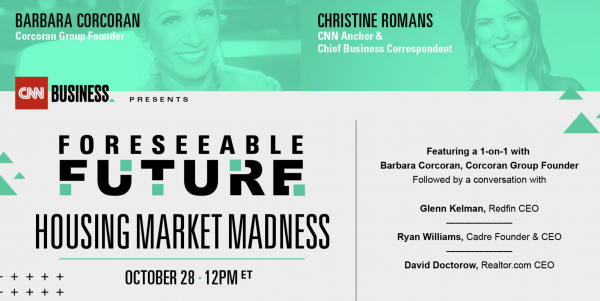 Barbara Corcoran sold her firm exactly 20 years ago for a big number. She turned real estate on its head with her innovative marketing and branding that was new to real estate. IMHO she never really was a real estate expert, but she was a brilliant marketer and she has continued her amazing success with Shark Tank. She has nothing to do with the real estate company that bears her name and her appearances on real estate shows reflect her homespun approach without understanding the underlying issues. This is not meant to be criticism at all to her. She is a real estate legend. Kudos to Barbara, truly.

Yet her branding always defaults to her as a real estate expert and she is on TV every day and is loved by many. As the current CEO that negotiated the deal with NRT to buy Corcoran said:

“Barbara would always say, ‘I want the last page of my book to say, I never even read a piece of paper,’” Liebman told The Real Deal in 2016. “She didn’t want to get involved in the details.”

I assume that is why she was the perfect fit for this CNN special Housing Market Madness which is ripe for anecdotal explanations and low on actual details. That “Housing Market Madness” title suggests something wildly complicated, scary, and irrational is happening along the lines of the housing bubble 15 or so years ago. Shows like this will not convey useful information to consumers, but rather, leave them feeling even more confused.

As you can probably tell, I can’t stand this type of housing market sensationalism. The housing market situation is really not that complicated. Take a 5% 30-year mortgage rate in 2018 down to 2.5% during strong economic conditions pre-pandemic and then a few months later into the pandemic and throw it against already low inventory levels and you get a massive housing market distortion. Leverage is not a big factor and mortgage underwriting is very conservative. Don’t confuse housing price trends with mortgage payment trends. 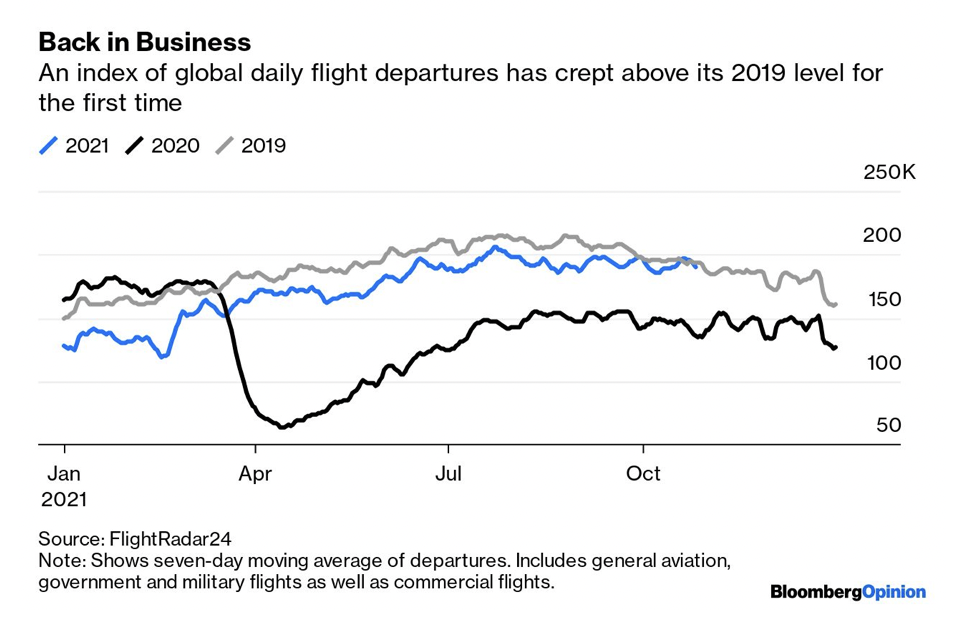 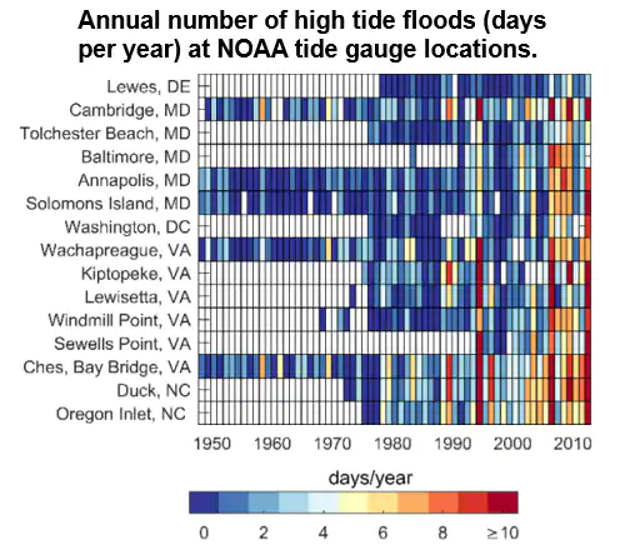 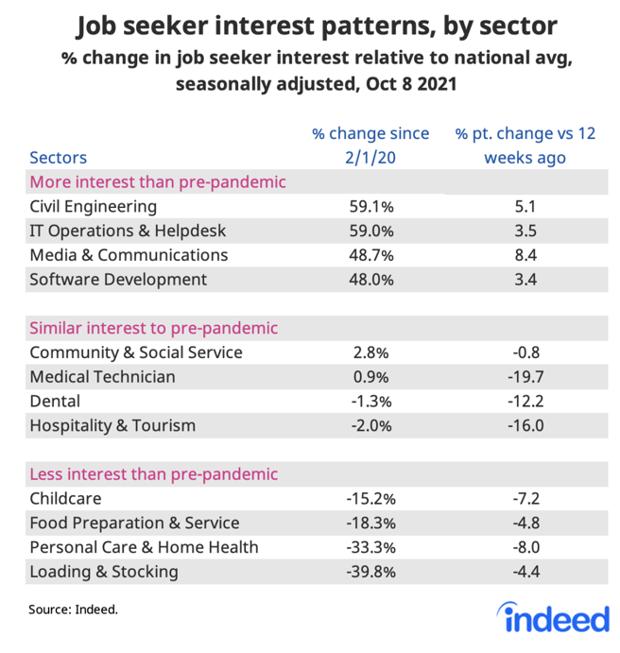 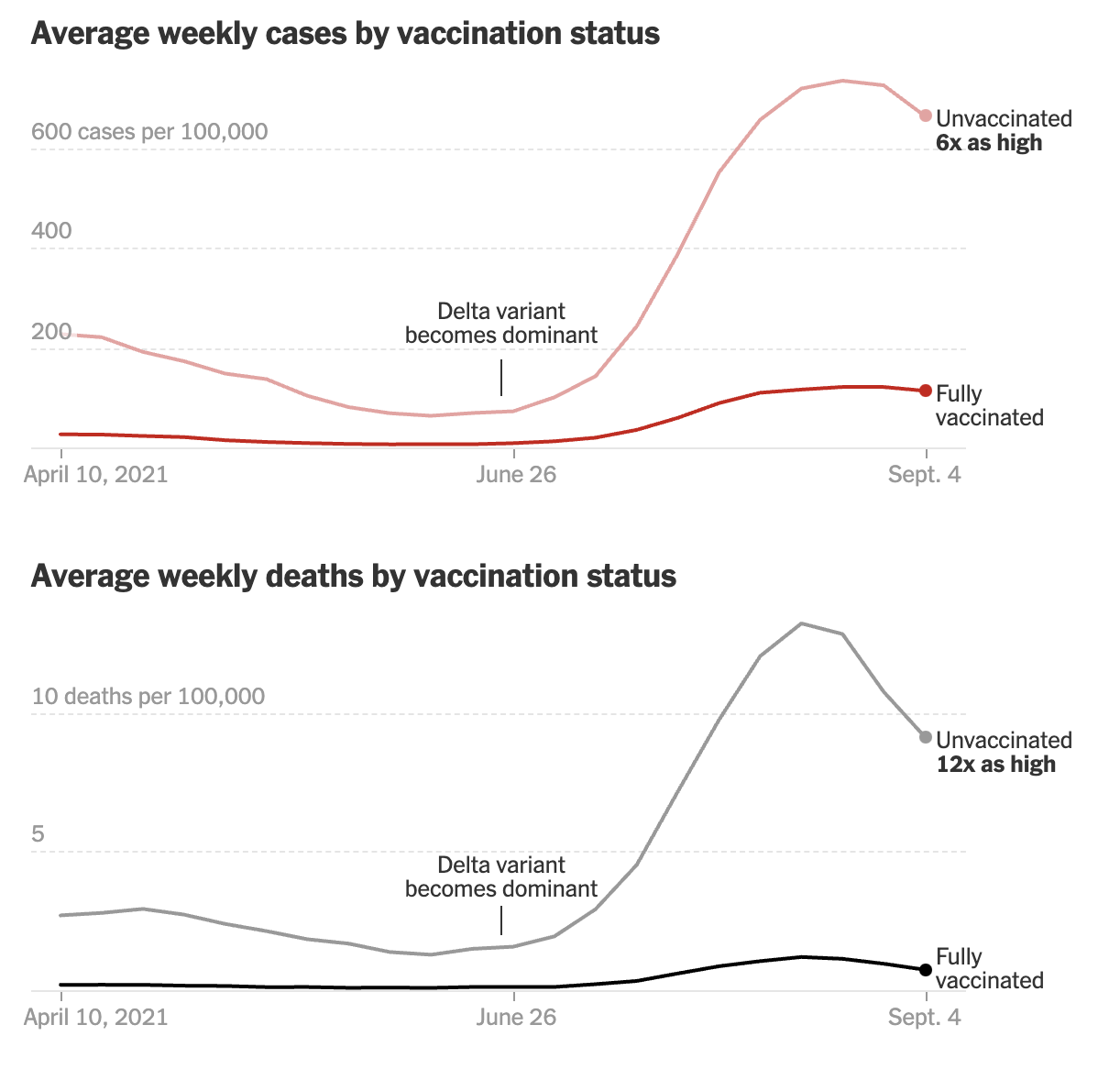 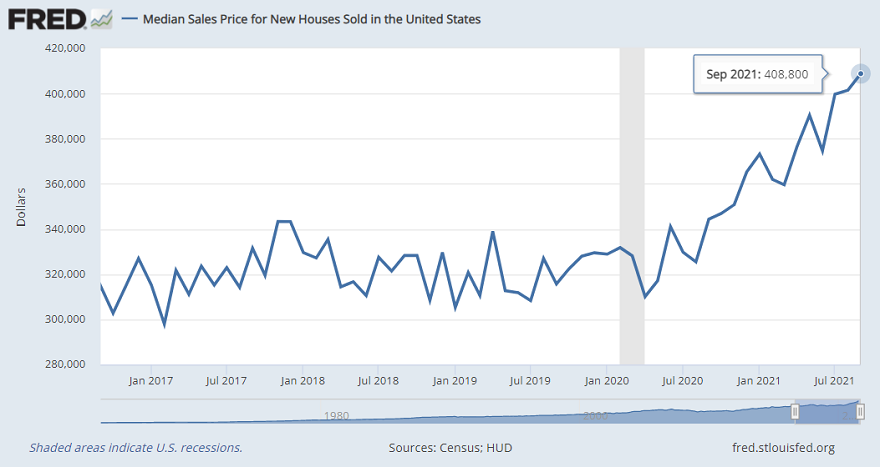 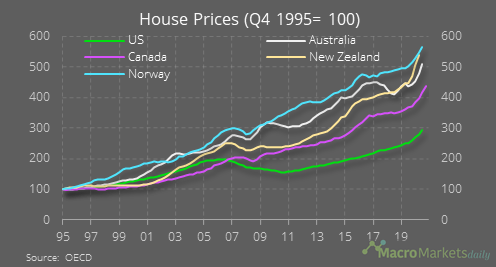 According to the latest NFIB survey, a record no. of small businesses are planning to raise worker compensation.

Historically, the pain threshold for margins was ~4%. pic.twitter.com/pE8zQX9Lw7

Yesterday I got to speak to a very large group of real estate agents in Northern California for an hour on behalf of Metrolist and CREB. It turned out to be a very engaging event and I’ll probably do something again for them in the first half of 2022.

It was so awesome to get great feedback from the audience to understand what they are seeing on the front lines and the kind of questions their sellers and buyers are asking.

This thread recaps the story of my career through similar experiences. Be sure to click on the tweet to read the thread.

APPRAISERS, SHAMPOOERS, GOAT MASSEUSES AND LIBRARIANS ALL REQUIRE A LICENSE

(October 29, 2021) – Say, you’re an architect and you wish to lead a walking tour of the architecture of New Orleans. The bons temps will not rouler for you and your audiences until you first seek permission from the city, where tour guides must pay the city a fee and pass a test on the Big Easy’s history and culture. The City of New Orleans is basically licensing storytellers. And, as any college student working the “Jungle Cruise” ride at Disneyland will tell you, you go off-script at your own peril.

Say, you’re a veterinarian in good standing in Kentucky with an interest in massaging hooved creatures as part of your practice. Don’t plan on doing it in the Bluegrass State in 2021 without special training. Last year, legislation failed to pass the state’s lower chamber (House Bill 346) that would have allowed you to massage large or small animals without first providing the state’s Board of Licensure for Massage Therapy proof of completion of 100 hours of training.

A version of the animal massage licensing melodrama played out one state to the south as Tennessee’s Department of Health threatened two women, Martha Stowe and Laurie Wheeler, with fines and jail time for providing horse massages without a veterinary license.

Among the ranks of the occupationally licensed, depending on the state, are fortunetellers, party planners, home entertainment installers, packagers, florists, shampoo assistants, interior designers, gas pumpers, beekeepers and librarians.

Over the past several decades, observed a White House report, the share of U.S. workers required to obtain an occupational license has grown sharply. When implemented carefully, licensing can offer important health and safety protections to consumers. However, the explosion of occupational licensing (and the thousands of bureaucracies created to ride herd on licensees) adds big costs, which are spread to the public at large. Often the requirements for obtaining a license are outdated. Such licensing restricts employment opportunities, and hampers worker mobility, making it more difficult for workers to take their skills across state lines.

In 2020, South Dakota Gov. Kristi Noem was rudely introduced to something akin to a medieval guild operating under her nose when, in September 2019, her daughter applied to become a state-certified residential real estate appraiser. But almost a year later, the state’s Appraiser Certification Program still had not granted the license upgrade she had been working toward since 2016. Kassidy Peters, then 26, ultimately received the certification in November 2020. But for her intervention, the governor was sued by the agency head on age discrimination charges. A $200,000 settlement made the complaint go away, and the head of the entrenched agency went quietly into the night.

Lori Noble, a Daniels, West Virginia-based real estate appraiser, has something to say about occupational licensing in the Mountain State – specifically, how it is crippling her own profession and adding hidden costs for all West Virginia property owners.

West Virginia requires licensing for some 70 different occupations. It presents a complicated tangle of requirements overseen by more than 30 entrenched bureaucracies. Noble contends laws in West Virginia require too many aspiring workers to obtain government permission to work. She slams the practice as un-American.

As energy jobs in West Virginia dry up under the current war on fossil fuels, occupational licensing is increasingly forcing displaced energy workers to seek permission from state government agencies just to earn a paycheck. They must pass exams, pay fees and jump through various costly and time-consuming hoops. Some become discouraged. It keeps an unknown number of young people from participating in the job market altogether.

An occupational license, says the Arlington, Va.-based Institute for Justice, is essentially a permission slip from the government to work at one’s chosen profession. As such, these licenses routinely stand in the way of honest enterprise. The requirements for licensure can be an enormous burden and often force entrepreneurs to waste valuable time and money to become licensed. These burdens too often have no connection at all to public health or safety. Instead, they are imposed to protect established businesses from competition.

Occupational licensing affected about 5% of American workers in the 1950s. By 2016 it had grown to more than 22%, according to the Brookings Institution. This licensing results in wasted or misallocated resources and creates unnecessary barriers to employment and economic prosperity. It deprives the marketplace of new ideas and chills innovation.

Occupational licensing is plagued by what scholars at the Mercatus Center at George Mason University call “regulatory accumulation.” The mounting regulatory burden and high barriers to entry have resulted in artificial scarcity in some licensed professions and the inability to rapidly expand and contract to meet market demand.

Quietly, imperceptibly, society pays for it all.

Jeremy Bagott, a licensed appraiser and former newspaperman, sends up a warning flare in his 2019 book “Dispatches from the Cosmic Cobra Breeding Farm.” He takes the reader deep inside a tiny Washington, D.C., foundation that has managed to have its copyrighted code of conduct enshrined in federal and state law. All 50 states, even the U.S. territories of Guam and the Northern Mariana Islands, now enforce it. The nonprofit, known as the Appraisal Foundation, has parlayed the arrangement into a lucrative publishing cartel. In his journey, the author uncovers a troubling trend deep in the plumbing of government.

Precision has its rewards. Wait for it…