Flying Ahead Of Ourselves In Housing

There’s a fun story (not this other fun story) in Forbes about parking your flying car at your penthouse within a luxury condominium. (But god help you if your toddlers are swimming in the pool with the nanny when you decide to land).

Well, this was the final week of our 4-week quarterly gauntlet of market reports prepared for Douglas Elliman Real Estate. I’ve been authoring this expanding series of research since 1994.

Sadly the coverage of our Hamptons research didn’t rank at the top of the Bloomberg Terminals this week – I guess there was some other news going on that was more important? But then again, it’s always about the chart: 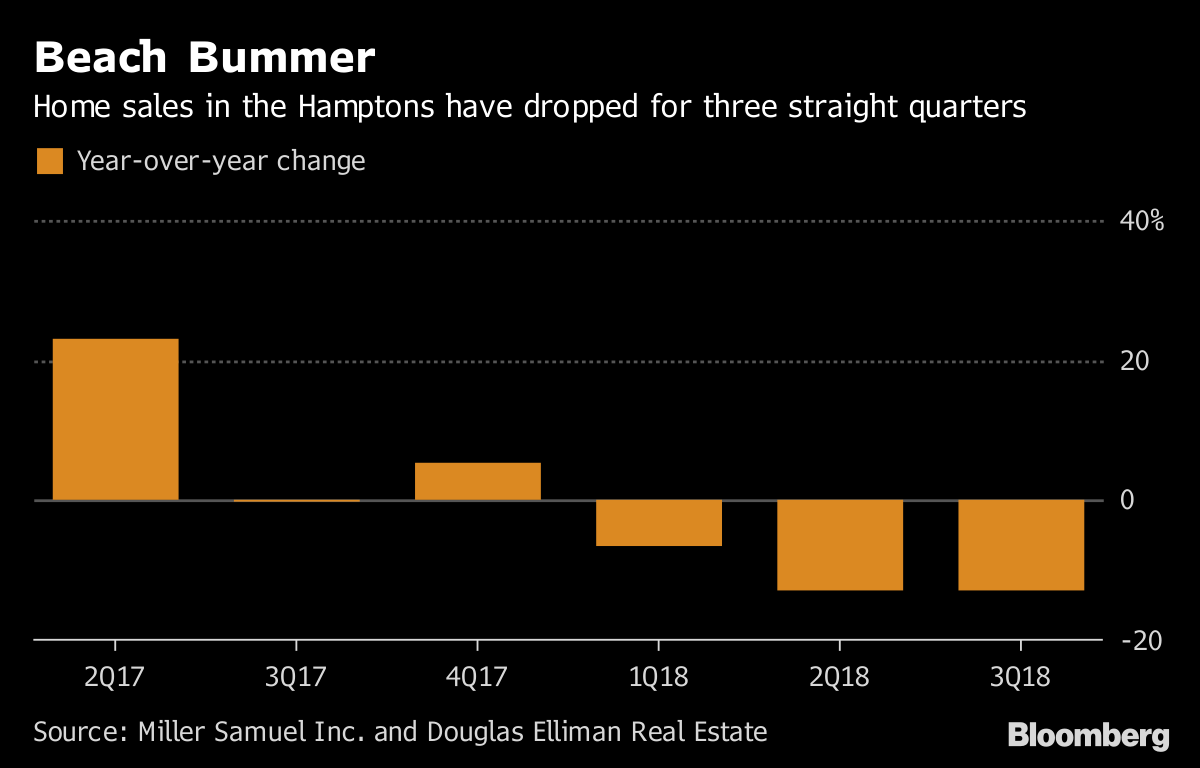 Media coverage can be found here.

Here are some key observations of our three reports:

Some of our charts from the chart gallery: 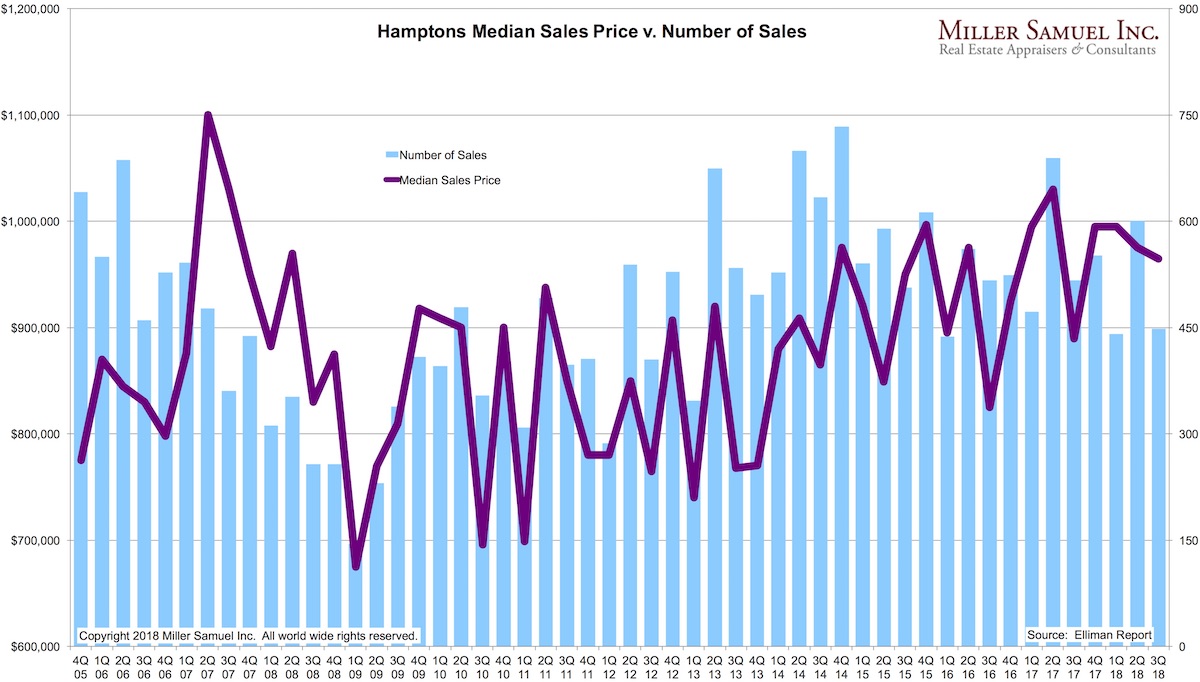 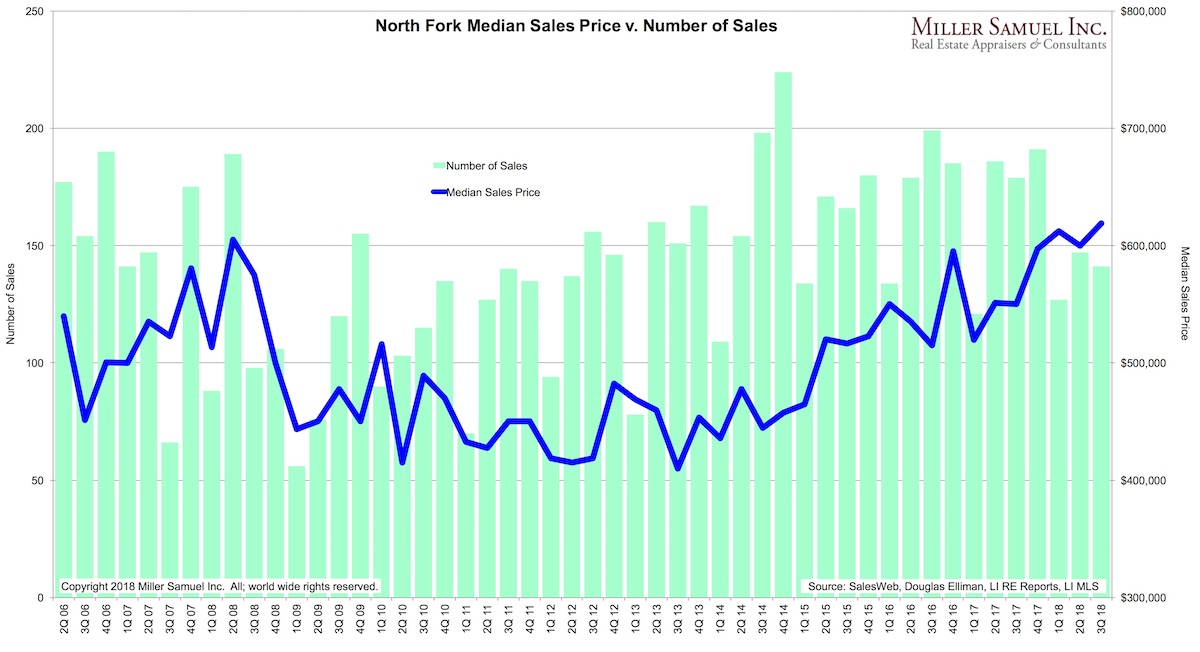 Media coverage can be found here.

Here are some key observations in these reports:

Greater LA including Westside and Downtown

Some of our charts from the chart gallery:

Why The Northeastern U.S. Housing Market Is Being Hit Hardest

There was an amazing Bloomberg View piece on why Northeastern U.S. new homes sales are being hammered. SPOILER ALERT It’s the new federal tax law. 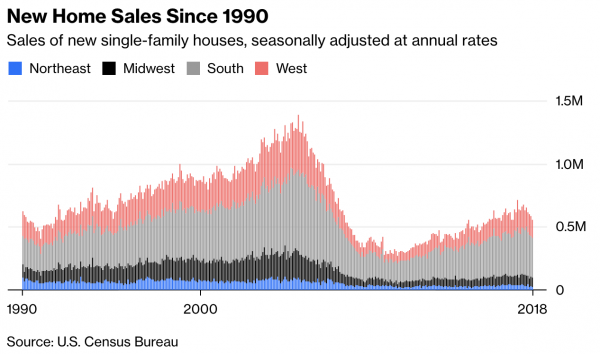 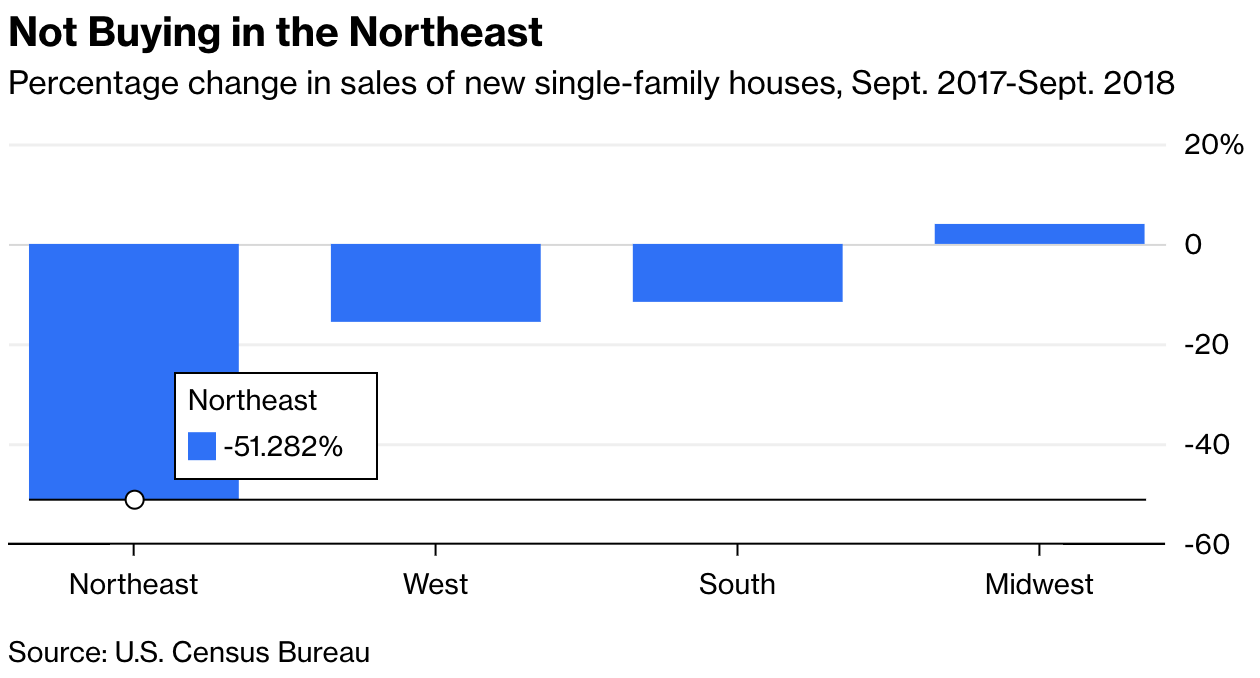 But its really not just about new home sales. Existing sales are declining too but the west coast is being hit harder than the northeast because prices are higher.

Existing home sales have declined even more rapidly in the West than in the Northeast. But that seems to be more about high prices than the loss of the tax deduction. The West has by far the most expensive houses in the country, but California ranks 21st in per-capita property taxes, and the other populous Western states rank even lower. 1 Lots of affluent Californians will still be hit hard by the reduction in the state and local tax deduction, but it will be mostly because of no longer being able to deduct all of their state income taxes, so the impact on the housing market will be less direct.

There’s an interesting tax analysis by state on the visualization web site “HowMuch.net” A Visual Guide to State Taxes that’s worth a look. 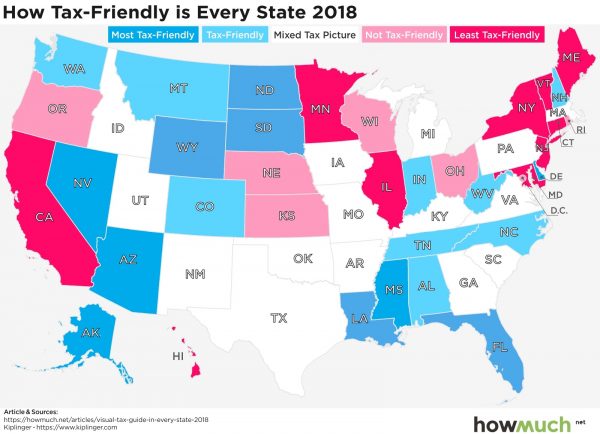 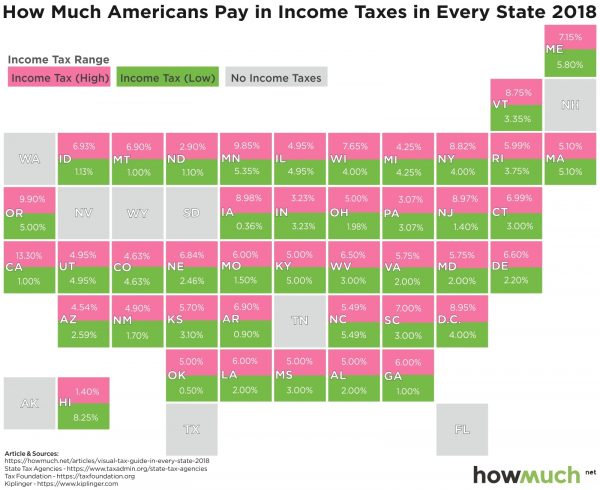 It’s long been a rule of thumb in the brokerage industry that the average length of time a homeowner stays put was 7 years. But that’s so 2012. It’s more like ten years, according to First American who calls the metric the “Median Homeowner Tenure Rate” and here’s an illustration of the pattern. 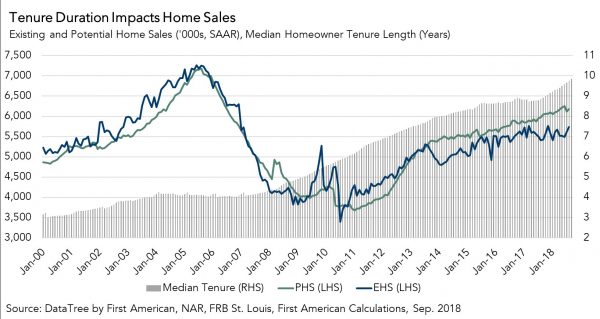 The challenge is this:

Homeowners are staying in their homes longer than ever, limiting supply and slowing home sales.

I’m sure rising home prices against tepid wage growth and above historical average credit standards are a key reason for the hibernation. 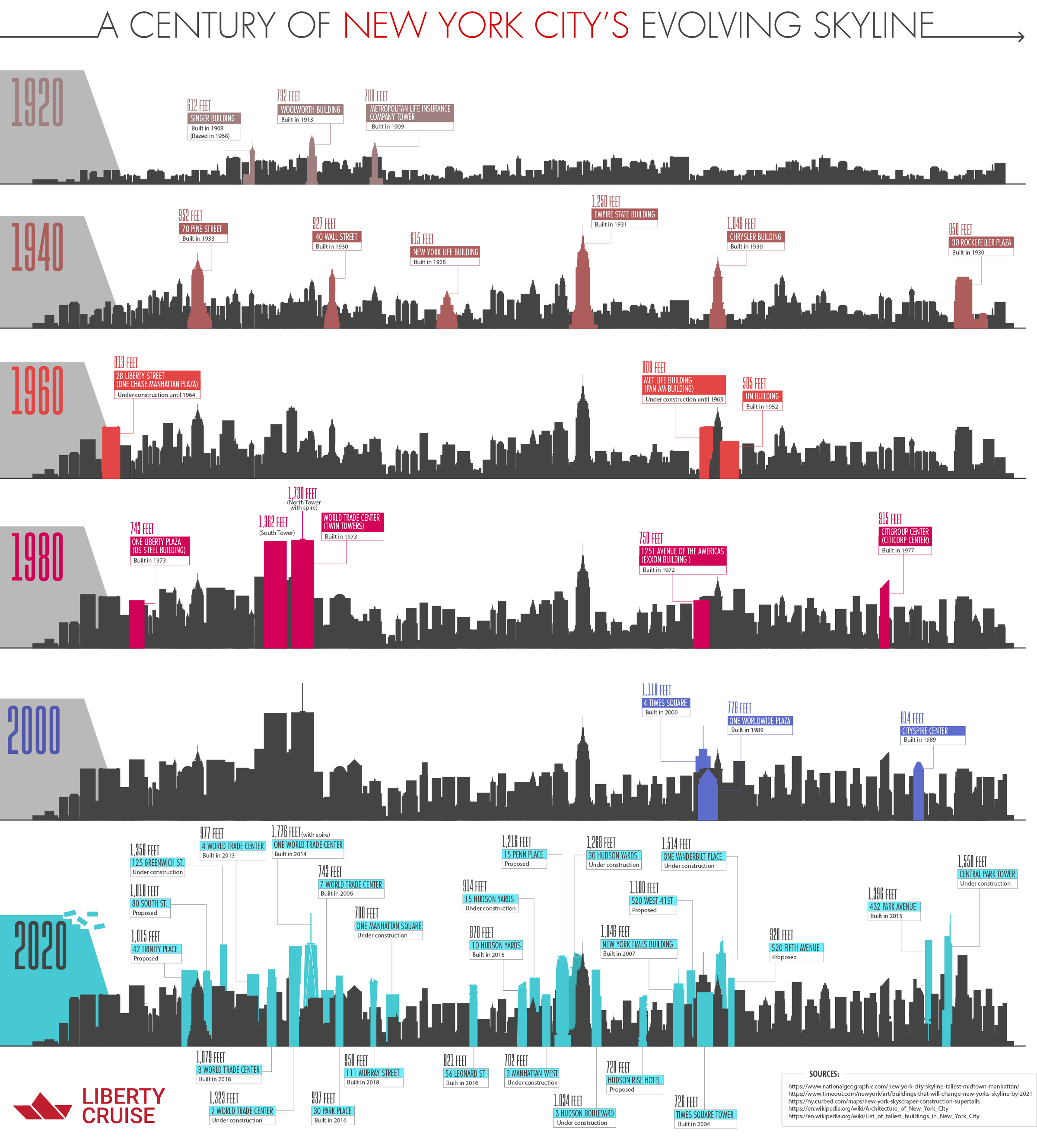 I’ve been speaking about the New York-based Compass off and on for the past year because their model doesn’t click for me with all that I have read and heard. Usually, I wouldn’t care about a specific firm like this, but the cartoonish nature of their storyline keeps drawing me in. Their leadership has brilliantly snagged $1.2 billion in funding for what seems to be nothing more than a traditional business model with smoother finishes and more bright and shiny lights. I know many people who interviewed there and said it is a traditional firm with a glossier finish. I’ve also listened to all the things that their leadership has said in public, but they never answer the questions like this posed by Pam Liebman of Corcoran Group this week: “What makes you not a traditional brokerage model?” Reffkin has never answered this type of question directly. The audience is always left with some sort of intangible salesy vision thing. An early favorite answer of his came from his interview on CNBC when Andrew Ross Sorkin asked the same question as Liebman. Reffkin gave a series of rhetorical responses such as “Is Amazon Just A Bookseller?” and “Is Tesla just a car company?”

Their 5-10 year vision seems to be merely consolidating services on one platform. It feels much like the efforts of large brokerage firms over the past several decades, offering mortgage, title insurance, management, and other services, but wrapped up in a shinier package somehow. My wild guess is that their own brokers are providing the clicks in their daily business to enable some analysis tool for vertical integration of other services. The upside can’t be in the brokerage business itself.

I do not question that some brokers love working there and perhaps are sold on the promise of a vision that will pay them handsomely in stock options. I do not wish Compass ill will either. I have no skin in the game. But from the outside looking in, I worry about how this all ends. The math as illustrated by their public performance only seems to affirm them as a traditional brokerage and their only difference with most firms is an assumed lack of profit and a pile of cash to draw upon indefinitely. The test for the validity of their “non-traditional” model should be this:

If their vast pool of capital was removed from the equation five or even ten years from now as Reffkin outlined, does this “vision” enable Compass to break even or be profitable? Will current leadership carry this vision (not yet conveyed in any way to the public), allowing the company to survive on its own let alone provide a handsome return on a $1.2 billion provided by Softbank?

Although my concerns make no difference here in any way and I assume the founders will make a lot of money, I do worry for those people outside of leadership that are currently “all in.”

After 4 weeks of 24/7 market report research and releases, I’m going to give my Appraiserville readers a break. I still have unfinished business to cover including the A La Mode preference box issue and the AI California lobbying to destroy the difference between licensed and non-licensed work so their membership can make less money.

Instead, I will leave you with this one important message (aside from my Forbes profile article, LOL):

It is not too late to signup now!

This is a fascinating way to look at the geographic center of the global economy – as illustrated in The Economist. 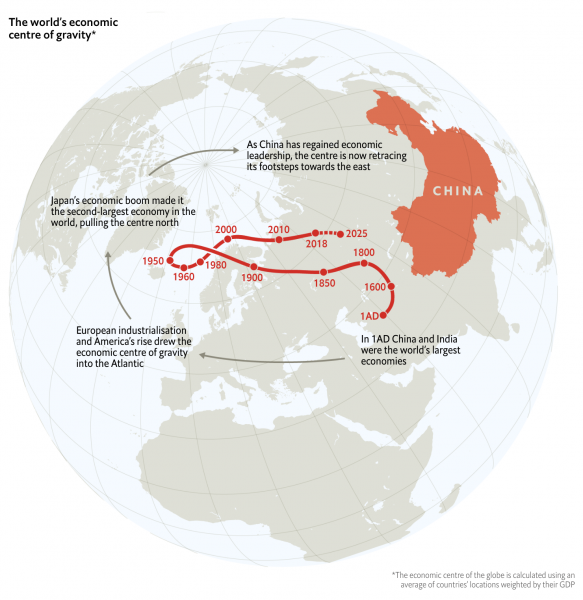