The wedding gauntlet I mentioned a while back in these Housing Notes has come to an end until about a year from now. My wife and I attended 4 weddings in 3 months (3 in the midwest and 1 in our backyard). And if it couldn’t get any better, a nice touch was used in last wedding reception – they placed my nickname on the back of the name card. Little did I know that so many relatives and friends had the same nickname as I. “Chicken” is an odd one though.

At tonight's wedding reception, they placed my nickname on the back of the seating card.

Seven market reports I author for Douglas Elliman were published yesterday. I’ve been independently preparing a growing series of market reports for them over the past 22 years (and appraising in between). Two of the reports covered markets in Connecticut.

For those readers who aren’t from the NYC metro area, Greenwich, CT is a suburban town known for both its mansions and residents with strong ties to Wall Street. It’s a beautiful area close to the commuter trains.

Over the past 5 years, Greenwich did not see the run up in prices that the remainder of the region generally enjoyed. In fact, it is becoming a microcosm of the new urbanism movement. Home sales closer to the downtown are generally thriving and larger homes further away are not. Titans of industry have been known to prefer the large estates further out and when they go to sell, they price them as if the market had been booming all along. And yet those homes are the optics through which most view the state of the Greenwich housing market. This is much like the way Manhattan is seen through the lens of super luxury $100 million apartments that have slowed down when the balance of the market remains strong.

The Elliman Report on Greenwich was the basis for a great article on the Greenwich market by Bloomberg News (with a chart!). 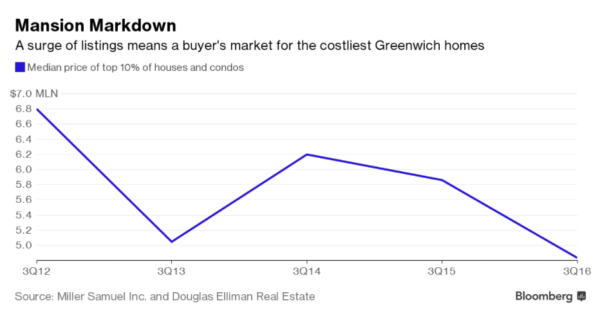 The article was the #1 most read story on the Bloomberg Terminals world wide and you can see the broader report coverage here.

Here are a few of the matrix tables in the 3Q16 Greenwich report :

South Florida Showed It Was Like New York City

Five of our market reports that cover the south Florida housing market were published by Douglas Elliman. I found the “soft at the top” theme was clearly evident there. 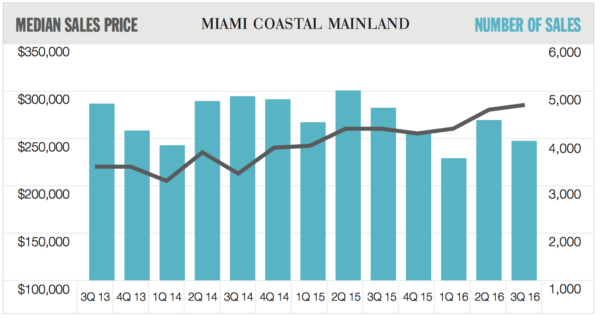 Chart of the Week: Pent-up Housing Demand via Millennials

There is nothing like a good chart and the best one was over on my fried Barry Ritholtz’s blog The Big Picture. The economist who create this and others over at Deutsche Bank, Torsten Slok, is one of the best to cover housing. 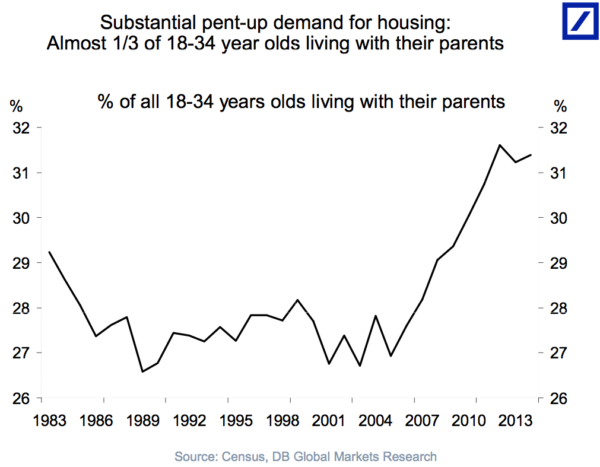 Ironically since I am attending the ASB public meeting Friday morning in Washington, I have less time to write about appraising. I’ll double down next week.

In the meantime, read this article:

AppraisersBlogs: Tell Them to Find Some Other Lesser Experienced Appraiser

And listen to this 2 part podcast from Voice of Appraisal:

Voice of Appraisal E125 A Brave New World Part 1 / The Rise of an Appraiser Czar???

If you need something rock solid in your life (particularly on Friday afternoons) and someone forwarded this to you, sign up here for these weekly Housing Notes. And be sure to share with a friend or colleague if you enjoy them. They’ll wave to big ships, you’ll shread your car and I’ll figure out why the shape of sticks of butter vary by region.