Last week I didn’t get to do a full-fledged Housing Note because my life had temporarily maxed out. This week I am on track to do a 1/3, then next week a 2/3 and get back fully after that. Since last week’s I analogized that sometimes you can visit Arby’s for comfort food, but all they have is deer meat. While it’s an interesting change of pace, you don’t want venison served every week. 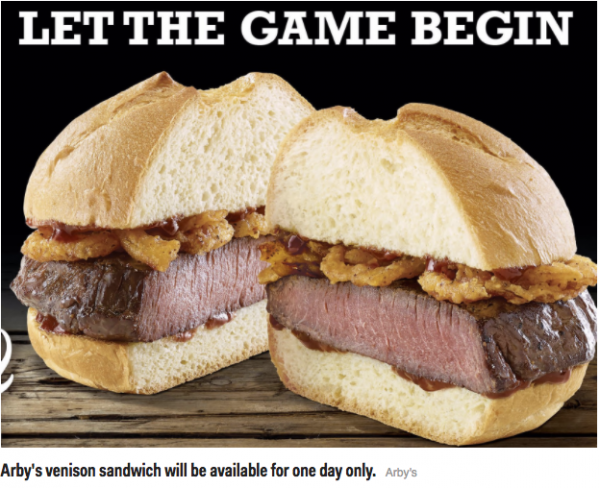 On the other hand, this is what the “every week” analogy looks like for my weekly Housing Notes – even this week’s short version. Consistency in action.

We just closed out Week 3 of our quarterly Douglas Elliman report gauntlet that I began authoring in 1994. This week featured Greenwich, CT, a market where the high end was created largely by Wall Street but since the financial crisis hasn’t been driving the market like it was in 2007. Unfortunately, many sellers never got the memo. We’ve talked a lot about the disconnect between sellers with their listing agents and buyers who seem more interested in living closer to town.

Most importantly, the Bloomberg story of the Greenwich market that covered our research went to the #2 most read on the Bloomberg Terminals worldwide (350k ± subscribers).

And a chart that reveals the market theme… 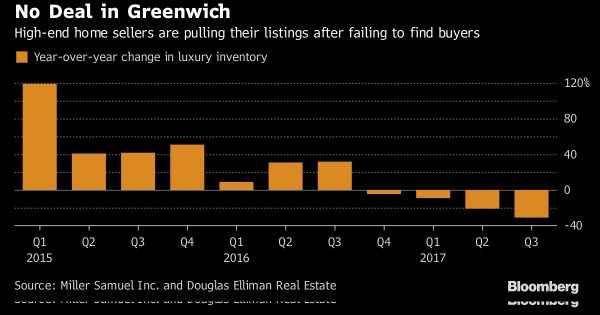 One excerpt from the Bloomberg article seemed disturbing to me.

I don’t know the answer, but it seems like the following violates MLS rules or ethics?

One listing that struggled to find a buyer was 16 Old Mill Road, a 10,881-square-foot home that had three price reductions in its more than two years on the market, according to listing records. The property, on 5.3 acres that include a 2,329-square-foot guest house, was first listed in May 2015 for $17.35 million, and eventually whittled to $11.45 million before it was pulled in September. Brokers shifted tactics, relisting the home under a different address — 781 Lake Ave. — and with an additional discount, to $10.95 million.

Can talk about Miami all day long?

There was a terrific Rene Rodriguez piece in the Miami Herald this week about the change in Miami – that it has become a grown-up. It was one of the best write-ups I have seen the shift in a city’s economic direction and the state of new development. Want to live in downtown Miami? Now could be a time to move

And not because I earned Florida’s “Quote of the Day” for October 19th.

There are a lot of good reads in the links below on the South Florida housing market, especially the one from the Shiny Sheet in Palm Beach. Please check them out.

After being so close to the heart of the appraisal industry last week at IAC of TAF in DC (acronym alert), I got nothing for you this week. actually I do but honestly, my wife just walked in the front door after flying back from taking care of her father for a week so we’re going to lunch right now.