Whats Modern Today May Not Be Housing Modernization

I’m attending the D.C. conference held by The Appraisal Foundation and have to keep Housing Notes very short this week. There are lots of great reads in the links below. But I will double down next week so rest up!

The future is here. I can see it clearly.

I’ve been the author of Douglas Elliman‘s expanding Elliman Report series for 25 years and we have a lot of new market areas to be launched in 2020.

We published the Greenwich results for the third quarter and after a tough slog, with the aid of the sharp drop in mortgage rates, Greenwich shows stable market conditions and declining inventory. This was captured in a recent Bloomberg story that at one point on Thursday became the number one read story on the 350K Bloomberg Terminals worldwide. So there is that.

And a chart, which loyal Housing Notes readers know how much I love charts. 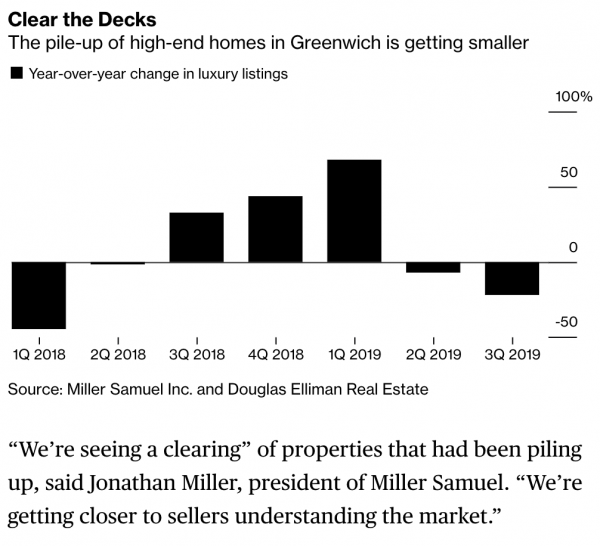 Here are some key points for Greenwich and the other markets:

“Listing inventory for single-family properties declined across the market.” 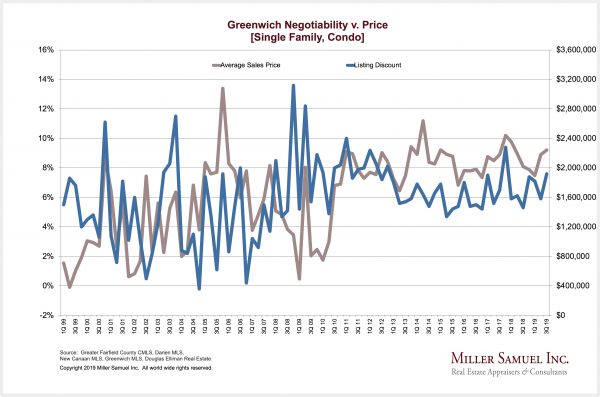 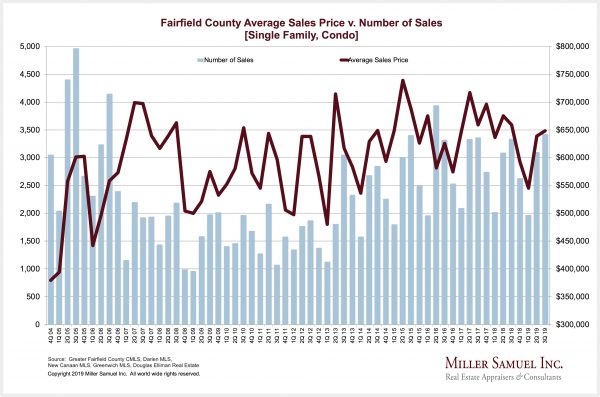 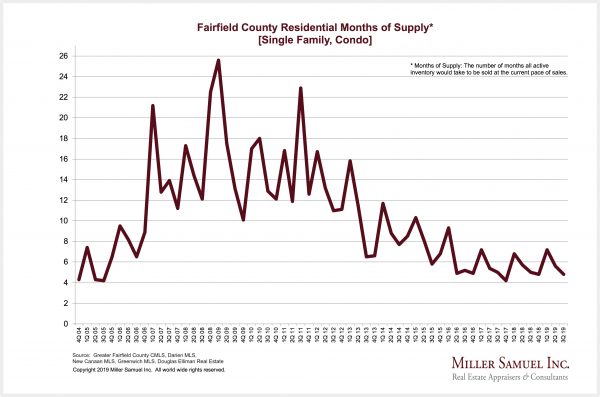 Overview
“The pace of the market was brisk as supply remained limited.” 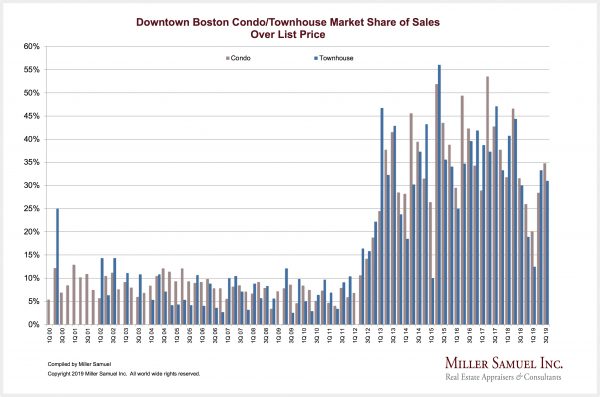 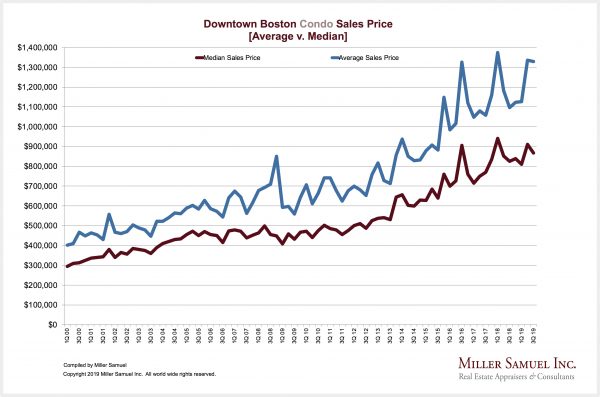 More on the results next week, along with the new market areas. In the meantime, you can view the reports here.

I’ve got a bunch coming this fall, but here’s one.

I’m attending the TAF/IAC meeting in DC this week. Phil Crawford and I were honored to speak in front of the Network, a.k.a. an association of state appraiser coalitions who drive the grassroots efforts at the legislative level and actually get important work accomplished for boots-on-the-ground appraisers nationwide.

The Future of Bifurcation Per FHFA

Mark Calabria, Director of FHFA who regulates the GSEs, said at the American Enterprise Institute this week that their sole focus is to privatize the GSEs so they can leave receivership, 11 years after being bailed out.

Bifurcation and a slew of other initiatives for “modernization” are just pilot programs at this point and not the top priority of their FHFA regulator.

US Appraisals Goes AMP A Day Late And A Dollar Short

Here’s the corporate gobblygook of the US Appraisals press release.

Who believes or even reads this crap?

“Bifurcated appraisals are a part of the future of this industry,” said Rick Garrie, Chief Valuations Officer of United States Appraisals. “There is so much potential to improve both the speed and the accuracy of appraisals with this new approach. We are committed to being at the forefront of Appraisal Modernization.”

Remember that the majority meaning of the word “modernization” is pivoting to AVMs and away from appraisers performing traditional appraisals.

I write my Housing Notes on a Mac and have been insanely devoted to the insanely great product since 1986, using them to create and run our company.