“Modernizing Appraisals,” Construction Cranes and Live Scorpions on a Stick

My wife and I have been playing tourist quite a bit this week, first in Beijing and then in Shanghai so this Housing Note is somewhat limited. Aside from the 13 hour time change (I am writing this at 5:11pm Friday in Shanghai which is 4:11am Friday in NYC) and the slow internet, it’s been an amazing experience. If you want to see some pictures, including bugs for hard core foodies and the Great Wall, you can visit my Instagram feed. More photos to come but I have to bide my time with the slow upload speeds, playing tourist and moderating two panels at The Real Deal #Shanghai conference.

The following was a key takeaway from China.

The scene during much of the 5.5 hour bullet train ride from Beijing to Shanghai. Construction sites dominated the view / I didn't think there were so many construction cranes in the world, let alone one country.

And this was just because I saw it with my own eyes.

Obligatory live scorpions on a stick in Beijing. Uh, no.

Moderating A Panel in Shanghai

I had the pleasure of moderating a panel of various real estate experts in front of a large audience of Chinese real estate investors in Shanghai today.

The panelists were terrific, providing insights to the investor dominated audience. The conversation will be covered in The Real Deal soon. I am moderating another panel tomorrow focused more on residential investing.

As an aside, I learned that 60% of the Chinese economy is reliant on the housing market and as a general comment, the typical consumer does not trust the Shanghai stock market after a sharp drop in the index a few years ago (and fairly heavy government intervention afterwards). The expanding wealth in the country is very interested in international investments given their limited options in the domestic economy. The government works hard to keep capital from leaving the country but it is somewhat futile. However in the past few years many investors with a more limited ability to extract cash to purchase real estate abroad are becoming reliant on mortgage financing. 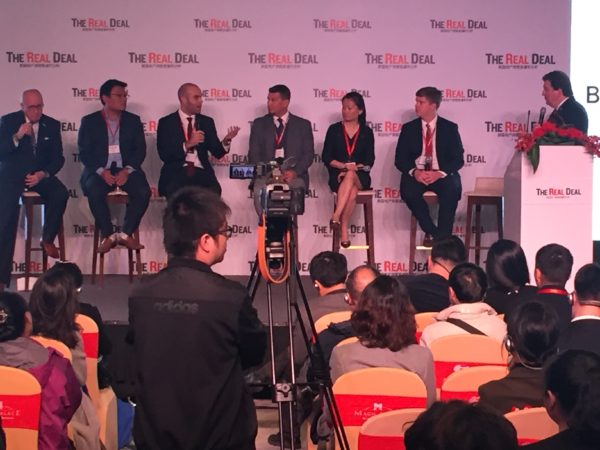 Similarities Between the High End Art and Housing Markets

I recently had the pleasure of meeting and speaking with Marion Maneker of the Art Market Monitor and we had a fun discussion of the similarities between high end art and real estate for his podcast. I pointed out that from my experience, developers start talking about their developments as works of art when sales have slowed considerably or stalled. Check it out.

The Aspirational Pricing Mentality Continues to Melt Away

There have been a growing number of high profile, high end sales with massive price cuts to their list price that finally brought the property in line with market conditions. I’ve talked about this phenomenon many times on these Housing Notes. It’s important to understand the difference between the act of cutting prices and values declining. Here is one of my favorite examples:

Even after a 50% price drop from the original list price, it took almost 2 more years to sell at a 50% discount. Looking at the large price drops and long marketing times, it seems apparent that the property was never worth anywhere close to the original list price. Iconic properties like this, despite conventional wisdom, simply don’t reflect a celebrity premium. The 2013-2014 era was rampant with aspirational pricing and now sellers are capitulating to actual market conditions to sell. The drop in list prices that will be a steady stream of news on real estate sites for the next several years, do not illustrate a sharp correction in values (yes there is some decline).

Oh and by the way, Zillow’s Zestimate tool valued the house today at $24,603,967 – roughly the asking price of the property for two years. Their Zestimate AVM tool has always been just data noise and it is up to the consumer to decide whether it the results are reasonable or not. I’m not a fan of consumers picking their own “truth.” 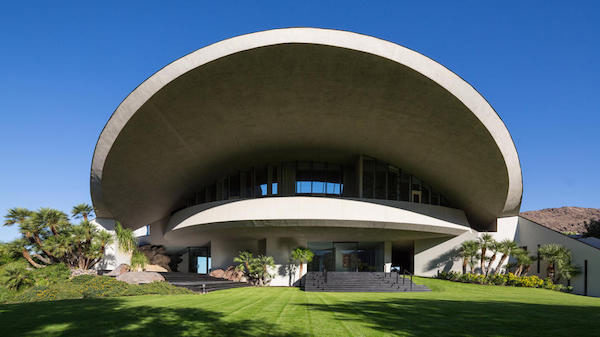 The Trump Administration’s Potential Impact On The Housing Economy, an Update

I wrote a brief post on election day based on what we thought we knew then about the impact to the housing market. His win was initially thought to greatly diminish the odds of an FOMC rate rise in December despite an expectation of greater inflation in the coming years with their big plans for tax cuts and deficit spending on infrastructure.

Now that a couple of weeks have passed it looks like that outlook needs some modification since mortgage rates are already starting to trend higher and the odds of a rate increase in December seems much higher.

Ultimately this situation is probably still good for the housing economy since deficit spending could fuel faster economic growth and higher than recent inflation levels. This will probably help financial institutions move towards the normalization of mortgage lending standards in a few years rather than distortions we currently see with close to 0% rates. In other words the slightly higher interest rates will be offset by stronger economic conditions and normalized mortgage lending conditions – that’s the theory anyway. 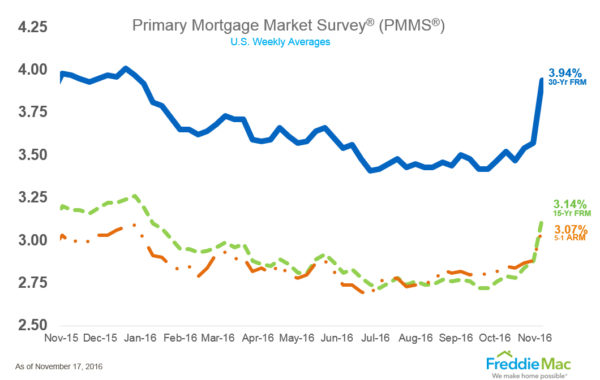 The Millennial Delay in Home Buying

Millennials have been delayed by the economic challenges they have faced towards housing in the post-financial crisis world – tighter lending standards, stagnant income growth, minimal household formation, etc. until last year. I’m not a big fan of massive infographics but I think it needs to be said that they will be a new force in the housing market, starting…I don’t know…like right now. 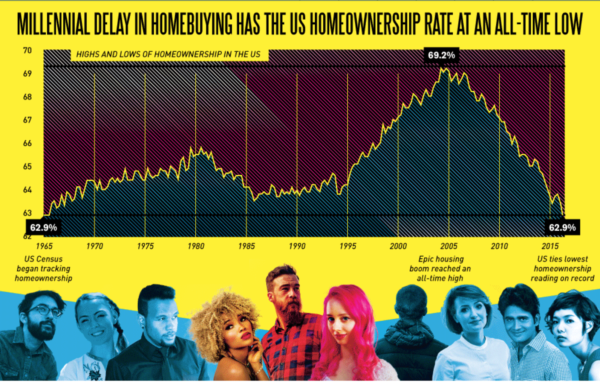 This was the title of an economic letter released by the San Francisco Fed this week that explores the idea of why we can’t seem to see a bubble when we are in the middle of it.

I bring this topic up because anecdotally I seem to be reading a lot more about housing bubbles these days.

Optimism about future house price appreciation tends to increase when house prices are high. Just as with stocks, the survey evidence directly contradicts the fundamental story that high house prices can be explained by a decline in the rational expected return from homeownership.

Economic thinking on this problem is changing. Economic models are trying to account for the idea that people’s decisions are necessarily rationale during a bubble and the perception of future upside seems to push markets off the rails. After all, we are human and are good at eventually screwing things up. 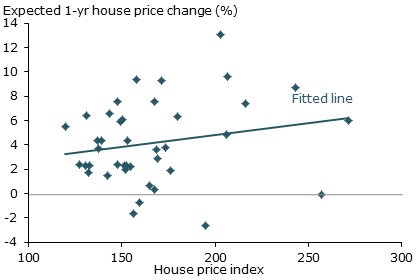 And while you are in high wonkiness mode, our understanding of supply and demand may be wrong. Here’s a Bloomberg View piece: Econ 101 Might Be Wrong About Supply and Demand

The Top of the NYC Rental Market Is Super Soft

All those luxury condo investor units that accounted for a large chunk, perhaps more than 20% of all new development condo sales, have been coming online after the building construction is completed. The high end rental market remains one of the softest segments of the residential market these days.

This was illustrated in two articles this week. The best title goes to the following article with a chart (because any title with the word “party” is a winner in my book): 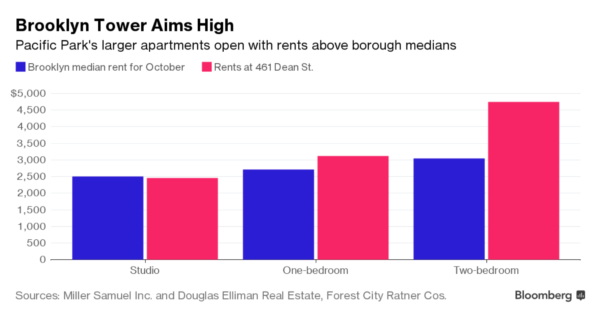 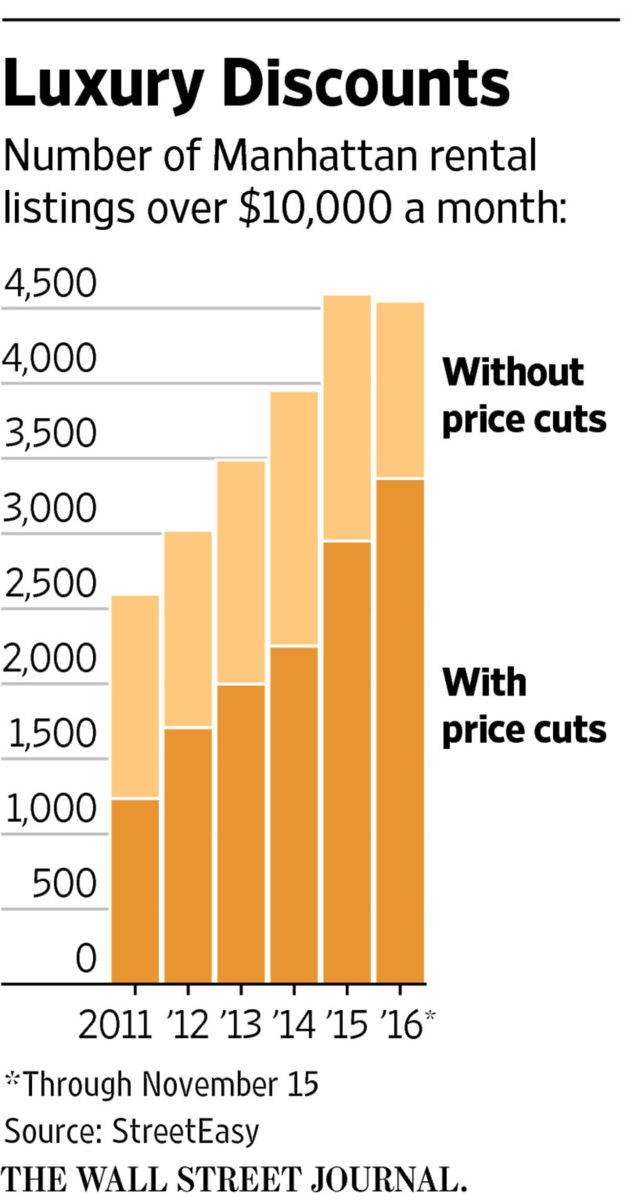 I made it to another of The Real Deal’s quote page but was spared a bobblehead version this time – some would argue my head/ego is the size of the bobblehead version. Click on the graphic to open the source article. 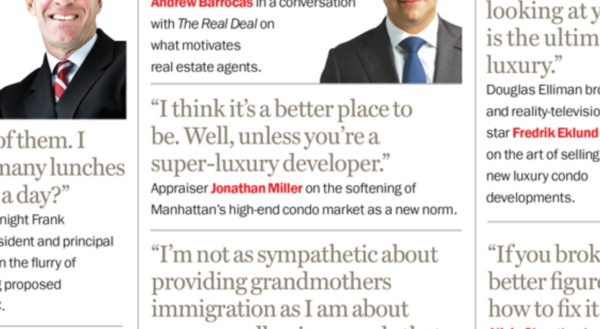 It’s All About What Shape You’re In

This had to be one of the toughest real estate tests I’ve ever taken. If journalist Matt Chaban was my real estate professor, I’d need to drop out immediately 😉 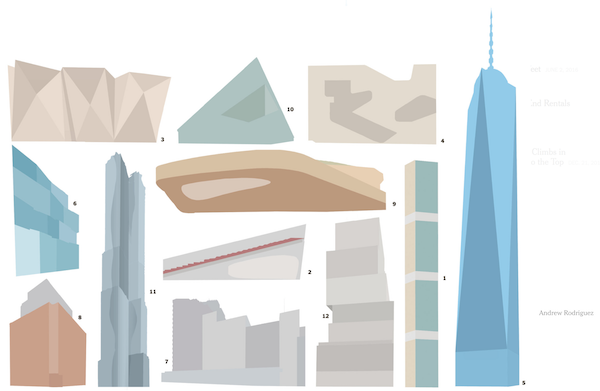 On Wednesday there was Subcommittee testimony at a Housing and Insurance (Committee on Financial Services) Hearing called “Modernizing Appraisals: A Regulatory Review and the Future of the Industry“.

.
Unfortunately with the slow internet on the other side of the planet, it was too frustrating to try to watch the stream – I will do so when I return to the land of high bandwidth. I’m eager to understand the content and appreciative of the committee to devote time to such an important topic.

Ann O’rourke wrote a few notes on it and Joe Mier recorded some poignant thoughts while Dave Bunton of TAF and Bill Garber of AI presented their transcripts/press releases.

It is a little soon but I haven’t come across any expansive commentary on the results of this hearing and all the supporting documentation. I guess I’ll just have to come back to the U.S. and find out.

If you need something rock solid in your life (particularly on Friday afternoons) and someone forwarded this to you, sign up here for these weekly Housing Notes. And be sure to share with a friend or colleague if you enjoy them. They’ll plan for uncertain times, you’ll settle for being more flexible and I’ll get some clarity.

See you next week…from the U.S.