Don’t worry. I’m not delving into politics with the following. But rest assured there are good times ahead for housing when our Secretary of Housing and Urban Development isn’t familiar with the acronym REO. He thought it was the famous OREO cookie. With full disclosure to Secretary Carlson, I would have guessed REO Speedwagon, the Detroit 70s/80s hair band and a guilty pleasure.

In the aftermath of the housing bubble a decade ago, resulting in the worst foreclosure crisis of the modern era, this mistake can’t be brushed off as just another D.C. acronym someone didn’t know. He shows a stunning lack of knowledge on the topic of housing, a U.S. economic lynchpin. As an aside, I prefer Nutter Butters over OREOS any day (but either way, Nabisco wins).

One of my sons is graduating from college today so instead, I wrote this last night with a limited amount of time, but hey, it’s a commitment.

A Building Emerges From The Dead

My wife and I moved to the Upper West Side in early 1986 three blocks north of 400 West 57th Street. At that time the building was covered with scaffolding and looked nearly abandoned – a real eyesore. While the world moved on around it, this building seemed trapped in time. In a market with some of the most expensive real estate in the world, how could a building site with scaffolding for at least three and a half decades?

This is how I saw the building for the four years I lived nearby and how it remained every time I walked by it over the next three decades. 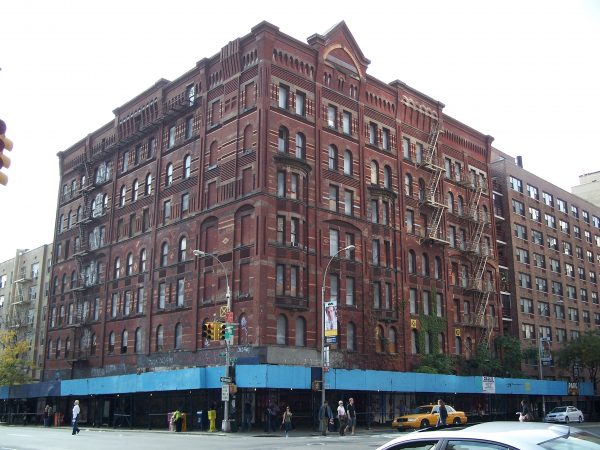 Ephemeral New York has a fun write up on it. So does the former DNA.info site.

The Windermere was built 1881 as an apartment building for women artists and writers. In the 1970’s some of the larger apartments were subdivided into single room units.

The former landlord let the building sink into disrepair in the 1980’s and had a record of tenant harassment, according to a letter the community board sent to the Landmarks Preservation Commission.

It looks like this building is on the road to recovery. YIMBY has a nice write-up on it. 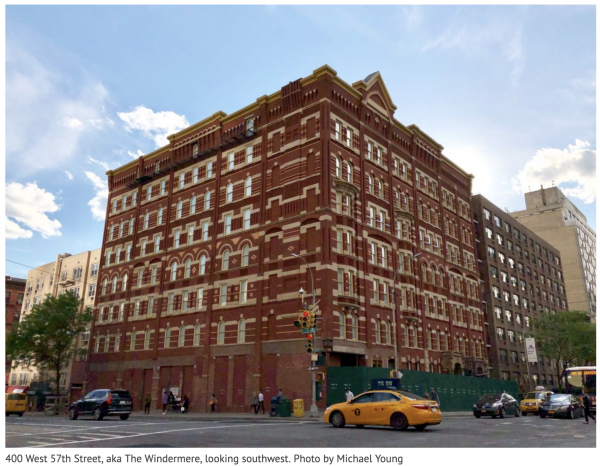 It’s not been a good couple of weeks for CoreLogic, the massive data aggregator of real estate information. It’s been no secret that Corelogic has been steadily amassing all the major real estate data sources and the top MLS platform vendor. In my industry, they purchased the market leader of appraisal software, and many of my peers became wary of some of the software changes that were initiated.

CoreLogic (NYSE: CLGX) is one of the largest real-estate data companies in the nation with 4.5 billion records spanning more than 50 years. It operates in North America, Western Europe and Asia Pacific.

Here are a few recent stories.

There was a spectacular yet very sad investigative piece in the New York Times on the disastrous situation in the taxi industry. I’ve always been fascinated with the valuation of taxi medallions that enable owners of yellow cabs to prowl the streets of New York looking for a fare. I made the assumption, as did most, I suppose, that the collapse of the taxicab medallion value was due to the massive influx of rideshare services like Uber and Lyft. But as we learned from the housing boom and bust, it was a credit bubble with housing as a symptom that enabled the collapse. For the taxi industry, it was yet another case of predatory lending and a house of cards – the rideshare phenomenon simply accelerated the collapse. And like the Uber and Lyft IPOs have shown us, the drivers are left behind.

Between 2002 and 2014, the price of a medallion rose to more than $1 million from $200,000, even though city records showed that driver incomes barely changed.

Podcast of the Week

Since I listen to podcasts for most of my waking hours at the expense of watching very little TV anymore, I thought I’d share some chestnuts I come across – either the podcast or a specific episode.

This is a new weekly podcast that drills down on key stories. It’s a fun listen and Pat is a local broadcasting treasure. I’ve been a guest on his TV show once and have done a couple of call-ins. The man has a knack for filtering out what’s important. The episode: “It’s Hard to Live Here” caught my attention.

This Week in Aspirational Pricing: “White Elephants of LA”

CNBC’s Robert Frank does a piece on a 34,000 square foot $180,000,000 LA spec home that supposedly cost $70,000,000 to develop. That seems to be quite a markup and if accurate, there is a lot of room to negotiate. The fact that the property has sat on the market for 4 years suggests that the price may have not been worth it four years ago. An immense ego seems to be what is keeping the property from being priced to market conditions. He’s now considering a $60 million price cut. I’ve never been able to stomach that kind of risk. The photo gallery in the piece is unreal.

I really enjoyed moderating the tax migration panel in Boca Raton this week. There was a big turnout – is there anything that can slip by the The Real Deal magazine!?!?!? I learned a lot from the panelists who are all on the receiving end of this new tax migration phenomenon from the Northeast and other high-cost housing markets. Some of the topics covered included what’s involved in declaring a domicile and the various tax implications. 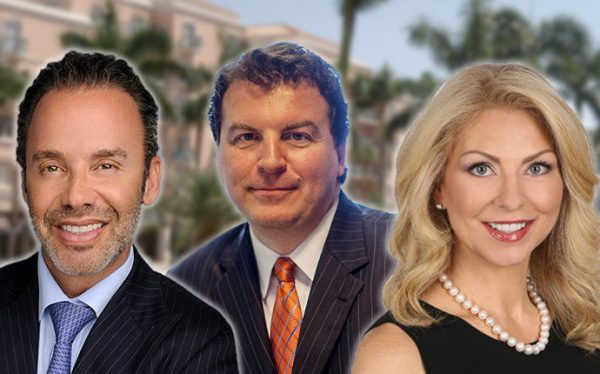 VaCAP recently shared the bad news from the family of Ken Harney, syndicated real estate columnist for the Washington Post was ill.

Now we know that Ken just died on Thursday at his home in Chevy Chase Maryland.

I can’t believe I traded emails with Ken on April 29th.

“Thanks Jonathan. I appreciate your perspective on this.”

My favorite moment interacting with Ken was when I gave him a shout out in my Friday Housing Notes two years ago as if I was talking to him directly from the page. He got a kick out of it. I still smile when I think about it. 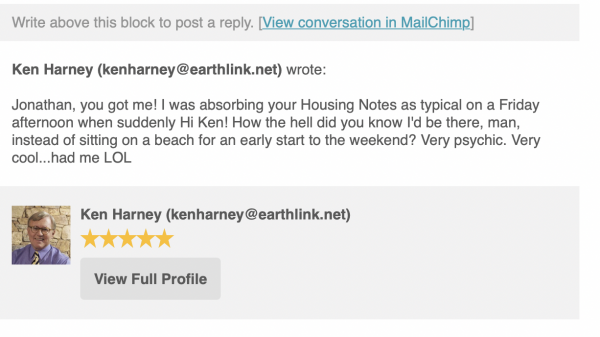 Two years ago I keynoted the Manufactured Housing Institute‘s annual conference in Chicago and found this housing world absolutely fascinating. At more than 6,000,000 views, many found John Oliver’s take on some of the bad actors in the industry fascinating too.