As we enter the spring housing market, three things come to mind:

This naming thing has been nothing but five years of hand wringing for me. I’ve reached out to friends, sent pleas to my Facebook friends and twitter followers but none of their suggestions felt quite right. My original choice was “iBoat” since I’m a Mac nut and we dock our boat after use and plug in the battery. Yet my family was mortified by that one. One of my sons continues to push “Tough Ship” for it’s snarky, filthy messaging. We may go with “Sound Decision” since the boat lives on the Long Island Sound and boat ownership, unlike home ownership, is clearly not a great financial decision.

If we leave it to the Internet, we might end up with something like “Boaty McBoatface” or something even worse.

Thanks to the internet, this prestigious British ship is about to be named 'Boaty McBoatface'https://t.co/p3ydlJwk10

For neighborhoods, acronym naming can pull a lesser valued neighborhood into the sphere of a more valuable one. Such a move is generally associated with the gentrification process. When I first moved to Manhattan in 1985, I learned about “SoHo” (South of Houston St – pronounced “How-ston” here), or “TriBeCa” (Triangle Below Canal St). As well as MePa, NoHo, NoLIta, FiDi, Dumbo, SoBro, and more. In a NYT article a few years ago: ProCro, SoBro, FiDi, BoCoCa: A Lawmaker Says, ‘Enough’

Developers and marketers fanned the flames, creating what has become a likely graveyard of names, using whatever ramp, tunnel, viaduct and manhole cover that happened to be nearby: NoBat, NoCal, BoHo, CanDo, ViVa (West Harlem between two viaducts), and, in Brooklyn, BoCoCa (where Boerum Hill, Cobble Hill and Carroll Gardens converge) and GoCaGa (Gowanus meets Carroll Gardens).

The blogosphere giddily took the rebranding to new heights. In 2005, the blog Curbed held a contest for neighborhood names; the winner was Rambo: Right After the Manhattan Bridge Overpass, between Tillary and York Streets, in Brooklyn.

It is clearly a neighborhood quirk of NYC and not everyone sees it in a positive light. Washington, DC and the federal government is another hotbed of acronym popularity – and don’t forget the U.S. military loves them.

How Acronym Use for Neighborhoods Started

The phenomenon started in Manhattan’s Soho and has since spread across the U.S. Here’s a great discussion from one of my favorite podcasts, 99% Invisible, The Soho Effect 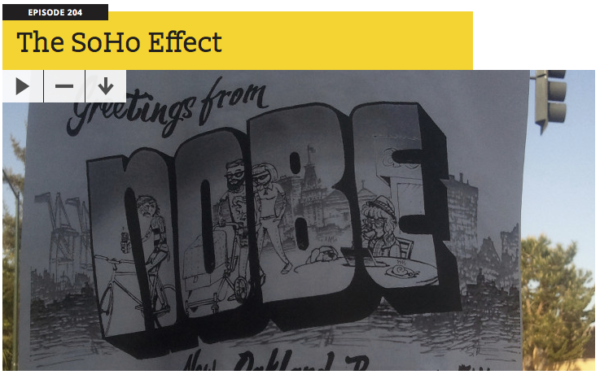 And speaking of housing market names, the power of the Brooklyn “name” is global. I’ve written about this before, but last fall my wife and I went to Shanghai and were amazed at how many people were wearing clothes that referred to “Brooklyn.” Now it seems, the Brooklyn brand has made it’s way to North Korea via their official news agency.

No offense meant to my hipster readers. I aspire to be a hipster (at least on the weekends). Although I can’t grow a good beard, I am always searching for irony.

An while I am on the topic (was I?) of seeing neighborhoods up close, you need to see LA beyond the standard tourist sights, through an awesome drone video posted on Curbed LA.

From BOOM to a BOOM STOP Mindset

Last week I linked out to a great article in Crain’s New York Cracks in the market: Is New York’s real estate boom over? and this week the coverage is getting more specific.

One of the things I find most interesting about the changing market conditions of super luxury Manhattan development are the stages that participants in the market have to go through to get to this point. After all, the super luxury condo market suddenly cooled off about a year ago as the U.S. dollar jumped and much of the world economies were deteriorating. The boom’s momentum was running white hot for the five years that preceded the end of the boom so it was hard for the collective mindsets to stop thinking that way. It took a full year for market participants to make that intellectual transition from Boom, to Boom Stops.

Pricing matters. The pricing of super luxury product that has entered the market over the past year was set 1-2 years ago (during Boom) but we are now in (Boom Stops).

The Real Deal published a great piece using my inventory overhang analysis. No shockwaves as a result, but rather it provided a clear way for participants to interpret what everyone could see anecdotally.

For last week’s St. Patrick’s day, Bloomberg published an article about an Irish Castle on the market for $7 million. It is recently renovated and has 20,000 square feet, 21 bedrooms, on 380 acres, 23 of which are groomed. I WANT THIS CASTLE. 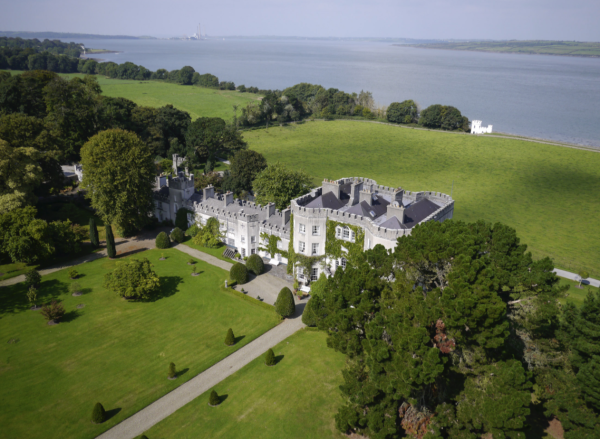 Now compare this to a 2-bedroom new development condo currently on the market in Manhattan. Obviously this condo property is not similar to the Irish Castle in anyway but the price. Yet it is a necessary exercise to see how new product in New York market has moved upward a bit too quickly to be sustained over the longer term.

The slow down in the high end new development market is being demonstrated in other ways as well. Once quiet developers are suddenly being much more public. Developers are being given extensions to their loans. And some developers are getting into fisticuffs.

Recent editorial pages are talking about the market’s change and it’s connection to the remainder of the market as well as the general concept of affordability. After all, one of the lynchpins of the NYC mayor’s affordable housing vision is linked very closely with new development. The mayor will have to walk a fine line creating more housing and not crushing the economic incentive to build it.

The next issue to think about related to the super luxury new development downturn:
– Will the sharp slow down at the top of the new development market bleed into the lower price points of the luxury market (below $4 million) and the re-sale market?

I’m more worried about this phenomenon than the actual five year new condo development circus sideshow now unwinding. We’ve been forced to endure this show as spectators for a long time.

I recently read somewhere that only 4-5% of U.S. housing is worth above $1 million? Take note my fellow New Yorkers – our market might as well be on another planet.

On starter homes and trade ups

Trulia published an analysis on starter homes which was covered in the WSJ and WaPo’s Wonkblog. They’re getting more expensive too.

According to Trulia chief economist Ralph McLaughlin, the number of starter homes on the market in the 100 largest U.S. metros has dropped by about 44 percent since 2012. That inventory has been shrinking at a faster rate than has been the case for mid-tier and premium homes, when you divide a metro’s housing stock into these three categories (McLaughlin defines “starter homes” as the bottom third of the stock by home value, not physical size). 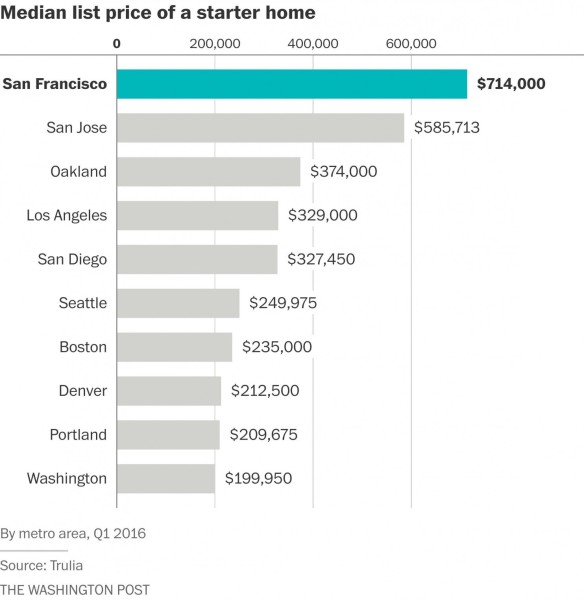 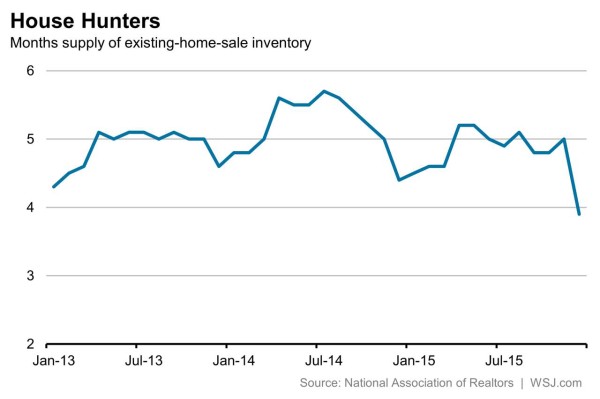 Over the next several weeks, we’ll be publishing a slew of market research on housing markets we cover for Douglas Elliman Real Estate across the U.S. And with that, will come a bunch of new charts. In the meantime, here are a few stragglers I’ve added: 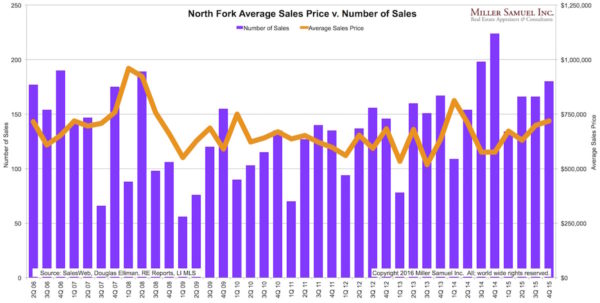 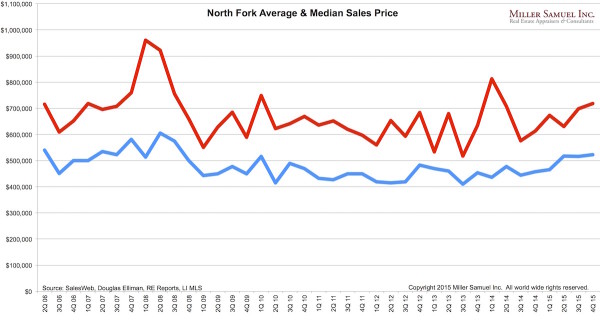 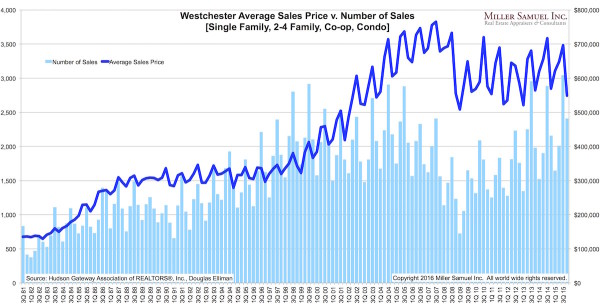 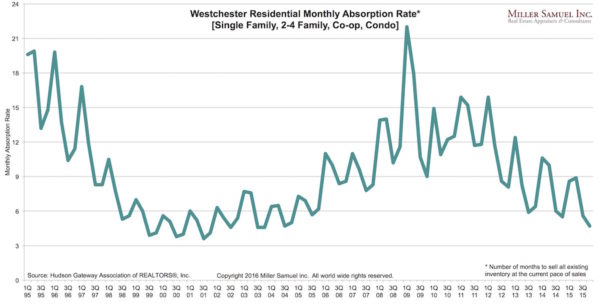 If you need a good acronym in your life (particularly on Friday afternoons), sign up for my Housing Note here. And be sure to share with a friend or colleague. They’ll feel appreciated, you’ll feel neighborly and I’ll get a name for my darn boat.