Admittedly I have a few sports skills that most of my readers aren’t aware of. Specifically I was a darn good putt-putt golf player in my teens, and who knows whether I would have ended up as a pro putt-putt golfer if I knew about it, instead of a real estate appraiser. I’m not really sure which occupation is the more grueling one. I mean, putt-putt professional golf was disrespected for being a tiny low paid niche of a bigger sport, and appraising continues to be disrespected as a tiny low paid niche of the bigger real estate industry. So in the interest of transparency, I always went with an orange golf ball.

Or to put it another way, if I hadn’t heard of the early spreadsheets, I probably wouldn’t be a market analyst. Here’s a fascinating history of the one that started it all – Visicalc. 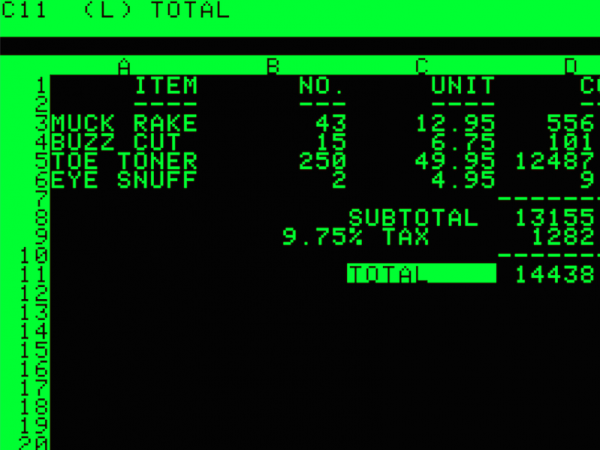 Now that foundation of my lot in life has been established, let’s talk about bathrooms… 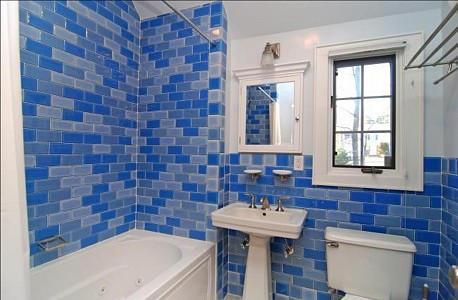 Remember former Treasury Secretary Tom Geithner’s blue bathroom that didn’t help him get his price back in 2009?

Today I received a press release from Zillow that shared the results of their research with the headline: Homes with Blue Bathrooms Sell for $5,400 More than Expected.

Like the Zestimate’s results that are presented to the nearest dollar, this type of presentation infers a market precision that does not exist. Labeled as “disrupters,” I think Zillow’s concept of “aggressively marketing an accuracy that is non-existent” is one of the biggest challenges facing real estate appraisers and brokers and in turn, the consumers. Numbers can be magic, especially when presented in an econ-sounding way. The consumer absorbs the results as gospel without challenge.

I’m sure the numbers are accurate for the data they have but Zillow’s application of the results are misleading. Yes their data says blue bathrooms sell for $5,400 more but that doesn’t mean your blue bathroom will get you $5,400 more than your neighbor with the exact same house across the street that doesn’t have a blue bathroom. The problem here is that consumers take this information and run with it.

There is a 30,000 square foot home listed for sale in New Jersey that has been off and on (essentially on) the market for 7 years. Still vacant, the seller announced that he is ready to sell at $45 million after initially listing it for $69 million.

As I mentioned in the article, an excessive marketing time like 7 years suggests that pricing has not been close to market. I don’t think you need to be an appraiser to understand that.

How About A ‘Beige’ Look In That Bathroom?

The Fed released their “Beige Book” this week and I always look to it for a narrative on the state of the economy right now. The headline in the WSJ says it all: Fed’s Beige Book Reports Slower Growth, Less Optimism in Some Regions

Or just directly to the Fed Beige Book and drill down by the member banks to get a regional anecdotal description. Here are a few summaries for the banks whose regions overlap those of our Elliman report series:

New York
Economic activity has flattened out in recent weeks. Labor markets remained tight, and wages for skilled workers have continued to grow moderately. Input cost pressures have remained fairly widespread, while selling prices have increased at a modest pace. Housing markets have been steady, on balance, while commercial real estate markets have been mixed.

Oh, and no matter how many time Fed FOMC members speak in public about strong economic growth and future multiple rate increases, mortgage rates are sliding. 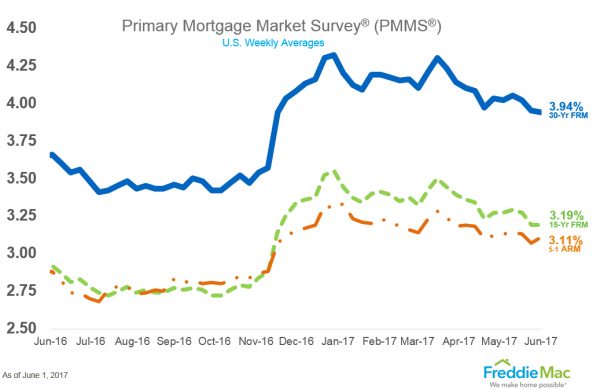 There was an interesting article in The Real Deal Magazine column: The Long View. The mortgage interest deduction is America’s great inequalizer

The concept is pretty straight forward. When you introduce ways to cut costs for homeowners (i.e. making the payment smaller), the price moves higher. We see this in other mechanisms like tax deductions or low mortgage rates. The universe doesn’t remain in a vacuum while you solely enjoy the benefit. I’ve taken the deduction for years and have always been concerned about a price drop if this key homeownership incentive for housing activity was suddenly removed. Here’s why.

According to a well known 1996 study by Richard Green, Patric Hendershott and Dennis Capozza, U.S. home prices may be between 13 and 17 percent higher than they normally would be because of the MID. The logic is simple. The deduction makes it cheaper for Americans to take out mortgages, which means they can afford to pay more for homes, which artificially inflates demand, which in turn drives up home prices.

In addition to the mortgage interest rate deduction, land use regulations also push prices higher. Edward Glaeser, a noted author on this topic – and not because he has cited my market research in the past 😉 – wrote an interesting piece for Brookings on reforming land use regulations.

We changed from a country in which landowners had the relatively unfettered freedom to add density to a country in which veto rights over new projects are shared by a dizzying array of abutters and stakeholders. Consequently, we now build far less in the most successful, best-educated parts of the country, and housing prices in these areas are far higher than construction costs or prices elsewhere.

In covering over 30 U.S. housing markets for Douglas Elliman, I have a lot of real estate trivia stored in my head. Here are some charts and copy I wrote to showcase this information from our research that was used in their marketing efforts. Click to expand them. 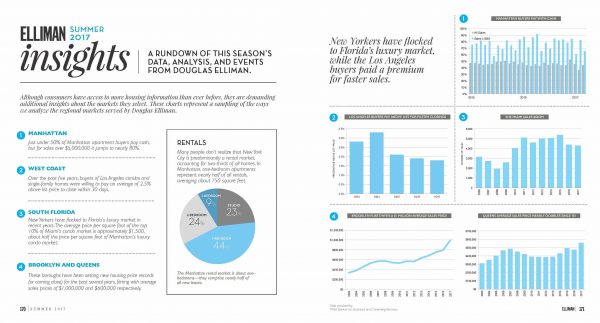 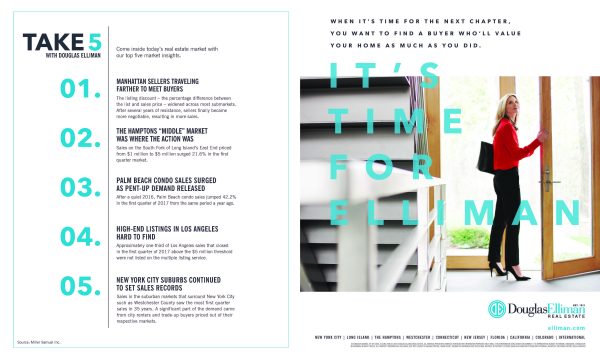 This week I am sitting in my D.C. hotel room about to attend some appraiser regulatory meetings and I’m under the weather and still groggy from Memorial day time off. As a result, I’m a little thin on content this week, plus I needed a little pick me up. I have provided two fascinating interviews that, while they aren’t specific to housing, are about ways to think of the future. I implore you to consume both riveting interviews:

This week it is all about the FTC.

Today was a historic day for the appraisal industry, and not in a good way. After years of the expanding AMC monopoly on appraisal services to a more than an 80% market share, and with these third-party companies taking 50% or more of the prevailing appraisal market rate from appraisers in the mortgage lending space, the FTC has made a tone-deaf move with this action. The FTC made an announcement after what I heard was some hard lobbying by REVAA, to challenge Louisiana Real Estate Appraisal Board on restrictions that they say hurts competition. 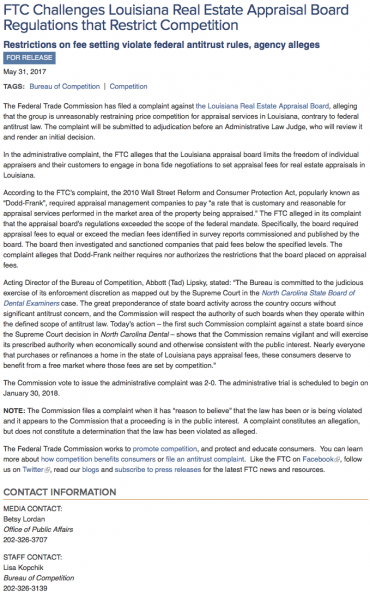 The Louisiana Board came right back at the FTC with their own release later in the day. The state board’s counsel is considered one of the best antitrust lawyers in the U.S. so this is going to get interesting. Housingwire provides a summary of what we know at this point. Keep in mind that Housingwire’s editorial position is pro-AMC given their lack of acknowledgment of the infamous AMC Coester v. Skapinetz lawsuit, yet showed a willingness to report on this anti-appraiser announcement. 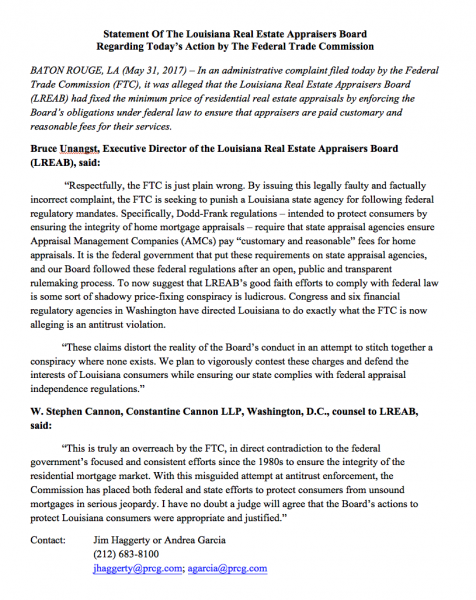 Phil Crawford gives his always fascinating take on this FTC action and why it is a harbinger of tough times ahead for the appraisal industry.

Apparently, we learned that big data can tell you what the best color of paint is for maximum value of your bathroom – even if you believe that, it cannot tell you that the house was occupied by 200 cats.

I was taken aback by the self-serving press release from Corelogic that basically said appraisals are questionable and automated valuations are better. That makes sense coming from a data firm with their own AVMs. The article lists a series of data that question the credibility of comp selection and adjustments with the “…these patterns aren’t sufficient to make conclusions at the loan level; more research is needed. However, he says, “They do reveal aspects of underlying inconsistency in the appraisal development, for which more sophisticated data analytics techniques are likely better suited…”

Part of the analysis that is missing – that contaminates the data pool – is the unending pressure appraisers are subjected to in the mortgage lending process, especially through AMC conduits. I find it weird that this type of analysis was understaken without consideration of the administration pressure the current syste, places on appraiser professionals.

If you need something rock solid in your life (particularly on Friday afternoons) and someone forwarded this to you, or you think you already subscribed, sign up here for these weekly Housing Notes. And be sure to share with a friend or colleague if you enjoy them. They’ll paint your bathroom, you’ll amass a lot of putt-putt golf scorekeeping pencils and I’ll get a hole in one at the 18th right into the purple hippos opening and closing mouth.