While Housing Is Right In Front Of Us, It Doesn’t Mean We Understand It

When our boys were young, we used to go to Canada to ski during the winter break. The first time we made the trip, we rented a chalet and the snow around it was measured in feet, not inches. After a day on the slopes and romping around in the snow, we’d make dinner and sit in the living room and melt into the furniture. But most importantly we’d watch curling on television all week. It seemed to be on all the channels and I was told by locals that it got higher ratings than hockey. I have a curling app on my iPhone and continue to marvel at the sport yet at the same time, fail to grasp how it works (like being quoted in People Magazine). But I do know that for every action, there is an equal and opposite reaction, much like Cycleball, obviously.

Ironically, the release of the May 2019 Elliman Report: Manhattan, Brooklyn & Queens Rentals occurred during the crescendo of newly proposed rent control laws coming out of Albany that will provide a sea-change to the housing market (more on that later).

As my Housing Note readers know, I’ve been authoring the expanding series of market reports for Douglas Elliman Real Estate since 1994. The goal is to provide a neutral housing benchmark for its readers.

After several years of modest decline, the rental market has returned to its rising ways since last fall, but largely on the back of the weakening sales market. The sales market has been impacted by the Tax Cut and Jobs act of 2017 that went into effect on January 1, 2018, and dished out a slew of market uncertainty in NYC metro, a high tax, high-cost U.S. housing market. Would-be buyers began to camp out in the rental market last fall. As a result, rents began to rise and concessions began to fall. Here’s a cool chart about it from the sharp Bloomberg story. 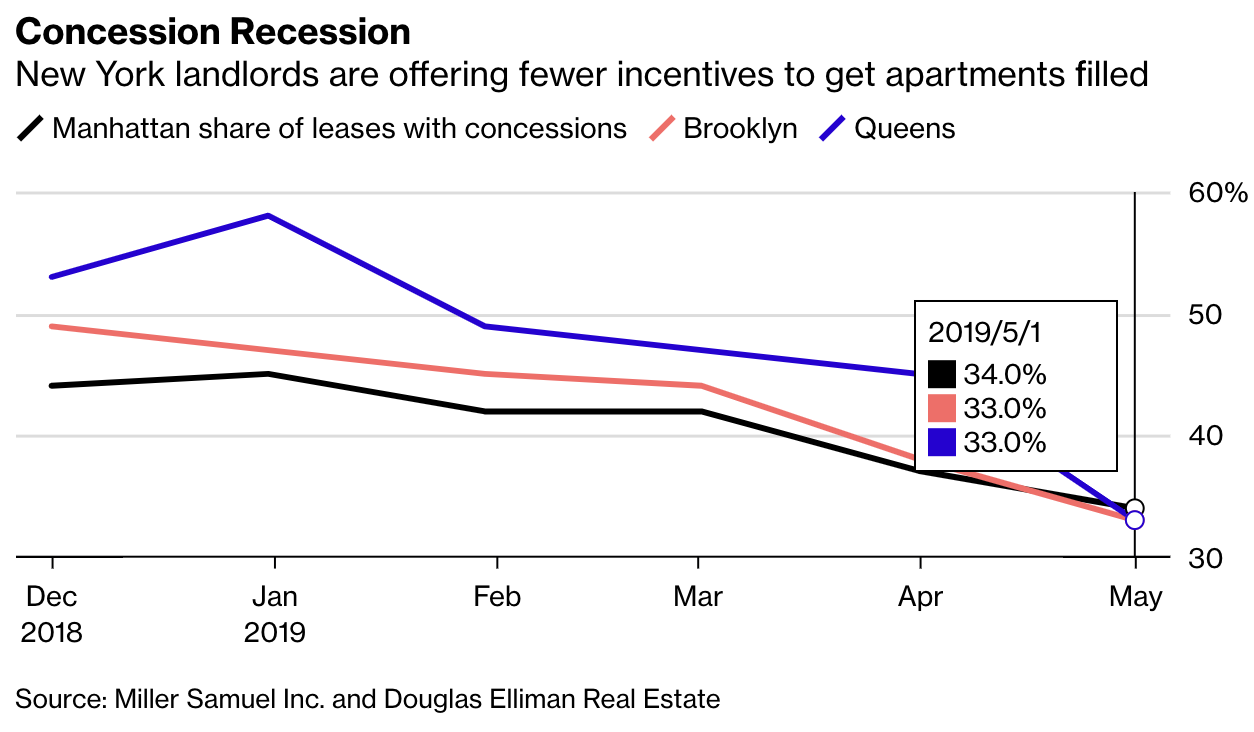 Here are some key points for each of the three markets:

“While landlord concession market share has been falling since the beginning of the year, they still impact about one-third of apartment rentals.” 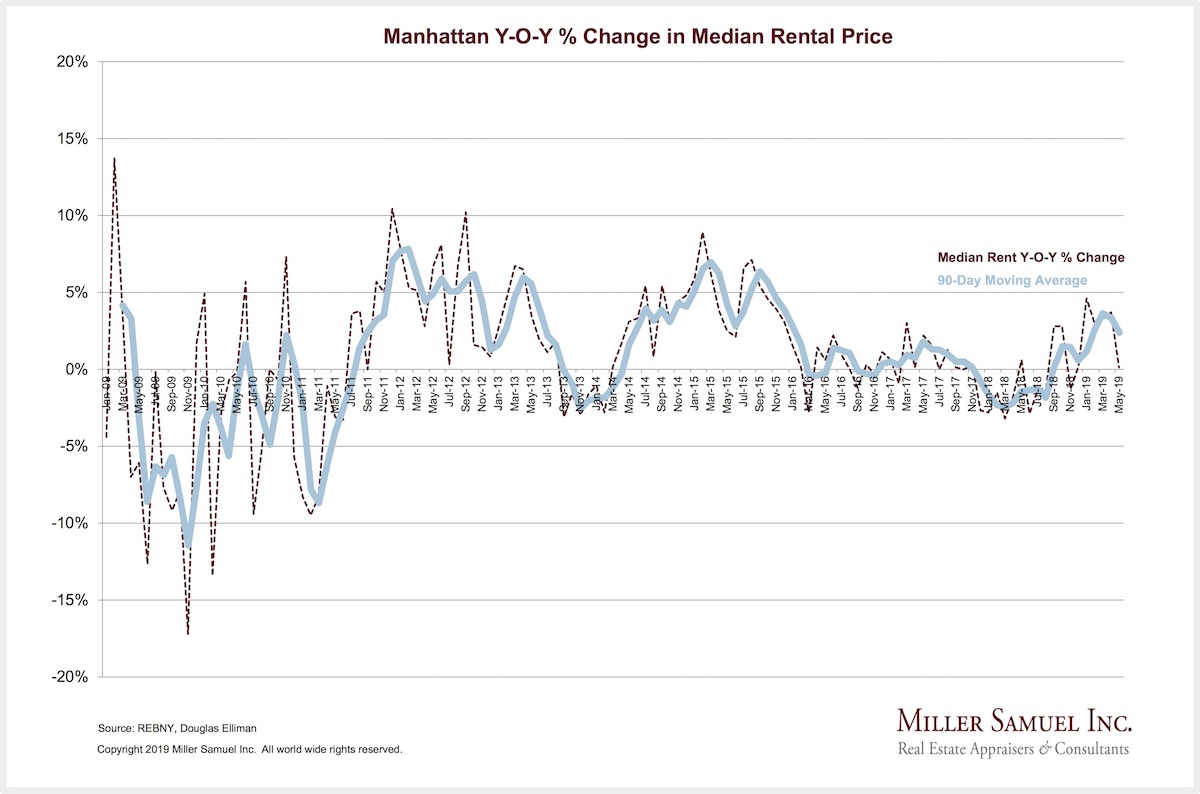 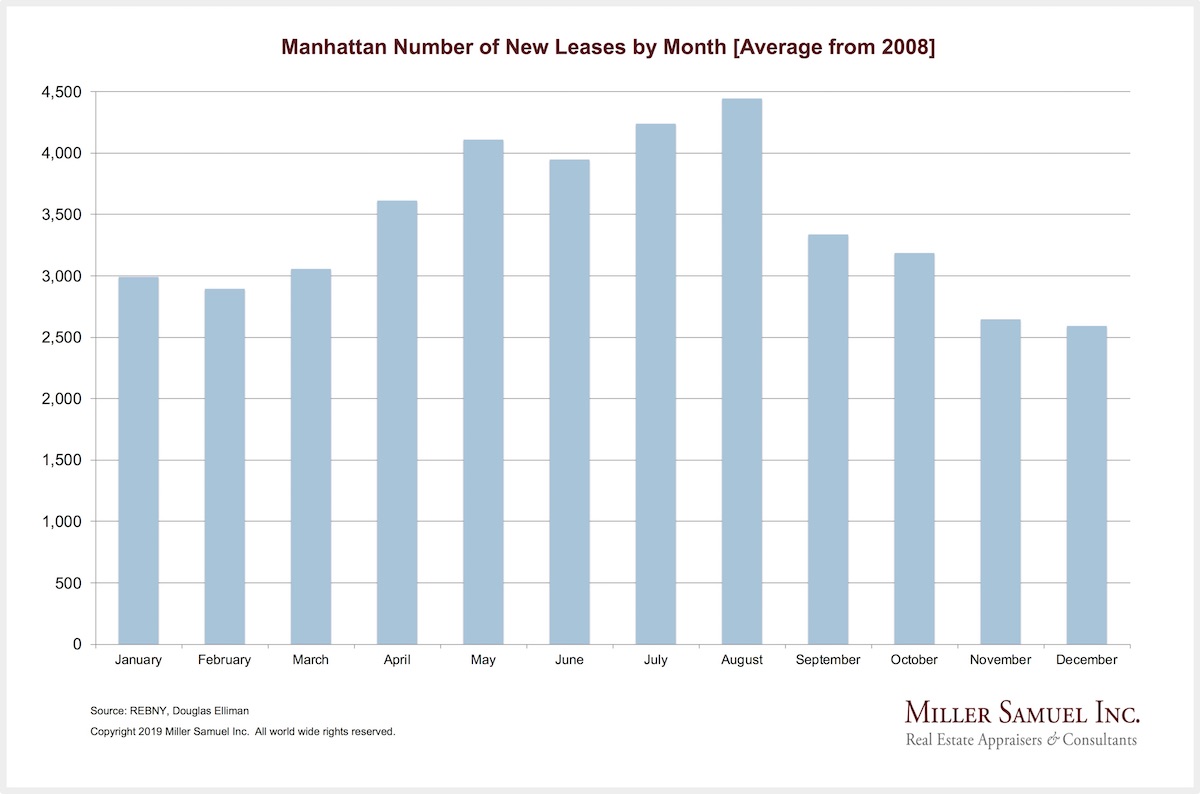 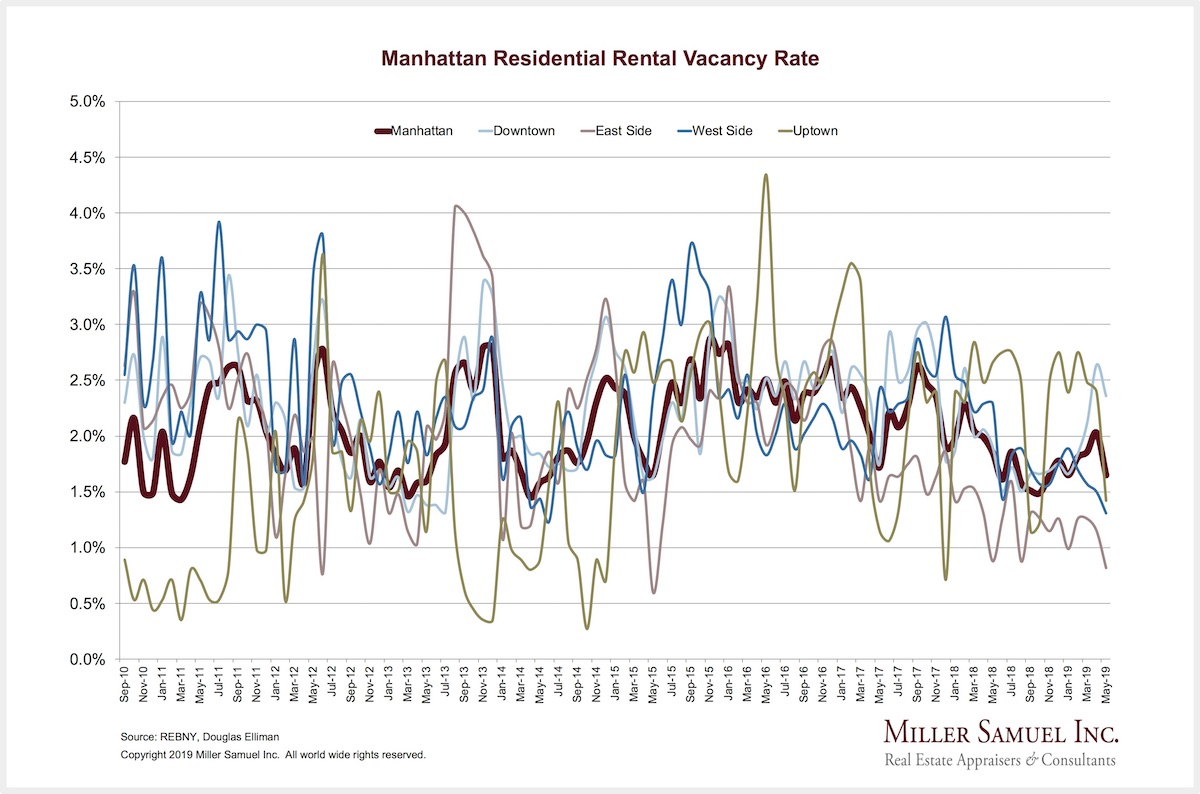 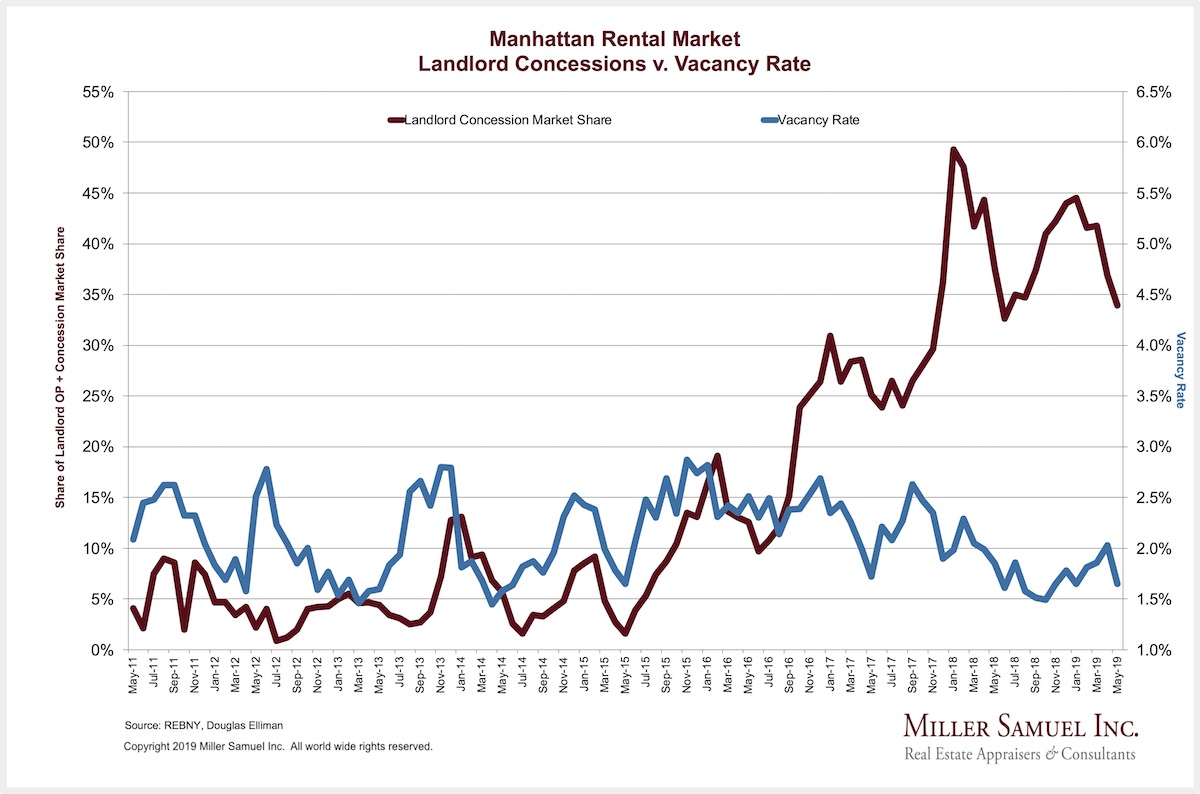 “Rental price trend indicators continued to rise as use of concessions declined.” 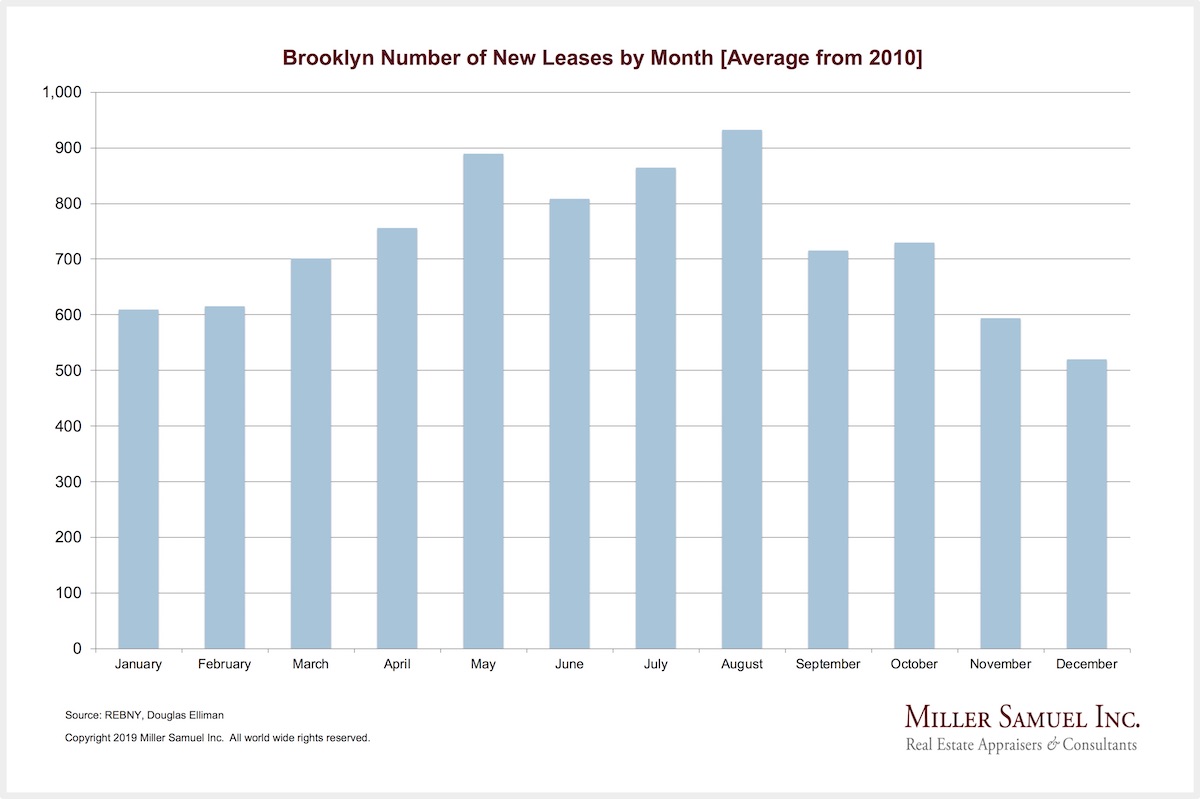 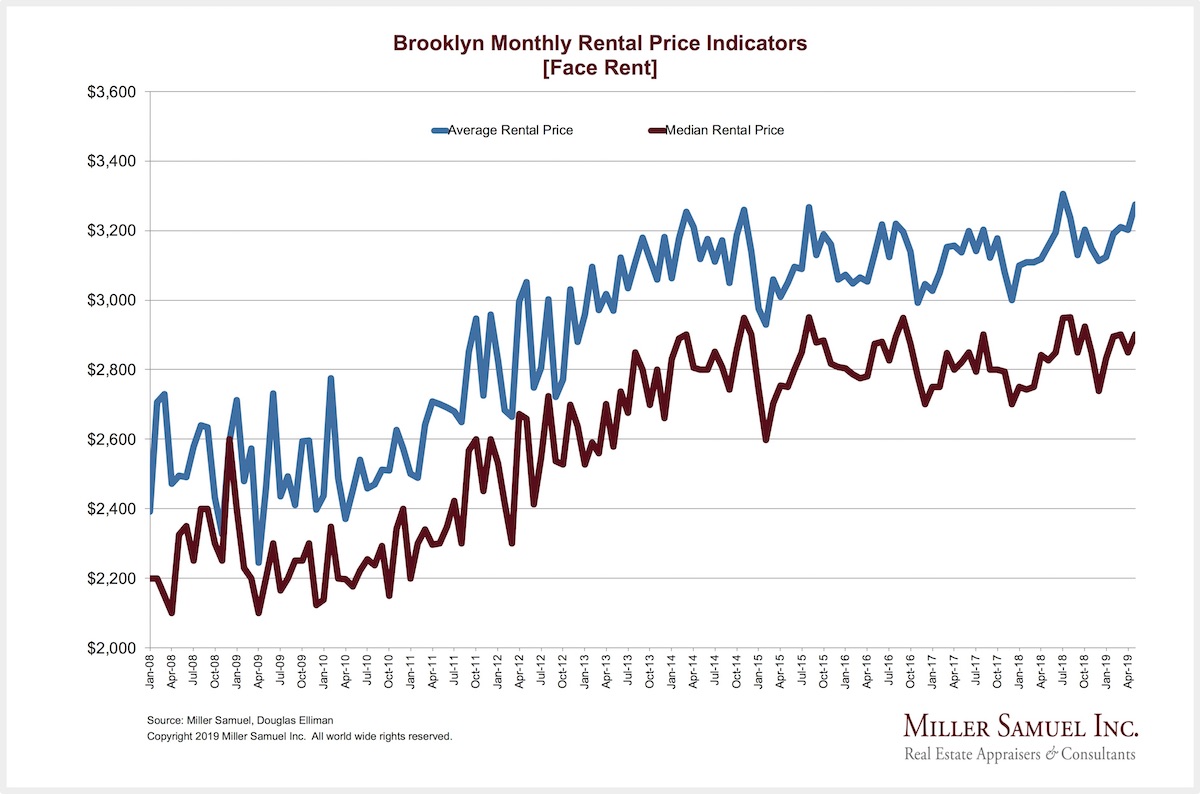 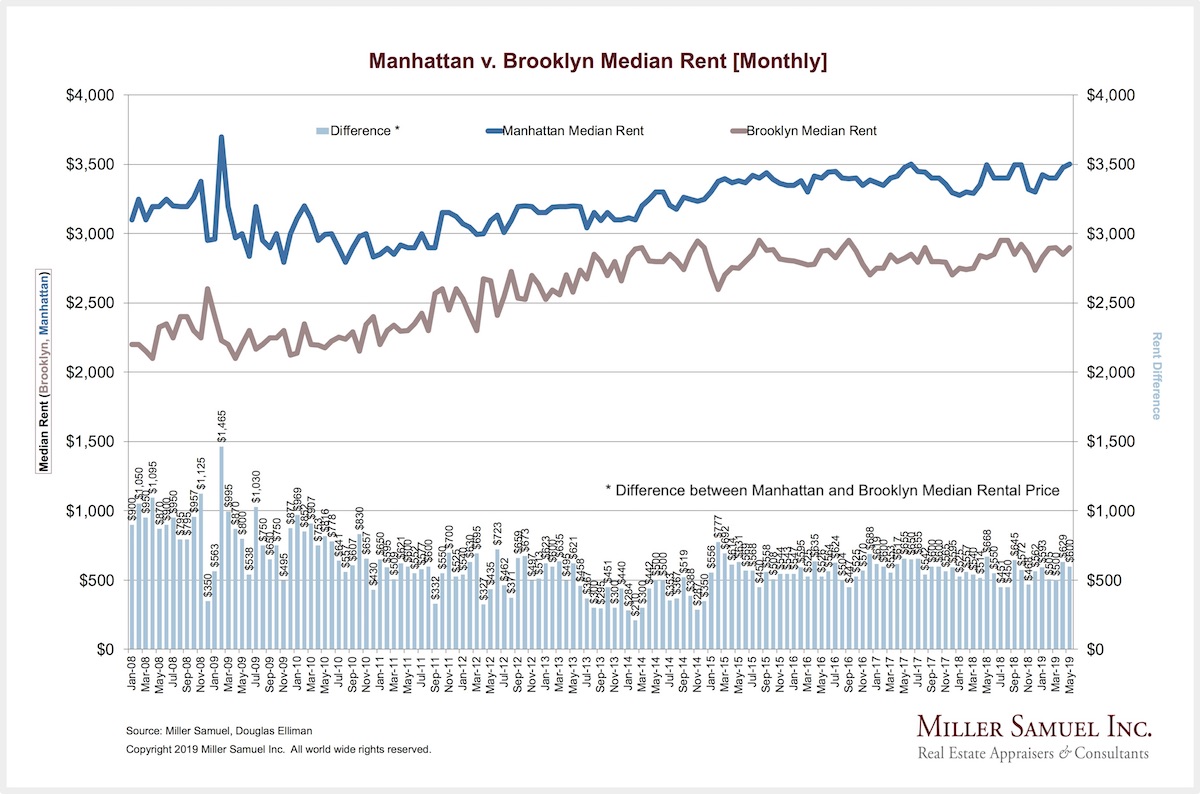 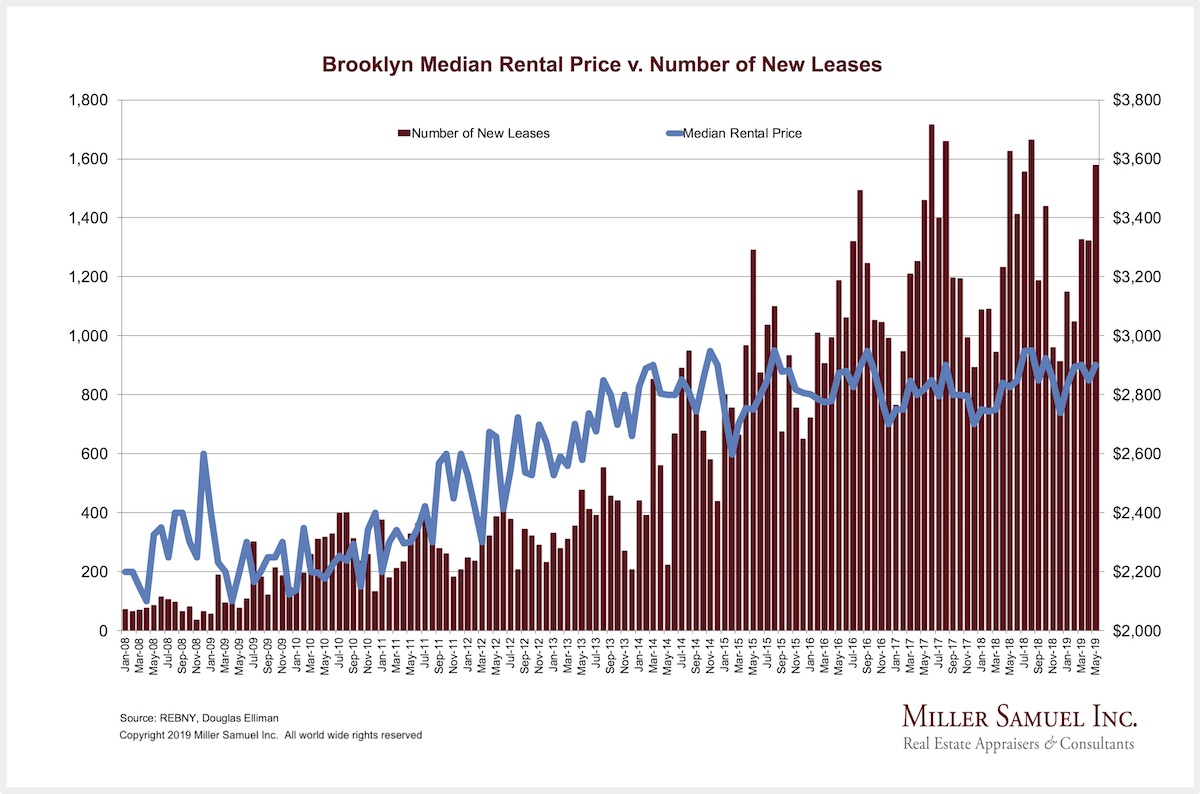 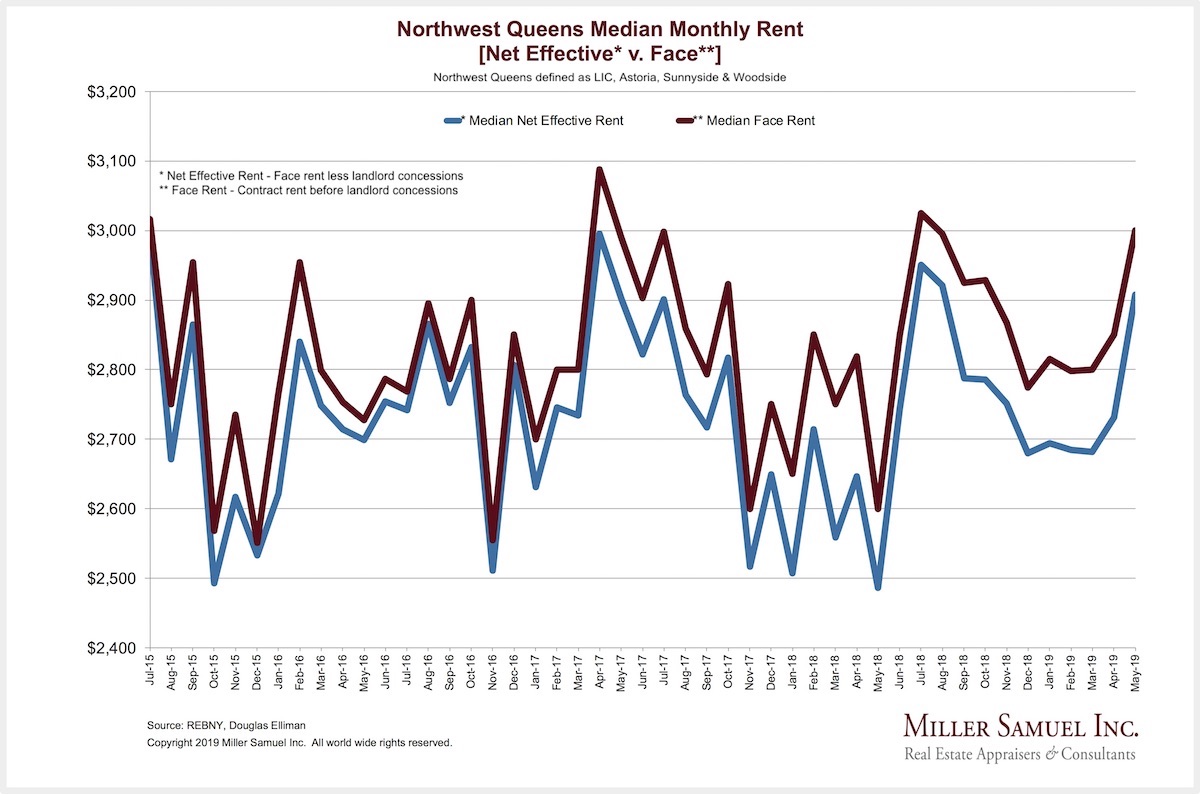 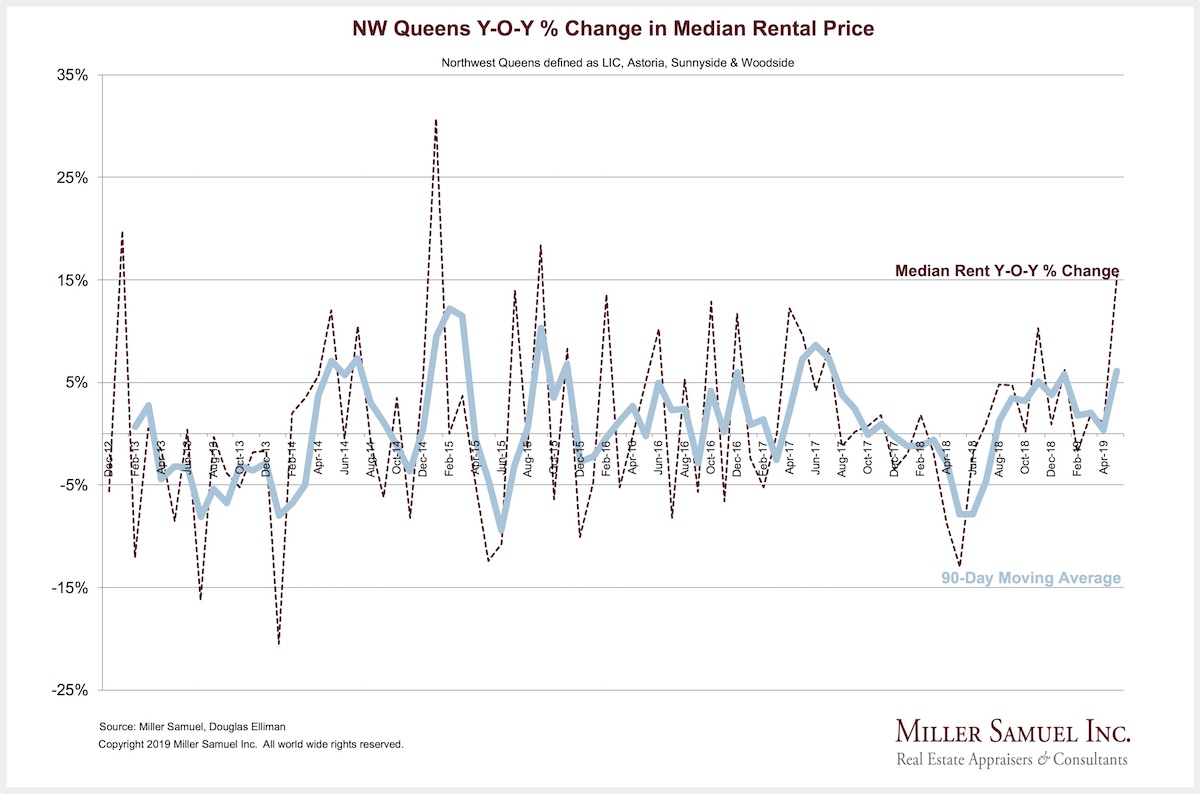 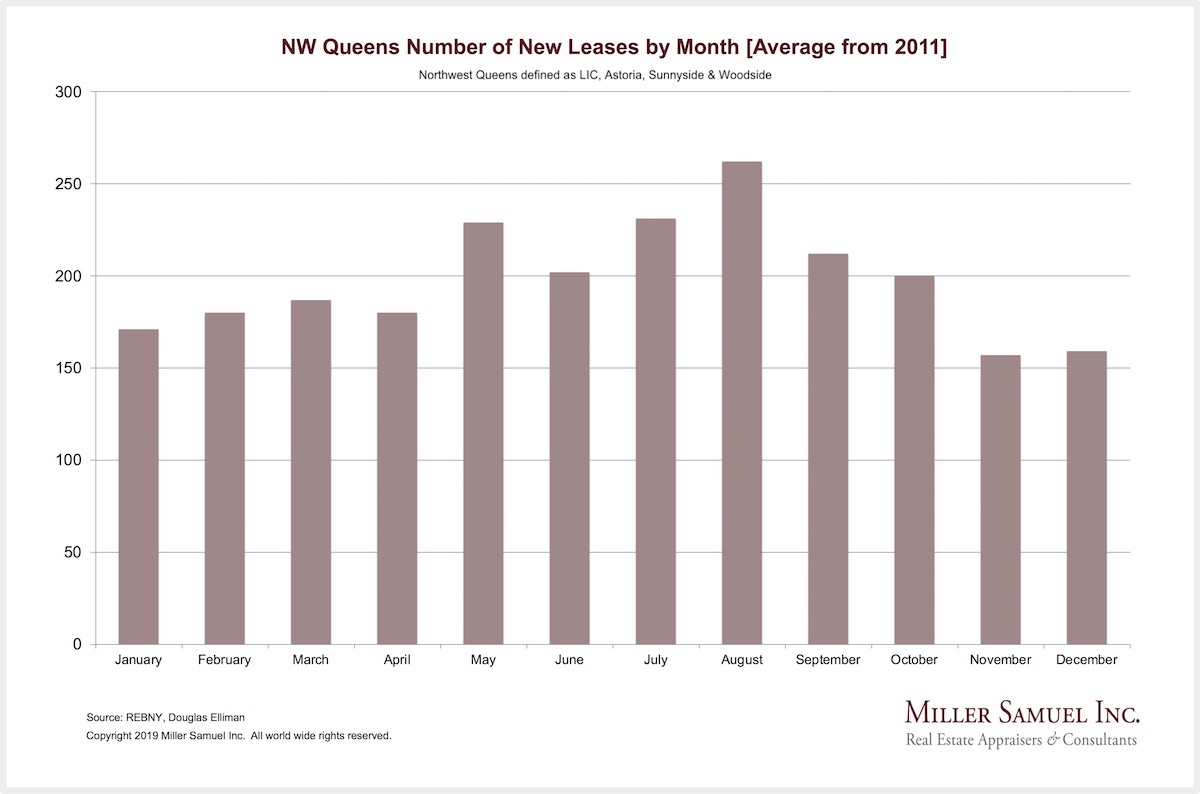 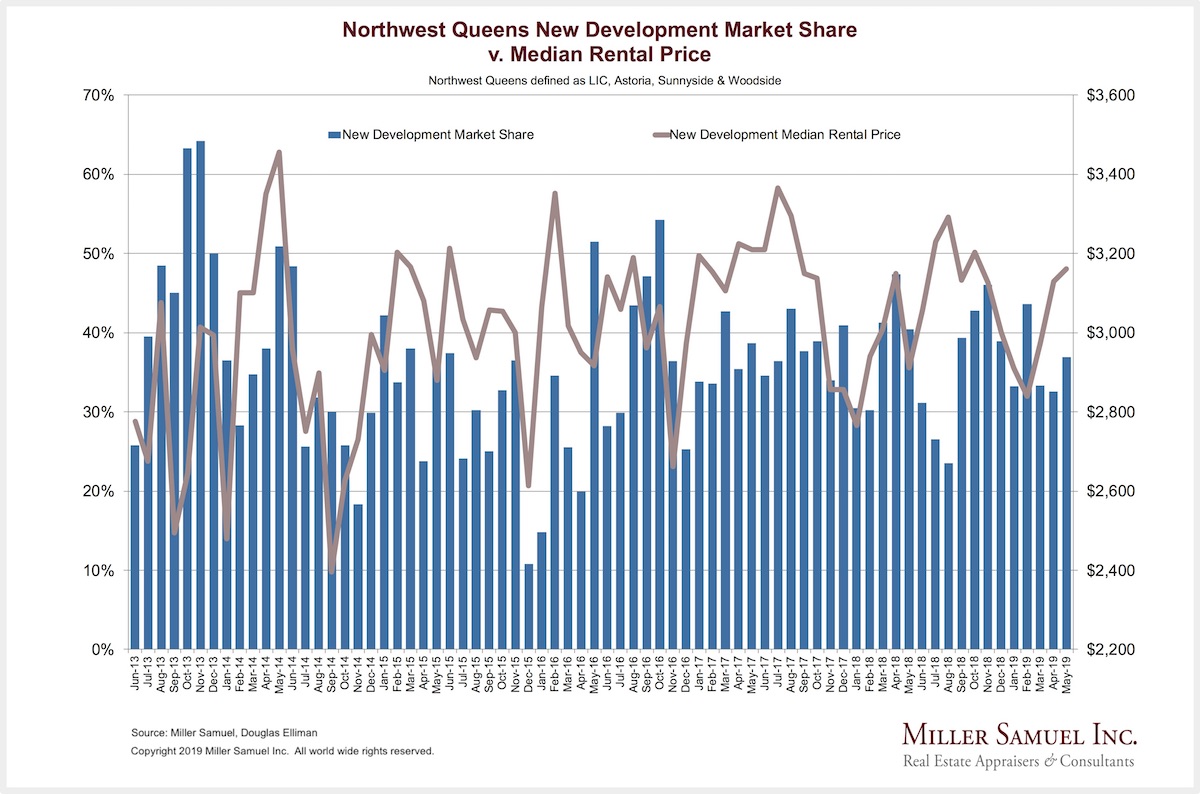 The Nelson Report Podcast: What’s the deal with the residential market in New York City?

I was recently interviewed by James Nelson, one of New York commercial real estate’s star brokers at Avison Young whom I’ve known since his Massey Knakal days. I’ve been on his podcast several times over the years and always enjoy the conversation. This time he did the interview at CUNY studios in Manhattan. In addition, he brought in Vince Rocco, a residential real estate agent at Halstead who has a broker-centric podcast known as “Good Morning New York Real Estate with Vince Rocco.” I had never met Vince before so it was nice to get his perspective on the market.

The Waldorf (Not The Salad) Is In Vogue Again

While it’s been widely documented that the new development market has been cooling since its peak in 2014, new development projects continue to be introduced due to their long lead times, although 2020 seems to be the last year of new apartment introductions. The high-end of the new development market has been characterized by “supertalls” since 2012 the likes of which comprise the Billionaire’s Row market in Midtown Manhattan. The demand for the product remains steady if it is priced for 2019 and not for 2014. When Chinese insurance conglomerate Anbang acquired the historic Waldorf Astoria Hotel in 2014, it confirmed my prior thoughts that 2014 represented the peak of the real estate acquisition boom.

The Wall Street Journal and others covered the announcement of the Waldorf condo sales effort this week. I was surprised and a bit relieved that 350 hotel units will remain. 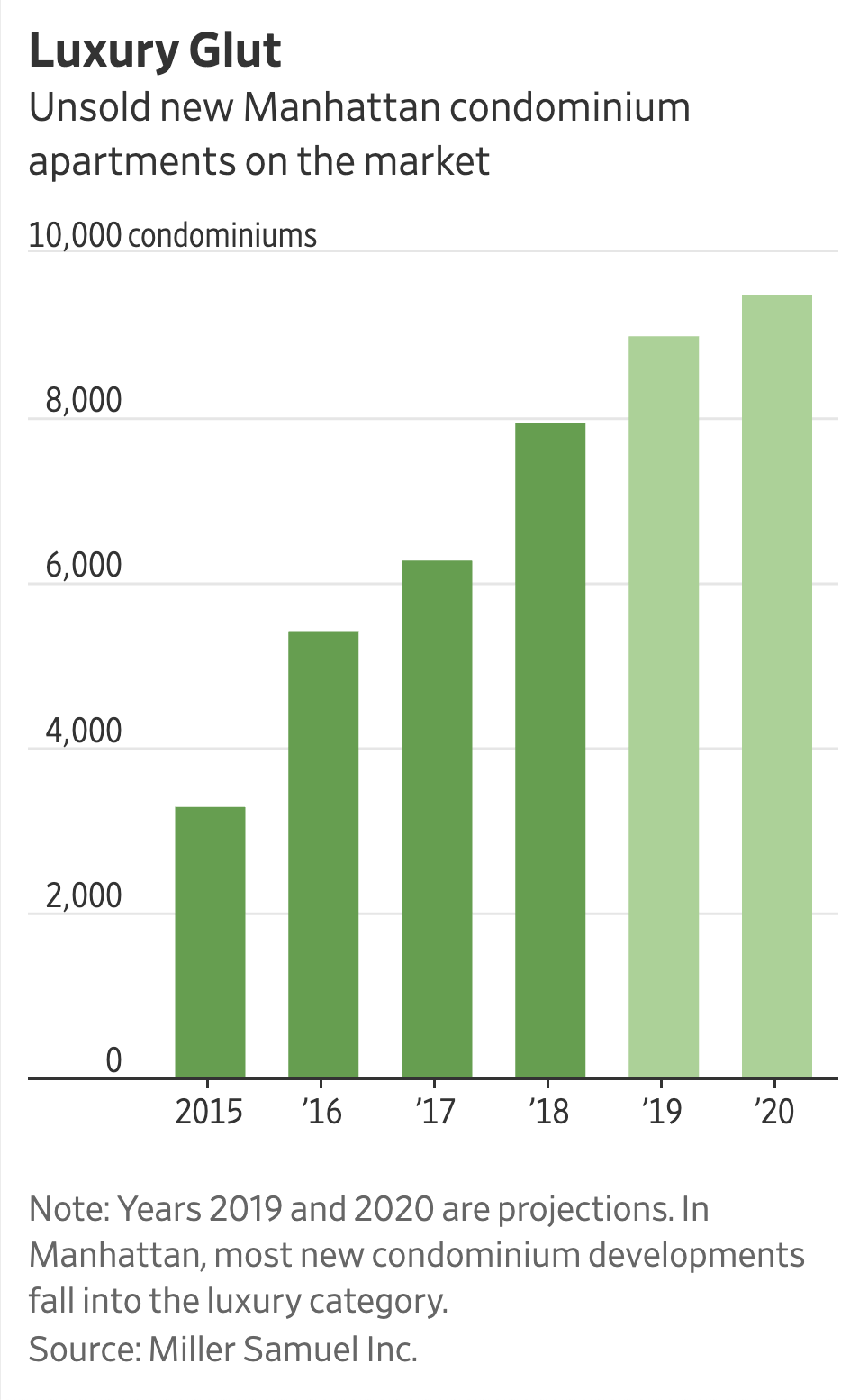 The Waldorf Hotel is a historic treasure to the Manhattan real estate market but the challenge in the conversion to condos will be to differentiate it from the other high-end offerings. The owners have a lot to work with given the hotel’s rich history, but as they say, timing is everything. I’ve presented there, met people for drinks, lunches, and dinners, and even walk through occasionally just for the sake of being in a special place in the city during my workday.

Here is the Housing Stability and Tenant Protection Act of 2019 that is expected to be signed by New York Governor Cuomo. This version shows the edits recently made. The NYS Assembly (8281) version mirrors the NYS Senate version (6458).

The U.S. housing market has been plagued by a shortage of affordable housing since the financial crisis. The economics of post-crisis housing has encouraged a luxury housing orientation. As a result, entry-level housing has been woefully neglected, placing many hardworking New Yorkers in an affordability crisis. Since the fall elections, both houses in the Albany legislature and the governor are all aligned politically and have pushed out housing legislation initiatives that are counter to business as usual, first with the poorly thought out “pied-a-terre” tax that failed but quickly was replaced with the “Mansion Tax” that passed. This was the beginning of a new anti-landlord, an anti-developer mindset. Perhaps with the best intentions of creating more affordable housing, the opposite will occur in the long run.

Real estate industry leaders did not expect this law would happen. 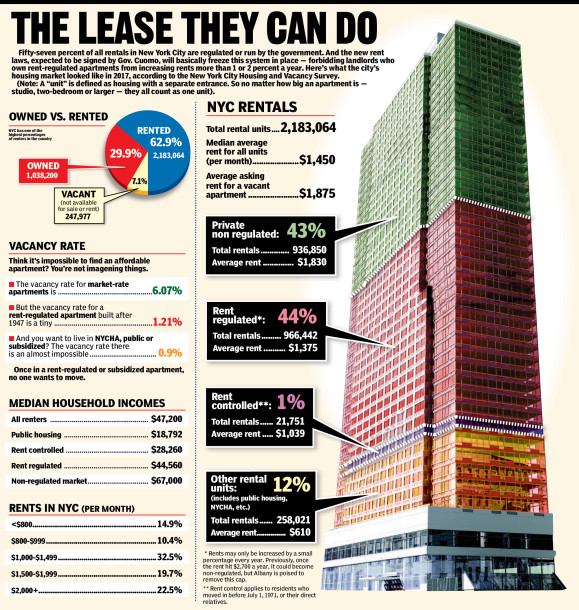 The proposed, permanent New York State Rent Laws are effectively going to eliminate all financial incentives for building upgrades and crush multi-family sales activity and the tax revenue they generate.

Up until now, rents under stabilization laws were determined by the rent board and expenses were determined by the forces of a free market. So if an allowable rent increase was two percent, but a spike in expenses like insurance, real estate taxes or say, fuel caused overall expenses to rise more than 2%, the landlord has to absorb the difference. That logic may be sustainable in the short term but in the long term, it is not. Other items like vacancy decontrol, preferential rent and incentives for major capital improvements have been removed from the new law, so there are no economic incentives to an owner to perform any maintenance or upgrades to a building. I suspect small landlords are the most vulnerable because they don’t have the staying power or economic efficiency that large landlords do.

In the short term, renters will see only modest rent increases even without the preferential rent loophole. In the long term, the housing stock will deteriorate and landlords, now blindsided with an asset that has no upside, will begin to look at ways to shed the exposure. After all, who wants to own an asset that through better management can’t improve its quality?

I suspect that we will see a return to the days of co-op conversions a largely distant memory. Perhaps condo conversions are part of the mix as well but with co-ops, the upside for landlords can be the underlying mortgage instead of the sales prices achieved in a weakening housing market. However, this method of extracting upside to property owner’s investment will probably not be at the scale of the 1980s conversion frenzy because the legislators considered this. They upped the requirement of insider approval for a non-evict plan from 15% to 51% to ensure that the “insider” prices offered to rent-stabilized tenants would remain at a sharp discount to market prices.

An uptick in conversions will cause a reduction in rent-stabilized apartments over time and an increase in affordable “for sale” properties.

When Cuomo signs this legislation into law, I suspect cap rates for multi-family housing in New York State will spike as multi-family property values plummet and sales of multi-family buildings essentially stop.

It looks like we might return to the In Rem housing crisis of the 1970s-1980s as landlords, especially small building landlords, abandon their properties and tenants are displaced. The cause for the In Rem crisis echoes similar patterns of restricting rent increases while operating costs rise according to the market with no other upside allowed.

The state and city governments don’t have the resources to fund affordable housing initiatives without the aid of market forces. In this new effort, there will be no incentives to create more housing.

The figures suggest that the city has still not found a way to recycle expeditiously all the property it takes in tax-foreclosure proceedings, which now begin after only a year of delinquency. In fact, the city had more tax-foreclosed properties at the end of fiscal 1986 (9,716 buildings) than it did at the end of fiscal 1983 (9,194 buildings), even though the real-estate market has improved substantially over three years.

Given the shift in the Albany political zeitgeist against multi-family owners and developers, the outside investor community will no longer contemplate building multi-family open market housing in New York State due to the political uncertainty and bias against all landlords.

In the desire to create affordable housing, the long term impact of these laws will likely result in fewer apartments within rent stabilizations but may provide additional affordable “for sale” properties.

To stem the outflow of tax revenue with the new wave of wealthy migration to Florida from New York as a result of the new federal tax law that promotes it, New York State is getting hyper-aggressive. The CNBC video shows how it works:

FYI – I brought in a graphics consultant for all our charts to extract my Crayola Crayons from our tool kit. 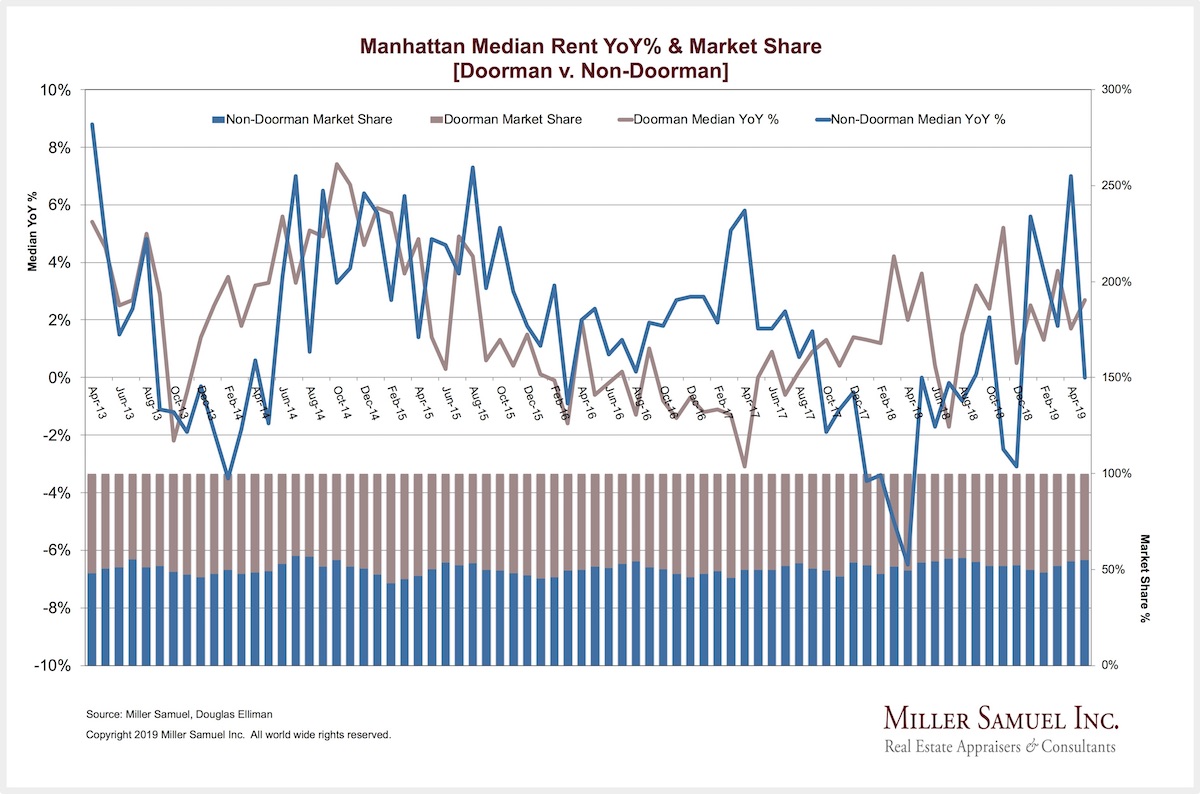 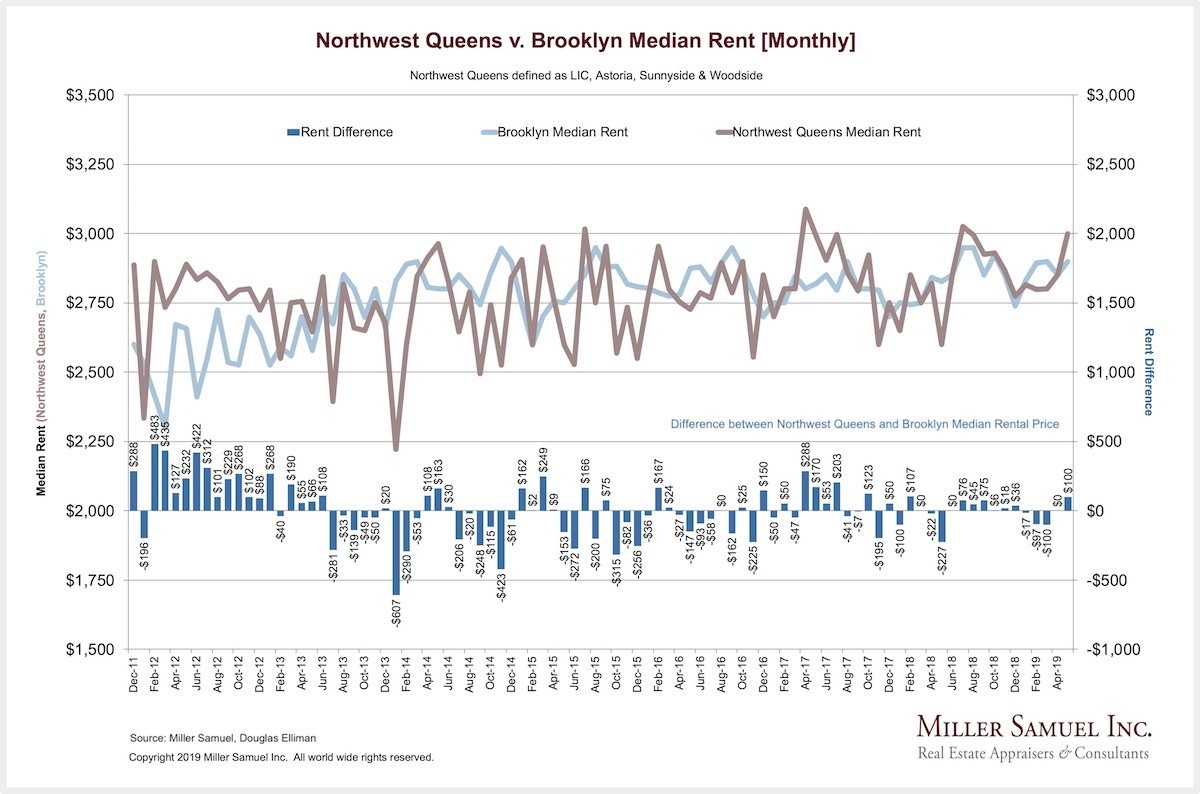 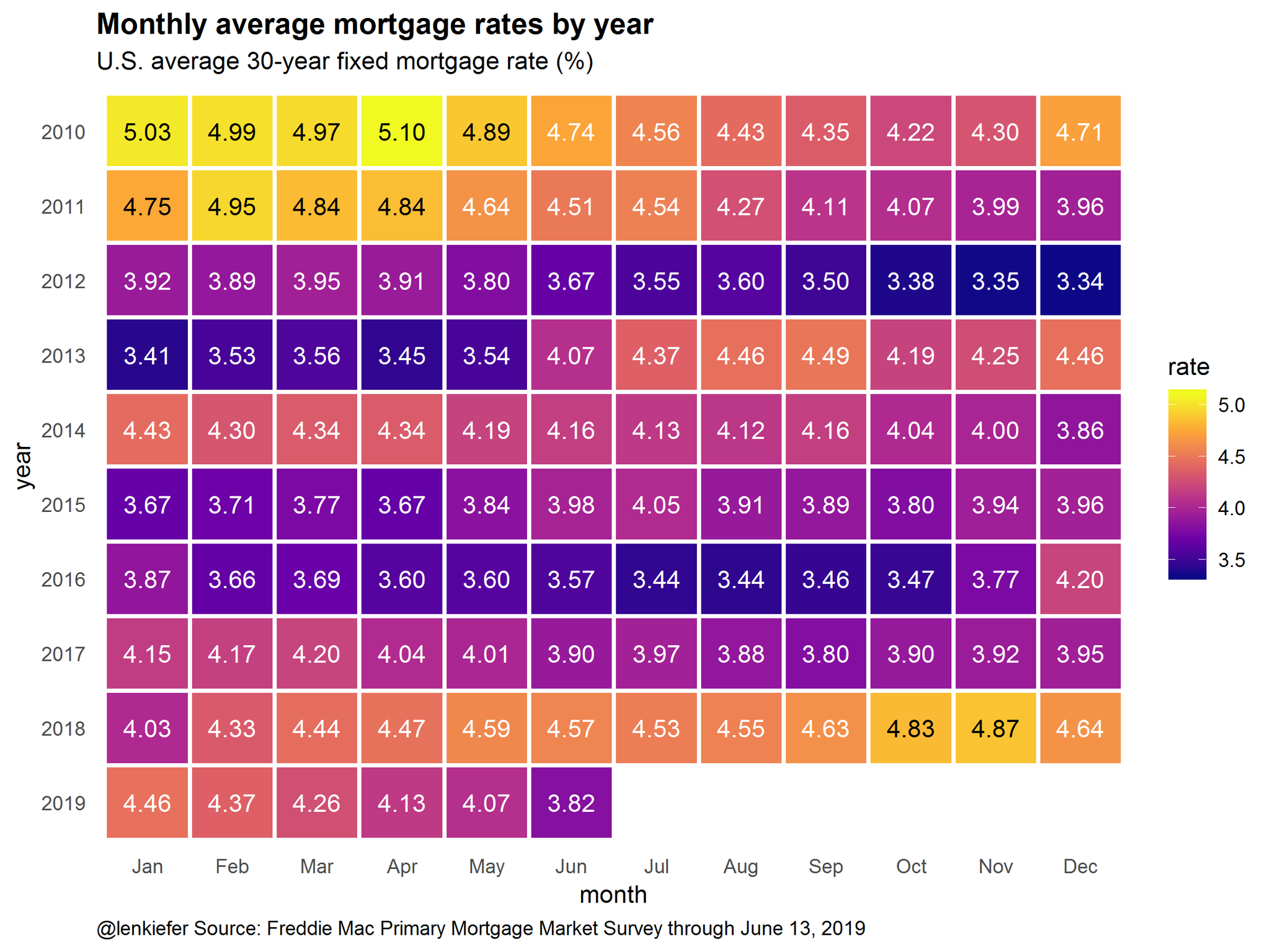 With the rent stabilization law pending of epic proportions and a week of full-on expert witness consulting and testimony in three different ongoing matters, I’m sure appraisers can appreciate that I am just coming up for air. More to follow as I am keynoting at OCAP next week and speaking in DC for NAR on June 26th. Since I was informed that I wasn’t speaking on the House panel covering appraisal modernization on June 20th, I opted to use that day to get some root canal work. No irony there.

The following video informed me about the Rescued Film Project and why I’ll think differently about 31 Rolls of Undeveloped Film from a Soldier in WWII Discovered and Processed.