Annoying The Negative-COVID Pundits, NYC Is Back, Baby

As parents, my wife and I have felt strongly that an important role was to be annoying to our children. After all, our four sons were equally annoying to each other and this clip reminded me of it. Being annoying is a skill that needs to be practiced and honed over a lifetime.

In addition to our real estate appraisal practice, I’ve been the author of the expanding series of market reports for Douglas Elliman Real Estate for the past 26 years. The monthly rental report covering rental conditions in Manhattan, Brooklyn, and Queens has been of particular interest since the COVID-lockdown that ended last spring because the rental market reacts more quickly to changes in economic conditions.

The 350± Bloomberg Terminal subscribers made the article covering the report results in a top ten read, ranked ahead of the news that the Fed might taper mortgage bonds first.

And a super cool chart that illustrates the pivot to longer leases. There are more of our charts across the three boroughs we cover below. 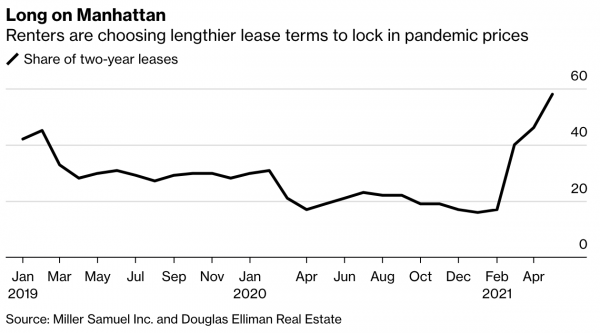 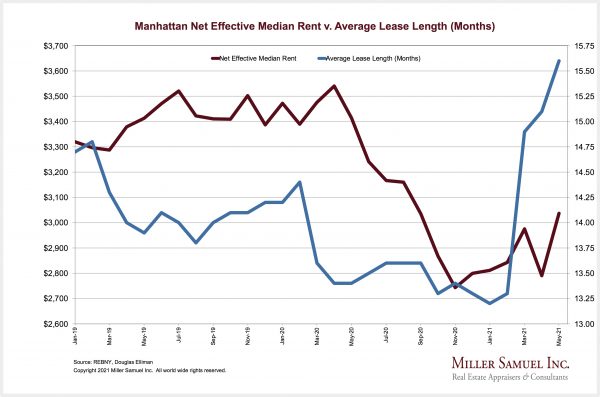 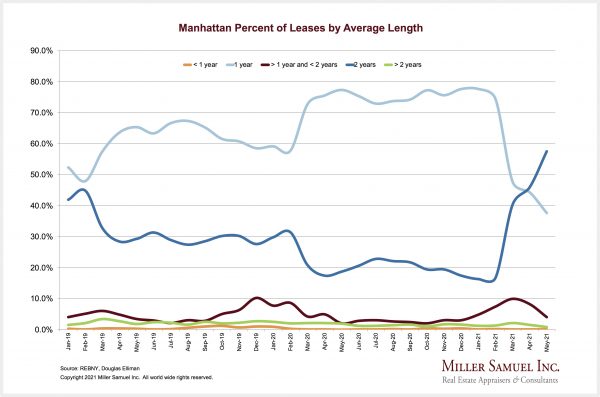 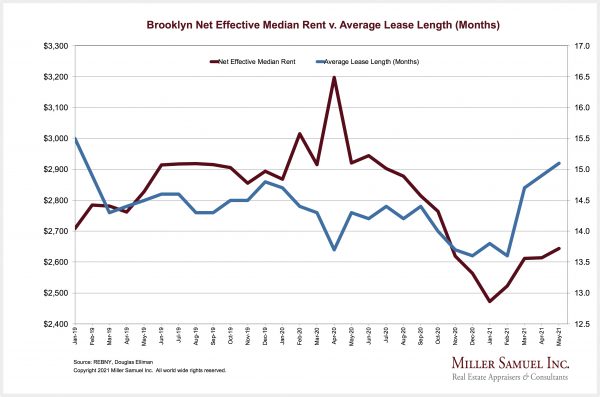 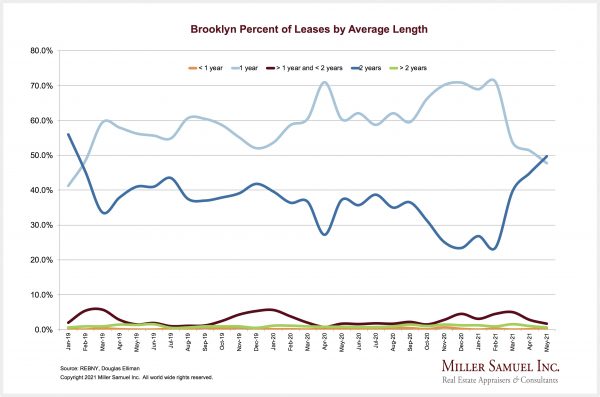 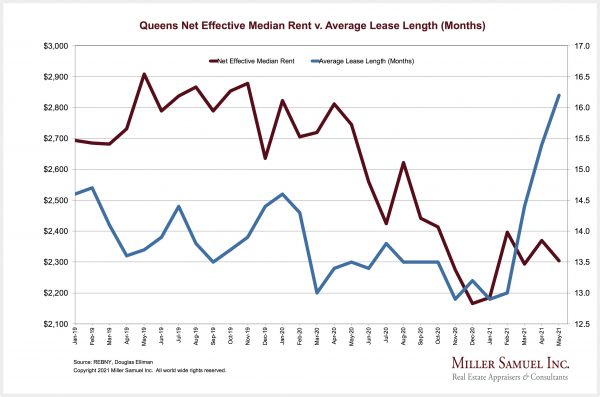 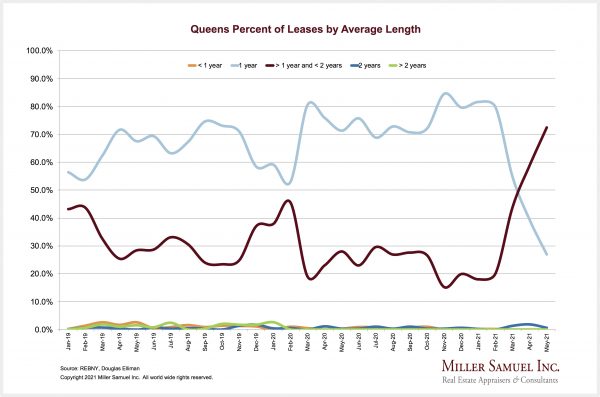 I did an interview with Bloomberg TV this morning, covering our May research on the NYC rental market for Douglas Elliman.

Our lease length and rental price chart for the Manhattan rental market illustrates this trend quite clearly – Brick Underground parses out the story. 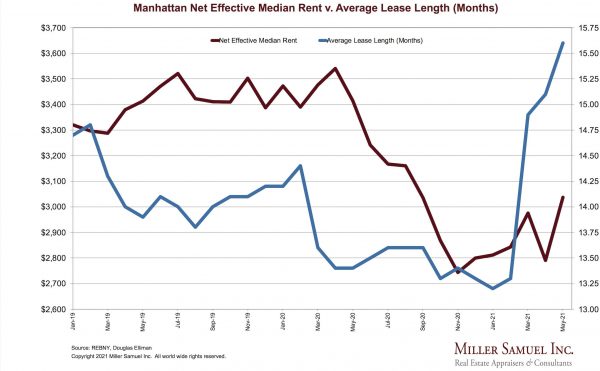 On Thursday I joined Alexis Christofouros at Yahoo to speak about the just-released May 2021 Manhattan, Brooklyn & Queens Rental Report that I author for Douglas Elliman. I’ve always enjoyed my conversations with Alexis. 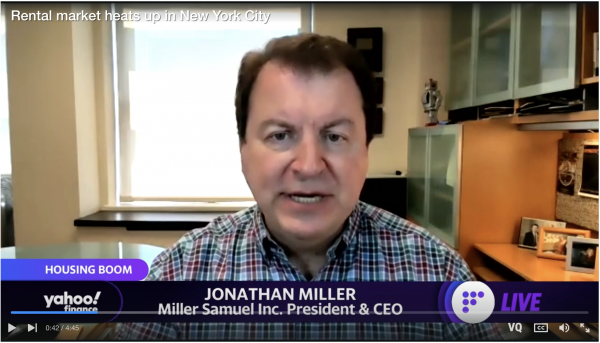 Last month I sat down with (virtually) with Suzanne Rosnowski, founder of the public relations firm Relevance International to share insights on NYC’s real estate market value, the importance of credibility, and the practice of providing unbiased information. Suzanne and I have known each other for 20 years? I think. It was a fun conversation.

ABC 20/20 Presentation on The Dakota, The Co-op Building Where John Lennon Lived

A friend shared this ABC special on John Lennon’s time in The Dakota in Manhattan. My appraisal firm, self-included, have appraised many apartments in The Dakota since the mid 1980s, especially fronting Central Park. Always a thrill. And another reason to love NYC.

Dana Williams of Sotheby’s interviewed me on the future of remote work – something we are observing right now as it evolves in realtime. This wasn’t specifically a housing market discussion, but with me, it usually ends up there. She did a wonderful job steering the ship. 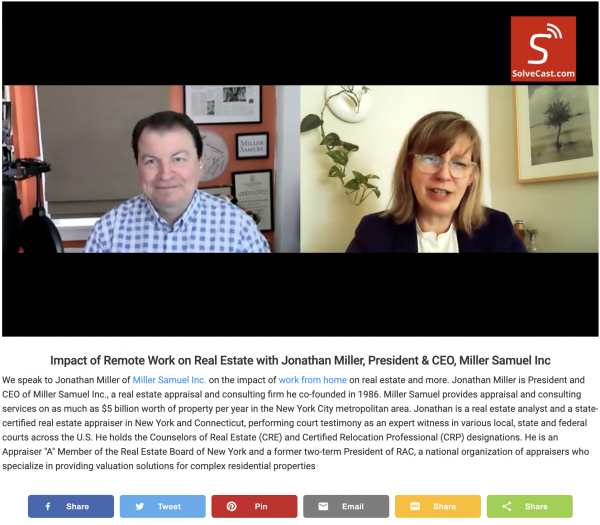 [The Compound Podcast] It’s Not a Housing Bubble, It’s a Supply Bust

I enjoyed the housing market discussion by Downtown Josh Brown and Michael Batnick – the clip is cued up the relevant section:

This Week in Aspirational Pricing: From $115M to $30.5M = Narcissistic Insanity

The “aspirational pricing” era in luxury housing began in 2012 and ended in 2018 was pure narcissistic insanity. This beautiful condo was a prime example and there are many other examples. Homes that were priced 3-5 times their market value influenced nearby listings and ultimately none of these ever sold until they were brought down to earth. The irony of this transaction was that it was dropped from $115M to $29.5M and then expererineced a bidding war, driving the price up to $30.5 million. So now the sellers can claim they sold the home above ask!

Initially, and wildly overpriced in 2013 at $115M, it represented the early days of "aspirational pricing". I remember thinking then it was 4X actual value. Steve Cohen’s NYC Condo Sells Above Asking Price After Big Cut @per @OshratCarmiel @business https://t.co/f7T3izuSii pic.twitter.com/MlpnuQkTbJ

UBS: “.. we expect inflation pressures to moderate towards the end of the year as supply conditions ease and pent-up demand ebbs.” The market appears to agree, “as seen by the sharp inversion of the US inflation swap curve with the 1y at 3.7% and the 10y at 2.6%.” pic.twitter.com/132wqo7pPu 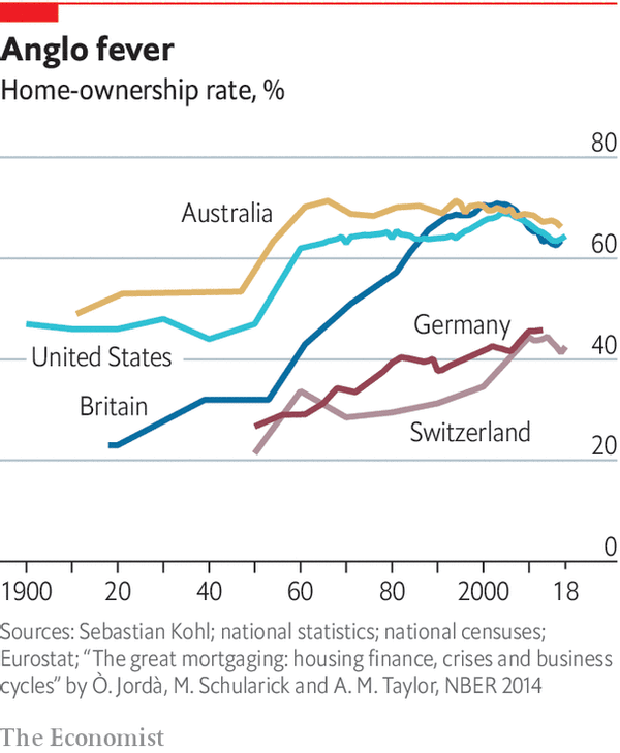 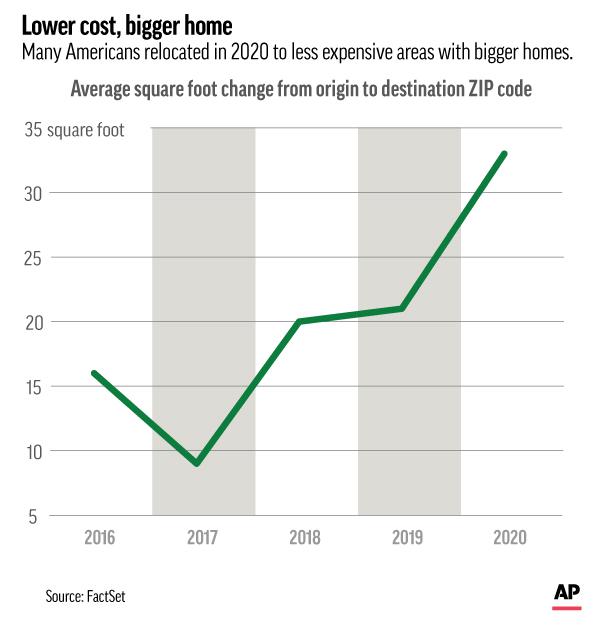 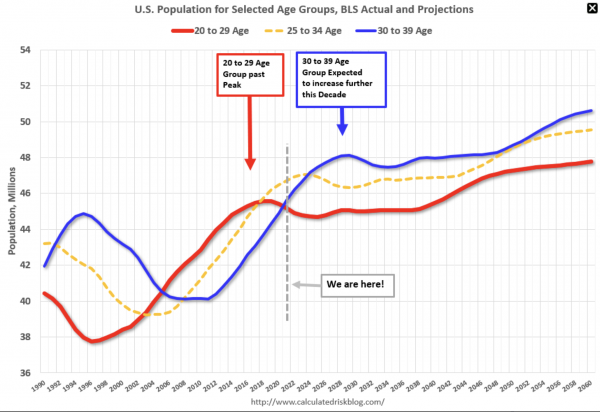 To all my appraiser colleagues out there, you are being left exposed right now by the organizations who never saw this coming. They still don’t realize that this could be “the thing” that brings our profession down, all because of self-dealing and the absence of any real leadership. The Appraisal Foundation C-suite has focused on petty gripes such as their infamous bat-shit crazy letter to financially “go rogue” without any real oversight. They have probably amassed more than $10M in cash as a not-for-profit, for reasons that are unclear now.

And the hits to our profession keep coming… here are some of this week’s big articles: 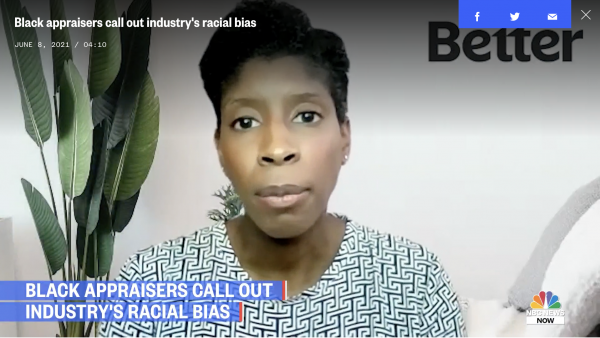 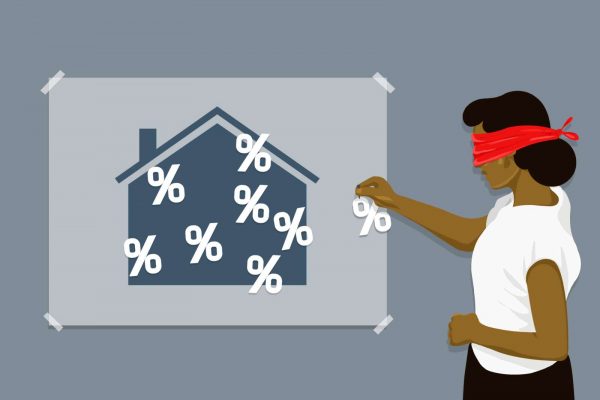 Housingwire: Is the appraisal process color-blind? Leaders should seek reasonable and effective solutions to eliminate racial discrimination from the home-buying process

This is a wake up call to the Appraisal Institute Board of Directors and all the potential financial self-dealing we’ve covered here in Appraiserville by Jim Amorin and FOJs (Friends of Jim Amorin).

RICS COO Violetta Parylo has handed in her resignation and will leave the organisation today. Parylo’s sudden departure comes as a surprise, given that she has served on the executive team for over a decade.

Peter Oldham was appointed a few weeks later February to investigate the events that led to the dismissal of four directors in November 2019 after they raised concerns about the findings of a 2018 BDO financial audit into the historic body.

A board should oversee a CEO and not the other way around. Spouse travel expenses, by the way, have never been covered by RICS. Nor does corporate America.

The intense focus on executive compensation, lack of transparency, and allegations of quashing of open discussion have led to a Queens Counsel investigation of RICS. QC in the UK is like either an AG office or the FBI. Four NEDs that raised issues about financial matters were summarily fired from their board when those issues were raised. The Appraisal Institute is in an equally vulnerable position, especially as Bylaw changes that have been proposed to increase transparency have been watered down in a coordinated manner by board members that are FOJs.

Appraisal Institute Board Members are subject to the CEOs whims and enable by his FOJs. Incidentally, the CEO has demanded that all reports prepared by staff should not be released to the board but are routed right back to him. This is the one person who has a vested interest in keeping staff reports concealed and allows him to operate without accountability.

AI continues to enjoy the benefit of board members who, acting in a rehearsed manner, thwart any efforts to provide insight. Where is the external study on CEO compensation, KPIs? If there is one, it will be buried by the CEO, because now the Board’s machinations have ensured that the report will be just for him.

Appraisal Institute take heed: you are an organization of 17,000 people, and a voluntary industry group at that, without any regulatory standing. RICS is a true worldwide organization, quasi-governmental and with strong regulatory power comprised of 125,000 people.

If I were re-organizing the Appraisal Institute, I would slash the CEO salary to $250K and separate the board into two separate entities with no overlap: residential and commercial organizations.

The Board of Trustees and/or The Technical Boards should be broken out by specialty rather than lumping all appraisal types together.

USPAP and TAF are trying to be all things to all in the valuation industry. They have failed in all.

One of many solutions to making appraisers more diverse and getting youth into our ranks as we age out every year is PAREA (Practical Applications of Real Estate Appraisal). Back in 2015, the AQB approved a concept paper to get the ball rolling. It wasn’t a complete solution but it would likely help the industry and TAF was taking leadership on it.

Originally, TAF was going to build a model and license it to users. In other words, they were going to lead the industry on the initiative. At some point, leadership got spooked by the cost so TAF hired a consultant that appeared to generate a wildly high cost of around $6 million to $15 million, presumably to give TAF a reason to bow out of leadership on this effort.

This is further evidence that TAF is more focused on money than the profession it serves. Remember that they have millions in the bank and opted not to take any grant money from the ASC.

As a result of TAF’s exit, the private sector is stepping up, and I hear the cost estimates are somewhere between $1M and $2M. At full retail price TAF could now pay for PAREA module 5x over with the money they have socked away in the bank. Why?

TAF has offered $500k for the development of PAREA for up to two entities ($250K each) despite supposedly having $10M+ in the bank as a not-for-profit created to serve the industry. It shows that they are not interested at all in solving the industry’s problems.

And it’s not just about money. PAREA coming from TAF would be a powerful unifying message to the states to incorporate this into their state laws. Instead, we have states like Pennsylvania who would only give 25% credit for PAREA hours which is like giving zero credit because mentoring would still be required. Some states are talking about requiring 10-20 completed appraisals which also defeats the purpose if a reviewer signs off on the report because they shape the final report into something they are comfortable signing and therefore the state doesn’t see a pure representation of the appraiser’s work.

The beauty of PAREA is that appraisers will be exposed to other types of valuation – for example, someone like me who primarily appraises co-ops and condos in Manhattan, doesn’t see how to appraise other forms of real estate and that will only make me a better appraiser. It allows an expansion beyond the mentor’s appraisal territory.

What does TAF actually do for appraisers these days?

As the weather continues to warm up and more of us get back on our bikes, it is important to remember that helmets have been shown to be a good idea throughout history.

I took up pole vaulting my senior year of high school because I was too slow in the two-mile. I wasn’t very good at my new sport either, but actually scored once in a meet and it was glorious. I sill remember the moment going over the bar and the free fall all the way down to the matt (which was about one-third the distance the guy below experienced). Still, it was a win and a moment I’ll never forget.