Strolling While Burning Down The Housing Market

h/t to my good friend @ritholtz for the following breaking news from The Onion, and who got us literally the best seats in town this week to watch burning down the “house.”

The Manhattan Apartment Sales Ended The Decade Where It Started

This week our Miller Samuel research on the Manhattan decade was published by Douglas Elliman Real Estate, the largest brokerage in the New York Metropolitan area and the second-largest independent residential real estate brokerage in the United States by sales volume. I’ve been the author of the Elliman expanding market report series since 1994 and I’m excited about the ton of new research we have coming online in 2020 in the form of new markets and new analytics.

I used to nickname this week’s 58-page report 2010-2019 Manhattan Decade Report “The Phonebook” but I’ve realized the millennials don’t know what a “phone book” is. I need help coming up with a new nickname so any suggestions are welcome!

The “decade” reference refers to the market through the optics of a ten-year moving window. We also published the Manhattan Townhouse Report which covers the decade. This report represents the time the peak (2008) and trough (2009) is not in the decade report. You know what they say…”time keeps ticking.”

I would be remiss without mentioning the Mansion Global chart that was created for their coverage of the report. As Housing Notes readers clearly understand: “Life is a Chart.” 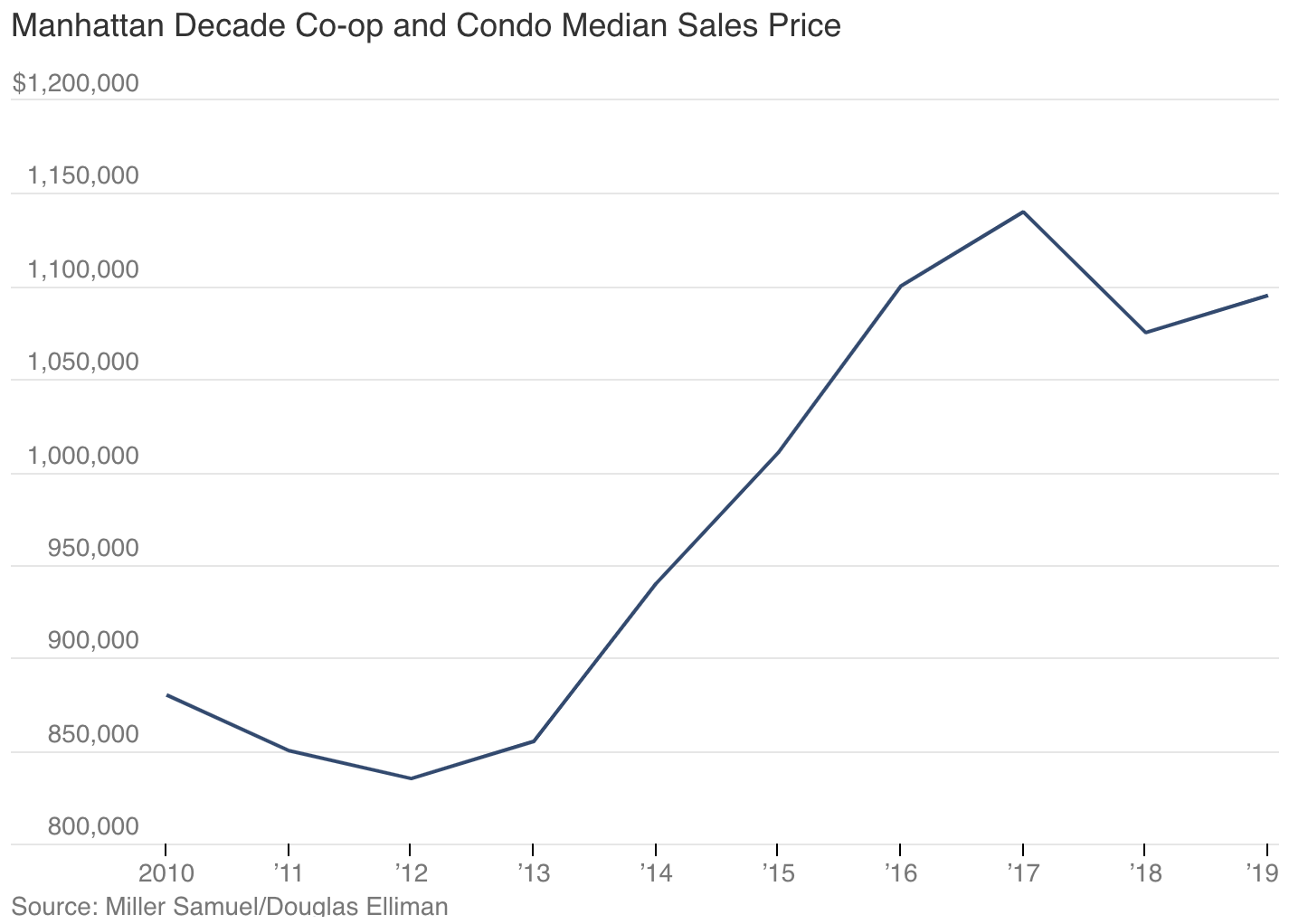 “The decade saw a sharp decline in unit sales from 2013 to the end but more sales volume.” 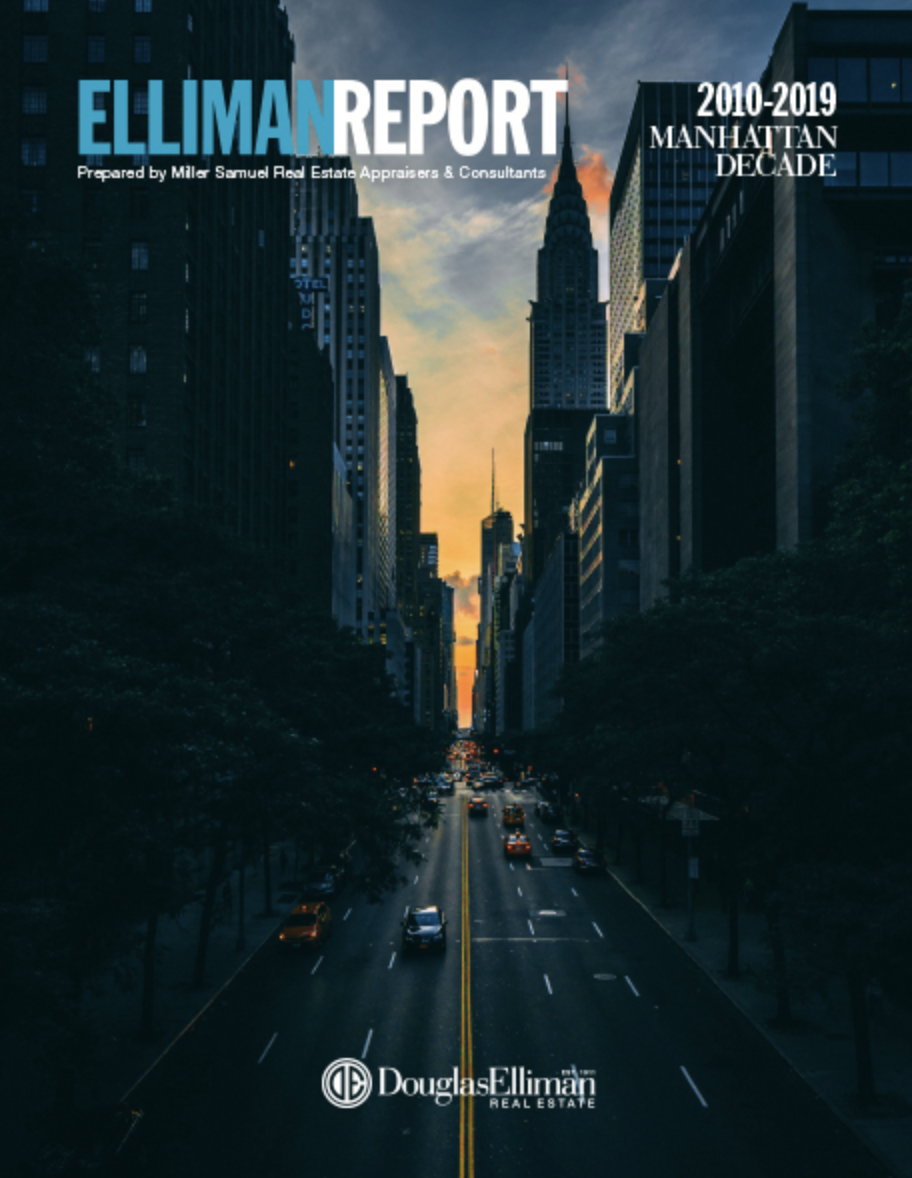 – With the exception of 2017, the annual number of sales has fallen year over year since 2014
– Listing inventory rose annually for the sixth straight year, up, up 59.5% since the 2013 low and 16.6% above the decade average
– Unit sales are down 21.1% from the decade-high reached in 2013 while sales volume is up 5% over the same period
– Average marketing time has remained remarkably stable at 101 days over the past three years
– The average sales square footage of a Manhattan apartment was 1,134 square feet, the smallest size on record since 1985
– Despite all heavy sales activity in the second half of the decade, the number of sales in 2010 was nearly identical to 2019
– Since the financial crisis more than a decade ago, the most recent price peak occurred in 2016/2017.
– The listing discount in 2019, the percentage difference between the last asking price and contract price, was at its highest level since 2010 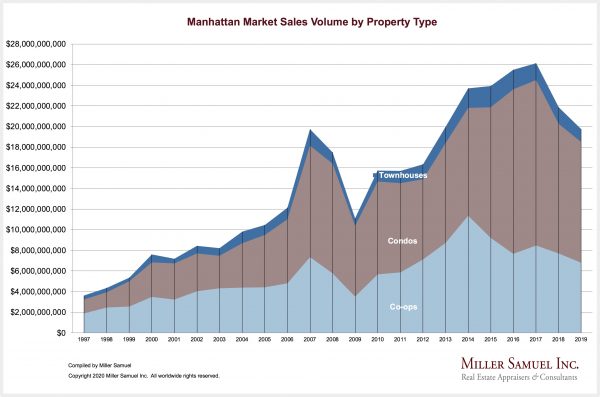 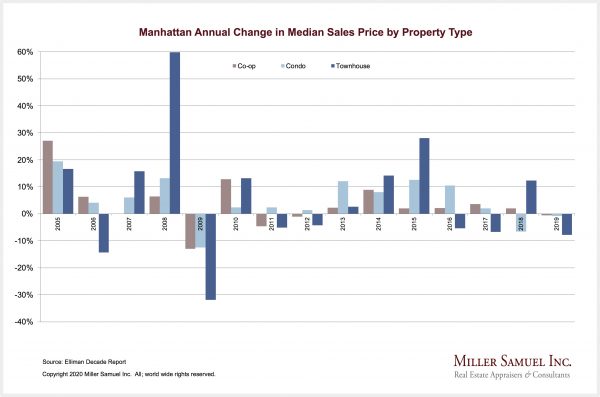 “The townhouse market enjoyed the same median sales price gain as the apartment market over the decade.” 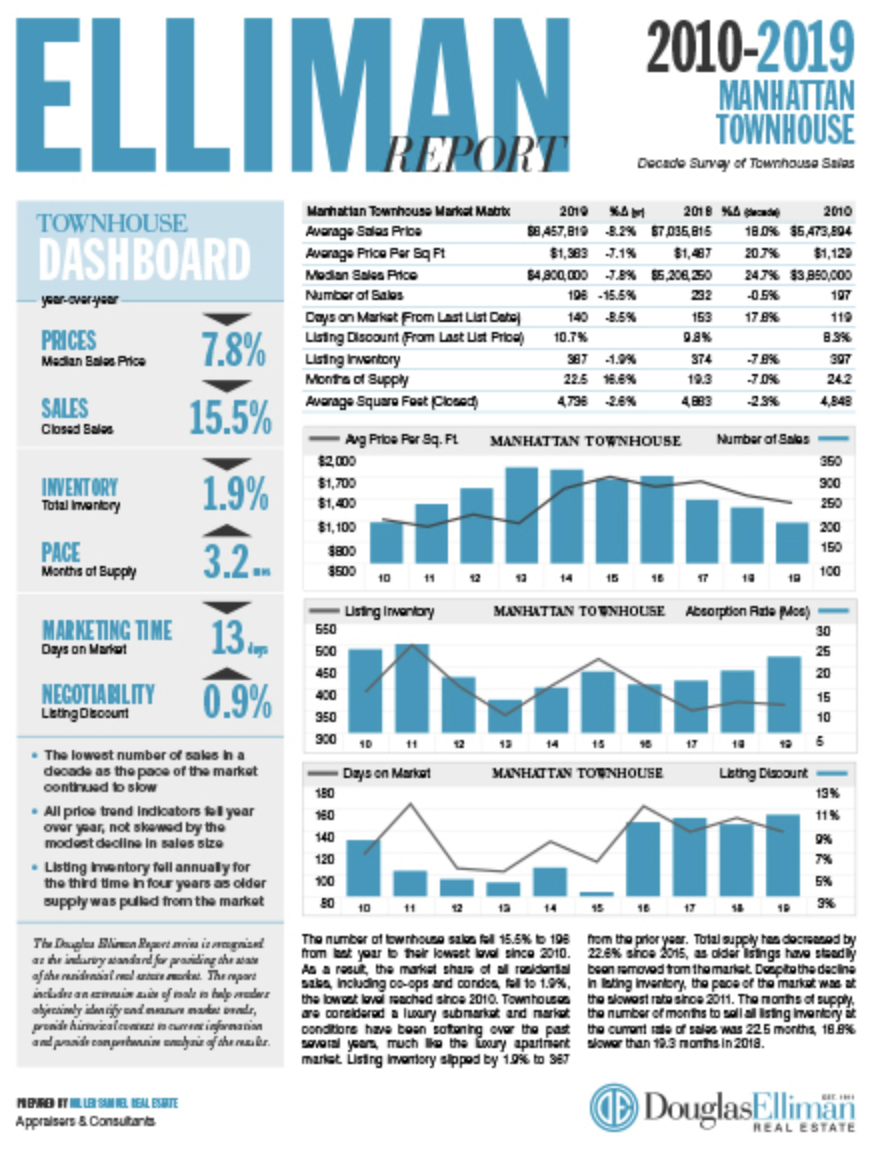 – Townhouse and apartment median sales price rose at nearly the identical rate since 2010
– Market share of townhouses was 1.9% of all residential sales, the lowest share since 2010
– The lowest number of sales in a decade as the pace of the market continued to slow
– All price trend indicators fell year over year but were not skewed by the modest decline in sales size
– Listing inventory fell annually for the third time in four years as older supply was pulled from the market
– Luxury median sales price was approximately the same as the 2010 result
– The average sales size of a luxury townhouse rose for the third straight year
– The sales for 2- family properties were the only type to rise year over year
– The 3-5 family sales market accounted for more than a quarter of all townhouse gross dollar volume in nine of the past ten years
– Sales of single-family properties were the only size category to decline over the decade 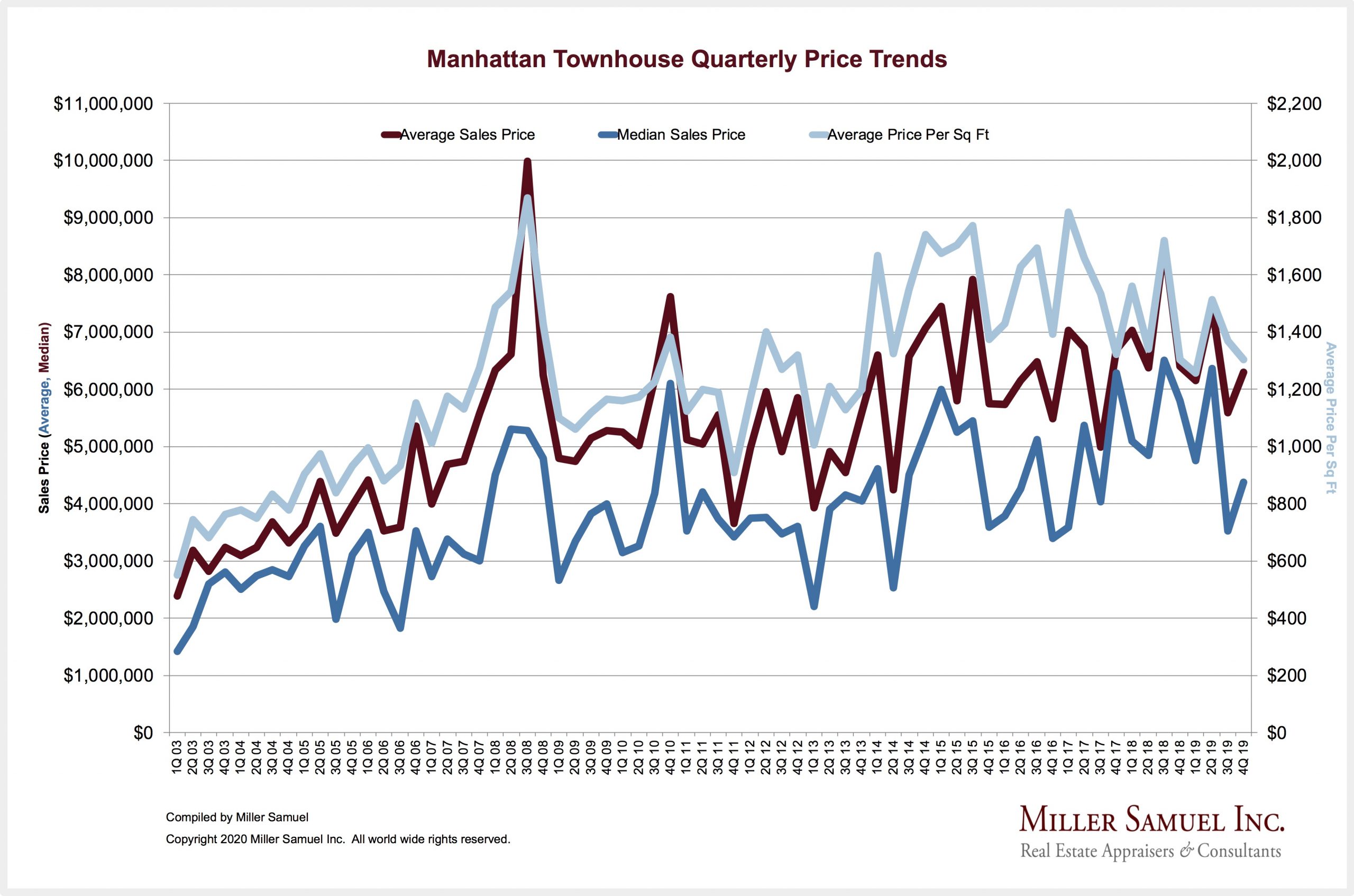 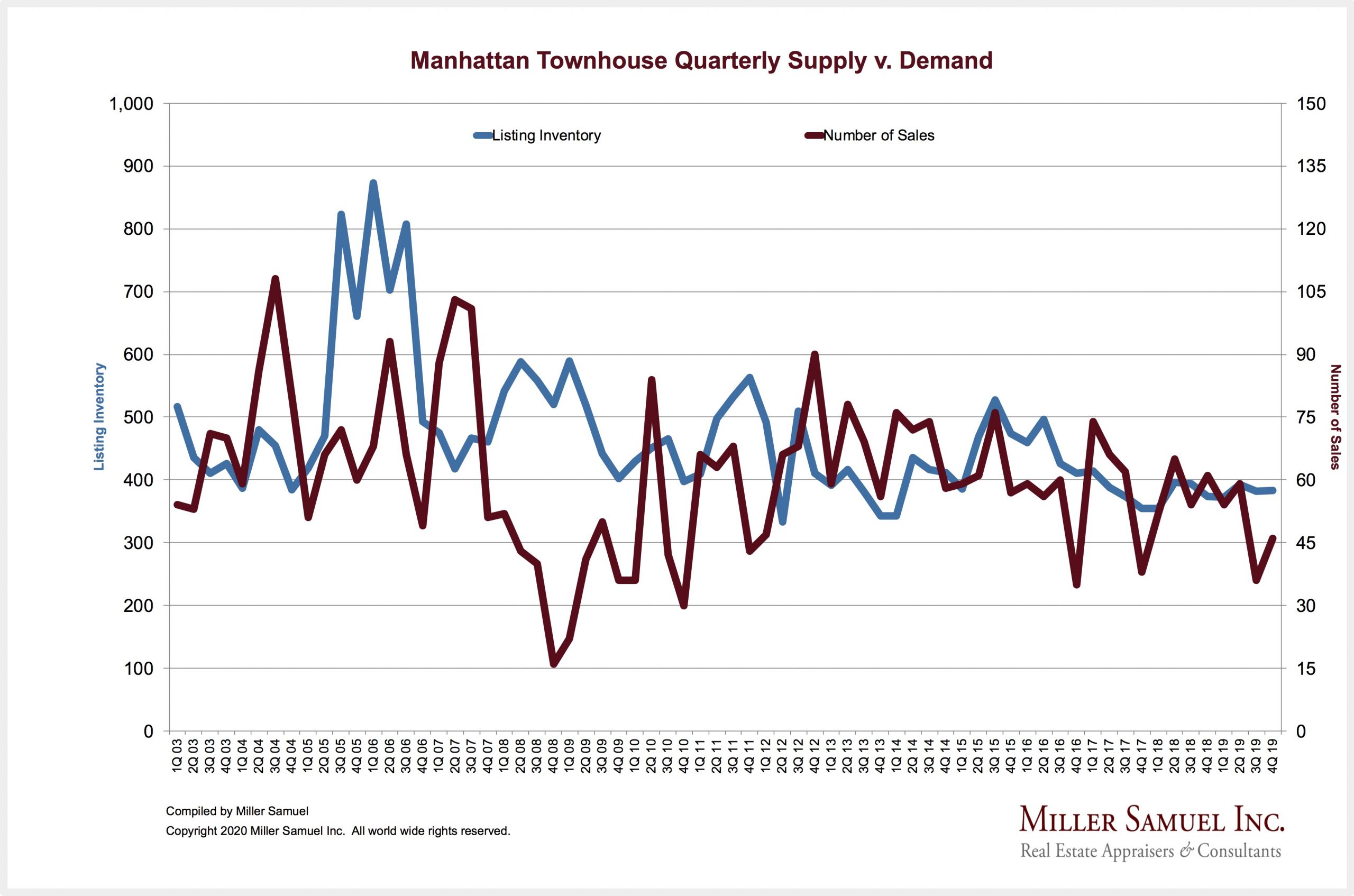 Michael Herzenberg of NY1 breaks it down for the viewers here: 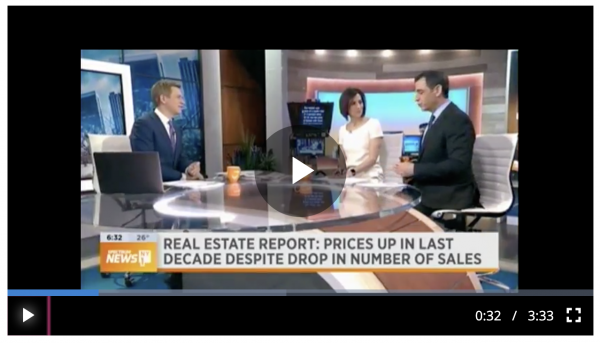 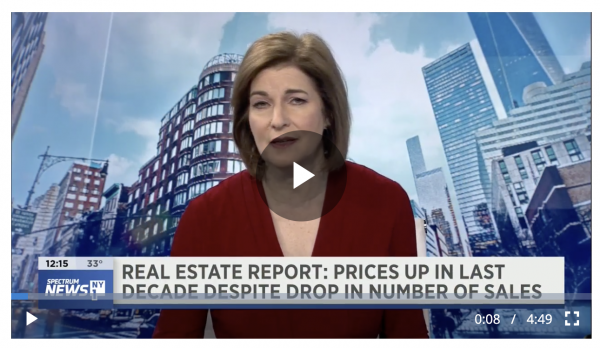 Looking At The Prior Decade, New Development In This Cycle Was Less Impactful? Sort of.

I whipped up the following table to tell a story about the Manhattan market by comparing the most recent decade of 2010-2019 to the previous decade of 2000-2009: 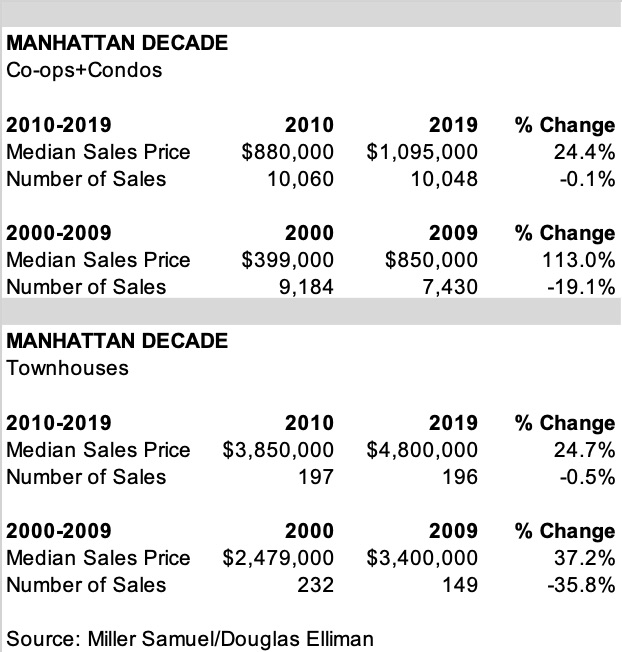 2010-2019
I contend that the townhouse market, which has virtually no ground-up new construction (of course it has plenty of gut-rehab work) saw the same changes in sales and prices as apartments because new development apartments were so unusually skewed to the top of the market and not as deeply embedded in the broader market as the prior decade.

2000-2009
Housing activity was fueled by little to no mortgage underwriting. As a result of excessive leverage enjoyed by buyers, prices more than doubled for apartments, far more than was seen in the adjacent townhouse market. However, townhouse price growth was higher than was seen in the following decade as a beneficiary of excess leverage. Apartment price growth fell sharply too but in the chart, because this was an annualized analysis picking a random ten-year window, the results were smoothed over the 2Q08 $1,025,000 peak to the to 4Q09 $810,000 trough showing a doubling of prices. The decade ended badly from a price trend perspective because the credit bubble burst to bring down an over-priced and over-transacted market enabled by nominal mortgage underwriting.

The moral of the story? Every market is different, some more than others. 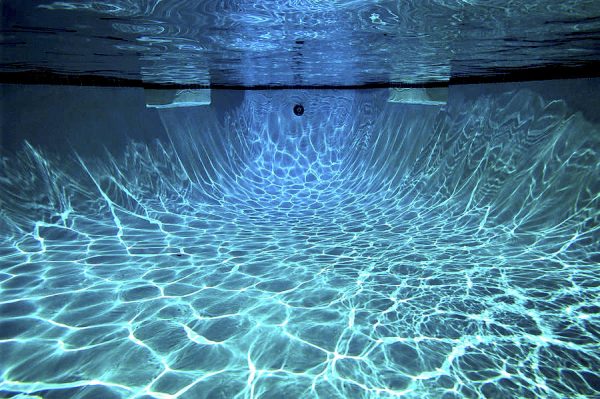 I have a complaint about the terminology of sales i.e. the concept of unit sales versus volume sales.

In my view, the term “sales volume” means total sales dollars and the word “unit sales” means the count of the individual transactions. I assume the word volume with the analogy of water in the pool.

This tells us that the market was weaker at the top of the market because of the larger decline in sales volume than sales units. They are two different metrics to me but they tend to be used interchangeably in the real estate industry and as a result, by journalists who cover real estate.

I find myself translating “sales volume” to “total sales dollars” or “average sales price x number of sales” quite often. I keep thinking of the word “volume” as water in a pool.

My favorite chart of the week

mortgage rates getting close to 2016 lows, a ways away from the historical lows of fall 2012 pic.twitter.com/2nZ2bnzs5I

Where does the idea of market value come from, especially nine-digit kind?

There’s a good read in Forbes today that talks about the new $115 million in Malibu:

As A $115 Million Property Comes To Market, What Does It Take To Justify A Nine-Figure Price Tag?

I chime in about how this phenomenon began. While you’re reading the piece, here are some smooth jazz and visuals.

WATCH YOURSELF Because I feel like we are lousy with bad news these days, here is something that is quite the opposite. It’s slow-paced and deliberate, but that’s part of the charm.