Sometimes art just jumps out of the picture and drenches you with a message:

Although I was born in Boston and had traces of an accent until we moved to Delaware when I was 6 years old, and definitely annoyed my mother for adopting the New York Yankees as my favorite baseball team, I’ve always wanted to cover the Boston market in our Elliman Report series. Last year Douglas Elliman acquired a local firm and yesterday published our research on the Downtown Boston market.

The data within the reports cover the condo and townhouse markets in the neighborhoods of Back Bay, Beacon Hil, Charlestown, Fenway, Midtown, North End, South Boston, South End, Seaport, West End & Waterfront. Its basically a luxury market moving at a blistering pace but there was a noticeable drop in condo sales in Q4-2108.

Here are a few basic observations:

CONDO
– “Price trends and sales for the entire year finished above prior-year levels.”

TOWNHOUSE
– “More sales and less inventory kept the pace of the market moving quickly in the final quarter of 2018.”

For Greenwich, CT, the news was weakness but I wonder if the crazy volitility in the financial markets were the root cause of the luxury sales slowdown countywide. Since I measure luxury as the top 10%, if those units stopped trading, the top 10% is at a lower echelon rather than an actual decline in property values. 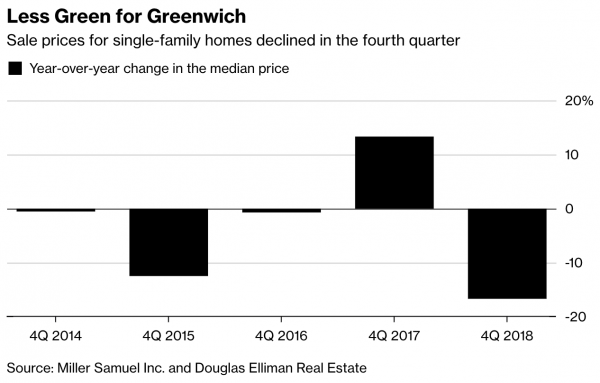 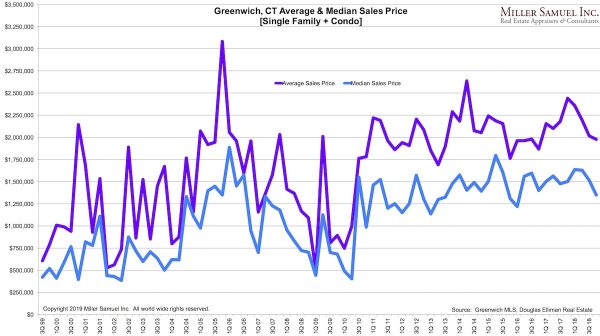 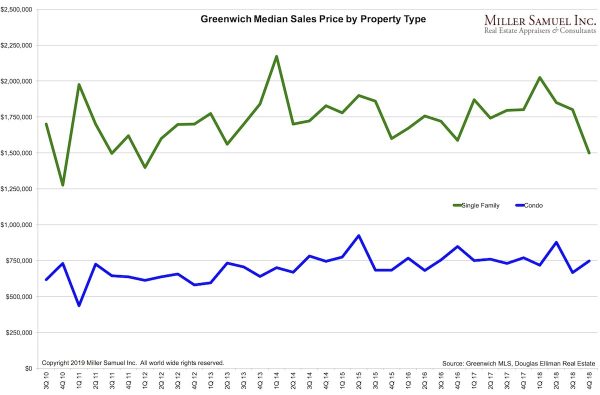 The report links will be available shortly. In addition to the research for the Elliman Reports covering South Florida, I compiled 5-year sales patterns for condo/single-family properties that sold over $1M. Their high-end is seeing sales growth:

Just before I stepped on the set, I got to look at the file photo Bloomberg took about 15 years ago (I think I’ve aged gracefully) but I was also called out for it.

Was the last time you were on Bloomberg Markets 1995? That headshot…

Here’s the interview along with a cameo by Sam Zell, lol!

The Big Mac index shows how strong the US Dollar is

If you are wondering why foreign investors in U.S. residential real estate are not what they used to be, look no further than the Big Mac you were about to devour. Does anyone at The Economist or really, anywhere, see the irony of the initials for “Big Mac Index” are “BMI” or am I over thinking this? 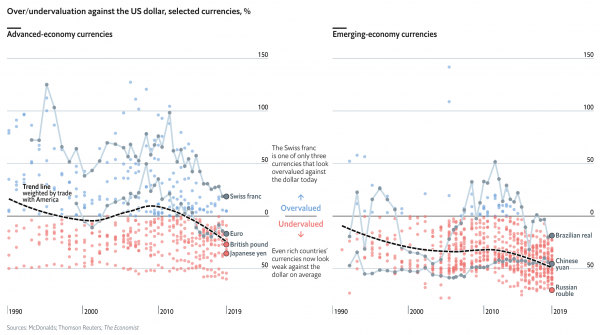 The quip “I’m like a farmer, outstanding in my field” crossed my mind when interviewed for this epic profile piece on prolific New York developer Gary Barnett and his Extell firm.

His success opened the door for other high-end towers across the city, permanently altering the Manhattan skyline. “The frenzy around One57 gave everyone the idea that this was a market that was ripe to be harvested,” said real-estate appraiser Jonathan Miller.

Barnett is currently building the tallest condominium in the world, over 1,500 feet high. This WSJ piece “The Man Behind Billionaires’ Row Battles to Sell the World’s Tallest Condo” supposed to be on the front page of WSJ today but it was bumped off to the real estate section. When I read this piece and their announcement of a new CEO, it made me wonder if investors were getting worried about the timing of this super luxury project in the middle of a market reset. Their nearby project One57 still has a lot of units left to sell and this new project is priced higher (however it is 50% taller with more views) and has twice the number of units. Will this project be the marker for the end of this era through “Billionaire’s Row?”

Aside from those concerns, I’ve always found this form of innovation fascinating and the constant change to the skyline exciting. Just peruse some old Dover-type books to see what I mean. 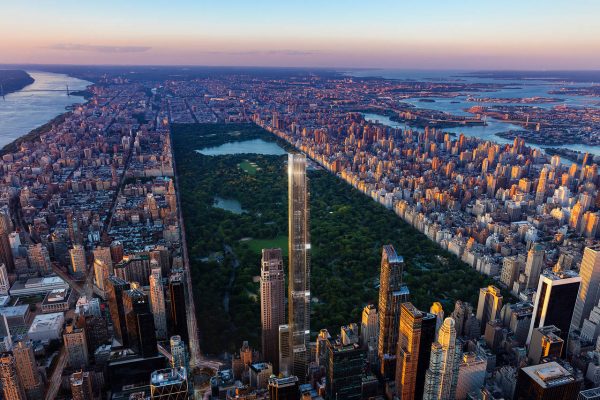 Foreclosures Are So Not A Part of The Housing Conversation Now 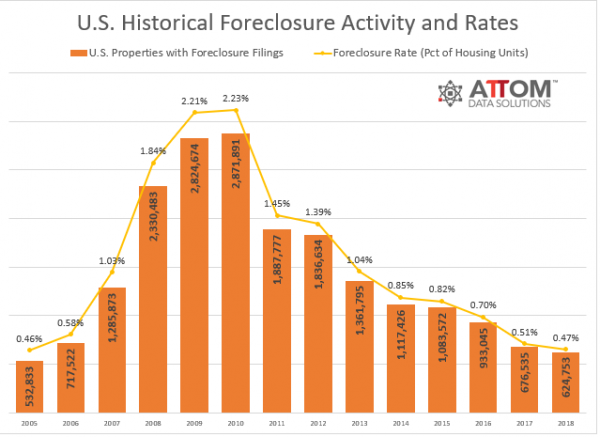 New in the Real Estate Lexicon: Down

The housing market conversation is using the word “down” quite a bit more than in the prior several years: California Existing Homes in December: Sales Down 12% YoY, Inventory Up 31% [Calculated Risk] 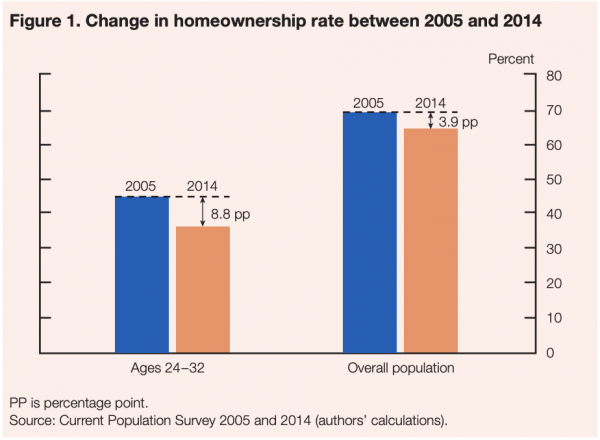 The part of the “school debt to housing” connection that doesn’t get discussed is just how much the credit side of student loans mirrors what happened during the housing bubble. Schools can keep raising tuition because it is not seen by the students – everything can be covered by the easily-issued debt. Why do you think tuition costs have outpaced inflation? 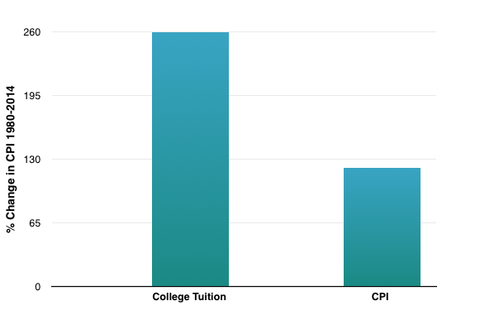 College marketing commonly touts how more than half of their students graduate in 6 years! (in a 4-year program). My wife and I attended orientation for one of my sons. In the presentation, honor roll students were brought on stage and both the school and students touted how many students were getting a major AND 3-4 minors. None of that makes much economic sense. By now the disconnect between the cost of a college education and the benefit to their careers is being talked about. Fast and loose credit has enabled reckless spending by universities. There are no checks and balances – simply raise the fees and the students will pay for it…for years.

Here was the authors’ previous piece on the topic: A Trillion Dollar Question: What Predicts Student Loan Delinquency Risk?

All told, our finding that student loan balances are only a poor predictor of future student loan delinquencies challenges aspects of the popular narrative that frequently link borrowers with high student loan burdens (and often advanced degrees) to student loan debt repayment difficulties.

My friend Barry Ritholtz interviews my zen-god for mortgage-related visualizations, Len Kiefer for his Masters in Business Radioshow/Podcast. Len is an amazing follow on twitter.

These aren’t upcoming but I had a great time speaking on the 84th floor of 1 World Trade Center this week with this view: 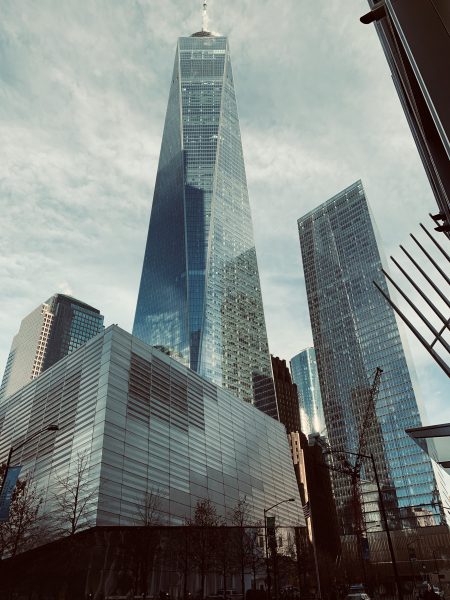 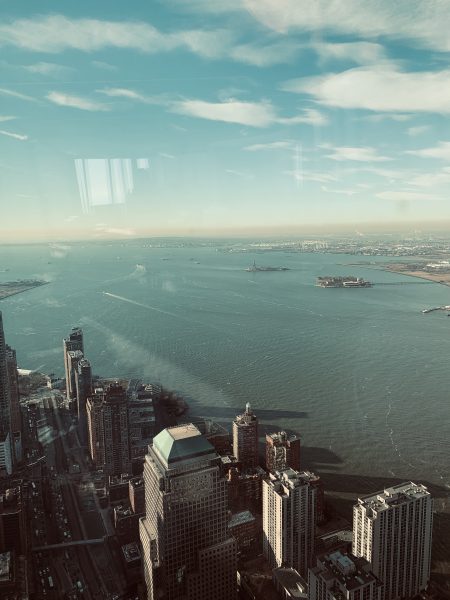 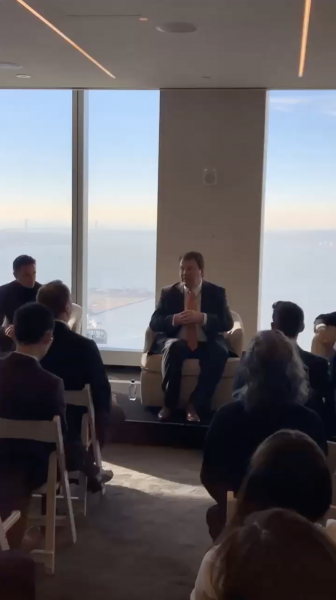 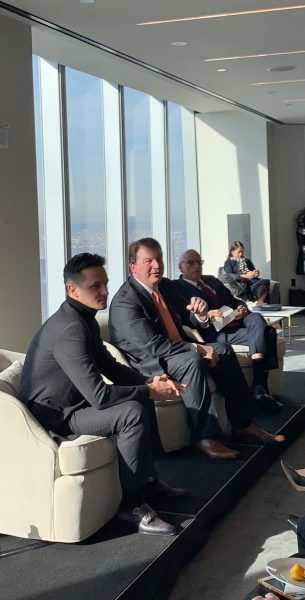 If you haven’t been paid, I suspect it is a long shot for appraisers to recover anything from them. The irony here is that many AMCs attempt to verify an appraiser’s financial wherewithal when signing them up yet I suspect the shoe is more often on the other foot, especially when considering the scale of a controversial company like CoesterVMS.

Dave Towne wrote a piece on what to do if you’re still owed money by CoesterVMS.

Here’s an email I received as a certified appraiser in Connecticut. I’ve never done any work for them but it is nice to see that they are being proactive. 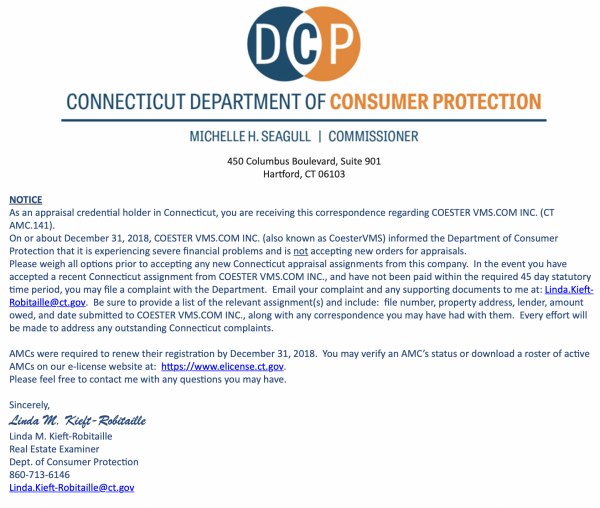 Only because this is weird.

There are no coincidences pic.twitter.com/9AEbbuXZGn