Some Housing Styles Really Stand Out In Any Location

I’ve often wondered what kind of school graduates students of architecture like this? Locating it near train tracks becomes a positive amenity.

look at this god tier McMansion I caught on camera today pic.twitter.com/jJUQQCWkL7

I’ve been writing the expanding Douglas Elliman market report series for 25 years and nothing is more fun than fueling reader interest at a large scale.

The Greenwich market report I wrote for Douglas Elliman which they published yesterday, was included in a Bloomberg News story. And despite the heavy news volume, the piece was the #2 most-read article at one point in the day by 350K± Bloomberg Terminal subscribers worldwide.

…and if that wasn’t cool enough, the story included a twofer! (2 charts). 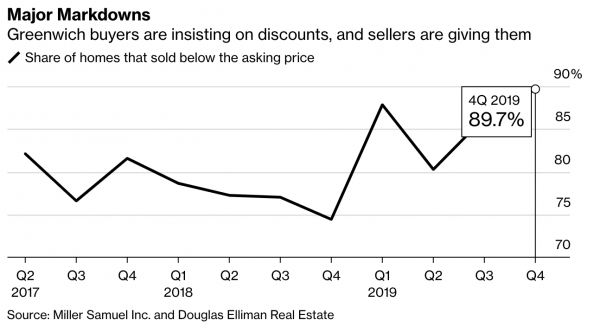 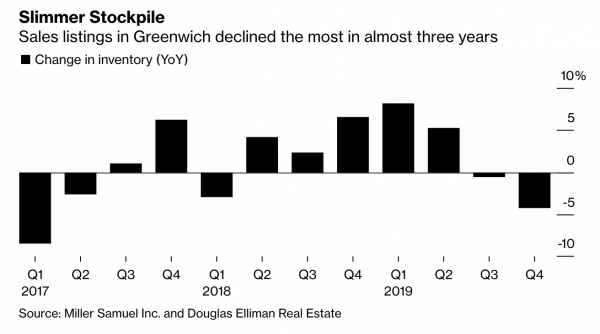 “Negotiability expanded to the highest level in two years as more sellers became in sync with market conditions.” 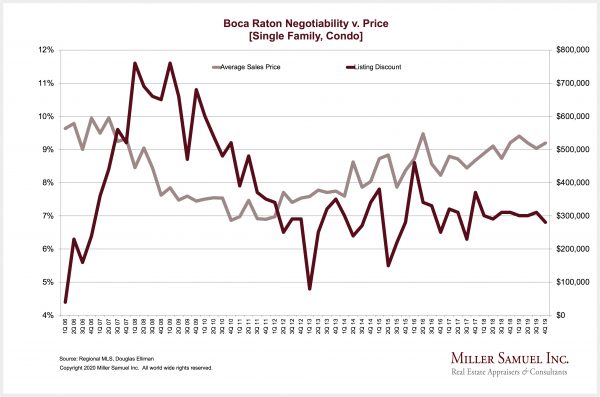 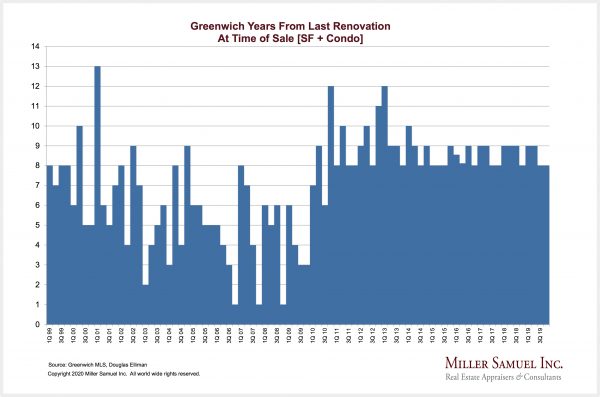 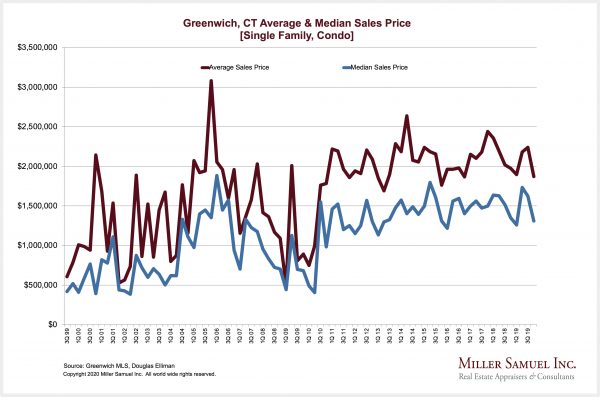 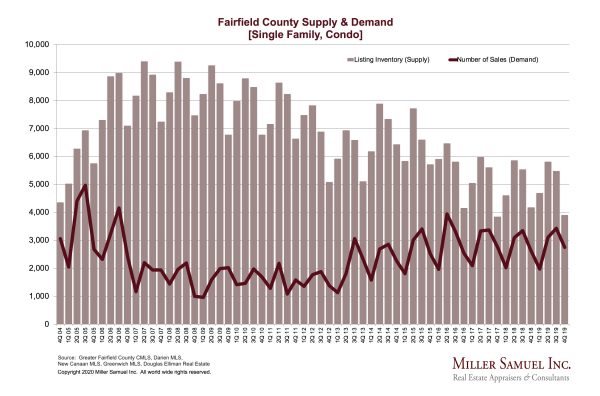 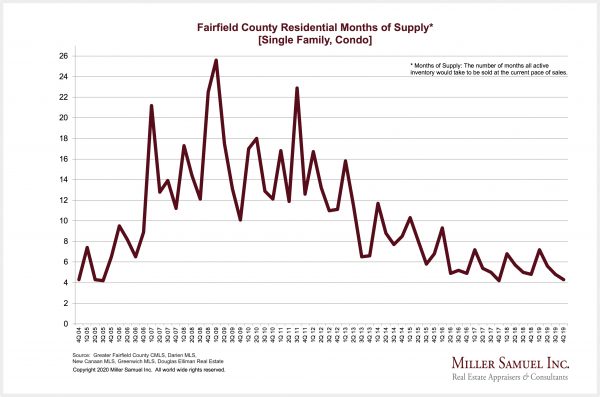 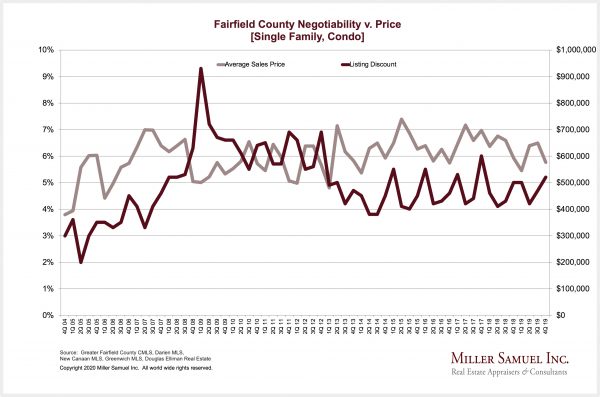 Let me explain. The price growth of this affluent submarket are influenced by the proliferation of new development activity that continues to be absorbed. And it is clearly being influenced by the rapid absorption of high-end projects like One Dalton.

Someone suggested to me the market was rising because of this one new development so I ran the numbers without its 40+ Q4 closings and the marketwide numbers still showed robust conditions: 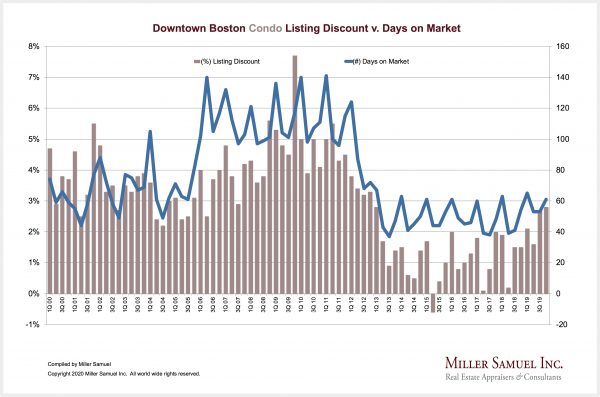 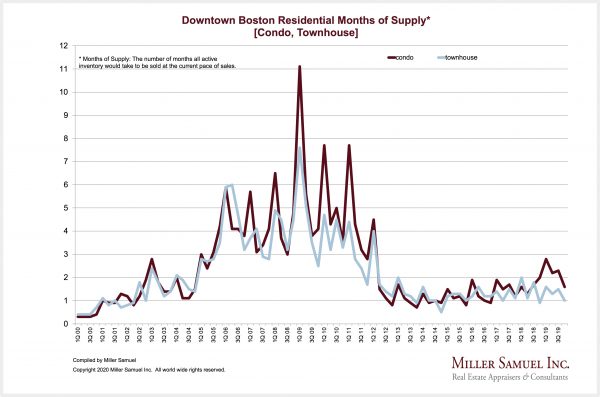 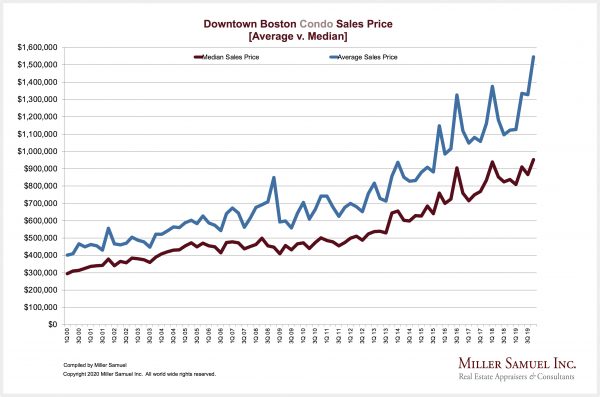 SALT: Inventory is dropping in Florida 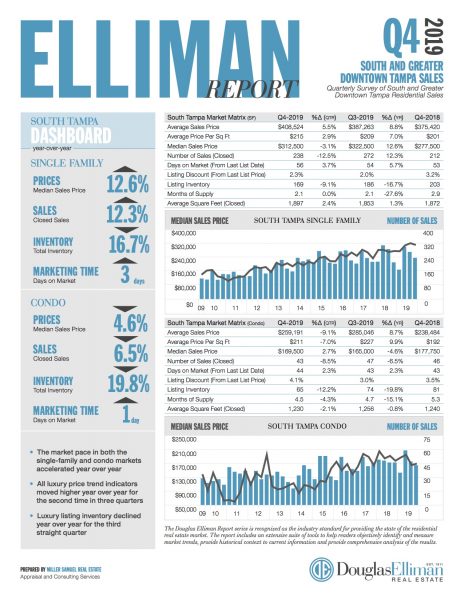 Douglas Elliman just published 13 market research pieces I wrote on the Florida markets they service. The newest addition was the South Tampa/Greater Downton Tampa report which rolled out this quarter.

The one commonality across most of these Florida markets this quarter was the growing pattern of declining inventory. Even the Miami Beach market, which still has excessive luxury condo supply, is seeing inventory fall.

Since there the volume of research is too large to not monopolize these housing notes, you can go to these resources:

I had a great chat with my friend and Douglas Elliman power broker Frances Katzen. 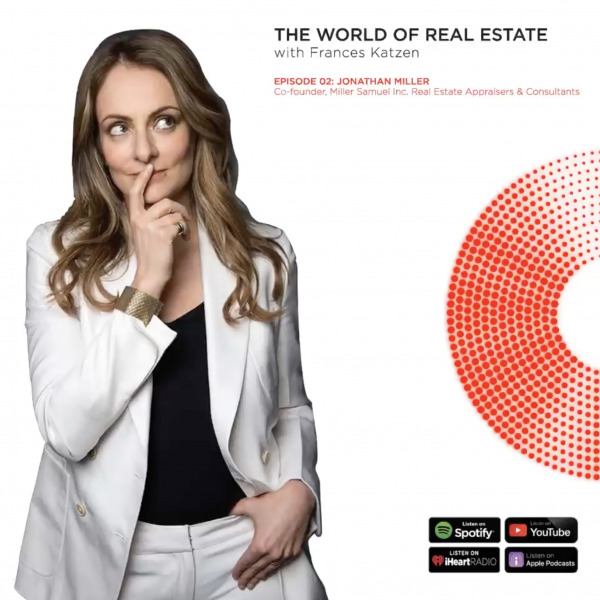 NY1 Delves Into The Cause of the Manhattan Supertall Skyscraper Boom 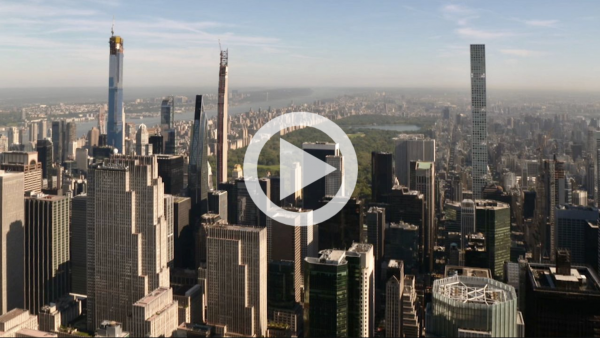 Enjoyed speaking with Michael Herzenberg of NY1 on the Super Tall story in Manhattan. This is a great summary of the phenomenon.

I joined Vonnie Quinn on Bloomberg Markets to talk about the results of my recent research for Douglas Elliman’s Elliman Report: Manhattan Sales Report Q4-2019. Always enjoy the conversation.

The Better Mortgage Business Philosophy Doesn’t Include The Appraiser

A good friend and appraiser colleague of mine in the midwest sent me this appraisal order request from Better Mortgage in New York [redacted]: 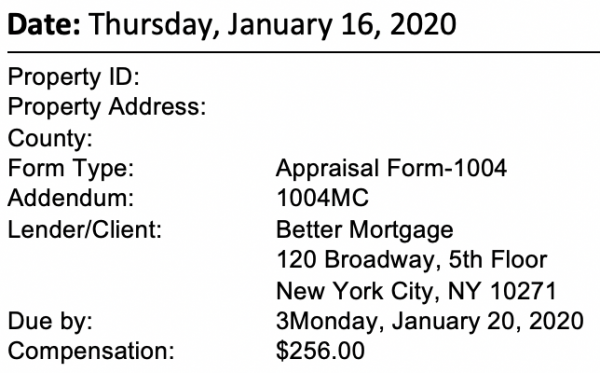 My friend and I and most of my peers marvel at order requests like this. They are paying half the market rate to the actual person analyzing the asset to be used as collateral for the mortgage, but most importantly that seems to enable them to provide free lunches and snacks to their employees who process the loans. See the review in Glassdoor. 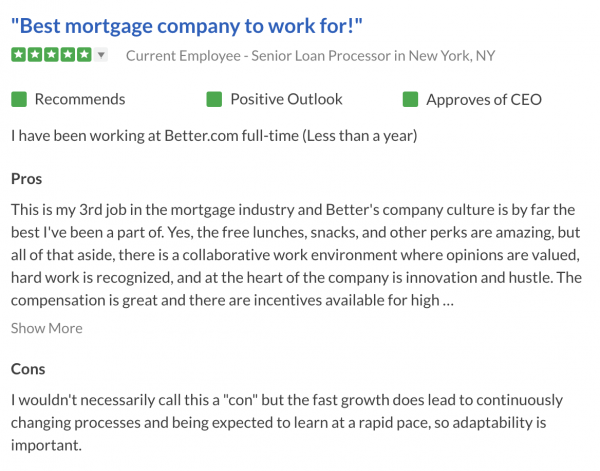 Companies like this can often find a few appraisers willing to work for this fee because those individuals’ services aren’t in demand (they aren’t competent to earn the market rate), or they’ve fallen on hard times. Its not a sustainable fee structure (half the market rate) to preserve valuation quality. And new millennial-targeting companies like this seem to be focused on anything but the value of the collateral. The millennials ordering Buffalo Wild Wings on Uber Eats or a mortgage don’t understand what’s behind that click. But they should because they will inherit the reckless mortgage process today as Baby Boomers did after the housing bubble crash. Those clicks aren’t cheap.

This disconnect is a pervasive problem that our industry has been unable to effectively change the message because we don’t have lots of venture capital or large legacy financial institutions backing us as the AMC industry does.

Do you want to take a first step? Think about that order. Stare at it. You should be insulted if that’s all you think you’re worth. If you’re not insulted, then you need to move on and get a job that pays at least minimum wage.