I’m wrapping up this Housing Note as the stock market has already fallen 500 points (12:30pm) so hopefully this will take your mind off of your losses.

After the loss of David Bowie, I thought a lot about how much his music meant to me – from my college days through adult life. There was a period in college where he was all I listened to. I was hooked in by his Hunky Dory album although haven’t been listening to his work as much in recent years. His death reminded me how deep his talent really was so I’ve been revisiting it. Apparently I’m not alone. 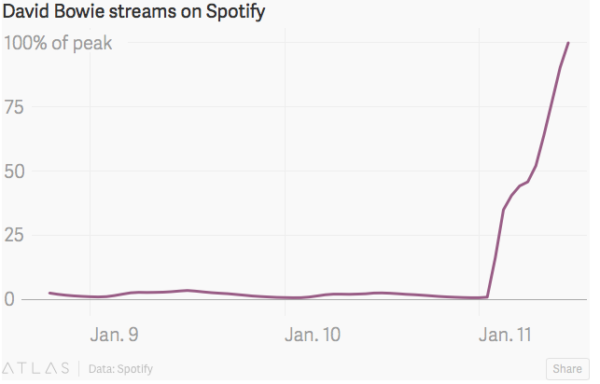 David Bowie (b. David Jones who reportedly changed his stage name to avoid confusion with lead singer of The Monkees – who died in 2012) was more than a musical and acting talent/artist. David Bowie was a financial innovator. Remember Bowie Bonds? Here’s a refresher piece on how he securitized his music catalog.

If securities don’t interest you, them I suspect that Powerball mania will. I’m not a fan of lotteries in general since people that can least afford to play, are often those that play the most. It feels a bit like cheating success. Still, my wife plays and I’m happy to share in the winnings.

The takeaways from this phenomenon are entertaining. Many won’t roll out of bed and play to win $100 million but get excited when it goes over $1 billion and the nearly impossible odds fall even further (since that’s real money). And many people have weird relationships with numbers (and what’s a mainstream number?):

These are pretty mainstream numbers. Somebody will win tonight. https://t.co/wvlY7XFJtA

Now that we’ve set the stage, lets talk about housing…

In the latest housing boom, we’ve been deprived of one of the most visceral weapons of change – the wrecking ball. Here’s a terrific piece on wrecking balls in Atlas Obscura. 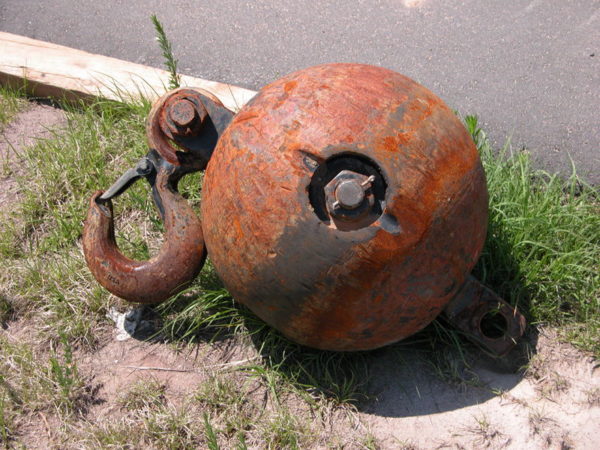 There’s also a great op-ed in the LA Times and a piece on Curbed Boston by NeighborhoodX founder Constantine Valhouli that explores the relationship between rents and prices by neighborhoods.

In thinking about the undercurrent of change in the housing market, specifically the new development space, I was reminded about how important it is to keep an open mind to new information rather than hunker down in the fetal position. And it’s always better to get along.

Tall Is The New Black

New York Yimby does a masterful job sussing out new development renderings from the NYC Department of Buildings. It’s simply incredible. Here’s a tour of what is coming up in 2016. 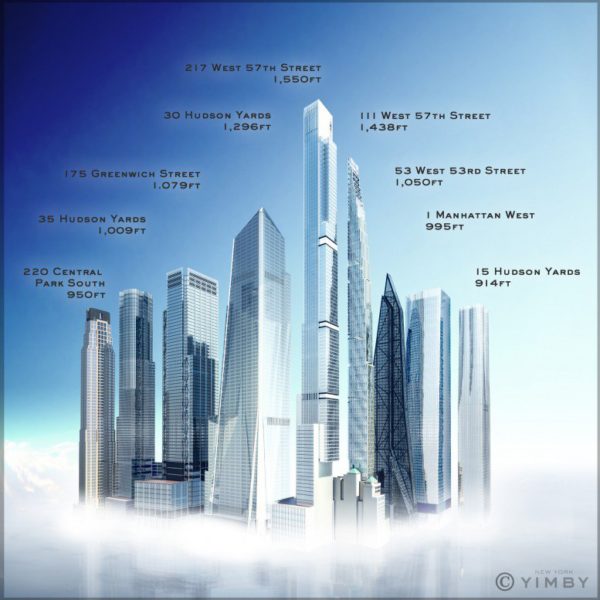 In one of the more bombshell housing news moments released as breaking news this week, we learned that the U.S. Treasury has decided to review “illicit money flowing into luxury real estate” through a big New York Times piece by Louise Story U.S. Will Track Secret Buyers of Luxury Real Estate. 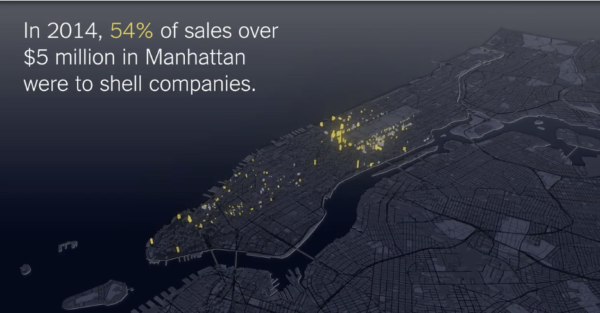 This action was inspired by the previous piece to an article she co-wrote last year called Towers of Secrecy that talked about the use of LLCs to hide assets.

Here is the press release from FinCen (U.S. Treasury/IRS)

The New York Times, who must have more information than what has been publicly released, indicated that the focus was on properties above $3 million in Manhattan and $1 million in Miami. Here are a few thoughts and questions on this announcement:

What will be the outcome of this temporary new Fed oversight?

This situation is all so so twisted. The optics are suddenly bad for consumers who don’t “borrow” to purchase a home.

Last week’s aspirational price theme continues to resonate with me so here are a few more examples of it.

And speaking of aspirational, what about the Rupert Murdoch and Jerry Hall engagement?

Since I am in danger of going all TMZ/People Magazine on you, I thought I’d move on to a lot of newly released reports and data. We released 6 more market reports this week covering the end of 2015 for Douglas Elliman Real Estate. Next week there will be 5 more. The following week will see 9 more with 2 more to close out the festivities. The general pattern reflects the beginning of notable changes after 4-5 years with a similar narrative.

My favorite newly created phrase of the week was “Brooklyn Spillover” as a demand factor that had significant influence on the Queens market. A friend told me the phrase sounded like a description of oil oozing from the Exon Valdez. Of course we known that Brooklyn is now a global brand and oozing everywhere. 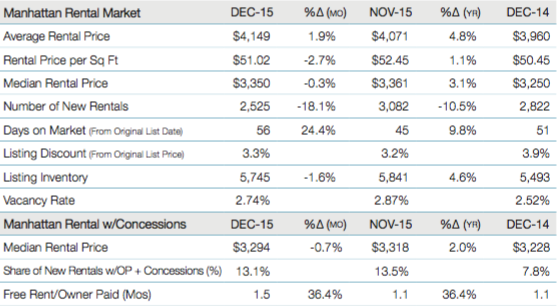 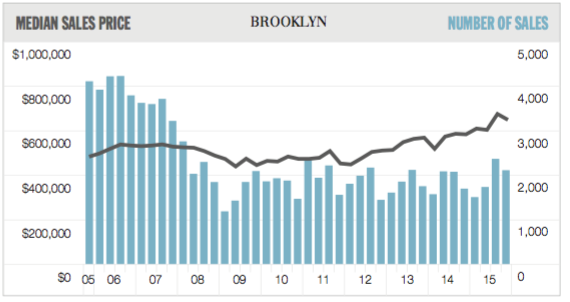 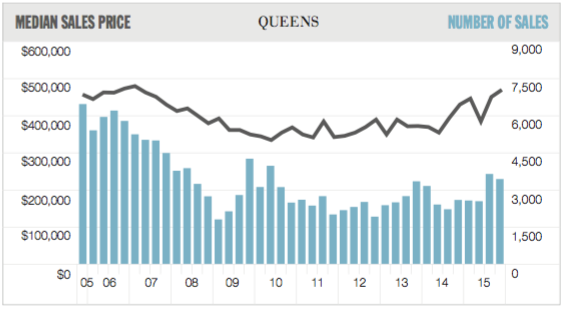 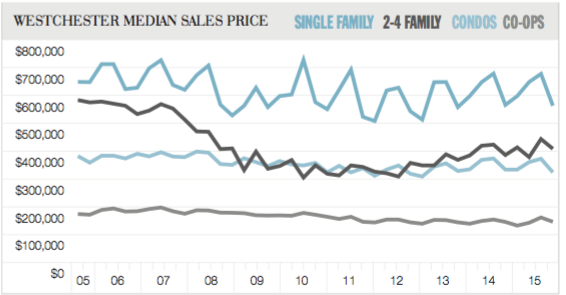 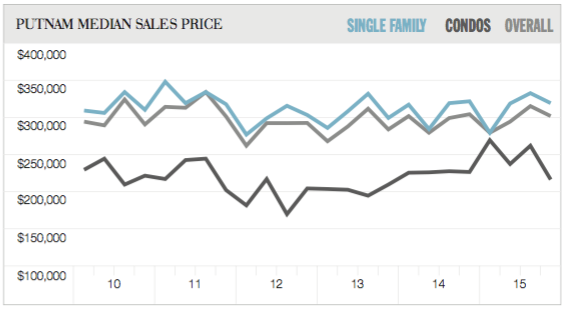 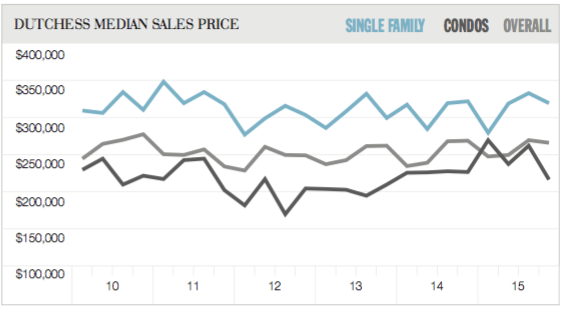 Jhoanna Robledo wrote a great article for New York Magazine that was chock full of artwork and had the best headline of the week: Living Above a Business (When the downstairs neighbors are chickens or strippers.) I answered a bunch of questions extracted from our appraisal firm’s experience in the field. 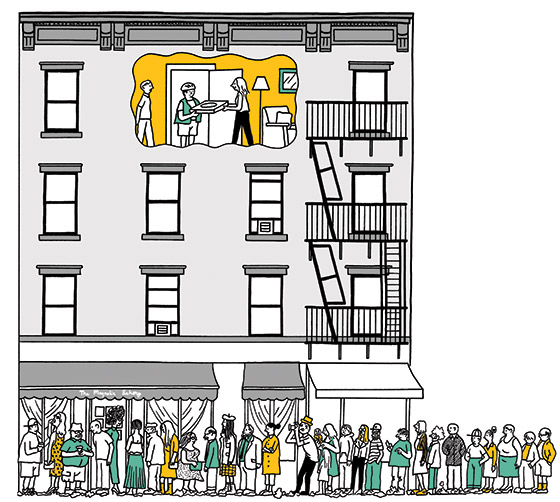 If you’re wondering what it would be like to live above strippers or chickens, or housing market insights that don’t include mainstream numbers (particularly on Friday afternoons), sign up for my Housing Note here. And be sure to share with a friend or colleague. They’ll feel rich, you’ll feel musically inclined and I’ll be play the odds.