This reporter’s grasp of language is unreal (from 4 days ago). All those years I took French (7th to 11th grade) was an abject failure!

Do you remember when you seemed to have plenty of time on your hands? One of my college roommates used to say he just wanted a job where he could sit in a room and create. While that notion seems wildly implausible, I can still carve out time to watch YouTube videos:

I returned to Housing Notes after last week’s vacation focusing on the Appraiserville section down below. For you non-appraisers, read Appraiserville if you dare.

The Manhattan Rental Market Is Brutal (For Some)

Last week, Ellison spotted a one-bedroom unit on 69th Street in the Upper West Side. For $3,100 it would get them more space, a dishwasher, big windows, and most importantly, proximity to Central Park. Within hours of it being listed, Ellison emailed the broker of the apartment who responded with a heads up: It appeared to be headed for a competitive bidding situation.

The unit only stayed on the market for a day and a half, according to Corcoran broker Tiga McLoyd. After 61 inquiries, 13 showings and eight offers, it rented for $3,625, 17% above the asking price. McLoyd, who has been a broker in New York for about 20 years, said he’s never experienced bidding wars for rental apartments — until now. 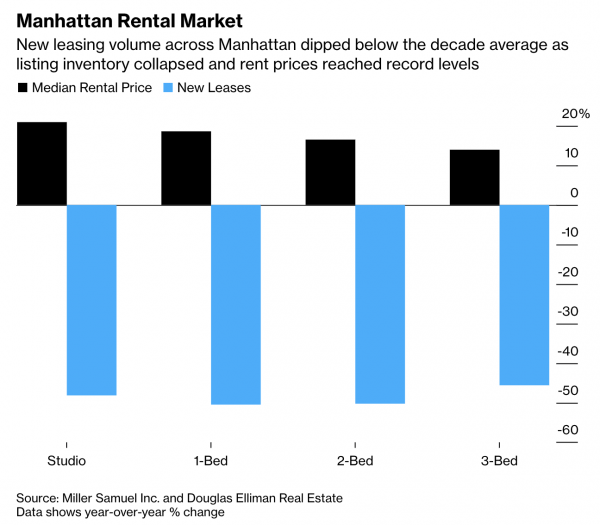 Stats Help Us Understand How Things Really Are

A1: Short answer: Everything.

A2: Or you’re way more likely to be killed in a car crash on the way to the store to buy a lottery ticket.

I love listening to Jeffrey Rosenthal, a professor of statistics at the University of Toronto, explain things!

The Sameness Of Everywhere In The U.S. Explored

One of my lasting images of pre-pandemic life was flying to an event or meeting anywhere else around the U.S. I remember seeing the sameness outside my Lyft window on the ride from the airport and the hotel where I was staying. Of course, I would notice unique elements like palm trees, farmland, and mountains, but the strip malls and multi-family developments were literally the same in each place I visited. This video articulates this better than I ever could. 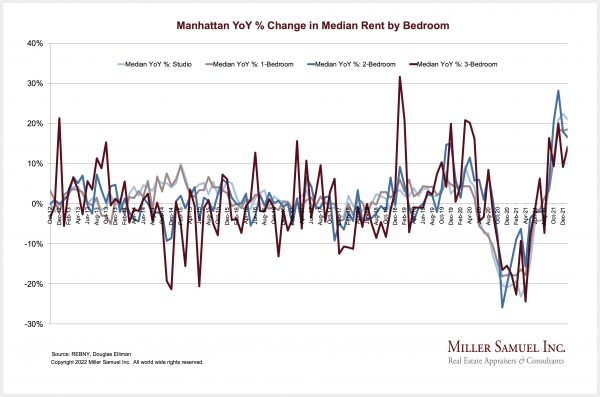 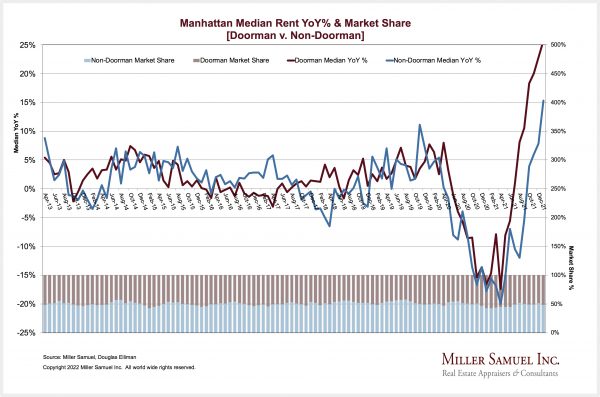 Note to my Housing Notes readers: Just because I was on vacation last week, doesn’t mean I can’t double down on charts when I return.

It's weird how blasé @NHTSAgov seems to be about vehicle designs that we know will kill children. pic.twitter.com/AwhvDHTBGQ

Going back >2 decades, stock market gains (orange) have outpaced home price gains (blue); and both have outpaced rise in CPI (white)
[Past performance is no guarantee of future results] pic.twitter.com/3o2Zz2f0G9

We found out today. pic.twitter.com/Z9smsr8pu6 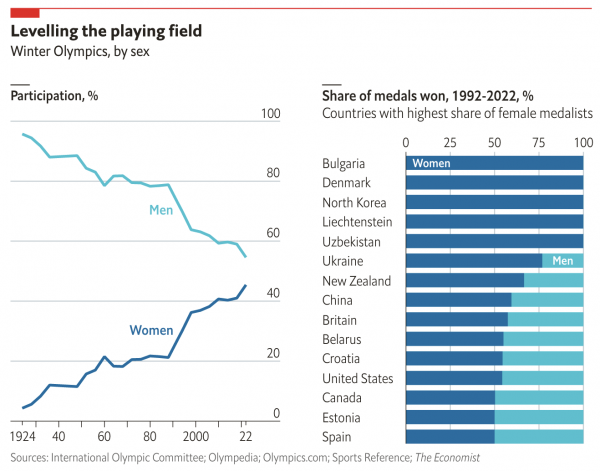 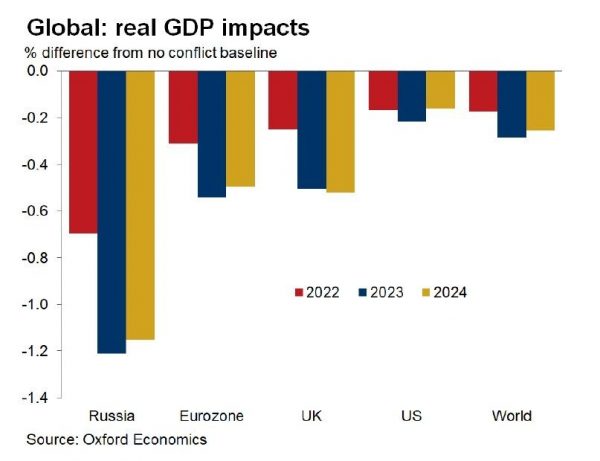 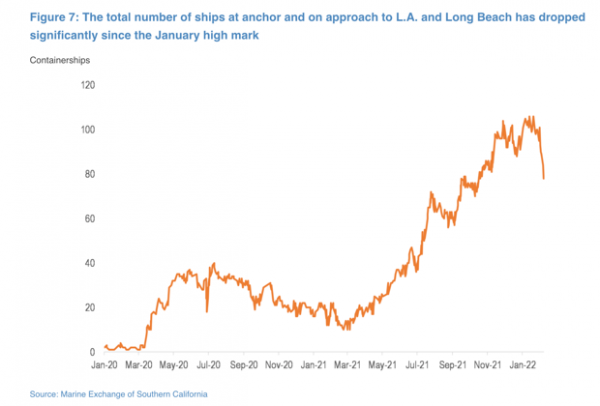 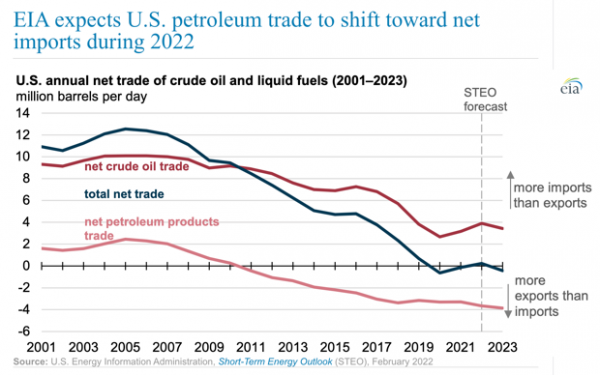 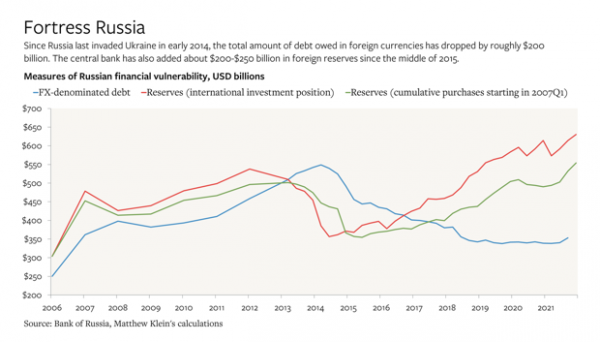 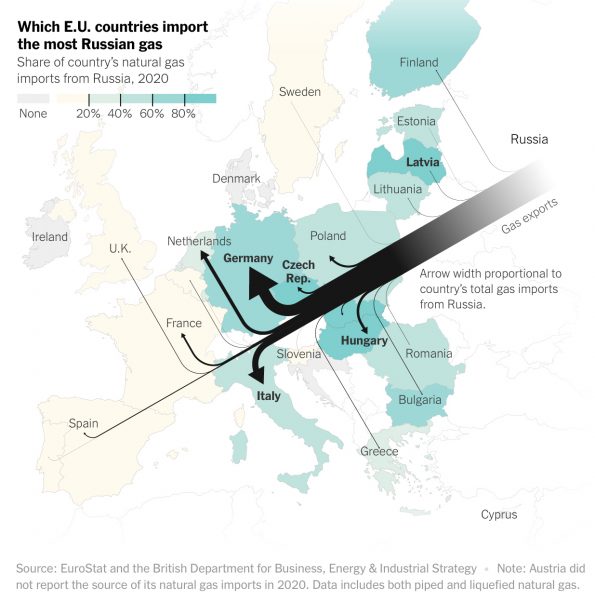 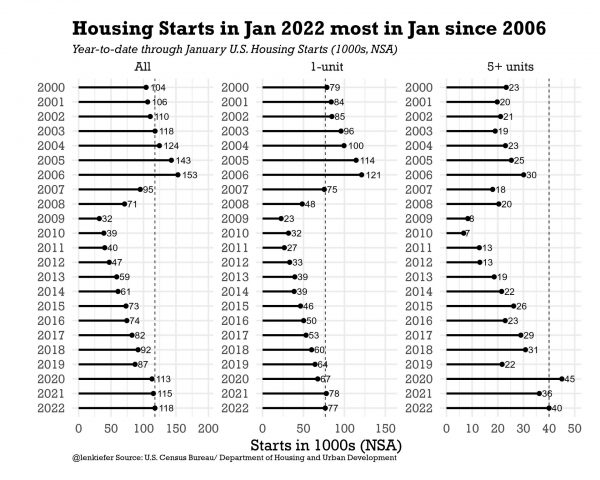 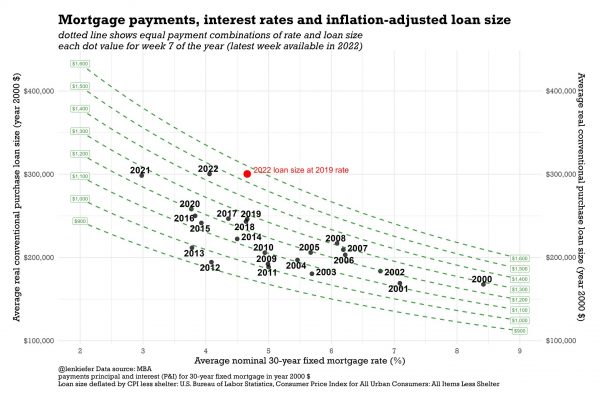 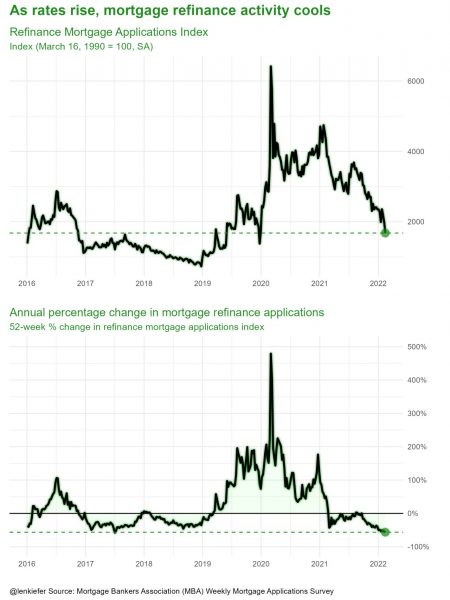 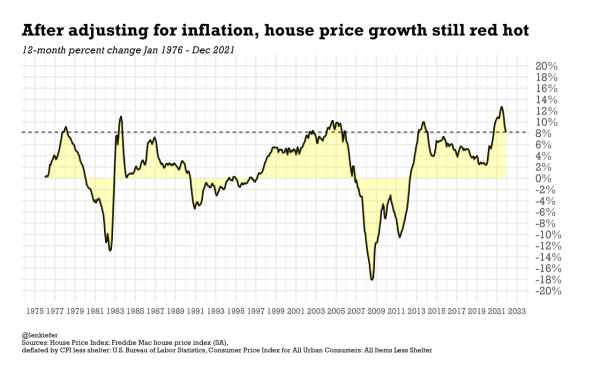 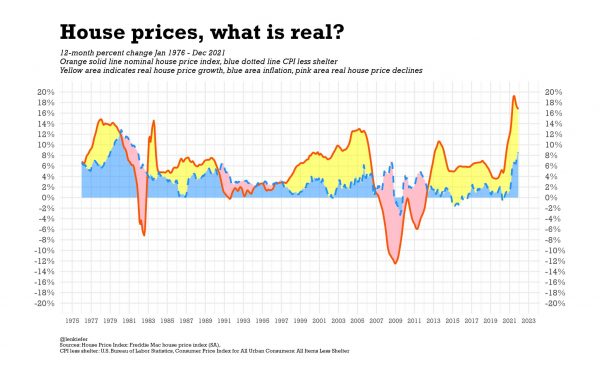 For years, Advisory Opinion 16 has been a wildly polarizing topic yet was hidden behind a paywall.

TAF has been pushing back on making USPAP fully public because it will impair its key and wholly inappropriate 2030 vision statement of becoming financially independent. Right now ASC has offered to pay to make USPAP free but TAF has refused because they don’t care about appraisers, and need to keep forcing them to pay for USPAP so TAF can escape any public accountability.

We have morphed into a weird USPAP world where only certain parts of it are visible to the public and those parts Standards 1-4 and AO 16 are only public because TAF was pressured by the industry and regulators to share it. The idea that the public can’t know about the laws that govern appraisers without paying for the privilege is fundamentally wrong. Americans should not have to pay to understand the laws/rules/regulations they are subjected to.

I wrote about this a few times – here are a couple of things I mentioned:

January 28, 2022:
– AO16 is ludicrous for the very reason many have pointed out by saying appraisers can make value adjustments for racial compositions if data is out there when in fact, appraisers are not supposed to do this. USPAP is ambiguous about this. This is one of the problems of TAF cost-saving mantra by not having lawyers review any of their USPAP changes for things like compatibility with “fair housing.” Just look at the laundry list of stupid appraiser quotes about this topic culled from appraisal reports by the GSEs. What a mess.
– Pay to play applies to USPAP. ASC has the funds to make it all free but TAF needs to collect money from hard-working appraisers unnecessarily so that they can achieve their Vision 2030 goal of financial independence. TAF has made Standards 1-4 free so they seem to feel they’re covered yet if someone wants to read AO16 they have to pay $75. The Cosmic Cobra Guy has been warning us about this for years.

July 16, 2021:
– The AO16 draft is under review and has been extensively rewritten by amateurs yet doesn’t use the terminology of the Americans With Disabilities Act and, as usual, has not been reviewed by legal counsel*?

* All USPAP changes are not reviewed by legal counsel, yet USPAP gets baked into the laws of the 55 territories and states? Presumably, this is done to save money. This is wildly irresponsible allowing things like the Ethics rule to be poorly written, seemingly giving appraisers leeway to use “valid?” racial data to make race adjustments in their appraisals (crazy, right?)

Appraiser’s Racist Rant Goes Global, But AI Will Do Nothing Because Amorin Won’t Allow It

An appraiser’s racist email sent to a researcher was shared on Twitter.

Hey @AI_National @TheAppraisalFdn, I just received this overtly racist email from an appraiser who claims MAI + AI-GRS designations. He seems to be angry about my research. What is your response? pic.twitter.com/JWwnPPN5if

In the Twitter thread, someone shared a Yelp review:

Not surprised at all by the single review for his company on Yelp. pic.twitter.com/rgKkUgvSa9

Here is Maxine Waters’ letter that this racist email by Dave LaVigne enabled: 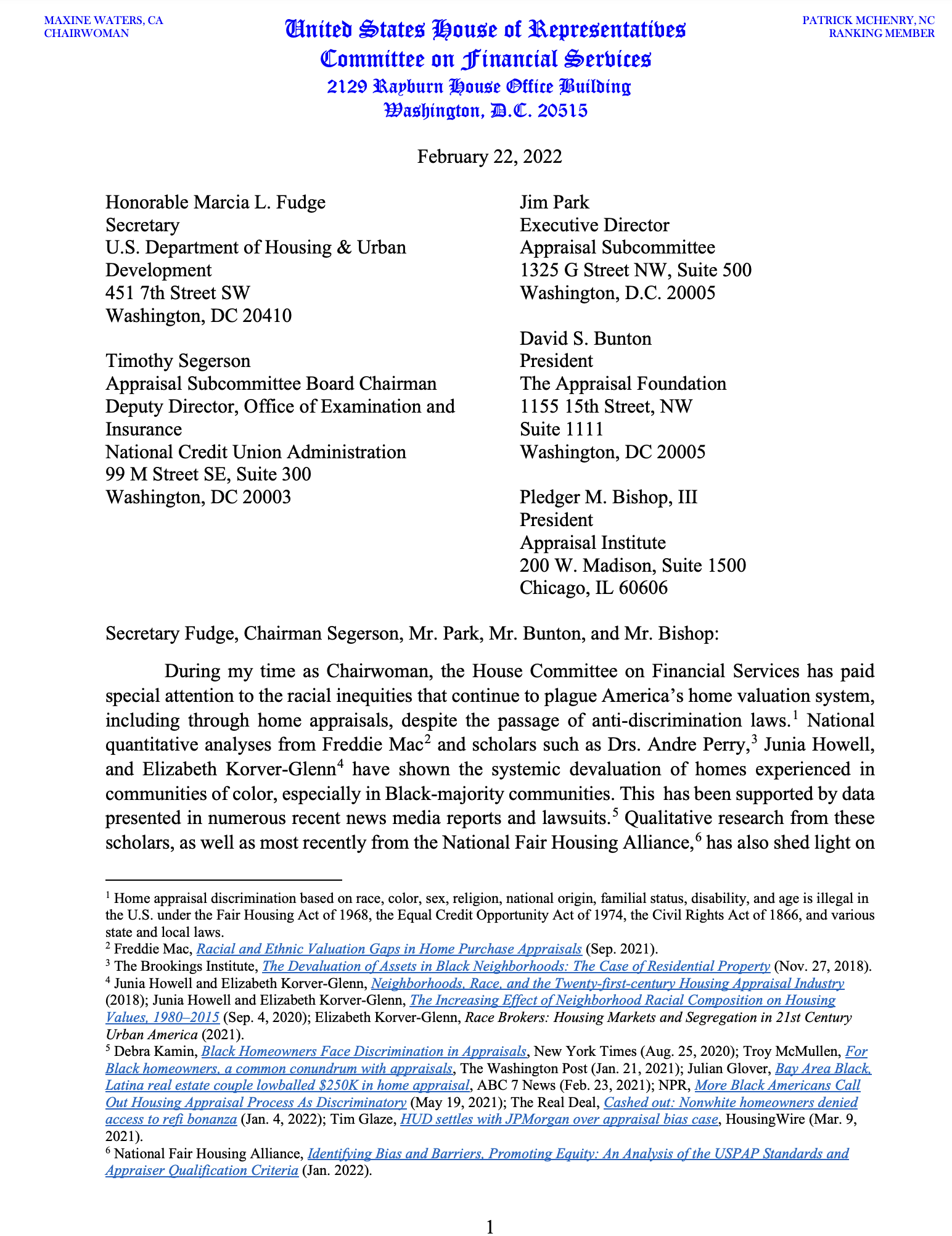 In her letter Water’s redacts the appraisers name even (and not the AI logo) though his identity was disclosed in the tweet above: 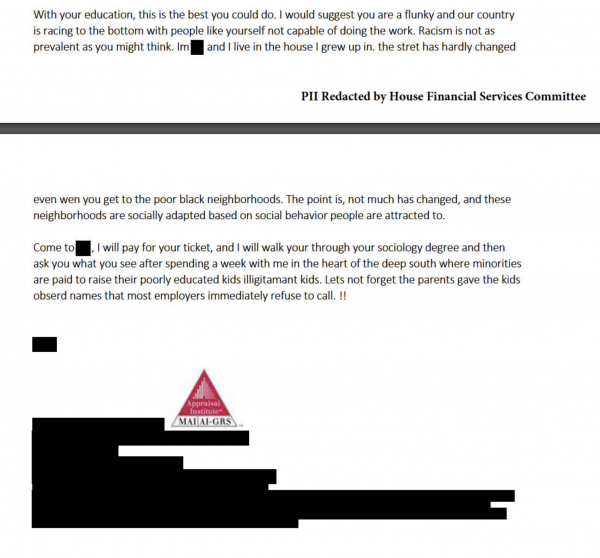 I confirmed today that this guy is an AI member. Wow! 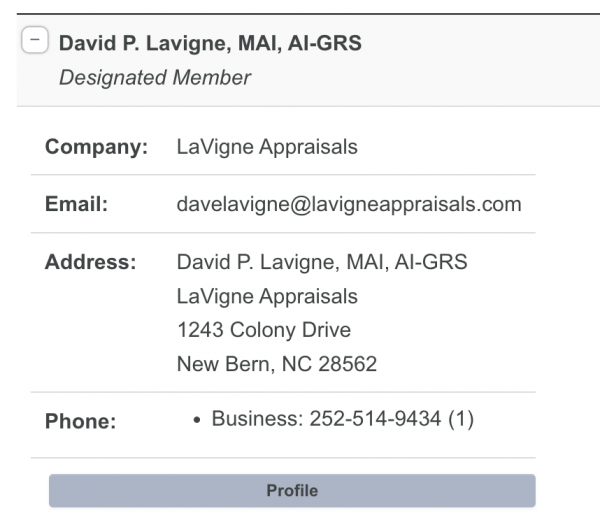 While the internal policy at AI is no direct action on these matters, now is the time to do something because this action is brand damaging. It doesn’t matter whether this North Carolina appraiser is a good appraiser or not, or the nicest person on the planet (to white people) the Appraisal Institute should have a press release stating this person has been kicked out of the organization. I suspect that is what prior president Rodman Schley would have fought for but Super Duper, the current president, absolutely will not. I am hoping he surprises me.

All MAIs should be up in arms about this because the value of the MAI brand just dropped, like it or not. Inaction just gives the world more reasons not to pay a premium for your services. Wake up and do something about it today!

Appraisers Are Being Targeted: Letters Of Disagreement Are Nice But Don’t Demonstrate Action

Real estate appraisers find themselves under assault from all angles on discrimination and have spent a lot of energy trying to stop it. The typical scenario is:

While such a letter is needed, it doesn’t solve the problem for the industry yet we don’t seem capable of doing anything more. That’s what’s been missing from this situation – effective industry leadership.

Yet we’re part of an industry that is 96.5% white. That’s a systematic structural flaw and now that the cat is out of the bag, we will ALWAYS BE exposed to criticism. That criticism won’t fade away so clenching our hands in private and writing letters will do nothing to maintain the public trust or keep our appraisal organizations relevant.

When we look deeper and see…

*…which would have given them a platform to review the actual reports to see if the claims were valid and provide a counter to the appraisers are racists narrative that has developed through lack of pro-active efforts.

And now, Congresswoman Maxine Waters of the House Financial Services Committee is going after the appraisal industry because we have not participated in the public discussion of all these events. Incidentally, this issue is not expected to evaporate after the midterms. TAF stands in the way of commerce, which is a bipartisan issue.

Taking ‘nothing but net’ to a new level: