When I was a kid growing up in Delaware and The DMV, the Baltimore Orioles were a colorful team to follow, to say the least. So before we get to punk rock housing analogies in the final Housing Note of 2019, we need to scream and yell like Earl Weaver (WARNING: NSFW).

Nobody in baseball history enjoyed the #AiringofGrievances more than Earl Weaver. Happy #Festivus Everybody! #MLBpic.twitter.com/wABIyhJkgj

Not For Mere Mortals: A Collection Of Year-End Housing Lists

Back in 2014, I started to observe a U.S. housing market pattern of wildly overpriced luxury housing listings that rarely sold. I dubbed it “aspirational pricing.”

But when some of these aspiration listings did sell, a super-luxury group think seemed to ignite more of these listings and more super-luxury sales – a true herd mentality. When I began to track closings of $50,000,000 or higher sales in the U.S. five years ago and then worldwide, it was clear that these outliers were more than a passing fad.

Tracking these sales is more work than it sounds as it requires constant updating of information, but hey, its a hobby. In my reality, I’ve found it akin to a treasure hunt. There have been a number of stories presented this week using my list and they’re all fun reads. 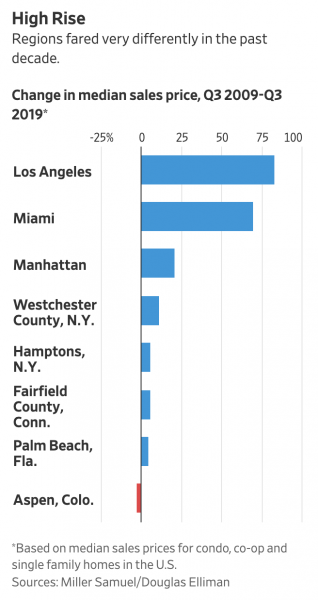 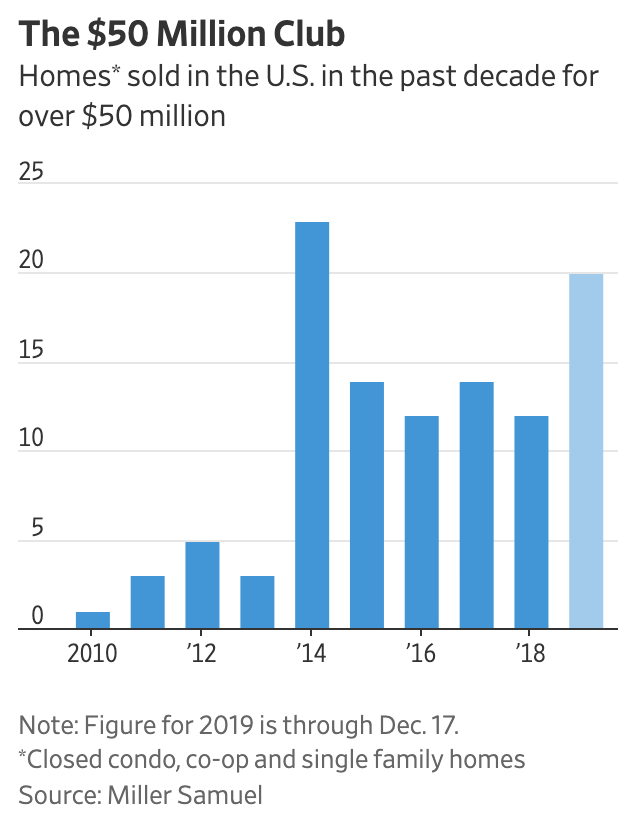 My chart below was the basis for the awesome Wall Street Journal chart shown above. I still think “magenta” is a cooler color than “blue.” In an era of weakening luxury housing, 2019 seems to prove that super-luxury transactions have little to do with the overall housing market. The strong showing in 2019 also suggests that they will persist no matter what happens in the housing market for mere mortals. 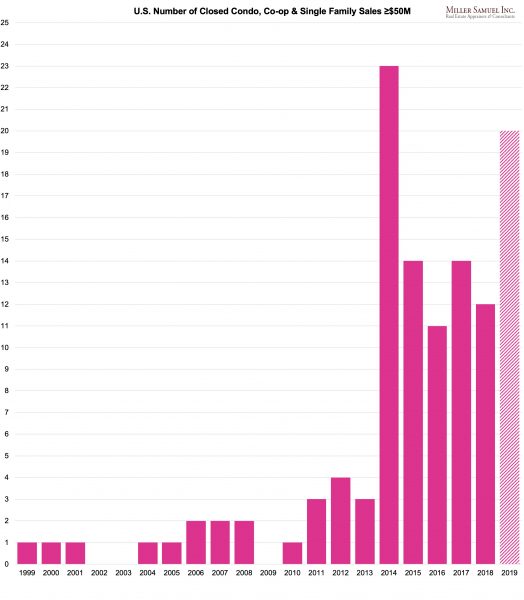 Happy New Year to all my readers of Appraiserville. I appreciate each and every one of you and wish all of you a successful 2020. I have a strong feeling that 2020 is going to be our industry’s best year in ages! And check out my friends at Find My Appraiser to renew your focus on private work and get someone to help market your services. C’mon, you need help.

Because we appraisers sweat the details to provide credible valuations, we might miss the macro right in front of us.

A few months ago I suggested that the current pilot programs for wide-scale bifurcation assignments were “dead man walking” per suggestions and insider tips related to actions by the new head of FHFA. He has consistently mentioned his aversion to the additional risk taken on by the GSEs in public speaking. Yes there is already bifurcation out there, but nothing near the scale should bifurcation go mainstream (under false pretenses I might add.)

The GSEs remain in receivership yet specifically Fannie Mae still behaves more like a Wall Street Institution than a government-sponsored entity or an entity in receivership under the federal government that they are. Remember that Fannie has a cost advantage over other financial institutions because they have the implicit backing of The Taxpayer if the mortgage market goes south. Perhaps this is why they are more willing to take risks. The GSEs made that implied guarantee a fact in their 2008 bailout and they continue to push the risk envelope with their pilot projects.

Appraisers have felt that impact first hand with our continued, irresponsible, marginalization by the banking industry who is closely and necessarily aligned with the GSEs.

As a refresher, Fannie got into trouble because they chose to serve only one of their two masters (Freddie just follows the actions of Fannie) during the bubble: “The Shareholder,” and they forgot about “The Taxpayer” – that’s what got them into trouble in 2004-2006 and eventually, by 2008 they were bailed out by us, “The Taxpayer.” And then this.

And then there is this announcement made last week from Reuters: Freddie Mac offers early retirement to 25% of workforce

Why is a GSE trying to reduce its workforce by as much as 25%? Here are two potential reasons:

If option 2 is the more likely, then it makes sense that any bifurcation pilot program – which is more expensive, less accurate and slower than traditional appraisals – is not a needed expansion of their risk profile before such a GSE merger is undertaken. A botched merger could bring down the entire economy so why would FHFA take that chance?

From my favorite music web site, Consequence of Sound, here’s a short and sweet video explaining the disconnect: Punks on Film: The Difficulty of Portraying Punk On Screen