Housing Is An Emotional Rollercoaster

The housing market, like the pandemic, has continued to be an emotional rollercoaster. Wait for it.

I made up for my light post count this week with an outrageously high number of charts.

I always enjoy bantering with Lisa Abramowicz on Bloomberg Television. This time it concerned the results of our rental market research for Douglas Elliman covered here. 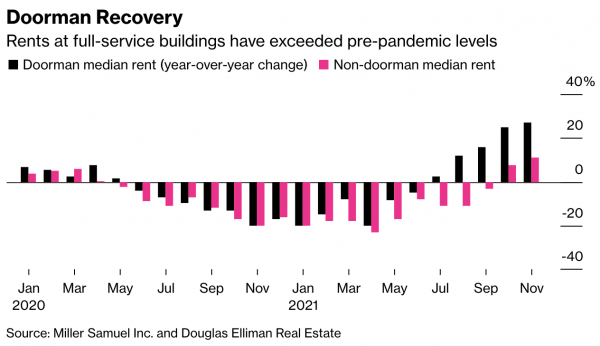 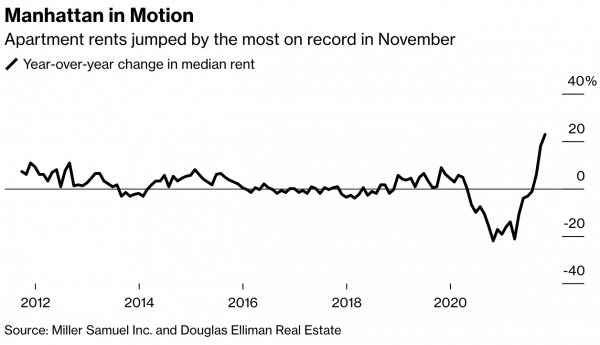 Here’s another interview I did on the same topic with NTD News:

B1M Documentary: Why New York’s Billionaires’ Row Is Half Empty

I provided some stats for this piece – it’s a fascinating take and consistent with my past writings on the topic.

Crains’s New York Business just released their 2022 Book of Lists and I caught a couple of charts and data points used from our market report series for Douglas Elliman. 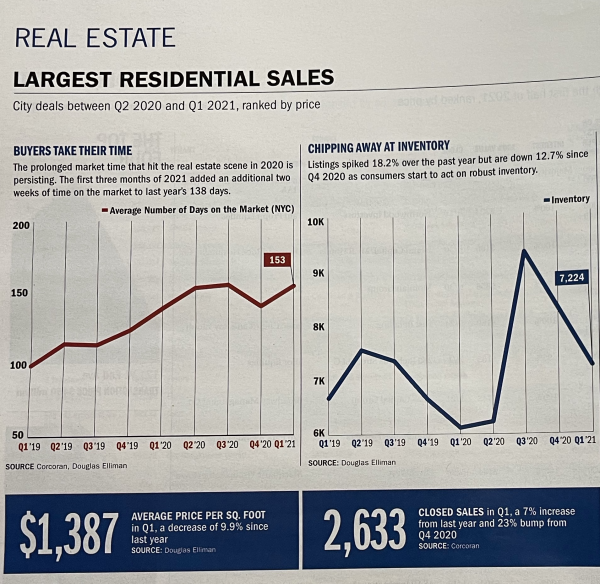 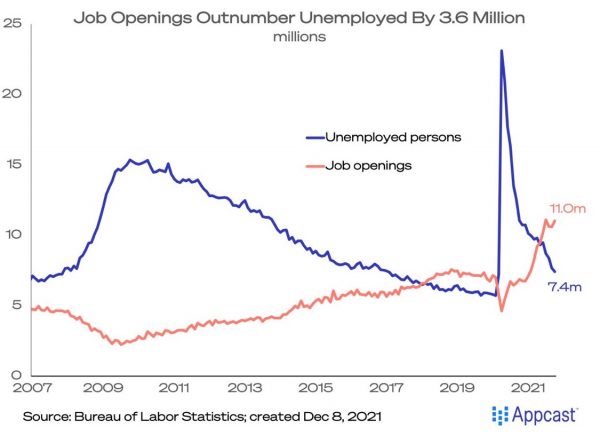 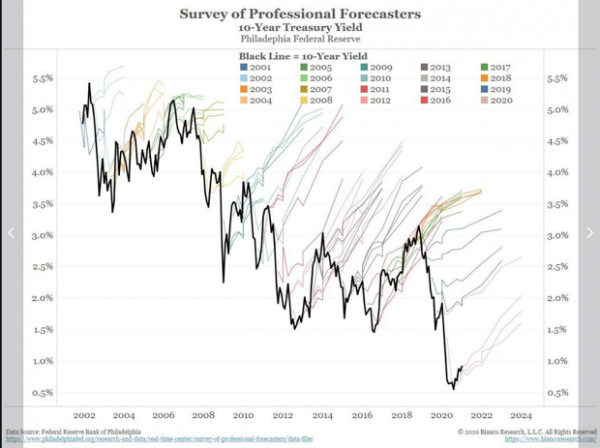 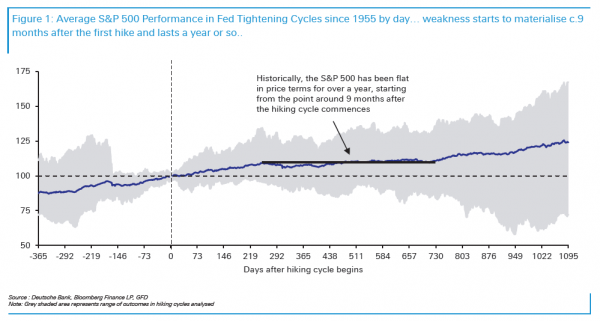 US Jobless Claims hit their lowest levels since 1969.

The US population in 1969 was 203 million. Today it's 333 million. If you adjust for this population increase, jobless claims have never been lower than they are today.

Last time CPI #inflation was this high, the 10y Treasury yield was above 14% (now 1.4%) and personal savings rate was just above 12% (now 7.3%) pic.twitter.com/yfpAjdXdwu 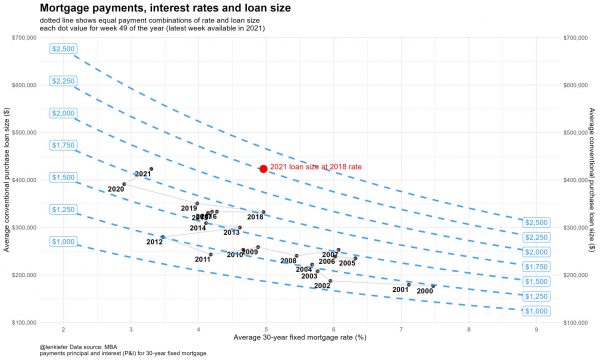 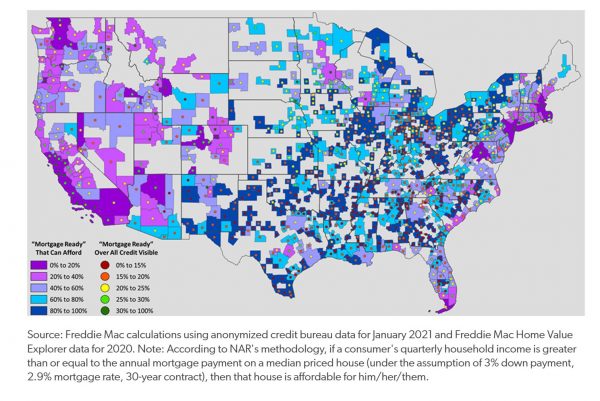 We’ve been calling out the self-dealing and conflict of interest problems on the West Virginia Real Estate Appraiser Licensing & Certification Board since mid-August. I heard that Chairman Dean Dawson just learned he’s gone viral nationwide within the appraisal industry and doesn’t know what to do since the word is already out. Thankfully, the West Virginia State Legislature and the West Virginia Governor righted the ship and took action to reset the board and get the licensing process moving in the right direction in 2022. The licensing log jam this board has created to damage the public trust is staggering. Hopefully 2022 will not disappoint those whose livelihoods have been unfairly hurt by the board’s irresponsible behavior.

Incidentally, Chairman Dawson canceled their December board meeting because there was nothing important to deal with. Tell that to all the appraisers who have been trying to obtain or upgrade their license for the past year!

Because the governor is such a politically polarizing national figure, the AP story on her patronage – pressuring, ousting and paying off the person that runs the state licensing group that denied her daughter’s license – just won’t go away as she works towards her re-election.

What’s even stranger is that her daughter stepped away from the appraisal industry as a result of her failure to pass the review process for the third time. I’m assuming this is a strategy to reduce the heat on her mom’s re-election campaign, but it only helps keep it in the public light.

Unlike West Virginia, where the governor had to step in to reset the real estate appraisal board, South Dakota’s governor tried to do something similar but presumably as only a patronage play for her daughter.

As I’ve said before, it is not a good idea to have state real estate appraisal boards dominated by appraisers because of the very real potential to do harm to competitors in the licensing process whether intentional or not (West Virginia is a perfect example). However, the presence of an appraiser on a real estate appraisal state licensing board as a subject matter expert with some power should be a requirement.

I hope that if other states that have the type of self-dealing appraiser problems that West Virginia had – who had claimed to be operating properly under the guise of federal oversight, also consider going to their governor or state legislature to resolve those conflicts.

As if the appraisal industry didn’t need another bad dose of press coverage, there’s this from Marketwatch: Thousands of home appraisals may contain racially biased language, federal regulator finds. This news piece was based on an FHFA study about appraisal commentary.

My goodness. Here are some of the standouts in the awful commentary:

The TAF BOT Oddly Had A December Meeting To Discuss Their Finances?

When TAF isn’t writing bat-shit crazy letters, they are holding board meetings.

As always, all board members were 100% in agreement.

I’m mourning the loss of Michael Nesmith of the Monkees. Their TV show remains one of my earliest television memories, and as a six, seven-year old I wondered whether they were bigger than the Beatles as I was just starting to hear about the Fab 4. While the Monkees’ comedy doesn’t really hold up, the scale of their worldwide fame is hard to comprehend in today’s world. If you’re a fan, their documentary is for you:

I thought it was especially important to note that Michael Nesmith was the executive producer of the greatest “B” movie of all time, made even cooler with an Iggy Pop soundtrack and staring Emelio Estevez and Harry Dean Stanton: Repo Man.