Housing Inventory Was Eclipsed By Sales

This week’s solar eclipse offered a brief respite from the intense political news out of D.C. that seemingly hits us every day. We sang about it. We mapped it. We got back to arts and crafts. We got excited about it. Yes we did.

Had an appointment at peak eclipse so I brought my mobile Lucky Charms solar eclipse cereal box to capture the moment. I haven't attempted arts and crafts since 1975 but it worked!

NAR released its existing home sale report for July. Inventory has fallen for 26 consecutive months on a year over year basis and the price set a new record. The lack of supply pressed prices upward and higher prices are reducing affordability. The 6.2% jump in median sales price was insane.

Existing home sales down 1.3% in July from CNBC.

US Treasury Indicated 30% of High-End Sales Were Suspicious

UPDATE – It looks like CNBC made a mistake and interpreted the FinCEN 30% figure as a share of all sales – which confirms my original hunch below was right. According to the Miami Herald, the 30% figure related to the 240 sales they examined for a total of 73 suspicious transactions from 2/29/16 to 3/9/17. It is clear that FinCEN is trying to throw doubt into the arena because, even though they have discovered a very small amount of money-laundering cases, with the wire transfer loophole closed, they have a more effective way to catch these transactions than ever before. 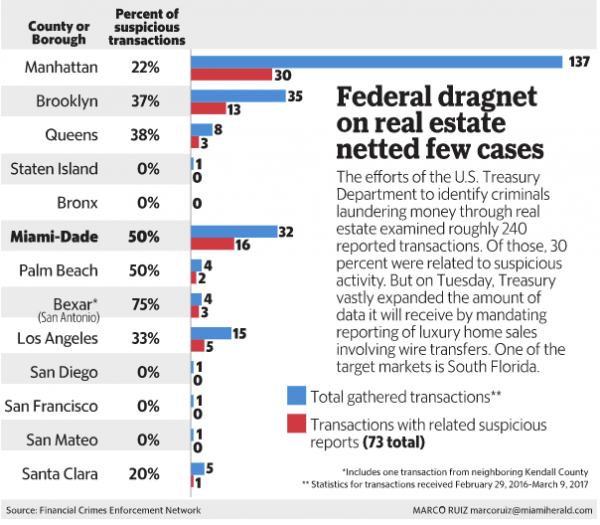 FinCEN (UST) began cracking down on money-laundering and kleptocracy in 2015 just after the super lux new development cooled. I feel their 30% figure high as if there is something more to the derivation of that percentage that we have not been made aware of. It suggests to me that this announcement was a warning or reminder to market participants that this behavior is being watched. Good.

I have a lot to say on the appraiser-less mortgages being touted by Fannie Mae, but it will have to wait until next week. We are getting our youngest off to college and taking the weekend off and heading for the beach, pizza on the boardwalk and some serious skeeball. In the meantime, here is what I do have for you. The chart on the AI National exodus is kind of amazing. But that’s what happens when an organization ignores and even works against its membership. If AI National was a company, it’s leadership would have been fired at least 5 years ago.

In all fairness, AI National could see additional sign-ups but this will be tempered by the now spirited debates surrounding their governance proposal. The key issue in front of the organization now is the “taking” policy where they announced their plans to take chapter funds last fall. This was largely done without advanced warning or membership input and their recent governance committee came up with a similar recommendation.

I assume the faster decline in membership occurred because of all the unknowns with AI National’s future or actual survival in the short term.

In the following chart, I matched up the current ASC registry totals with AI membership through the middle of the year (May for AI National and July for ASC).

The rate of AI membership decline has accelerated to triple what it has fallen since the financial crisis began, yet ASC Registry numbers are stabilizing. 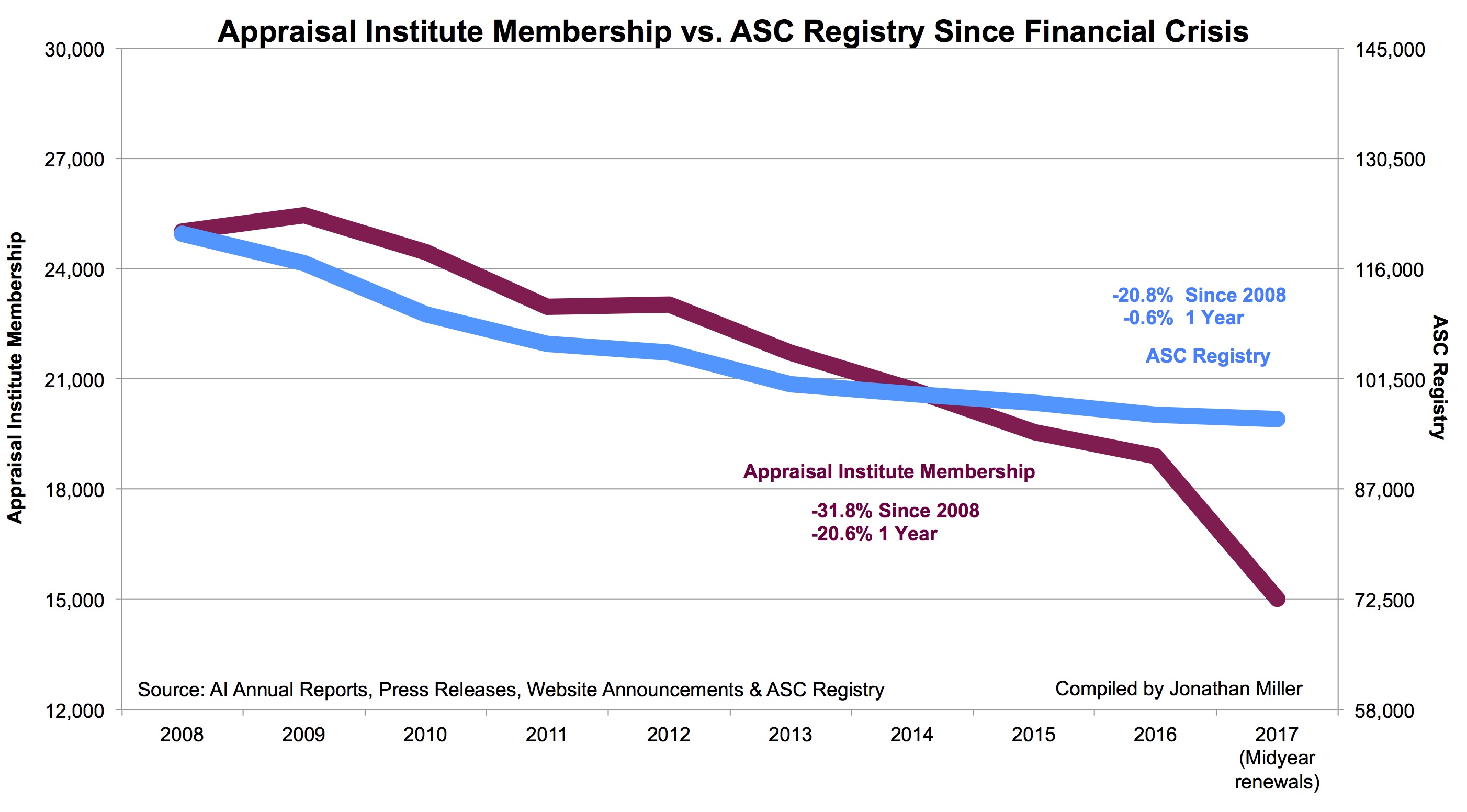 An URGENT request to my readers: I have only been able to verify AI membership totals back to 2007 and a 25,000 total for 1995. If you have any annual membership totals by year prior to 2007, it would be greatly appreciated. I would keep the source anonymous. I am interested in comparing the AI membership trend since 1992 when the ASC registry data begins.

The NCREAA hired attorney Steve Cannon – the same lawyer representing Louisiana’s Licensing Board in their case against the FTC – to write a response to the FTC letter of June 30, 2017.

NCREAA felt there needed to be a response rather than leaving the FTC letter to stand unchallenged. Here is the Cannon response letter.

These are questions that will be asked at an upcoming chapter meeting with AI National in attendance. The one burning question I have always had and it has never been addressed in an open and credible way to the membership: “Why does AI National need to take each chapter’s money when that has not been an issue to all but a handful of the smallest chapters? since AI National was founded?”

National Board of Directors