Housing Vanity Never Goes out of Style, but Forget the Celebrity Premium

Summer is rapidly coming to an end (disclosure: I LOVE cold weather) so I thought it would be a good time to take a look back at some housing related items we thought we understood. Call this a summer house cleaning (because it’s too hot and muggy to go outside). If they aren’t housing related, pretend they are because I simply wanted to include them starting with the most important:

How Did Saltwater Taffy Become A Beach Thing? – It’s amazingly simple and it’s something I always wondered after growing up in Rehoboth Beach Delaware.

How does someone live in a 100 square foot apartment? – Because some people can figure it out.

“Luxury” Housing is Everywhere – The use of the word “luxury” when associated with real estate is now ubiquitous and yet it is still effective as a marketing description. While I define luxury in all of our market research as the top 10% of each respective market, it’s much more subjective than that and those definitions are always in flux. Back in 2009 I was appraising a beautiful home of a plastic surgeon – the dark days following the collapse of Lehman Brothers in 2008 – who, when I asked how things were going said business was booming because…

“Vanity never goes out of style.”

Celebrity Premium – The premium placed on celebrity homes is wildly misunderstood. While this is not a “luxury” home example it speaks clearly to the issue of the perception of the celebrity premium. I loved the music of Nirvana from day 1 and have everything they’ve published, would tell my family to be quiet during long road trips to Michigan when their songs came on the radio, it doesn’t mean that I or his fans would pay a multiple of what his childhood home might be worth, even if the home smells like teen spirit. In the case of large “luxury” (see above) properties, there is a greater probability that the owner is a bold faced name, whether it was a celebrity or a titan of industry. Pick a market like New York or LA, and a large swath of homeowners might fall into that definition – so put that pipe dream aside. Best case might be a faster marketing time because the property gets more marketing eyeballs and maybe that results in some sort of premium. Still in the real world, proof of the celebrity premium is not empirical to my satisfaction. For every example of a premium, I can show a 10 fold of examples without one. 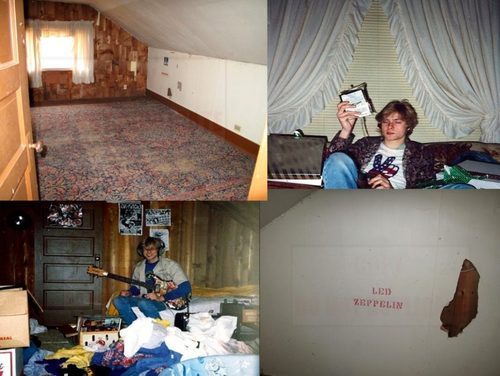 Going “Topless” – In my 5th Housing Note on April [3, 2015] “Headless Housing Titles in Topless Market” I didn’t expect the phenomenon to sort of be attempted to be kind of resolved in a political manner. Ok, I was just trying to tie in the word “topless” without sharing a photo (this is a family service) so let’s move on.

A September Interest Rate Hike By Fed Was Assured – If I was paid a dollar each time I heard a chief economist or financial analyst over the past several months say that the Fed was going to raise rates in September I’d be a thousandaire. The Chinese currency devaluation I explored in last week’s Housing Note and low inflation are shifting conventional wisdom toward a December rate increase, but even the odds of that are falling. For anyone connected with the stock or other financial markets, or are wealthy, the economy feels like it is booming. For mere mortals, it doesn’t. I have no idea what I am talking about when it comes to rates but I have been saying that a rate rise won’t happen before 2016. I know nothing about this topic so therefore I know as much as the prognosticators do. 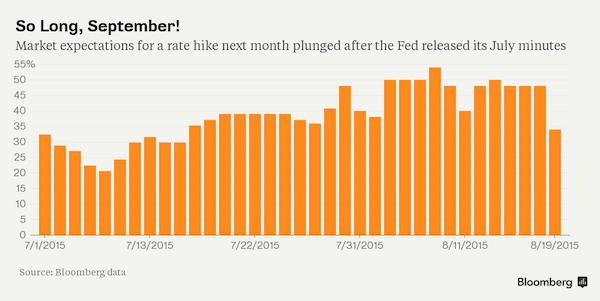 The McMansion is Back! (but maybe not for long) – After setting a record for size last quarter, the average size of a newly built home slipped (by about the size of one closet). Just drive around the Hamptons market on the eastern end of Long Island. There is a slew of McMansion spec development going on right now. At least someone still loves the McMansion. 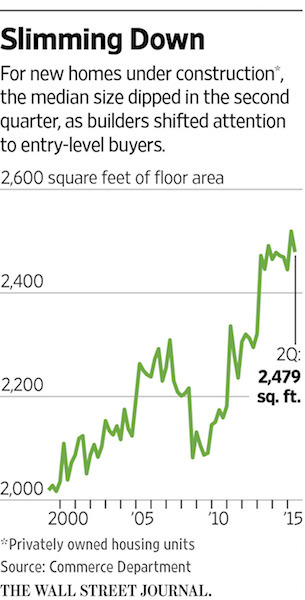 Rental and Sales Price Trends are in Sync – I demonstrated this pattern in this week’s ‘three cents worth’ column I’ve been writing for Curbed New York since 2004. What’s most interesting to me about the current trend of rents and sales prices rising together is that for the most part, it is largely driven by tight credit conditions which I have addressed frequently since 2008. 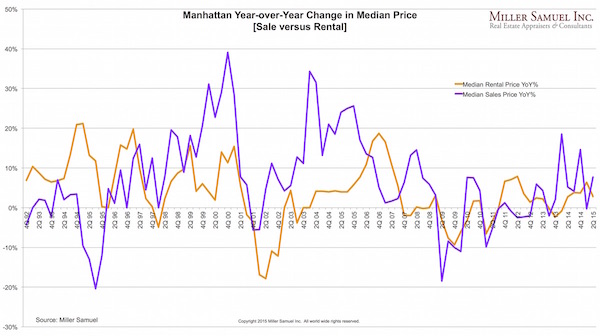 Appraisal Industry – For all of you who think the state of the appraisal industry is improving, you need to reconsider, because it hasn’t and it’s terrible. Every day I get feedback that shows how hopeless the situation is and I think I’ve been beaten down so much by it as have my colleagues, that I’m sick of talking about it. Get ready for this to change. Here’s an email to an appraiser from one of the largest appraisal companies in the U.S. They claim they are not an appraisal management company (you know, the 3rd party institutions that banks rely on who send appraisers from out of town to value a property because they will work for 50% of the going rate). AMC’s have destroyed the quality of the appraisal industry as a whole by enabling form-fillers and driving out experienced valuation experts (who didn’t get involved with the mortgage broker fiasco of the last bubble despite AMC rhetoric).

Read this conversation below between an appraiser who declined to work for appraisal goliath MetroWest. This dialog is representative of the way the AMC industry and large vendors see appraisers – as a nuisance and a commodity – rather than an asset that provides a benchmark valuation to make informed lending decisions [click it to expand, its a fuzzy image]:

What happened to human decency? And when will this Housing Note end?

All will be better once you share these Housing Notes with your friends and colleagues (C’mon, seriously. SHARE.) and ask them to sign up. It’s free. And it’s cool, unlike the weather in New York City.