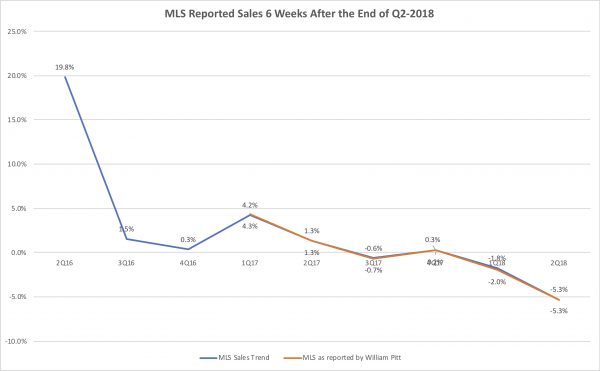 Housing Tarmac-Talk: When You Love Your Job

In a cooling housing market, as the long-standing narrative slowly changes, some people become miserable and others thrive.

Some just throw cones (I can relate to cone-throwing whole-heartedly).

“Destroy the housing market in the richest nation on the planet”

To bring you back to yesteryear, I thought I’d share some choice email quotes [4] from RBS [5] bankers during the housing bubble. These came out after the $4.9 billion [4] settlement with DOJ.

Apparently, most of the following people loved their jobs…

(RBS) bankers joked about destroying the US housing market and senior staff described the loans they were trading as “total f***** garbage,”

loans they were selling were “all disguised to, you know, look okay kind of … in a data file.”

head trader at RBS got a call from a friend who said: “[I’m] sure your parents never imagine[d] they’d raise a son who [would] destroy the housing market in the richest nation on the planet.”

“I take exception to the word ‘destroy.’ I am more comfortable with ‘severely damage,'” he replied.

chief credit officer at RBS wrote to colleagues saying that loans were being pushed by “every possible … style of scumbag,” and it was “like quasi-organised crime.”

Makes you wonder if something like this will happen again?

Is The Foreign Housing Buyer Going To Be Extinct?

A few years we saw tremendous pushback from the city of Vancouver who levied a tax on foreign buyers and their vacant condos to curb their price distortion of the market. Sales fell soon after that.

New Zealand is now banning most foreign buyer home sales [6]. You might not be aware that New Zealand and neighboring Australia saw a massive influx of Chinese buyers before the U.S. did.

Previously the housing market was open to investors worldwide, but the government on Wednesday passed legislation that allows only New Zealand residents to buy homes.

When Drones Become Ubiquitous, What Happens When They Fall From The Sky?

There was a fascinating New York Times [7] article on drones and their use in the construction industry. I get it. I think the possibilities for their use are endless but it kind of feels like the wild west. Perhaps because we are deep into the hype cycle, I never see concerns expressed, for example, about them falling from the sky and potentially killing pedestrians. Sidewalk scaffolding seems inadequate in size.

Am I alone on this line of thinking? 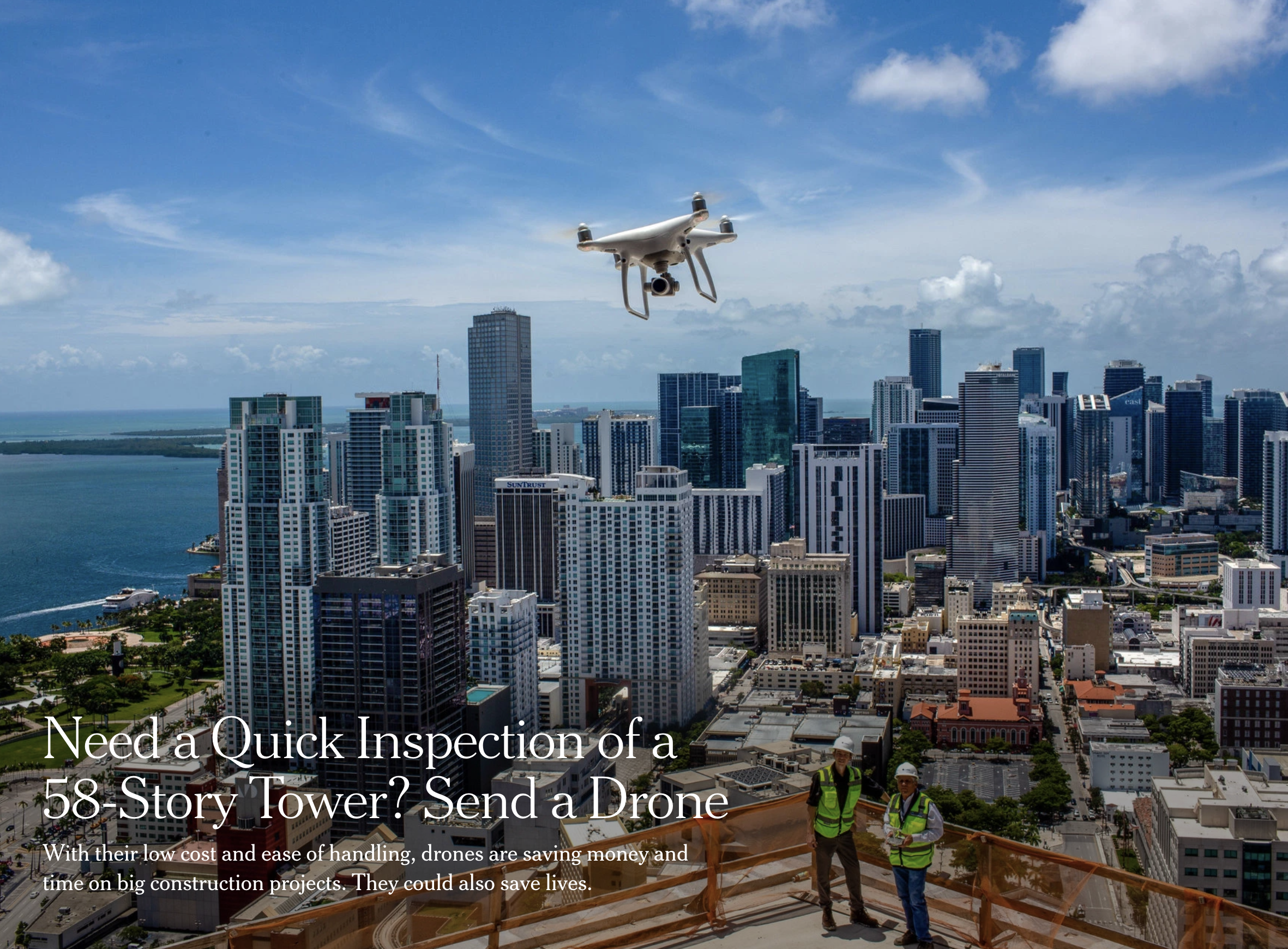 Confirmation Bias Part 2: Ignoring Their Own Trend And Doubling Down On Using National Statistics To Sugar Coat

Last week a suburban real estate brokerage firm took issue with the market results of our Q2 research in Westchester and took the liberty of sending a press release to present themselves as the provider of the most accurate narrative about existing market conditions. I responded to their rebuttal in last week’s Housing Notes under the heading: Confirmation Bias: How Real Estate Prognosticators Can Stumble Over Their Own Messaging [9].

They did not provide any additional market facts and incorrectly proclaimed that a series of national economic statistics specifically applied to Westchester County and skipped over the explanation why those statistics did or did not apply to the other 3,006 U.S. counties (I thought NAR’s slogan “Every market is different” applied to Westchester but apparently not). They criticised me as irresponsible for discussing the new federal tax law as it relates to high cost, high tax markets without giving an actual reason.

Well, it looks like my response prompted them to rush to publish a rebuttal [10] to my rebuttal to their rebuttal to my report sticking with the national statistics thing as primary market evidence, essentially doubling down on an embarrassing gatekeeper-like old school logic. Using their data, they concluded that their data that showed 3 out of 4 quarters with declining sales was not a trend. This is what they actually said [bold for emphasis].

The fourth quarter of 2017 actually shows a small increase of 0.3%, and the third quarter of 2017 a slight decrease of 0.7%. Therefore, it is not true that there have been four consecutive quarters of declines, and where declines did occur, they were not nearly as steep as reported. The data does not seem to illustrate a year-long trend of falling sales.

This firm’s PR effort has been focused on downplaying the declining sales trend or any market weakness. They seem to have lost track of the market. Using their methodology, the following chart shows the two-year general trend in declining sales. 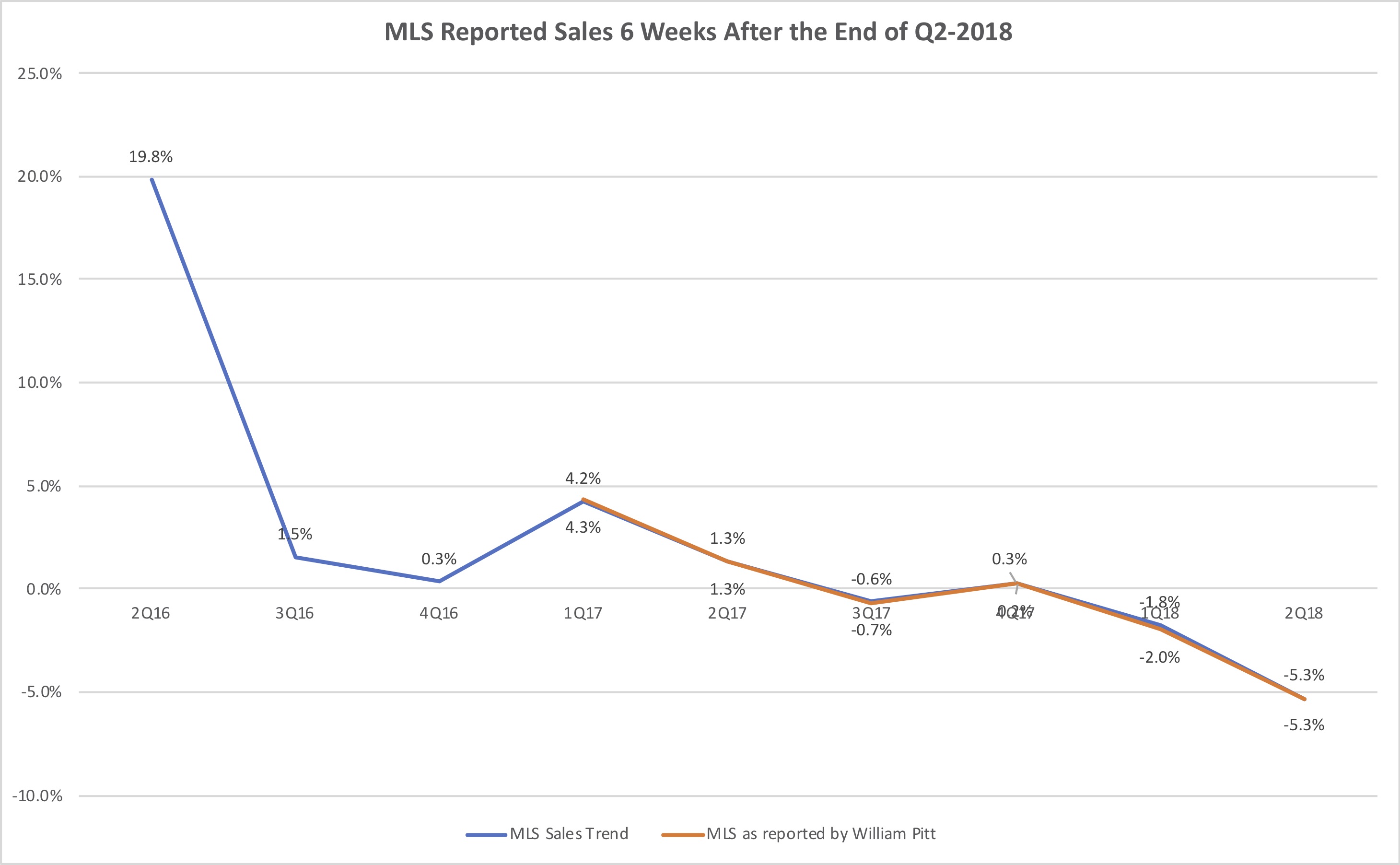 Their 2Q-2018 year over year sales decline of 5.3% was the largest decline of this two-year window, and as the most recent data point, it is reasonable to discuss the potential impact of the new federal tax law, enacted on January 1, 2018, right now. I think it is a potential cause for the greater rate of sales decline in 2018 shown by their data. Any potential reasons for the Westchester slowdown should be openly discussed rather hiding it from their customers or hiding from reality.

After all, sellers, buyers, and agents in the market are feeling the slowdown (seasonality accounted for) at this very moment and have questions. Using the CEO’s logic, a brokerage firm that sugar coats actual trends is acting irresponsibly, right?

Someone sent a photo of a full-page ad by William Pitt [12] that ran this weekend in the NY Times real estate section. I also saw it.

Their CEO continues to refute the trend of falling sales yet showed falling sales (look at the upper right chart that they mislabeled “Quarter over Quarter” (it shows year over year declines). He ran this in local community papers last week and I’m told he even pontificated in a softball interview on local station News12. Another person tipped me off about the CEO’s video series “Supply and Demand” on their company website. The one video of a faux interview setup I watched has 8 views (so I there is no need to link to it) and it demonstrates how heavily William Pitt relies on national housing market statistics to advise their agents and customers on how their local housing market is doing. The CEO does a good job of explaining macro stats in the video but it is just that, macro, and has nothing to do with the specifics of the market they cover any more than it does Peoria Illinois or Compton California. I alluded to the classic misdirection of this effort earlier. This is why most economists missed the housing bubble in the last cycle. Fed Chairs Greenspan and Bernanke missed it too. The problem with espousing econ 101 is that it sounds smart but doesn’t consider new inputs to old macroeconomic rules. Evaporation of credit standards then, and new federal tax law now.

I’m sure the CEO is under tremendous pressure to make his agents feel empowered because they are worried about the current slowdown as shown in their company charts. I’m going out on a limb and suggest their agents appreciate him talking tough as I mentioned last week, but they don’t agree with his macroeconomic emphasis:

One of their top agents [13] covering Larchmont and New Rochelle respectfully disagreed with her CEO’s emphasis on macro stats to describe a housing market:

I rather think this article by our President and Chief Executive Officer, Mr. Paul Breunich says it all, but it is important to note that the real estate market is always local, and also determined by price point!

Here is some great feedback on the recent ad…

The Streisand effect is insane here. People would have forgotten about the article in a week and he takes out a full page ad? It’s like someone emailing all of their friends: “Reasons why I didn’t cheat on my wife no matter what Susie the waitress may have said on Facebook” when they had no idea there was an allegation or who in the world Susie is.

Vicious cycle. Imagine what happens if (when) economy takes a turn, Tax plan takes effect, AND there is a ton of inventory. Anecdotally, everyone in BK is worried as well. Can’t imagine up there.

While I appreciate their CEO’s passion for macroeconomic insights, he misses the forest for the trees by skipping local housing trends to placate his agents’ concerns. I’m looking forward to chronicling how this firm talks about the next 3 quarters.

AI National Pitches Their Own National Registry Without Telling Anyone

I’ve been told by many parties that this is the work of AI National. It makes sense since it requests something that no one is interested in because it is wildly redundant and is more about making them relevant again. To hard-working AI membership: This is how your annual dues are being used.

This is the discussion draft [14] that has been making the rounds: ESTABLISHMENT OF NATIONAL APPRAISER LICENSING SYSTEM AND REGISTRY.

About 95% of drafts like this are never enacted into law but seriously, why push redundancy when no stakeholders in the appraisal process are clamoring for this? Why push so hard? I believe it is part of the master plan to allow AI National to take the place of either the ASC or TAF to regain relevancy, have access to the registration fees and perhaps some sort of financial reason that explains this bizarre behavior.

As I mentioned before [15], there are many more credentialed appraisers. The letter lays out the logic very clearly.

AMCs Slow The Mortgage Process, Not The Appraisers Themselves

Appraisers who work for AMCs understand how significantly AMCs slow the appraisal portion of the mortgage process down. AMCs may spend days trying to find someone who will work for a below market rate. Addendum requests can come 3-5 days after the report is delivered. It all adds up to a much slower turn time yet the appraiser is held to a tight standard of a few days for their entire process. That outside looking blaming the appraisers but that’s not the issue.

VACAP is asking appraisers nationwide to share their empirical timelines on AMC work on this time-sensitive project. Please help them right now [17] to make this project a success. Thanks!

AI President lays out their 2018 Goals From Their Bubble

ONE Push residential appraisers to do $25 evaluations for reasons AI isn’t willing to share and then fog the situation by proclaiming it is necessary to follow regulatory rules and regulations:

“The use of evaluations isn’t the end of the world as long as appraisers are doing the evaluations,” Murrett said. “This, of course, falls in line with the regulatory rules and other regulations. We’d like to see appraisers do evaluations and not be in fear of violating USPAP requirements.”

TWO Continue to promote the false narrative that the appraisal population is falling when exam takers rose 20% last year and that the Bureau of Labor Statistics projects the appraiser population to grow 14% [19] over the next decade:

“Another area of concern is the shrinking number of appraisers, whether it is the actual certification count by the Appraisal Subcommittee or the actual number of bodies which is what AI counts,” Murrett added. “The trend of incoming appraisers is still going down. We’re still an aging profession, and in the next 10 years as appraisers retire or pass away, the number of new appraisers entering the profession won’t be any larger.”

If you need something rock solid in your life (particularly on Friday afternoons) and someone forwarded this to you, or you think you already subscribed, sign up here for these weekly Housing Notes [20]. And be sure to share with a friend or colleague if you enjoy them because: