As we settle into the dog days of summer, I needed something to make it to Labor Day. This short clip leverages the majesty of the most underrated rock album and song from my youth and, well, you simply need to watch all 14 seconds.

Not sure of source but oh my god????? pic.twitter.com/7z87zRoUzO

And think about how you could be happier..not this way.

The Happiest Guy in the World from The New York Times on Vimeo.

Douglas Elliman published our research on the rental market in 3 of the 5 NYC boroughs this week. This is part of their expanding market report series that I have authored since 1994. As those who are regular readers of these Housing Notes, you’ll know I love charts. There was a lot of great coverage of the research that focused on the continuing narrative of weakening rental conditions.

Bloomberg’s story was the number 3 most read story as of the opening bell on their 350K± terminal subscribers worldwide.

I’d like to claim it was because of great rental data and analysis but it may have been because the headlines invoked oldies music:

Either way, here’s a chart: 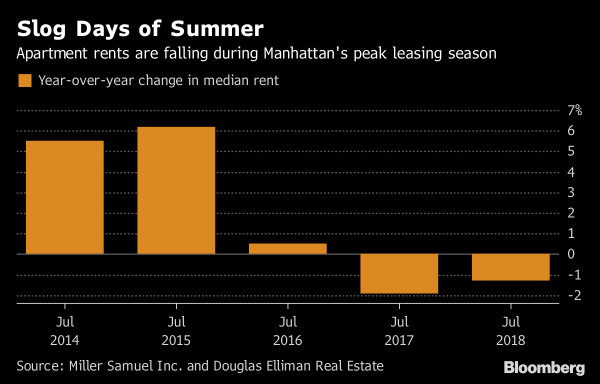 And here are some of our charts. 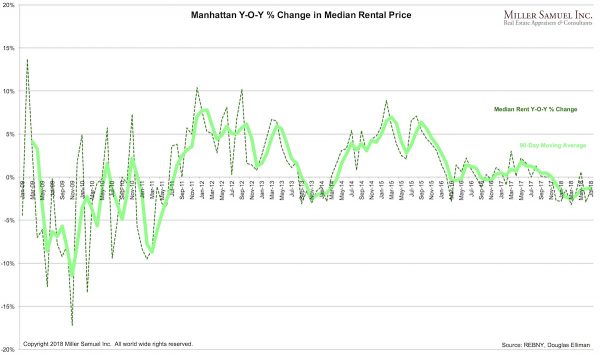 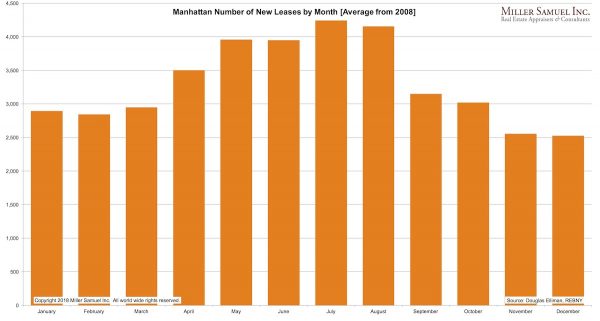 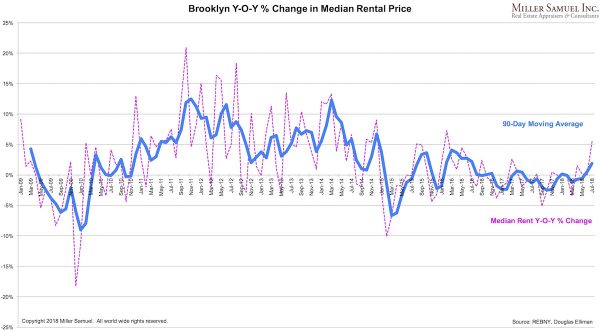 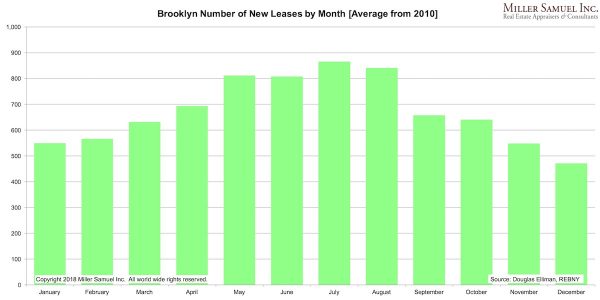 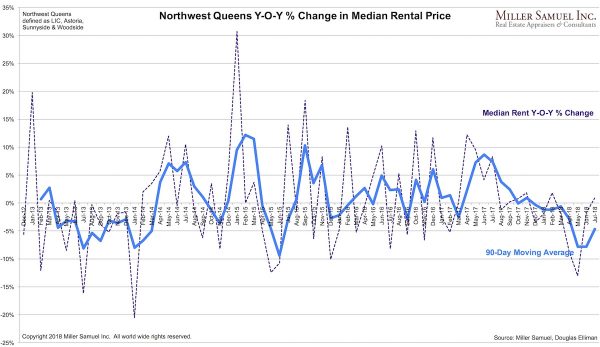 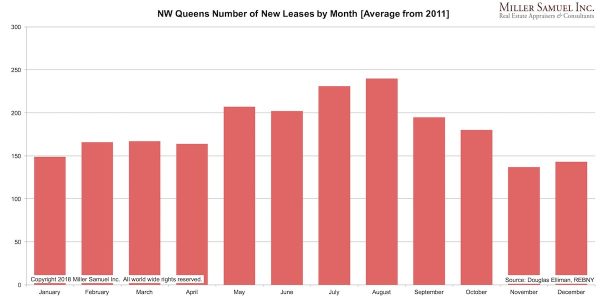 JCHS: Young Adults Are Less Likely To Move Than In The Past

The thirtieth issue of the State of the Nation’s Housing Market by the Harvard’s Joint Center for Housing Studies was published and they provided a lot of tidbits in a summary blog post. 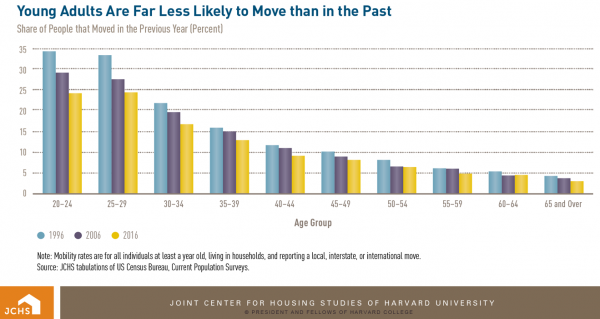 Confirmation Bias: How Real Estate Prognosticators Can Stumble Over Their Own Messaging

Here’s something less upbeat about the real estate brokerage industry.

Many firms have a limited ability to convey to their customers and their own agents the actual conditions of their housing market. It isn’t easy to do because many suffer from “confirmation bias” which damages their credibility as a reliable source for future market condition pronouncements.

A friend of mine who has years of experience in the executive space of the brokerage industry sent me this press release and told me this:

I’m sure you know this but when the market is down and mediocre agents don’t know what to do or say, the heads of brokerages have to write letters like this to look tough. So many times I’ve been in the room for that discussion and I’m so glad I’m not playing in that sandbox anymore.

A brokerage firm in a housing market I cover felt compelled to criticise one metric of my report and then used that to call into questions everything else I observed or suggested in The Sky Is Not Falling: A Rebuttal to the Recent Westchester County Real Estate News Stories. I reported a larger decline in sales than the MLS did and this brokerage took the liberty to explain what they thought I did but added a lot of embellishment to their rationale and forgot or weren’t aware of the growing number of stories like this:

It was a fascinating sleight of hand because I reported that the number of sales fell more than the MLS reported. Well, as basic market analysis tells us, one metric doesn’t make a market but this letter shows they used it as a segway into a lot of glowing market commentary but neglected to source the linkage – it was more about how they felt, even calling my analysis irresponsible. They said:

The stories contend that the market slowdown is resulting from the recent tax law changes. Yet as we have demonstrated, this conclusion is being derived from inaccurate data. The slowdown is far more minimal than we are being told. From our perspective, it would be irresponsible to draw a firm conclusion on how the tax reform might shape the market for the simple reason that at this early stage, it is still impossible to know.

Based on this quote, I can only speculate that their author intentionally left out that this was the fourth consecutive time that year over year sales declined for the county and for single-family sales or they were not aware of what was happening in their own market. If I replaced my number with their number, it shows the same trend and that was my point. We are seeing a decline in sales across nearly all markets in the entire NYC metro area.

As they teach journalists in journalism school, there must be 3 data points to show a trend yet they apparently only have 1 and we have 4. Using their logic, it is irresponsible for them to draw the conclusion that there is no potential impact from the tax law until we all know more, especially when agents are getting this feedback from buyers in their everyday interactions.

Here are the macro conclusions this brokerage falls back on to “defend” the local market and ignore four consecutive quarters of YOY sales declines – they are using macro U.S. data so this means that EVERY market in the United States is performing the same way as Westchester (paraphrasing from their letter):

The next reason is my favorite – it is what I call “fogging”:

“The Conference Board Consumer Confidence Index’s reading in July yielded a strong index of 127.4, nearly an 18-year high, after holding at consistently elevated levels during the first six months of the year. The average Index was 127.8 from January to June 2018, with a peak of 130.8 in February. When consumer confidence is this healthy, we typically see demand in the real estate buyer pool follow suit.”

“There are still plenty of consumers purchasing and investing in Westchester—about 95% of the number of people who bought here last year, in fact, as of the end of the second quarter.”

I assume this brokerage felt better after writing this press release – for the next one, they might explore using local data to make their point instead of relying only on references to national data. How about updating this press release to talk about four consecutive quarters of sales declines to help their agents engage with their customers in a thoughtful, credible way? Or would that be irresponsible?

Ran out of time but will focus on the Florida appraisal board meeting this week: look for the new battle cry” “Sh#t Can The Straw Man.”

The epic story of how a good appraiser got blacklisted.

LREAB c. FTC is getting more interest by other states:

BRIEF FOR THE STATES OF MISSISSIPPI, IDAHO, IOWA,RHODE ISLAND, AND UTAH AS AMICI CURIAE IN SUPPORTOF THE PETITIONER AND IN SUPPORT OF A REVERSAL

Last week I wrote about the sham of the SB-70 2 year strategy by the leadership of the 6 AI California chapters to allow the entire industry to provide reports without verification of anything for 365 days (January 1, 2019 to December 31, 2019) just to be able to claim a win.

When you listen to this testimony, you can see lies and silliness used to support SB-70. The need for this 365-day only bill (thankfully 2019 is not a leap year) is pure make-believe. Plus the claim that a restricted report can only be for one party is false since multiple clients can be placed on it.

Not surprisingly, the AI California membership is largely unaware this is happening.

Senate Business and Professions Committee hearing (from 3:40 and concludes at 50:00):

Two Week Notice: It Will Be A Year Since AI National CEO Grubbe Left In Middle Of The Night

In two weeks it will be a full year since the AI National CEO position became vacant. The fact that the organization has its pants on fire with falling membership while vacating any apparent concerns about their residential members’ livelihoods. I was told that former 2x president Jim Amorin was given an award in the recent AI National conference in Nashville for filling in for the vacant CEO position. If he wasn’t paid for this additional responsibility, at least membership saved $400,000 in CEO salary. I’m going to go out on a limb and speculate that he will be the next CEO but the senior executive strategy is to wait a while until the vacancy is largely forgotten. In order to keep the band together going forward for all those trips abroad, I would think that this position will be filled by him or the small group of leaders that remain protected from scrutiny.

Next on the list: Whatever happened to that AI Residential Focus Group formed a year ago?

This is not the way to run a trade group.